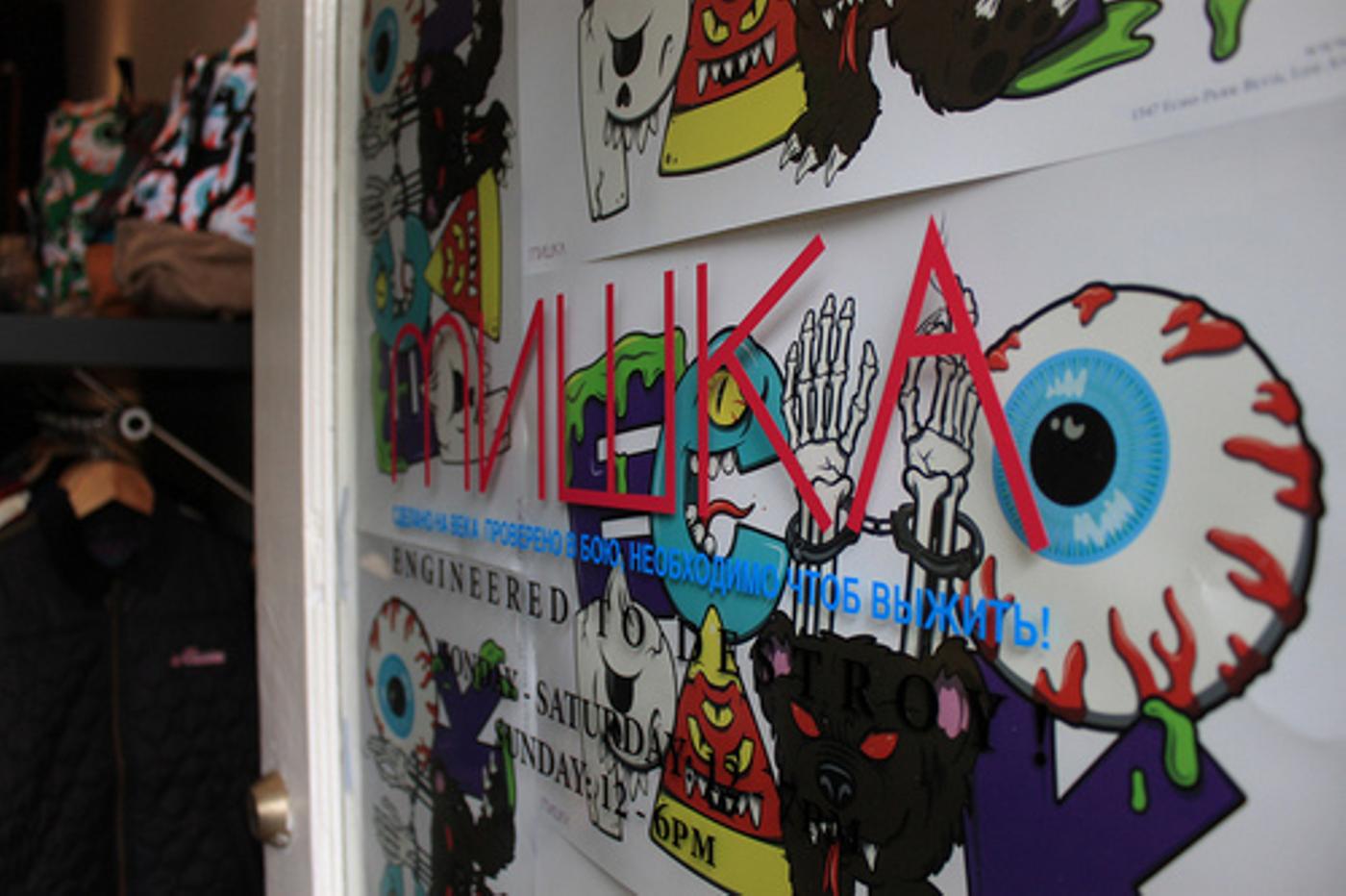 Last weekend was the Mishka Los Angeles Echo Park store opening party. Since I designed the space for the guys, they flew me out to help with the setup and to attend the opening party. Of course, I had to bring my bike, even though I only had a day to ride it.

I’ve got more photos and a recap below. 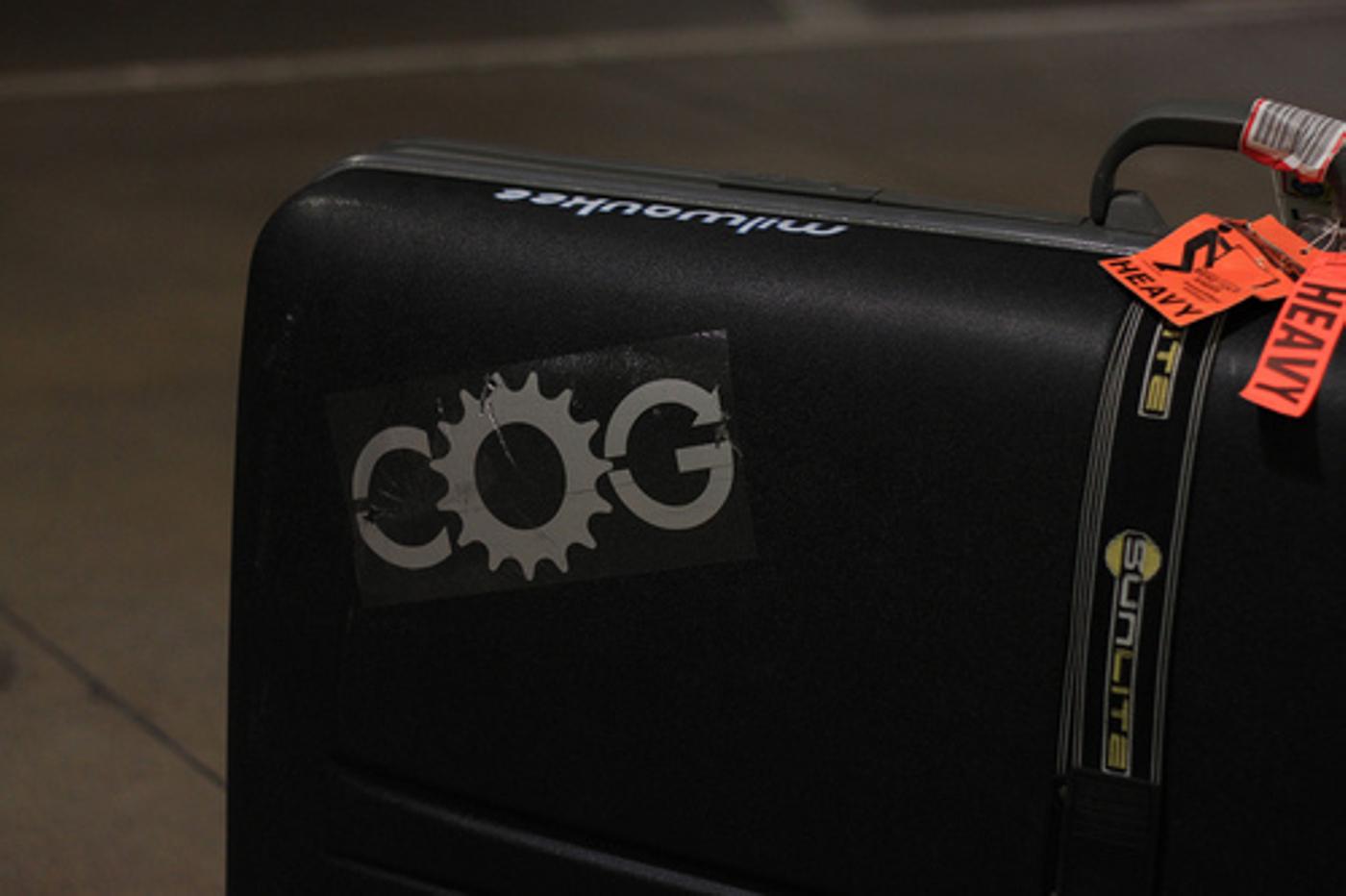 I packed up the Bruiser and flew out to LA.

The first night, we got in really late, but the next morning, we were at the space at 11am. The first details that popped right out were the paintings that Lamour Supreme had an evil hand in. For example, the address for the store, painted in bone letters. He opened the Gate too! You’ll have to search for this one yourself; it’s hidden. The Adam Wallacavage chandelier was already installed when I got there on Friday. Man, it came out awesome. One of the other details that is consistent with all of Mishka’s stores are their toys that line shelves and fill niches. It’s absoultely essential that when I work on designing a space for them, that I make ample room to display their toys.

Including the ones that they’re selling. Like these Cure Boogie Men, the Monstre Hero Ape and the Bootleg Kaiju, all done exclusively for Mishka. Greg picked up this massive Skinner painting too. Another detail that we incorporated into all the store designs is the purple neon. The Echo Park store got the same treatment as 350 Broadway. We were there late setting everything up on Friday night. Then, out of no where, the sounds of skidding tires filled the air. The Take Over LA guys came by to check out the progress. We were there until 2am or so setting up the store. The next day I met up with locals to go riding. After spending the day riding the streets of LA, we headed over to the opening party. A good sized crowd was there when the store opened and come time for the reception party, it had gotten bigger. We locked up and went to get a drink. Greg and his nephew.

After the opening reception, we all went to the Echoplex for the afterparty. Ease was creeping about. Jill was taking photos of her tonsils. This was the last photo I took that night. I’m guessing because I was completely spent come midnight. I missed most of the afterparty, which sucks but I still had a blast. Other people were there with cameras, so expect their photos to surface shortly. For now, Caesar Sebastian has a gallery up on Mishka’s website. Check it here!

I’ve got a few more up on my Flickr too.

If you’re in LA, swing through the Echo Park store and let me know what you think.