Editor’s note. I emailed Mike, requesting a few quotes about this bike, and received a novella, telling the tale of Mike’s interest in the outdoors. While I could pull quotes from it, I felt that as a whole, it tells more of the tale than I ever could…

I often tell my son, and my nephews, that there is nothing better than finding something in life that you are passionate about.

I’ve been lucky in that regard, I guess.

I grew up in Korea, loving the outdoors and playing in the pine forest around our home and the neighboring hills, hiking the majestic Sorak mountains of the west coast, and living in the waters of the Yellow Sea for as much of my summer each year as possible. The outdoors became a passion for me, in many ways without me ever realizing it. It was inside me waiting for opportunities to come out. 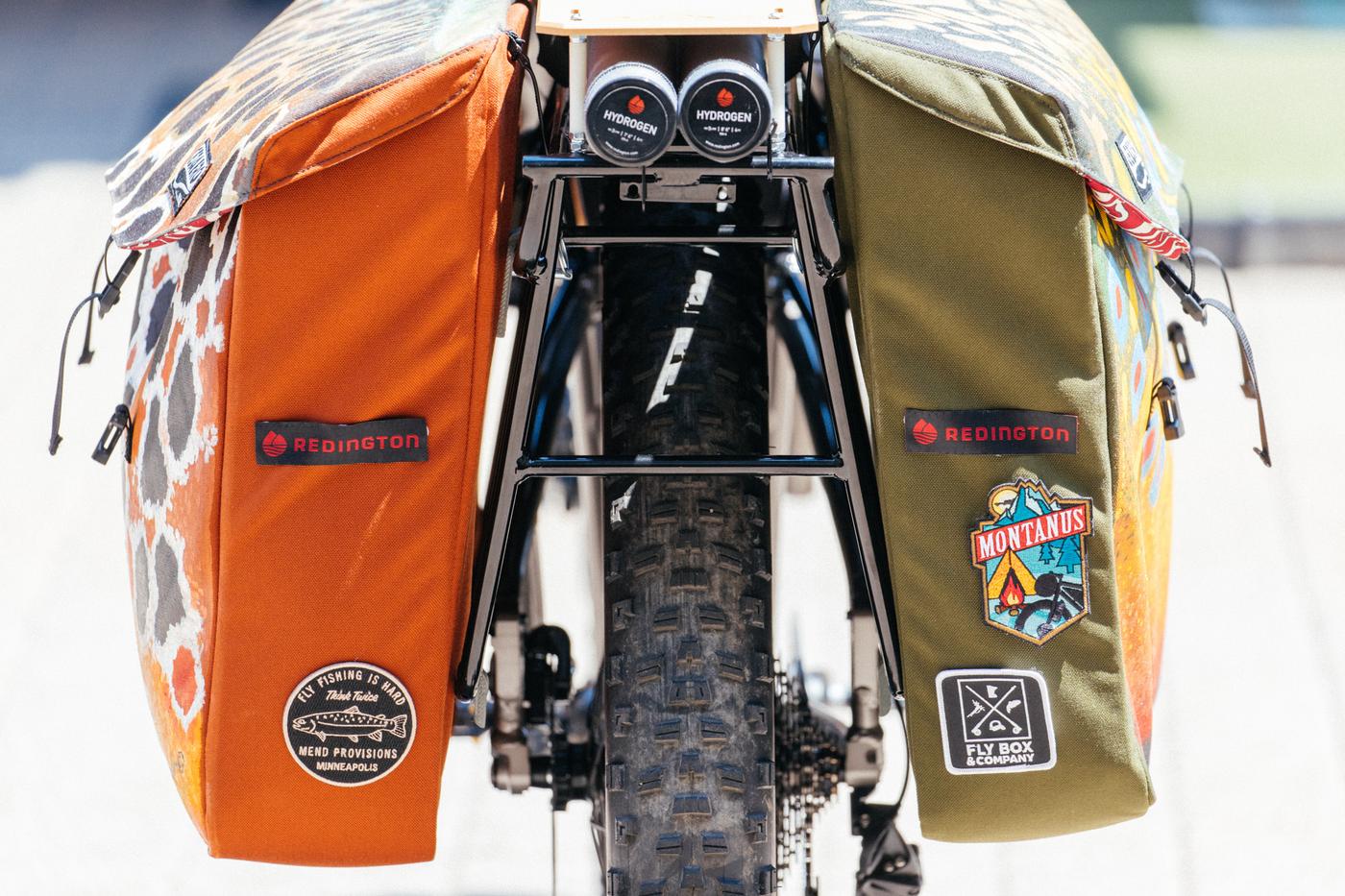 I was born in 1965 in Seoul, and much of what we consider outdoors sports, like hunting, fishing, backpacking, and cycling didn’t really exist in Korea during my youth.  Growing up, I never had exposure to hunting besides knowing that my grandfather sometimes did it. He did introduce me to fishing, however, and during the summers that were spent stateside he always took me out a few times, usually in his small aluminum boat, with rods armed with bobbers and a bucket of worms from the farm.  Those were always fun adventures.

I was introduced to bike riding in Korea. As a young boy, my friends and I would sometimes range much farther than our parents ever knew, placing 10 won coins on train tracks and waiting for the next locomotive to flatten them, all the while worrying that somehow the rumor of coins causing trains to derail would prove true. (They don’t.)

In high school, I did my first two bike tours, as our brave science teacher shepherded 40 students around Korea, huge buses flying by us at breakneck speeds on narrow two lane country roads, flying down mountain passes with tears streaming from our eyes, ball cap turned backward to prevent it flying off in the wind. Those were truly grand adventures, in a time and place that won’t exist again. When I moved to the U.S. following high school, my slate was in many ways erased. I had to start a new life, in a new country that was in many ways different and quite strange to me. Looking back now over 30 years later, I can see how the bicycle once again captivated me, and how I formed an identity, friendships, and eventually my career around it.

The bicycle became one of my passions. The bicycle has been a blessing to me. It lets us relive our youth. It erases time in some ways, and let’s us play when we’re told that we shouldn’t be playing with toys anymore. It offers escape, both mentally and physically. We become dreamers on two wheels.

Likewise fly fishing offers escape. Water flows around me as I stand in a river waiting to cast, studying the water, trying to read where the fish lie and how I should deliver my fly to them in order to trick them into eating my fake offering of a bug. The river and wind are music that I both hear and feel. Time passes without realization, hours seeming like minutes. When all goes right I hold a beautiful, wild, living creature in my hand, remove a hook, and return it back to its watery world.

Fly fishing has become my latest passion, and it offers me a lifetime of learning with no chance of mastery. This bike is a tribute to my passions; the outdoors, the bicycle, and fly fishing.

I’m grateful to the following for their help in creating this piece of functional art; 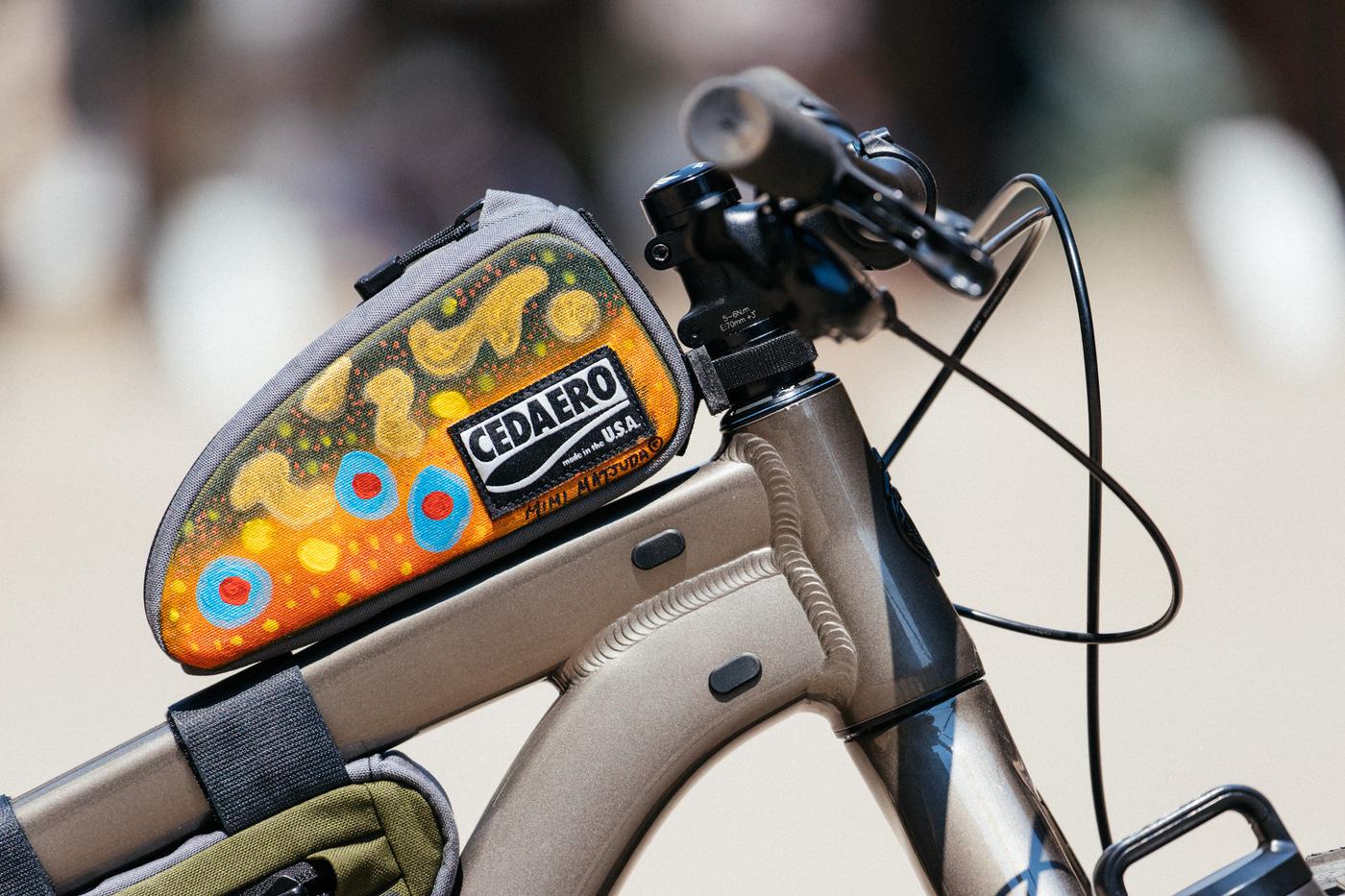 Cedaero – Dan Cruikshank and his team excitedly embraced the project, scheming and brainstorming options, solutions, and opportunities to demonstrate the amazing possibility that the new Blackborow offers. Wet storage, dry storage, Stowaway and No Man’s Land space, and a quickly removable cutting board rack topper demonstrate their creativity and skill set. Mimi Matsuda – We live in a world where we sometimes have friends we’ve yet to meet in person, and Mimi is one of those friends. An incredibly gifted and talented artist, she took my extremely basic sketches and turned the project into a rolling masterpiece. 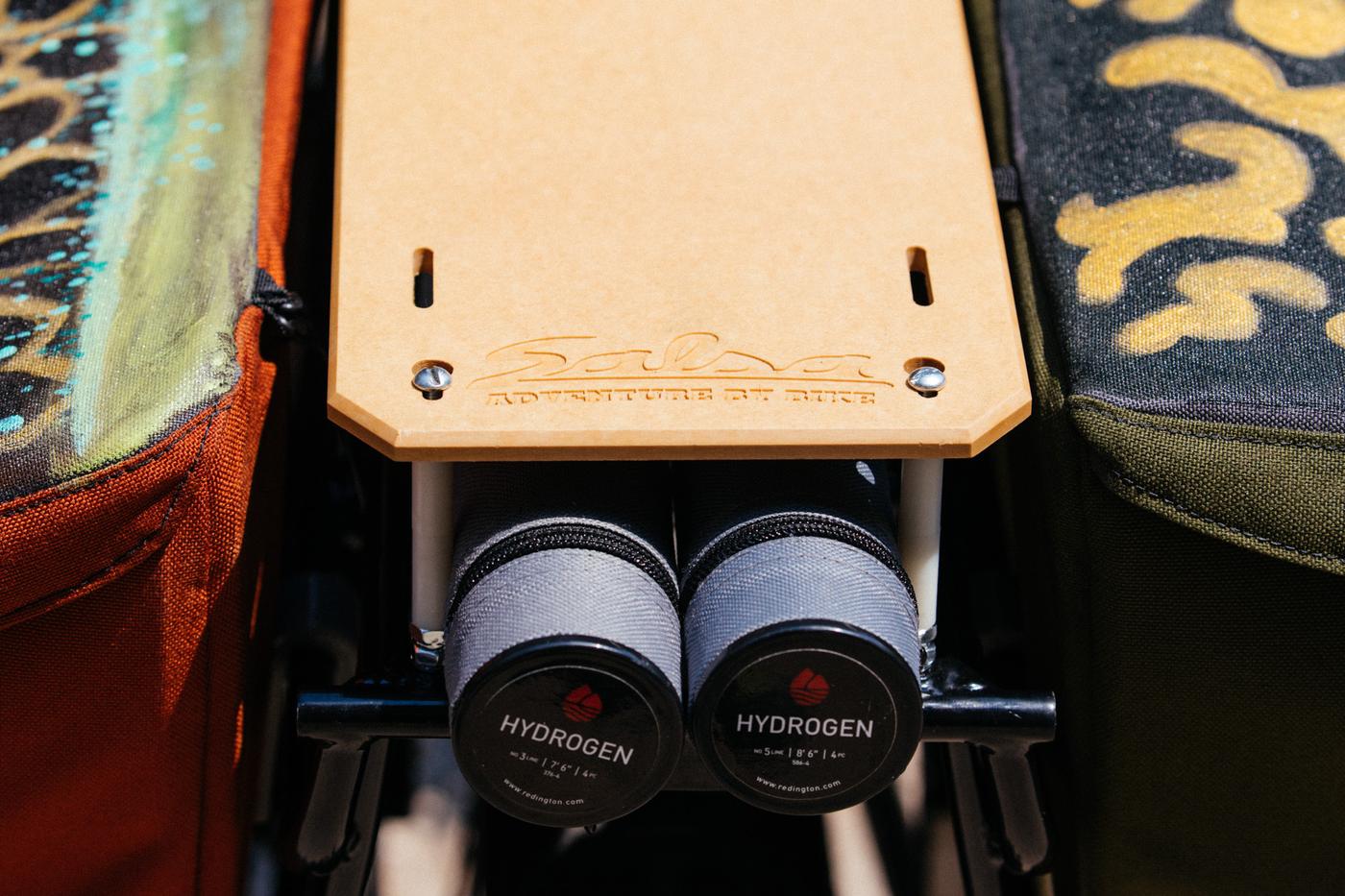 Redington Fly Fishing – Josh Prestin has been gracious in extending knowledge and advice as I’ve begun my progression as a fly fisherman. They truly are passionate about growing the sport and dispel the egotism that sometimes overloads the fly fishing world. 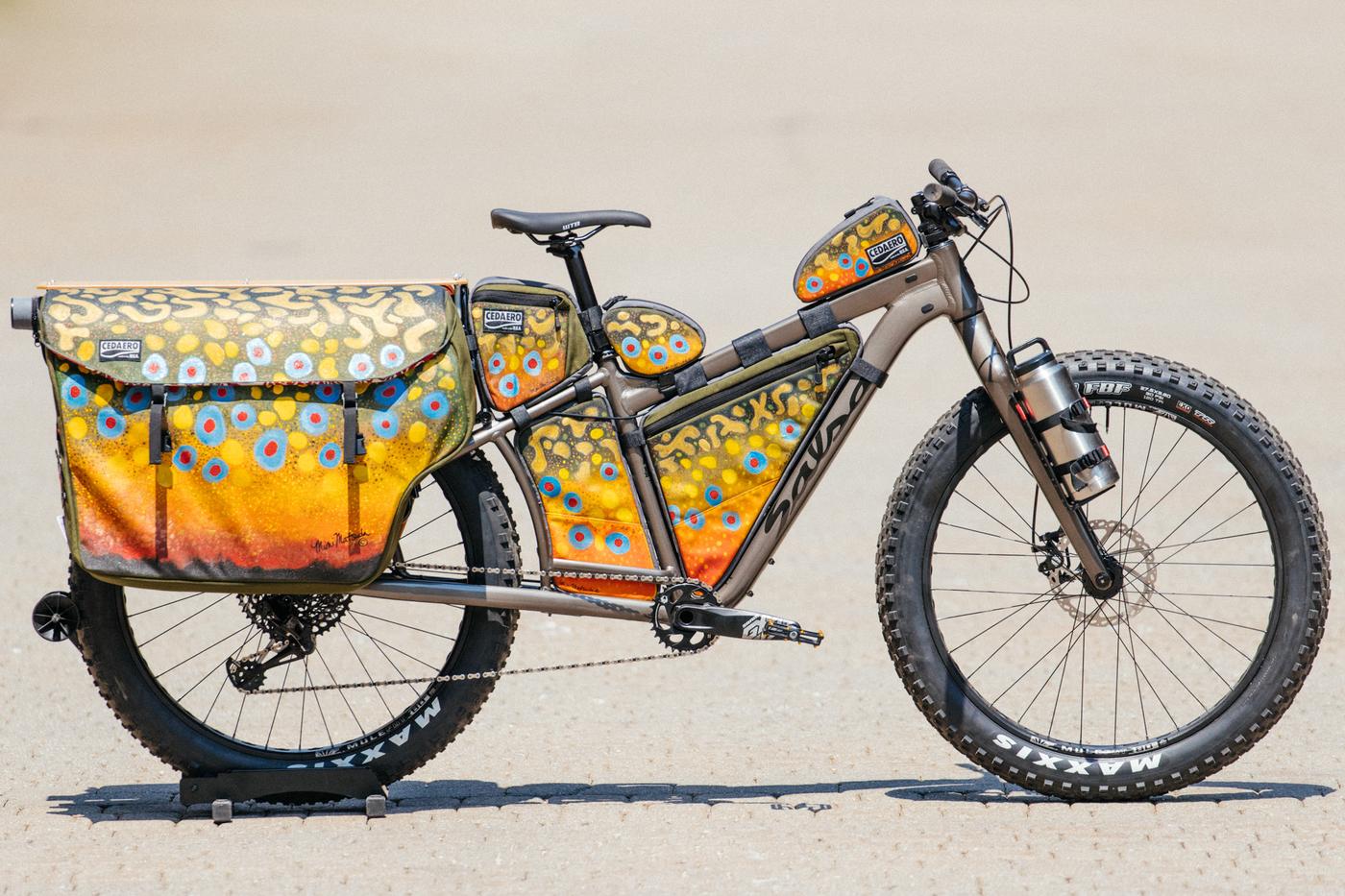 For more information about the Salsa Blackborow, which we didn’t even talk about in this article, head to Salsa.