What have we here? Is that “The Gypsy” touching Eddy Merckx’s hour record bike? It sure is. Lodovico from Columbus / Cinelli sent me an email this morning with this photo attached. What perfect timing! The photo shows Roger De Vlaeminck in awe and appreciation for the Cannibal’s most famous bicycle. But where’s the bar tape? Is this what started the bare-bar trend? I think so.

Ben from Freeman Transport snapped a photo of this gem for me this morning. It’s a photo of the Eddy Merckx article from sports illustrated July 24, 1972. The photo was taken at Merckx’s Giro win 1972. Such a great photo. I’ve never seen this one before.

Fast forward this video of a documentary on Cycleball at the 1984 Coors Classic to around the 3:56 mark to see Eddy flip the coin to start the match. Hrm. I wonder if this is what spawned those rad ball Merckx bikes? Thanks Alex! 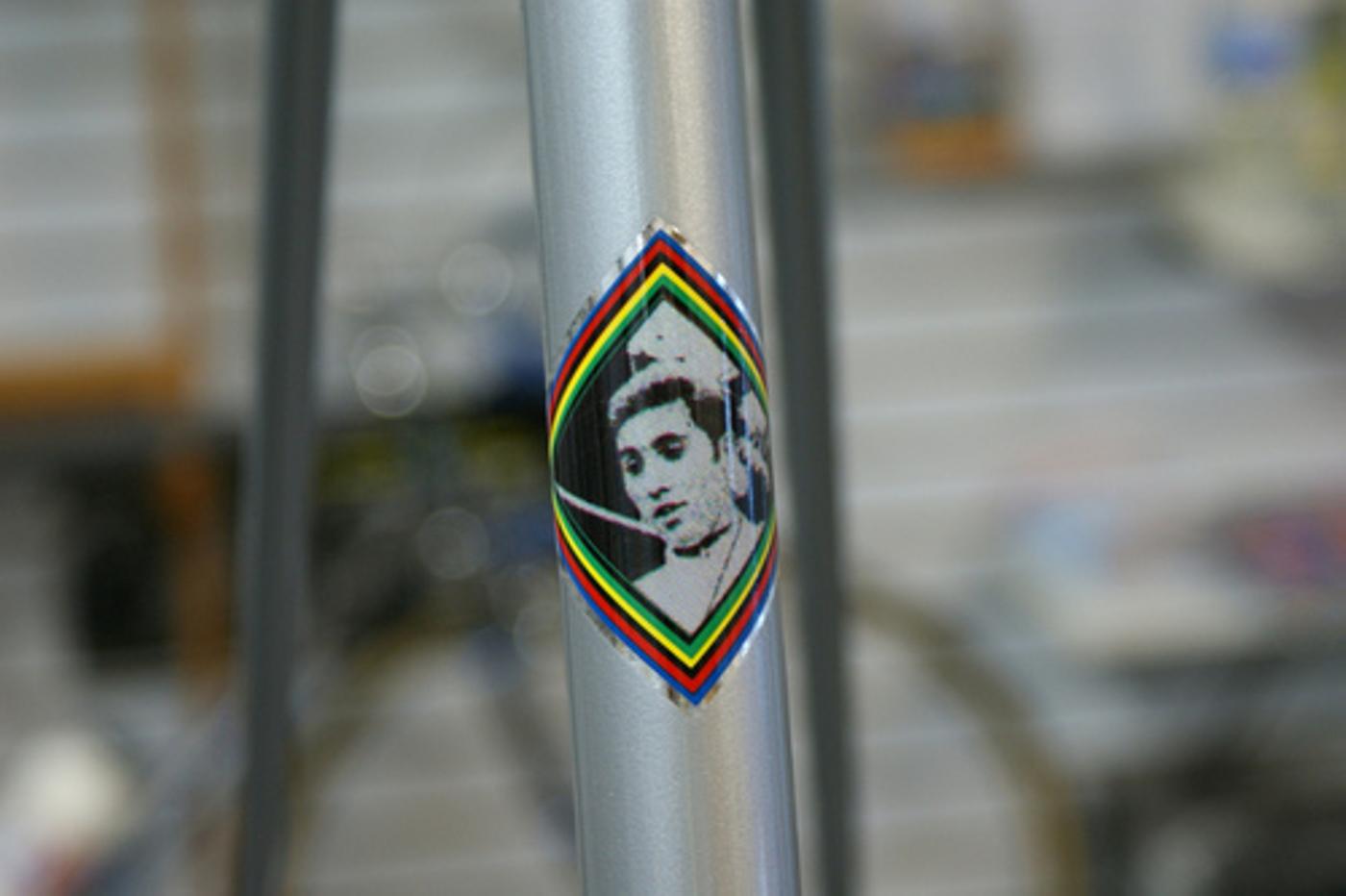 The following photos are from a user on Flickr named RDF1249. I swear, when I came across these photos two weeks ago, I was stoked. Finally, some great photos of a De Rosa built Merckx frameset. 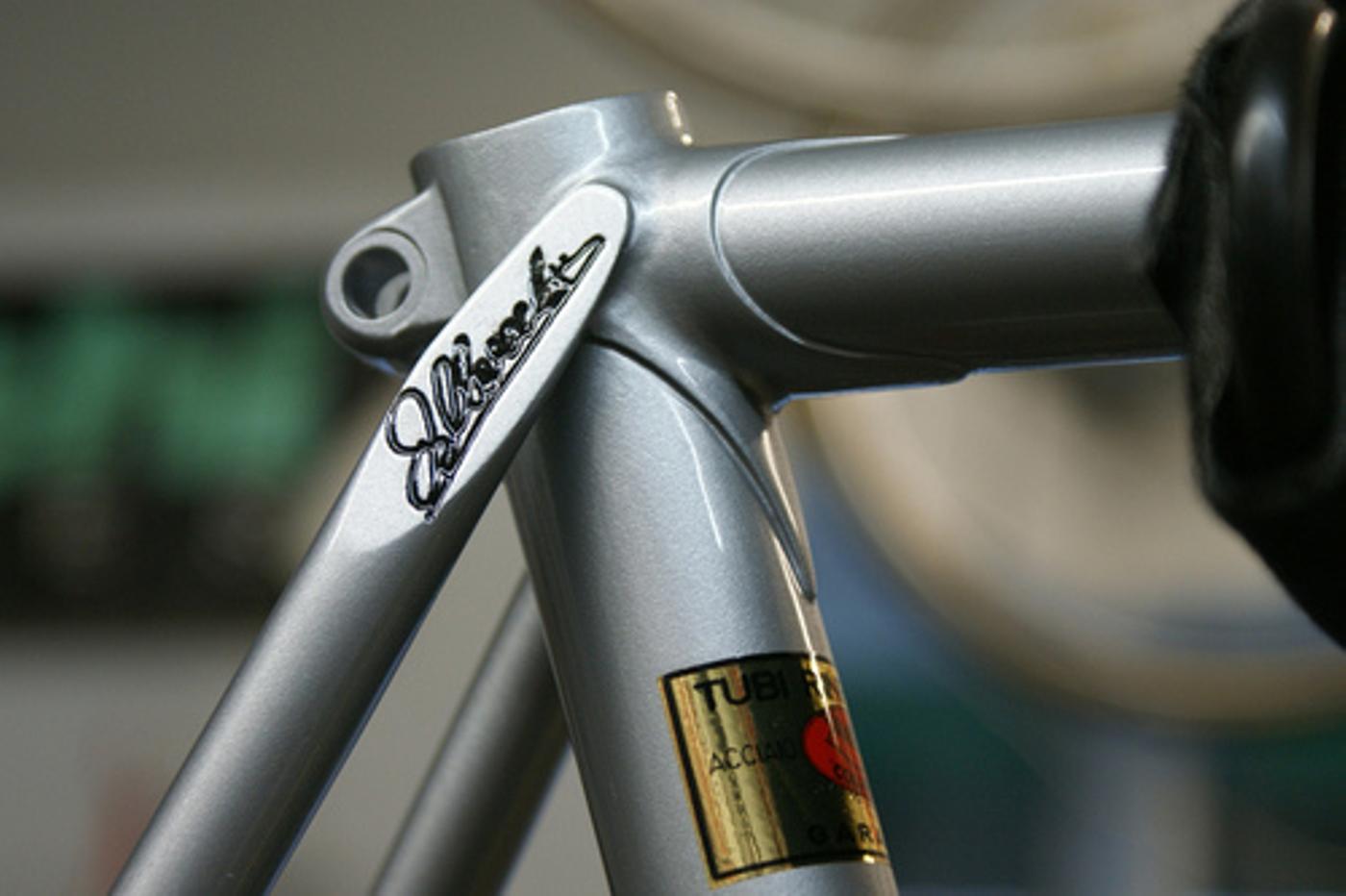 Well, I shouldn’t say this is a De Rosa built Merckx because they’re not 100% sure. “Possibly made by De Rosa for Eddy about 1978-80. Note the dropout treatment with the De Rosa points. Also, has signature seat stay caps instead of EM. The frame in the back of this picture is called a 78 De Rosa Eddy Merckx and that is what we used for reference. Notice the different treatment at the dropouts, kind of pointy like De Rosa.”

The photo they reference is Old Campy‘s (below). I love how serious collectors can spot the subtle nuances in frames. 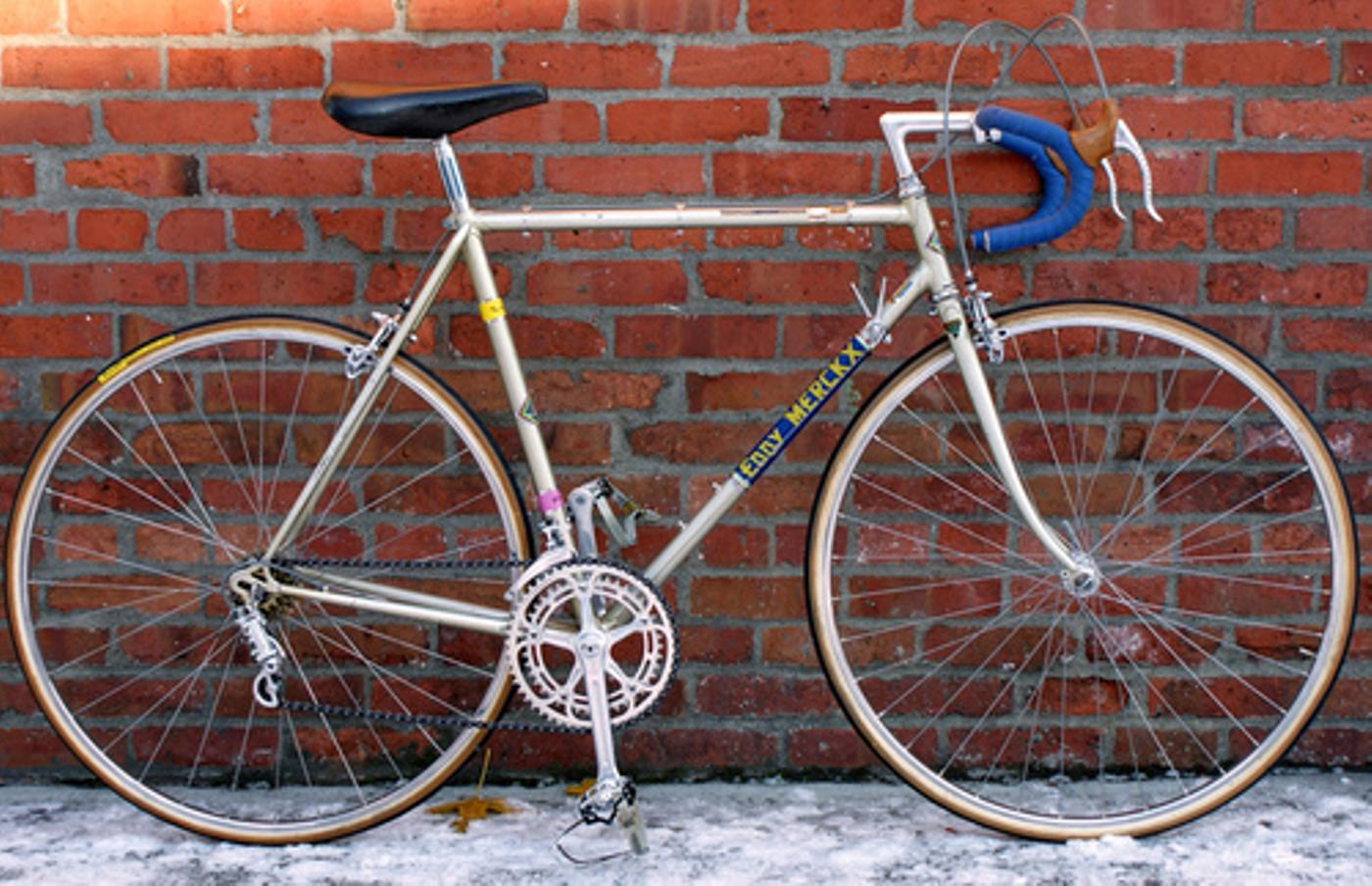 He’s got another frame well-documented on his Flickr stream: this 1973 Kessels Merckx:

“Kessels was the original Belgian maker of Eddy Merckx branded bikes. There were also De Rosas, Colnagos, Falcons, and possibly some French bikes branded Eddy Merckx, before he started his own factory in 1980. I found this one in Germany and used most of the parts that came with it, but changed the headset, cables, pedals, tires, cranks, and brake pads. I elected not to repaint it as the decals and paint were pretty nice. All overhauled, shined up and tuned now for Spring.”

Check out more photos of this bike here on RDF1249’s Flickr.