For this week’s Merckx Mondays, I’m featuring another Eddy Merckx from my stable. This 60cm Corsa Extra is built with Columbus SLX tubing and is fully-chromed under the Team Stuttgart colors. Merckx produced a series of Stuttgart pro team bikes in 1989 and 1990. Later, the Eddy Merckx company produced a run of bikes in the same colors for the consumer market. That’s what this particular frame is from. Based on Cadre‘s serial number codes, my bike is from 1992, two years after Stuttgart regrouped to form team Telekom. 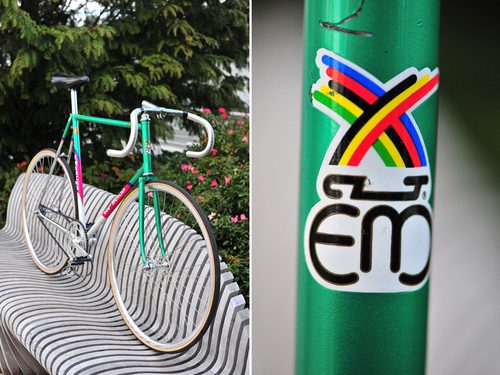 Initially, I picked this frame up for a friend when I was in Stockholm. After building it up, he realized it was too big for him, so we traded frames. His Stuttgart for my White Pista. 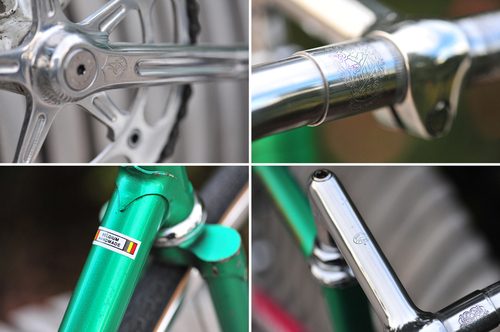 I went full Nuovo Record on the build. Cinelli Milano stamped everywhere and a unique pantographed Nuovo Record seatpost. The bars and stem are polished to a mirror-finish and the 151bcd Pista crankset is in great shape. 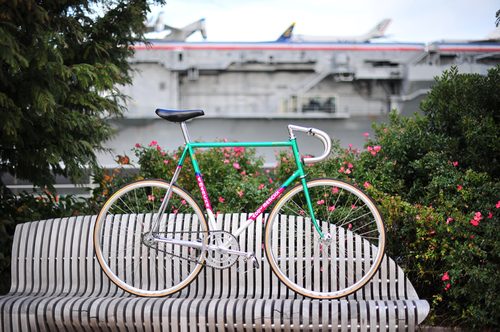 Many thanks to Sasha for the pictures and as always Tears for Gears for the information. You can see all of the pics, at full-resolution here, on my Flickr. 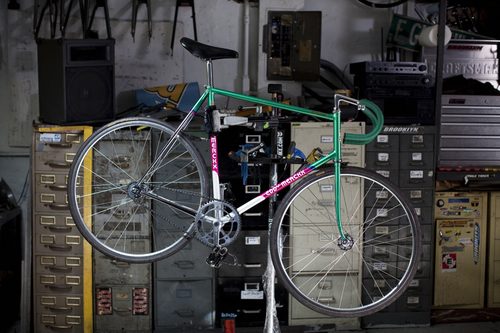 One last picture, I promise. This one is from Björn Wallander‘s roll via the Outlier Merino Hoodie photo-shoot. Came out great. Small differences in the build; Cinelli 1a instead of the 2a, different tires and straps. Gumwalls and pearl tape make a huge difference!