Another video this week. In what seems to be a continuous saga about the Eddy Merckx hour-record bike, a reader uploaded this video of Eddy giving a tour of his factory. A lot of interesting tidbits in this 8-minute long video and even though there’s no date listed, there are a few clues giving us an idea about the date of the video. The major clue is Johan Museeuw’s victory of the Paris Roubaix on an Eddy Merckx bike in 2002 (if I’m not mistaken). The highpoint in the video is finally, a glimpse of Eddy with the 1972 Hour Record bike. I was surprised to see this and it’s an addition to the previous Merckx Mondays Hour Record saga. Read more below. You’ll notice, at the 5:45 mark, that Merckx still has his Hour Record bike. Note the decals, which look almost identical to the decals Merckx’s Molteni had during the hour record, minus the seat tube. This bike looks identical to the Il Vecchio bike, which, if you remember was taken from the Bicycle Guide, March 1991’s article “Eddy and the Hour”. Maybe Il Vecchio did have the bike for a short period in the 1990’s? 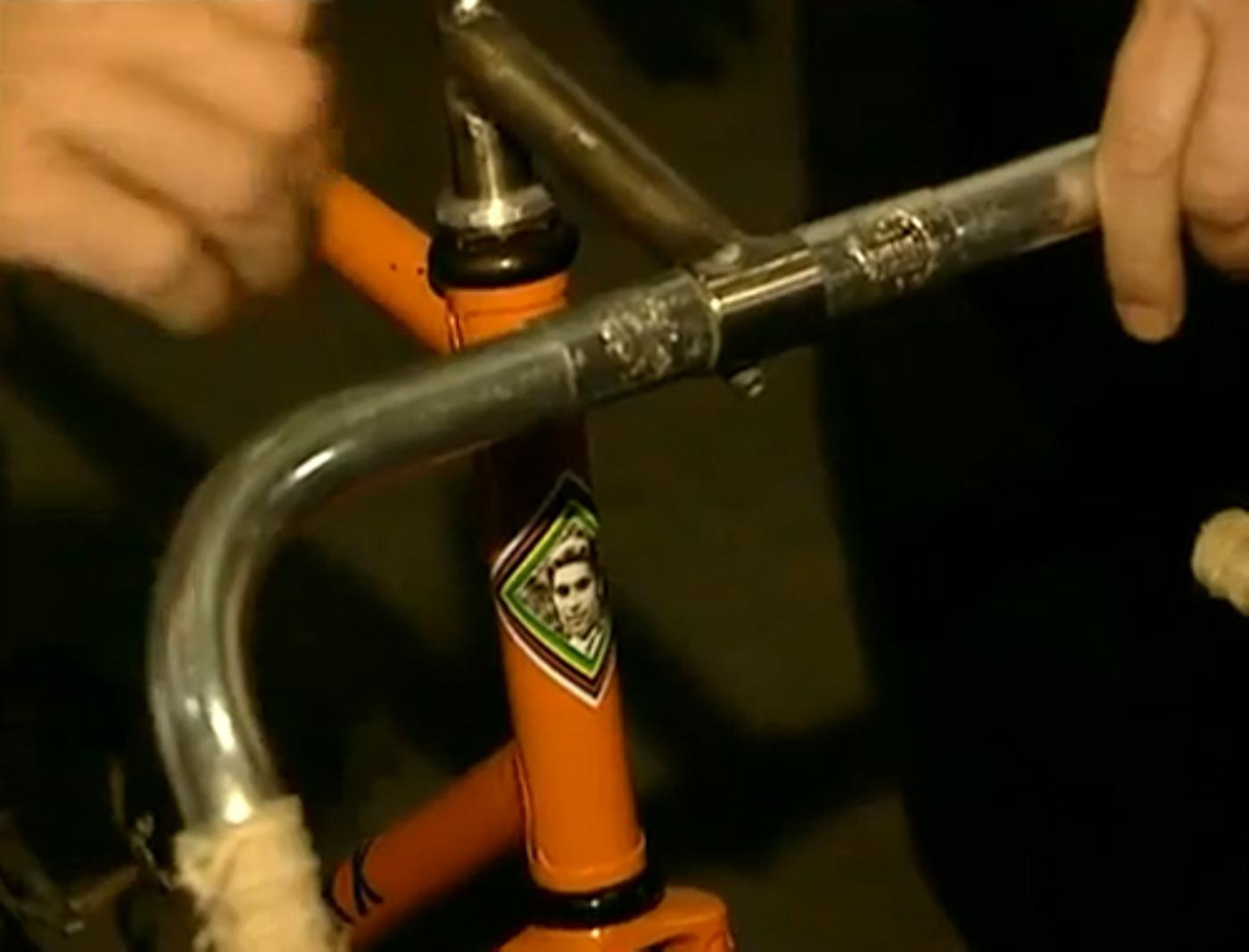 It doesn’t look at all like what I’ve called, the Hour Record Bike #3, the traveling Hour Record bike’s decals but is identical to the bike in the Brussels station, minus the addition of two seat tube decals and potential respray. How could the paint still be in such great condition otherwise?

It’s an great video and it’s well worth the watch. Another interesting tidbit is when Merckx mentions that steel bikes consist of 5% – 10% of his company’s sales. A sure sign of the times.

Big thanks to Ty from The Footdown for uploading the video!