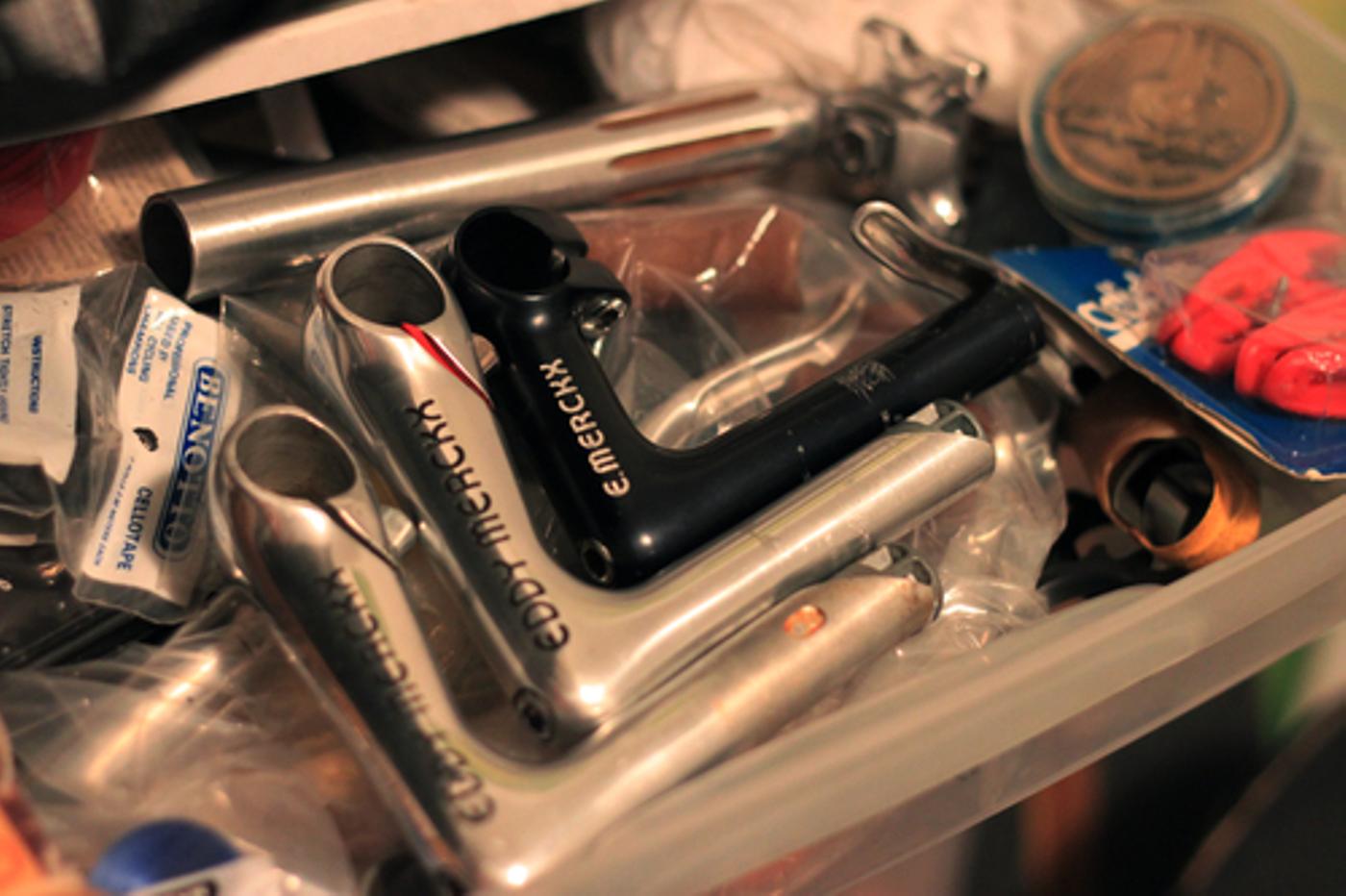 This week for Merckx Mondays I’ve organized a series of photo collages from images I’ve saved over the past few months. They’re from various stages in the Cannibal’s career. Included in the mix are a few other gems, so check out the rest below!

Above is one of my spare parts bins. I’ve gotta organize this clutter better, but it gives you an idea of how I keep random parts. I think I’ve got 10 or so drawers filled like this. Been too busy to sit down and sort through it all. The red-wedged Cinelli XA stem is going on the 7-Eleven and the other XA will go on the MX-Leader. My stable photo by Wilis Johnson. Axel, don’t call it a comeback! 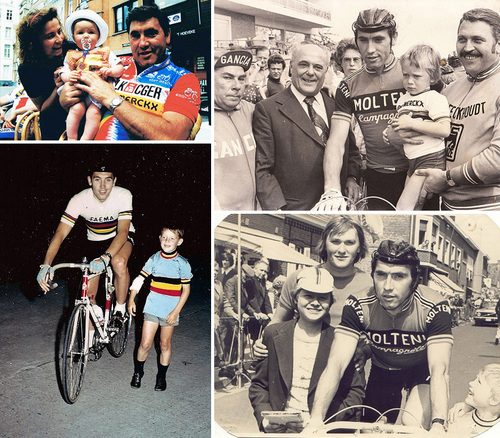 Eddy Merckx with Axel as a child and posing with other children. Check out the shot of him in an ASLK/CGER jersey. 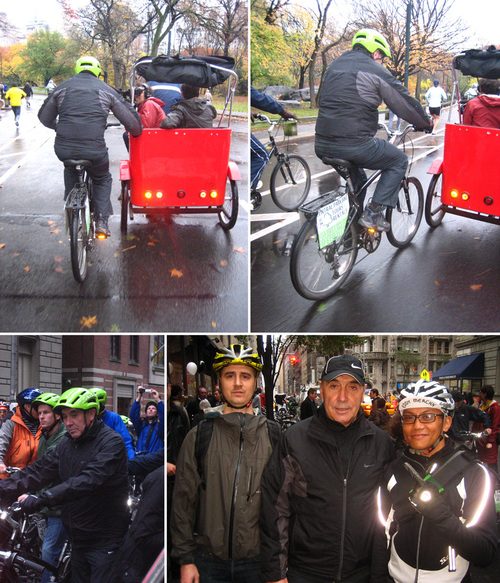 When EM came to NYC a few months ago, his bike was damaged in shipping and he had to ride one of those rentable hybrids. Check out the pedicab skitch! No Gear is the first in a series of shirt collaborations between Pristine Fixed Gear and befriended artists. The first shirt is based on the Tour De France ‘75, a classic battle between Bernard Thévenet and Eddy Merckx. Score this replica 7-Eleven with Dura Ace 7401 here in NYC for $1100. I know the seller and this bike is pristine! Don’t you dare put Campagnolo Ergo on it! Check it! A Motorola and a Telekom in the August 1993 issue of Road Bike Action. Make sure you check out the full article here. It’s about Rock Shox’s prototyle suspension stems for the Paris-Roubaix.

One last one from Tears for Gears. Too good to not post! It’s from the 1989 Merckx catalog, featuring all the team bikes that were available; ADR, Domex, La William, Teve Blad, 7-Eleven, Hitachi and Stuttgart. Sorry kids, the Kelme was not available.

Seriously though, if you don’t read Tears for Gears, you’re missing out! Follow Jeremy on Twitter too!

Hopefully you guys got a kick out of this weeks post. Check back next Monday for a continuation!