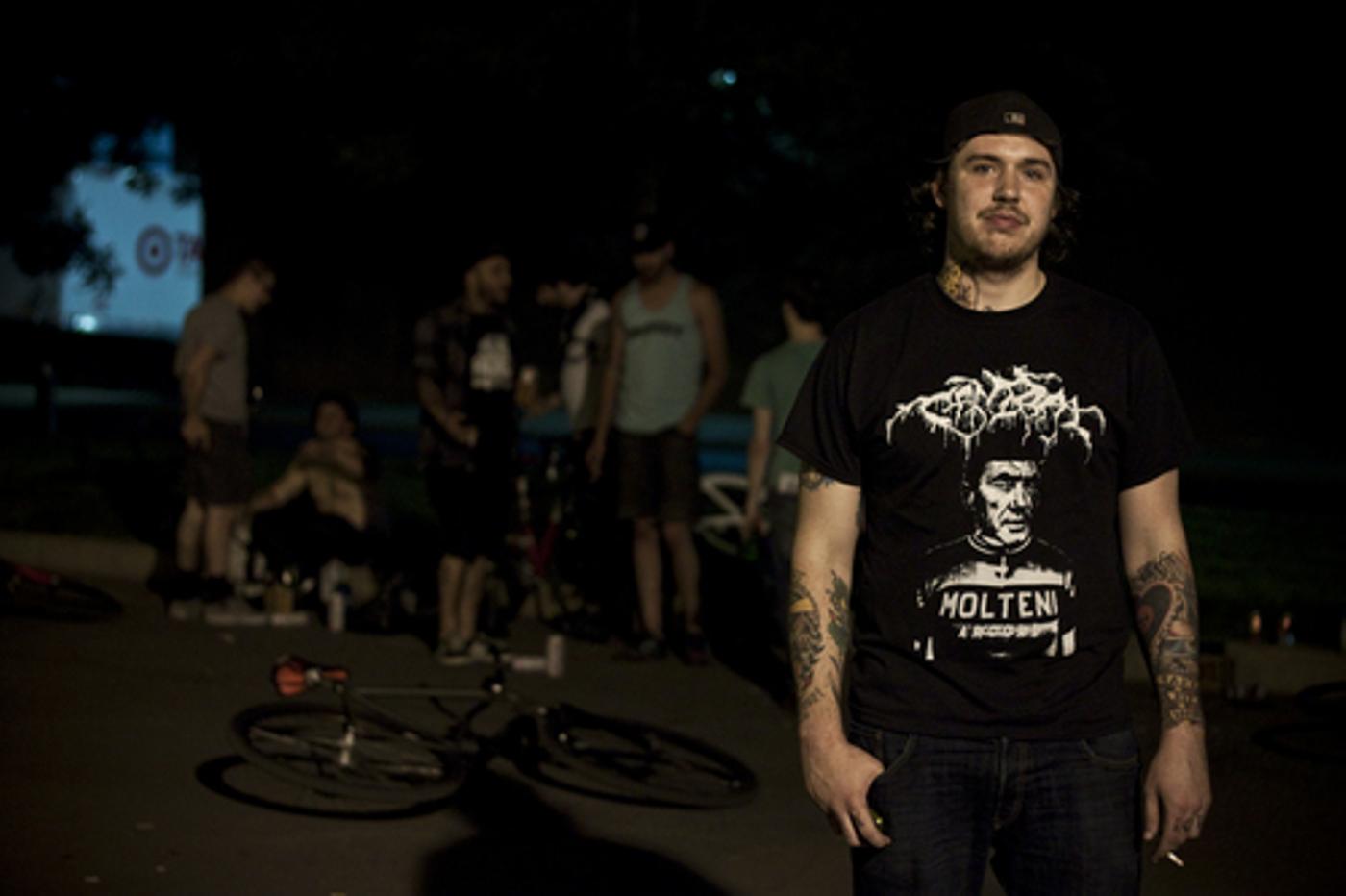 We’ve seen multiple examples of how Eddy Merckx makes for a great subject on a t-shirt but I’ve never seen something like this! Last week while I was in Philly, I met Dom, who was wearing this Crucifixed shirt; a local bike club. When he rolled up to the Water St. Sessions, it was the first thing I noticed. Scrawled across his chest in black metal-inspired typography is “Cannibal” with an image of Merckx below. You’ll recognize the image from the famous Stephan Vanfleteren’s photo of Eddy in his Molteni jersey.

Philly produced some awesome content for this week’s Merckx Mondays. Check out some more below! I remember seeing Bryan’s Merckx last time I was in Philly. There it was, hanging from the ceiling of Bicycle Revolutions in all its glory. A crispy clean 1985 Merckx Professional. I find myself looking at the serial numbers of frames almost immediately. Using the Cadre.org Merckx Serial Number decoding system, it’s easy to see if the frame is original or a respray. This one is 100% legit and gorgeously kept! P denotes a professional model and Z denotes 1985. It’s a pretty simple system. 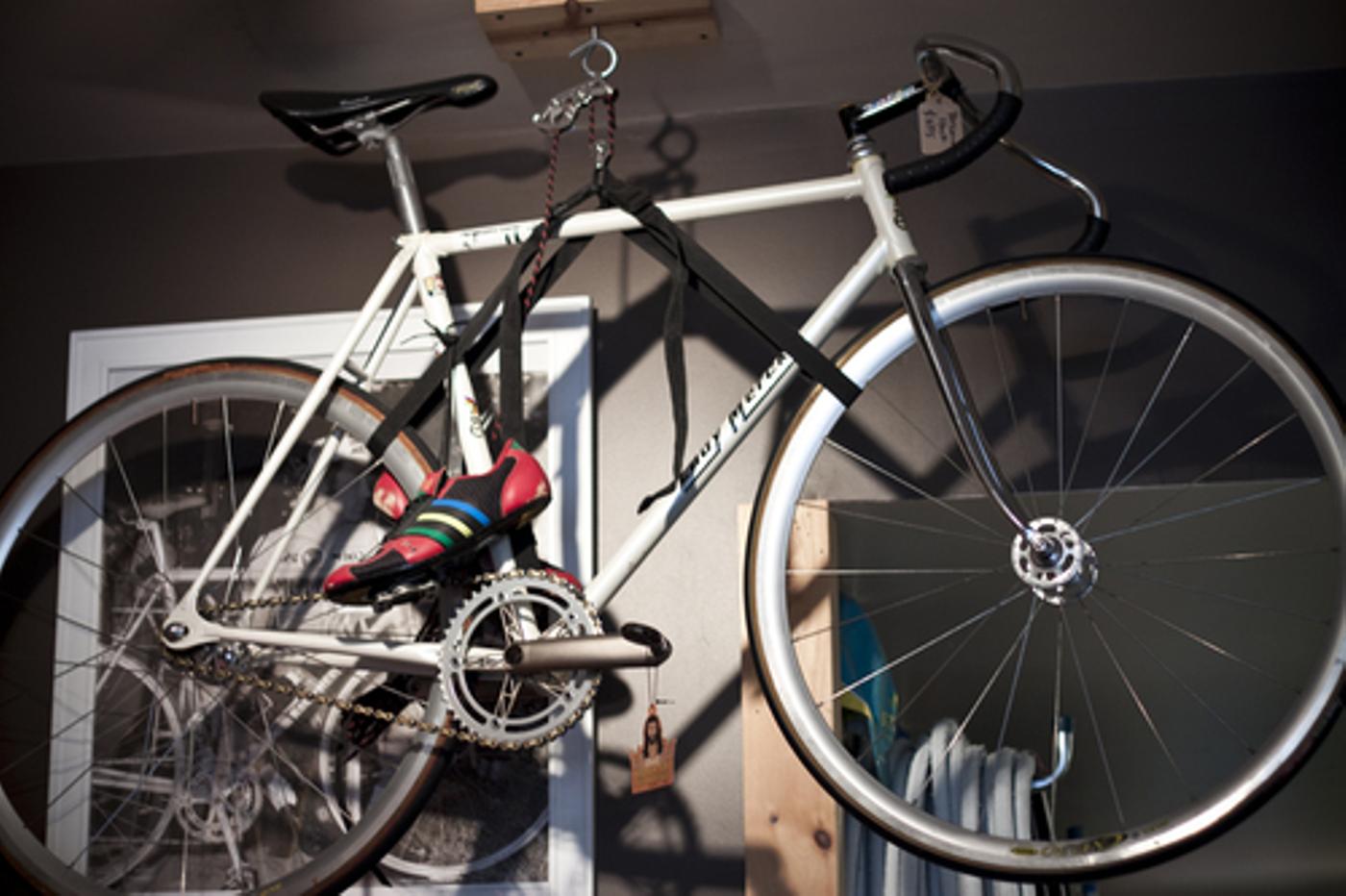 I don’t think Fuzzy could have built a bike with any more character. He’s even got some of the early Eddy Merckx Adidas shoes hanging from it. Fuzzy, tell us a little about how you acquired the frame and how long you’ve had it in the comments please! One last shirt design that’s relevant to today’s entry is this House of Pistard Cannibal shirt. Sure, you’ve probably seen it before. I know I have, but it still rules!