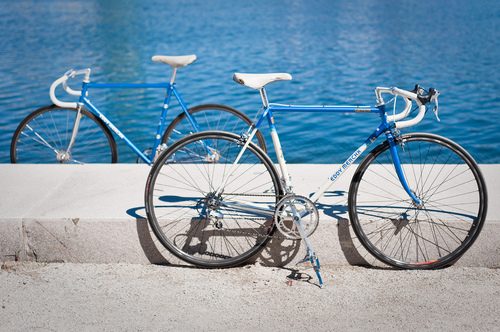 Alan’s track bike has been featured here in a Merckx Mondays post before and it’s only fitting that his newest acquisition also makes an appearance. He picked the frame up a little while back and has been piecing the build together slowly over the past few weeks. It just so happened that he came across a bunch of 25h Anniversary Dura Ace components. Adding them to his Team Panasonic SLX roadie just puts the proverbial icing on the cake! Check out the rest of Alan’s Team Panasonic SLX with Dura Ace 25th here at his Flickr.

There’s more Merckx Mondays below! So read on! 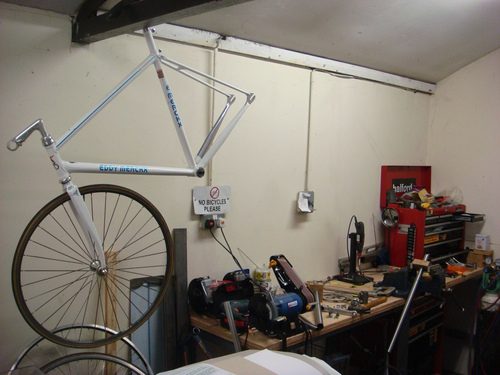 Next up is a Merckx Pursuit Track bike made from Columbus MXL. It’s a confusing one to say the least. I’ve seen these seat tube extensions on bikes before, usually for very tall riders. Some even have a head tube lug extension. This one in particular, along with a 650c fork, makes the bike a pursuit geometry. Bernog’s got a ton more photos up on his Flickr and this one’s for sale on eBay right now. 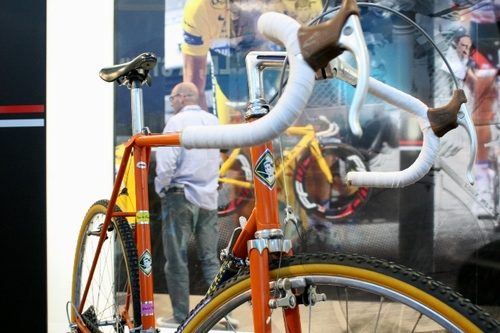 Next up is a follow-up on last week’s Merckx Mondays. 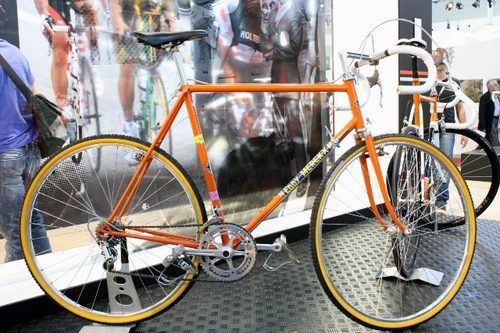 Paul from City Grounds was at Eurobike this year and while he was there, he snapped some photos of Eddy Merckx’s custom cross bike. 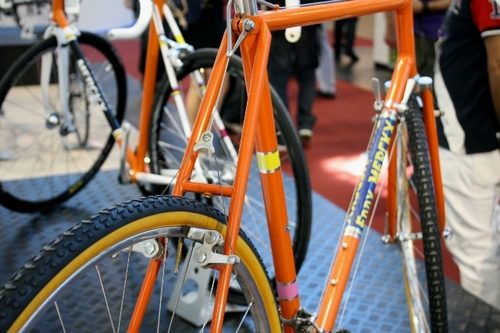 Talk about a dream bike! 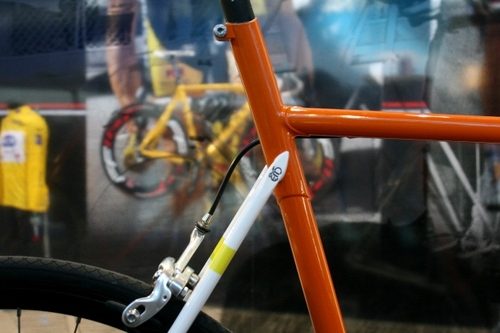 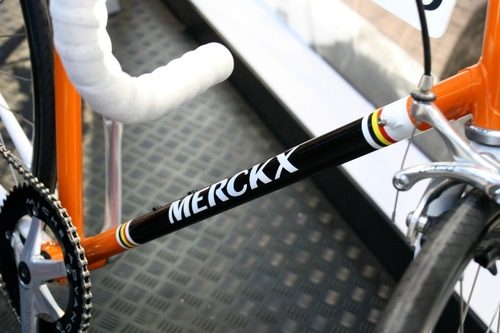 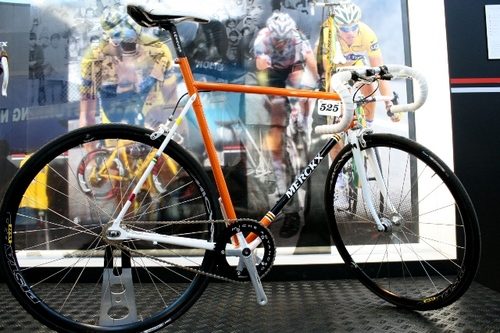 I’ll admit it, when I first saw this, I was bummed. So many wrongs here. But then I spent more time looking at it and if it had a flat-crown fork, I’d totally ride it. Sure, it’s got a lotta played-out themes going on but front and rear brakes, fully-lugged and a cool seat tube extension (remember the pursuit frame above?). It’s interesting how things work out like that in entries. Anyway, not sure what the pricepoint is for this bike but I anticipate it being on the high end. I wonder if it’s being made in Brussels? I hope so… Nicely done guys.