Matt Lingo often writes mini essays like this and I get the feeling that they go unnoticed by the same people who would religiously put up his photos. While I can’t offer too much insight into his thoughts, I can say that I whole-heartedly enjoyed reading this and it came about as a shear coincidence that just yesterday I was working on my reflexes.

Yesterday morning I went out with my camera to shoot some random photos around Austin. From the dogs at Barton springs looking perplexed at their reflections, to my friends randomly walking up and the bike messengers and commuters zipping around town, I tried to capture people “behaving naturally”. As this commuter rode by on his IF, I focused on the framing of the photo, rather than the entire bike. Or so I thought.

Matt’s got some great points, many of which I’ve been trying to hone in as the internet is getting flooded with the standard “bike and person” portraiture. You really lose the personality in those photos. I’ll offer up an excerpt of Matt’s essay for the click-through lazy:

“As photographers we have to stay flexible and open minded in the face of spontaneity, and understand the fact that we have very little control over the photograph. It’s a difficult notion to come to terms with, that even though we watched this decisive moment unfold in front of us we truly can’t appreciate it for what it was. Even in the most sterile studio setup, when working with people all we can hope to do is to coax a moment out of them and attempt to hit the shutter at the precise time. However, this is the reason why photography is so beautiful. We’re given the wonderful gift of hindsight, and allowed to dissect moments as we build them into moving and emotional bodies of work. By giving up the human nature that attempts to control, we’re giving life a chance to blossom in front of the lens.” 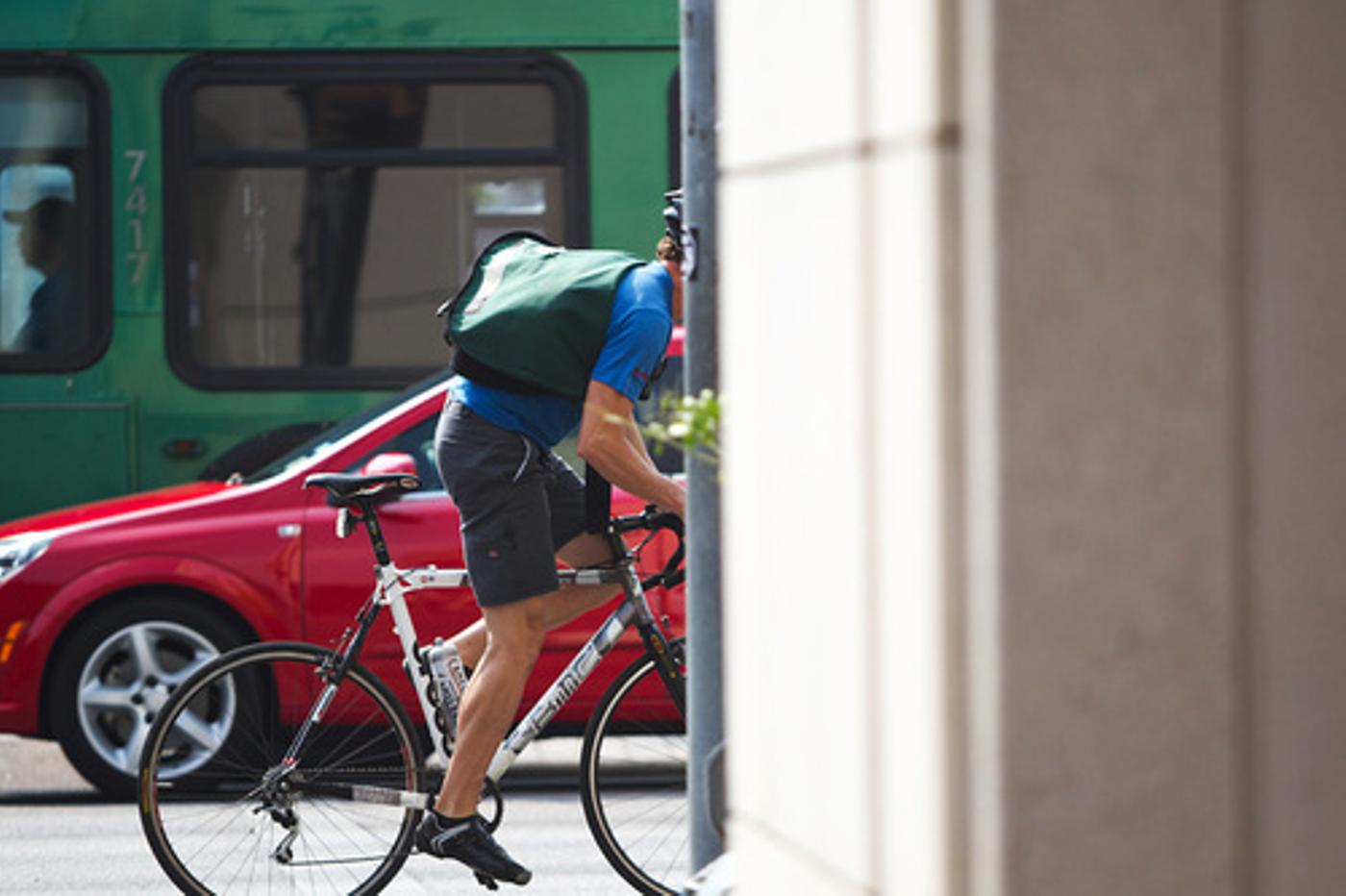 As you can see, I’m still working on my reflexes!