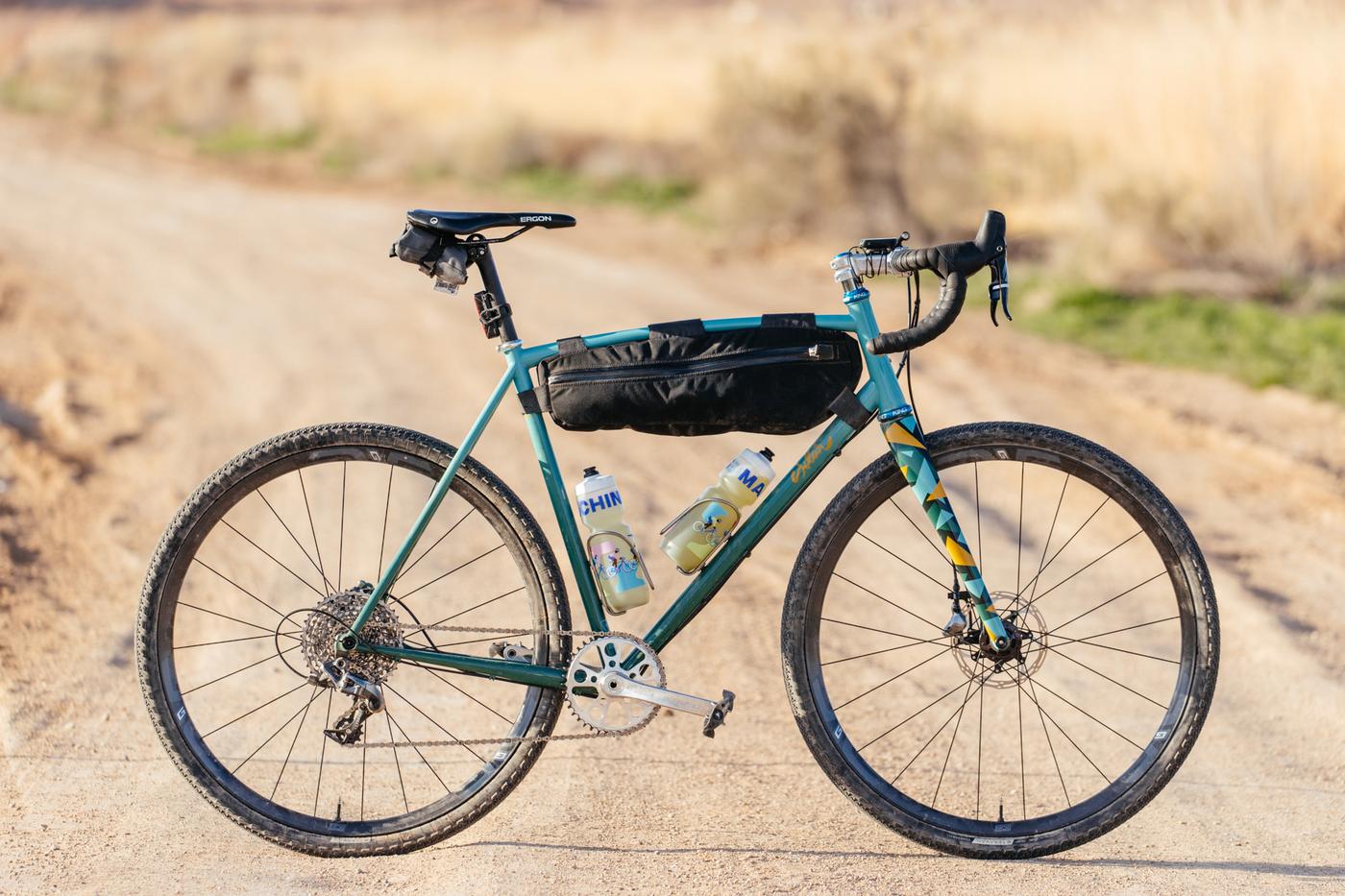 Cicli Pucci learned to paint under Joe Bell. In fact, he did a lot of Joe Bell’s recent works in his shop in San Diego. JB is a living legend in the framebuilding scene, having painted many exceptional builder’s work over the decades his shop has been open. Jonny Pucci has taken up the torch and is now taking everything he learned from JB to paint bikes on his own. This Sklar all road is one of his more recent undertakings. 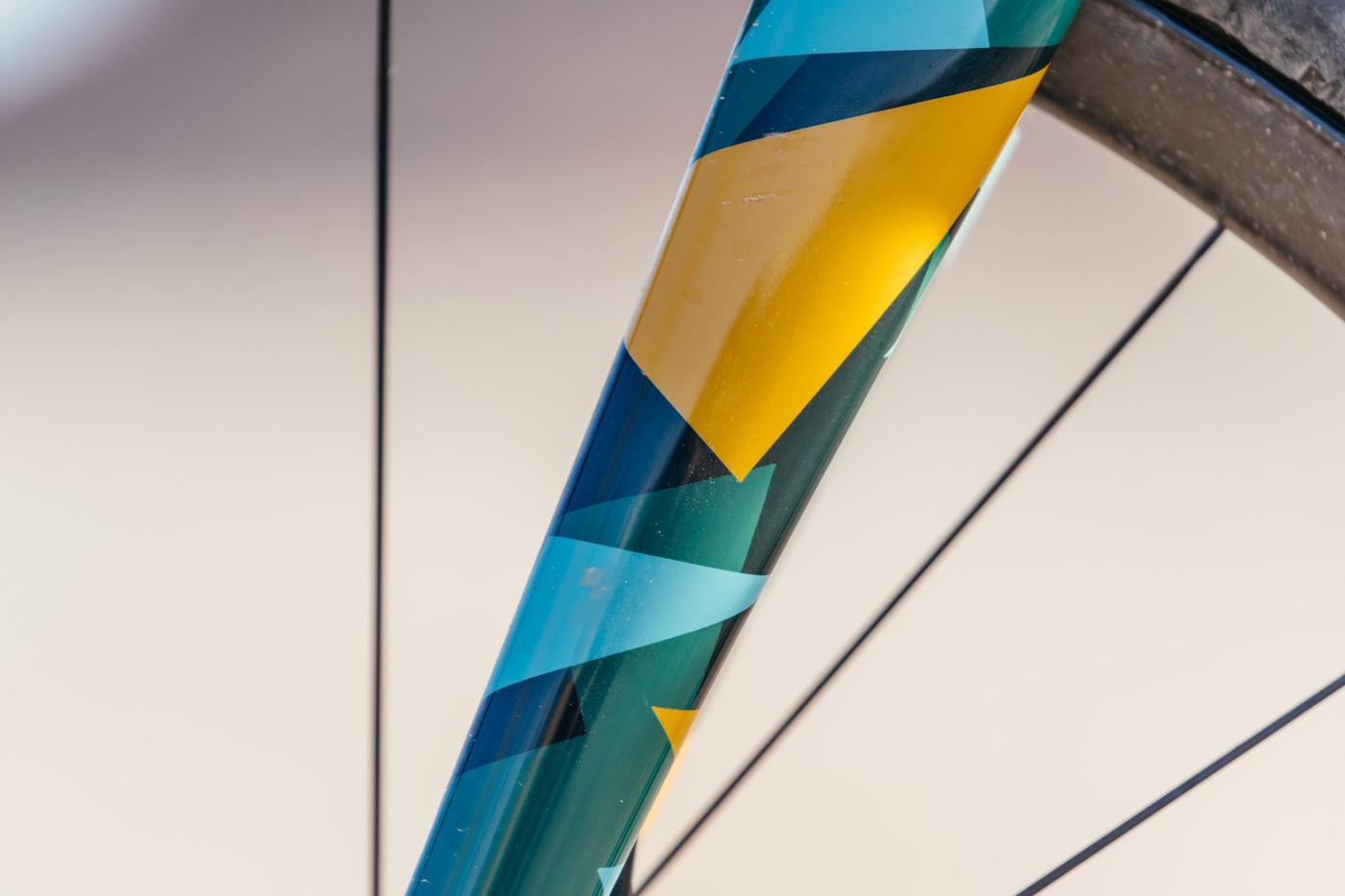 It features an aqua to mint teal fade on the frame, with logos painted, and a geometrically-patterned fork, which in its own would be a real feat. I included many photos of the fork just to see the razor-sharp masking job that went into this bike. 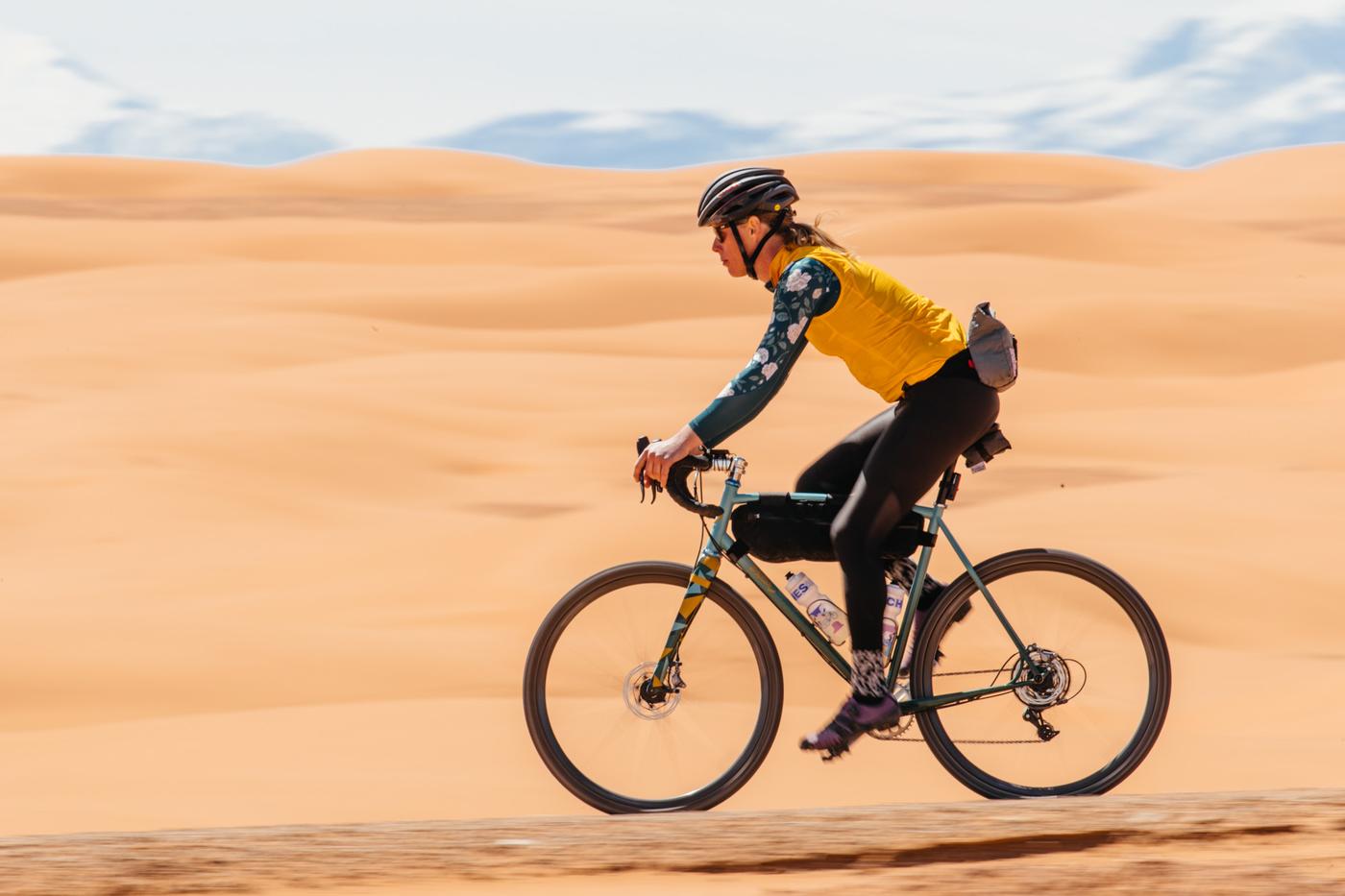 Mason flew on this bike. She finished the route with the rest of the group and is now en route back to Bozeman, where this bike was born in the workshop of Adam Sklar, a neighbor of Alter Cycles, and home to some of my favorite trails I rode last year. The Bozeman scene has a lot going on and it’s great to see all these brands working together.

This bike is a teaser for the design of this year’s Sierra Buttes Trail Stewardship Builders for Builders fundraiser!

Expect more Reportage from our route with Machines for Freedom in the coming weeks!