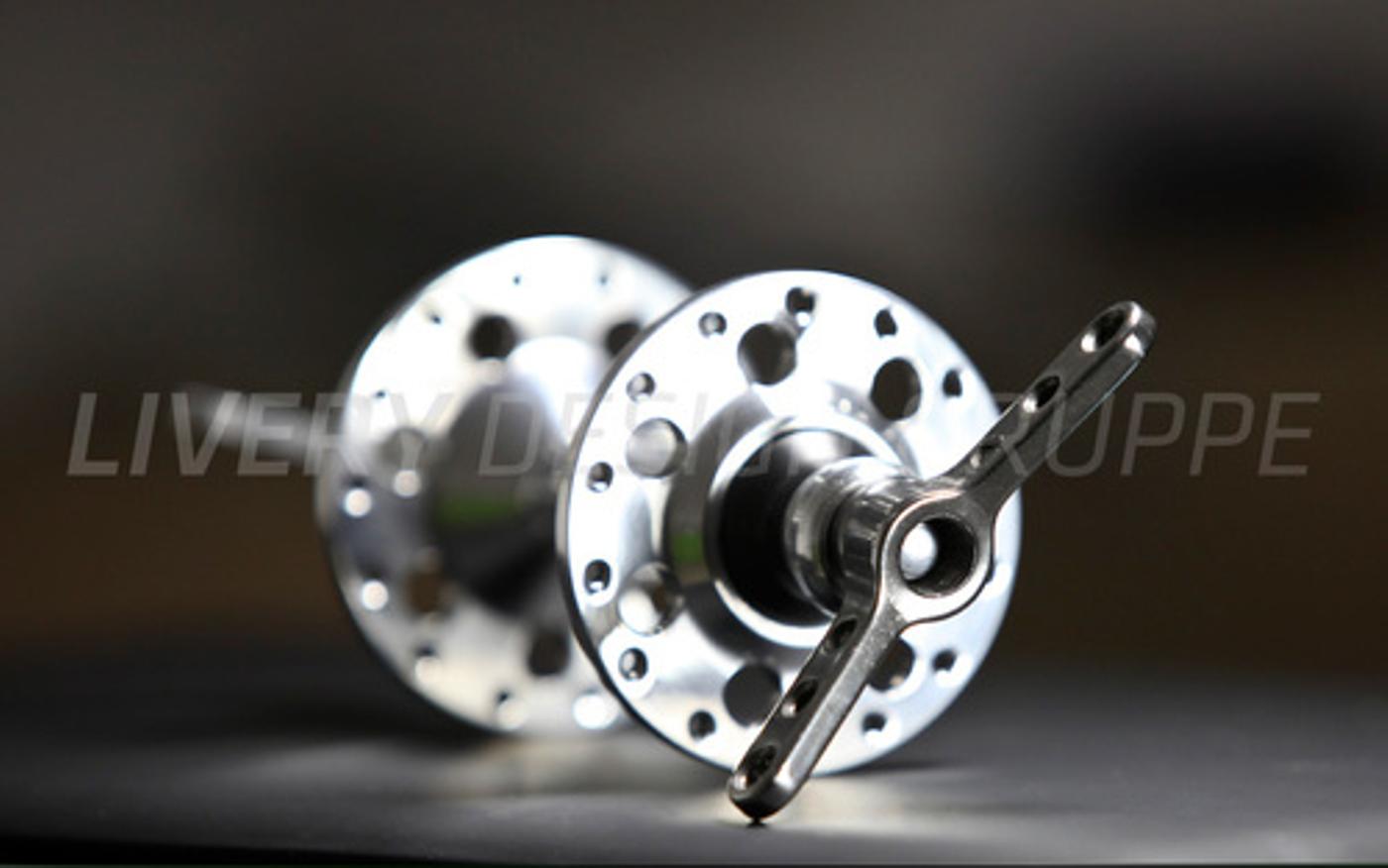 As a throwback to the days of path racers and inch-pitch drivetrains, the guys at Livery Design Gruppe have designed and fabricated Wingnuts with tapered washers for your modern-day track hubs. I had some of these on my 1950’s Higgins a while back and was always wondering how well they held their grip onto the track end. I’d assume you could get enough leverage to lock them down, but was always wondering how well they’d work compared to a 15mm track nut.

One thing’s for sure though; they’re not going to snap from use. They’re fabricating these out of heat-treated Stainless Steel 17-4PH. Not bad. These would compliment the Major Taylor-influenced stem pictured below.

Also, please read the full story on my past relationships with LDG below. Some developments have been made. 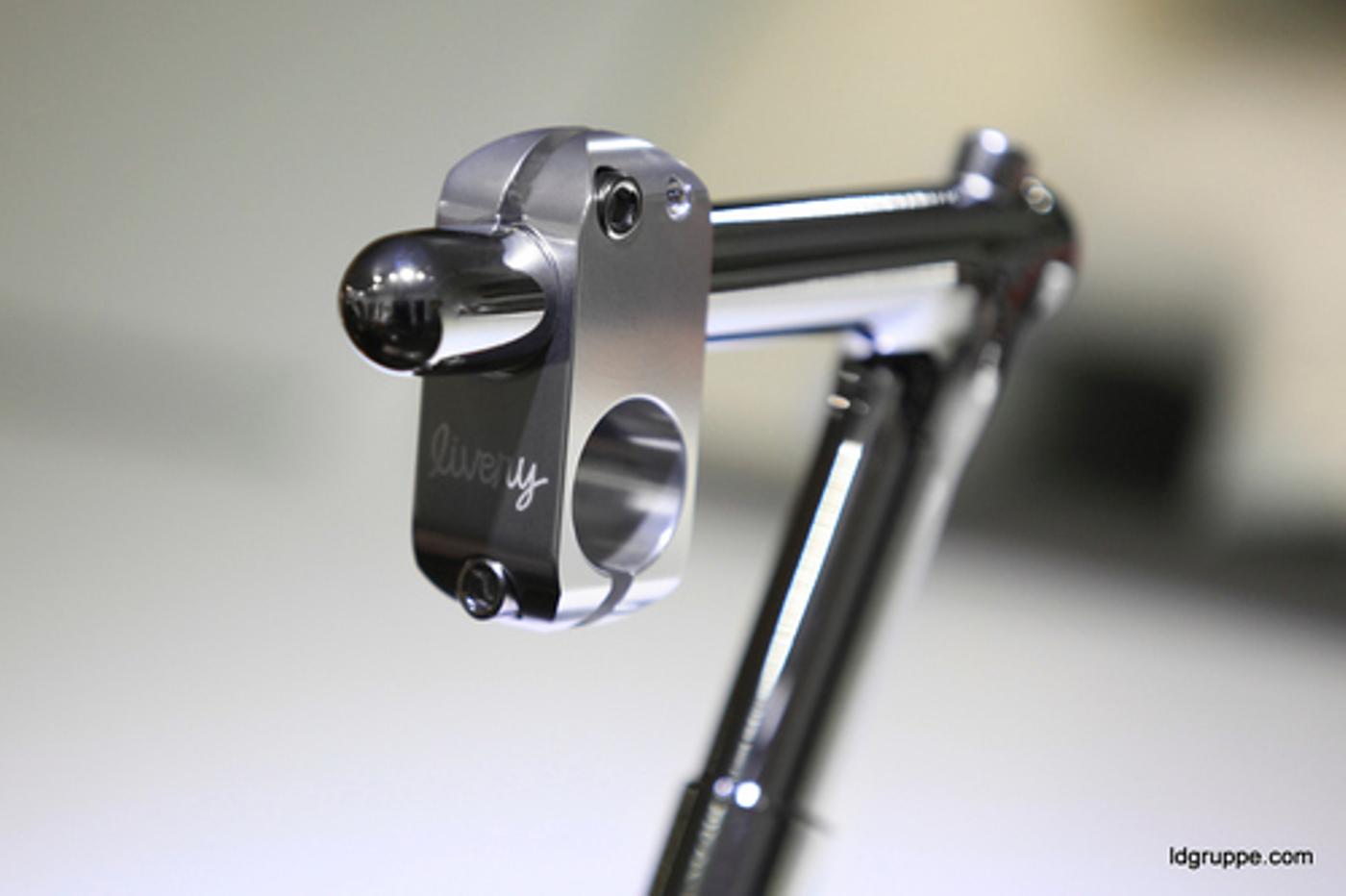 These stems, in their original forms, made by CInelli or 3ttt will fetch a pretty penny on eBay. Livery took it upon themselves to offer a fillet-brazed version for $119. The finish and construction looks to be spot on. One thing I’d like to see would be some ribbing cut into the sliding shaft to ensure a proper grip on the clamp. Maybe the clamp has been engineered to accommodate this? Not sure. If someone bought one of these, let us know how well they work. I’m interested for sure. I’ve been waiting for a modern version to come out.

I’d like to take this moment to also sort out a bit of a clusterfuck that has been going on for a while. If you remember back in June, Airwalk Fixed Gear released some “BMX style” bike frames. After researching a bit, they turned out to be Bruiser knock-offs (i.e. the exact ‘proprietary geometry’). After emailing with people and a few phone calls, Livery turned out to be the shop that was carrying them stateside and had branded them as their shop bikes.

Now, I was fucking furious to say the least and cursed them to a shallow grave filled with broken bike parts, piss and glass. After all the time the guys at MKE and I spent working on the Bruiser, just to have someone make a cheap Chinese knock off was a slap to the face. Airwalk claimed that Livery asked them to make the Bruiser knock-off and there was a lot of back and forth between me and the manufacturer. I even had a reader send me photos of the bike and a close friend spoke with someone at LDG about it. Both people asked who ever was working at the shop about the Bruiser and the LDG frames and were given the cold shoulder.

The other day, I Tweeted this:

Which led Eric from LDG to email me. He was concerned about the bad PR. We exchanged a few emails and he forwarded me some correspondences he had had with the Chinese manufacturer of the Airwalk frames. Turns out, that the manufacturer had taken the Bruiser geo and made them for Airwalk. The manufacturer then contacted Eric and wanted to see if he was interested in carrying them. Eric told me that he had no idea it was a knock-off of the Bruiser.

After he told me this and gave me his word, we both decided to bury the hatchet and for those of you who know me, you’ll acknowledge that even though I’m very opinionated, I’m also really reasonable. If someone apologizes and wants to rectify something, I’m totally open to doing so, regardless to how pissed I may have been in the past.

Eric and I spoke more about the Bruiser knock-offs. Which led him to admit that it was a bad decision to carry the frames and they never even sold them to customers. He also said they took their work in a new direction afterwards and had no intention of returning to that market.

I’ve been watching their blog since August. Watching it and waiting for them to slip up and they haven’t. They’ve actually seemed to be doing some pretty cool work. CNC fabrication, Architectural visualizations and events. If I wasn’t in the Architectural field, I could see myself working in a collective doing similar things.

So, this is my attempt at ridding the past of this ugly event. Some may think it’s weak, but I want people to be encouraged to do the right thing. So thanks to Eric and the guys at LDG for sorting this mess out. Be sure to check out what they’re doing on their blog.