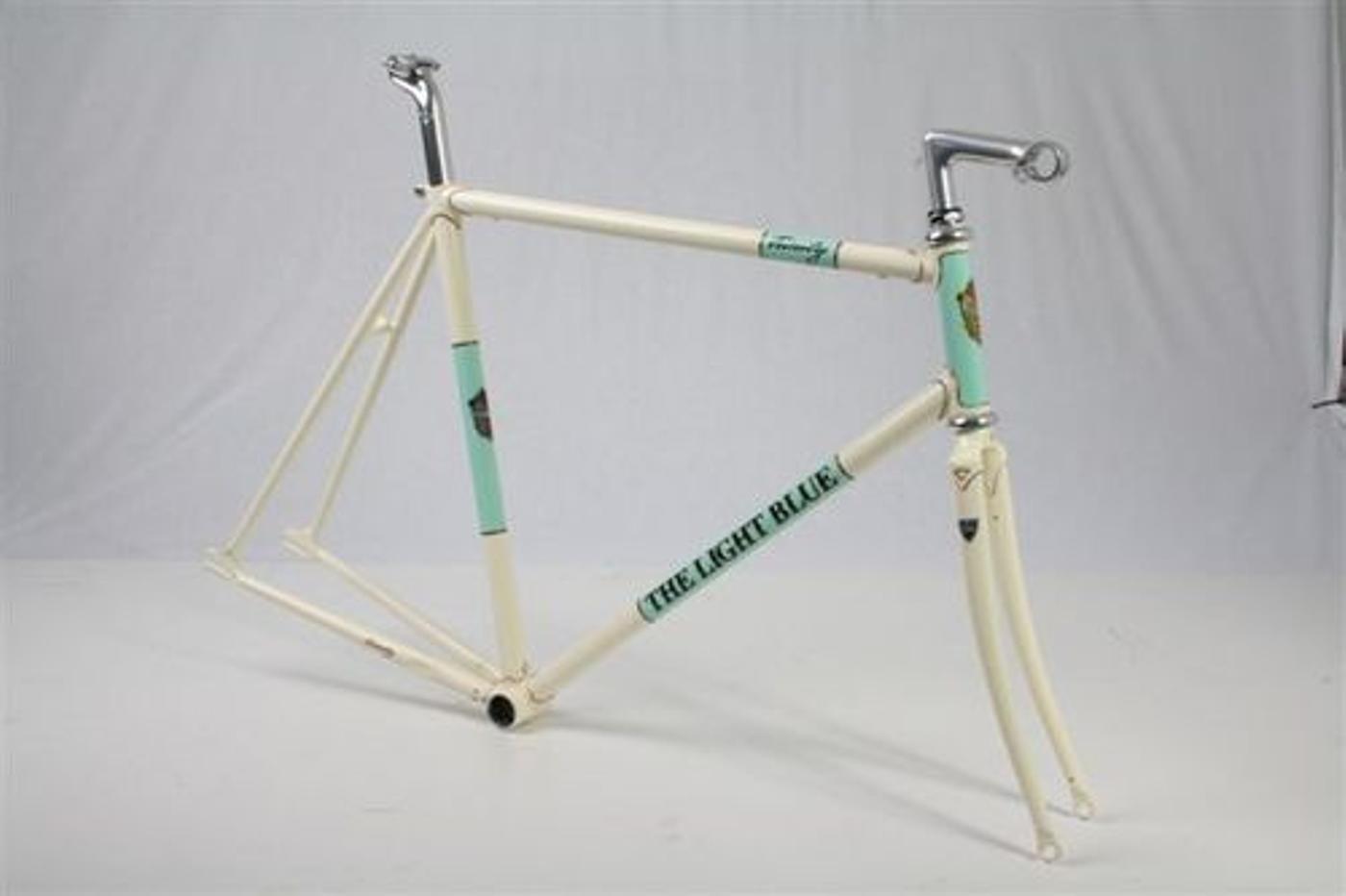 Keep it in the family. That’s the mindset for Light Blue Cycles. Here’s a little back-story on the brand.

The Light Blue brand of bicycles was designed and hand made by JA Townsend in Cambridge. In 2010, some 115years after the first Light Blues, comes the Trinity 531 LE track frameset. Designed by the great grandson of JA Townsend and produced using limited Edition Reynolds 531 tubing.

When I first saw this email, I thought Bianchi had re-issued one of their path racers from the late 50’s. Colors are similar, but the frames are entirely different. A Reynolds 531 modern track bike inspired by vintage path racers. Not bad. More information is below, including the original Light Blue path racer in all it’s glory. 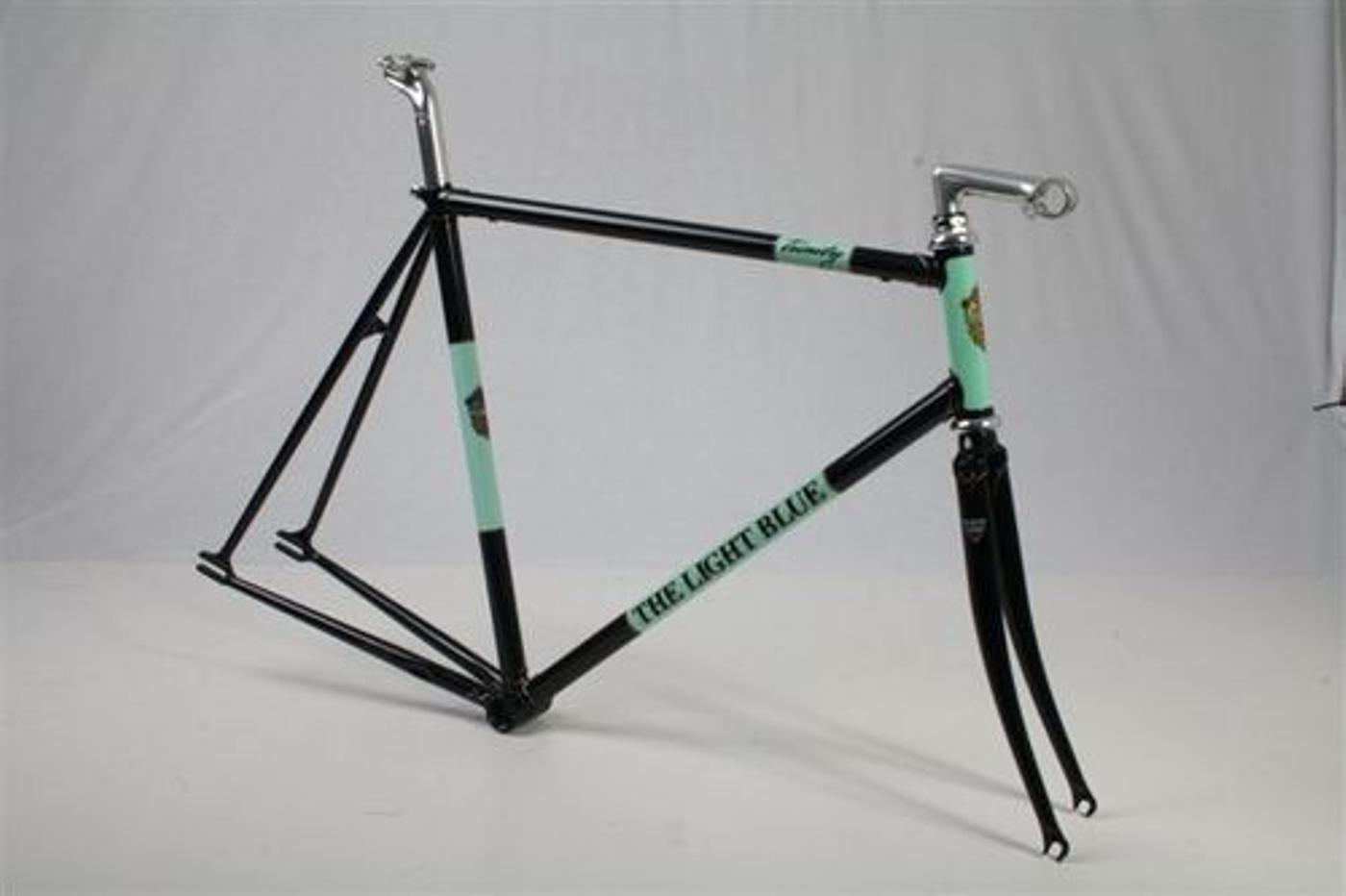 A true connoisseur’s choice, these framesets are destined to be cherished… as there will only ever be 100 made in total, and each one is number stamped.

Classic brazed lugs embrace Limited Edition Reynolds 531 tubing.
Contrasting classic graphics and the metal headbadge emphasise the 115 years of heritage that other brands can only dream about.
Hand painted gold lines around the lugs are almost a lost art form in the industry, and are another feature that exposes the Trinity’s true classic heritage. 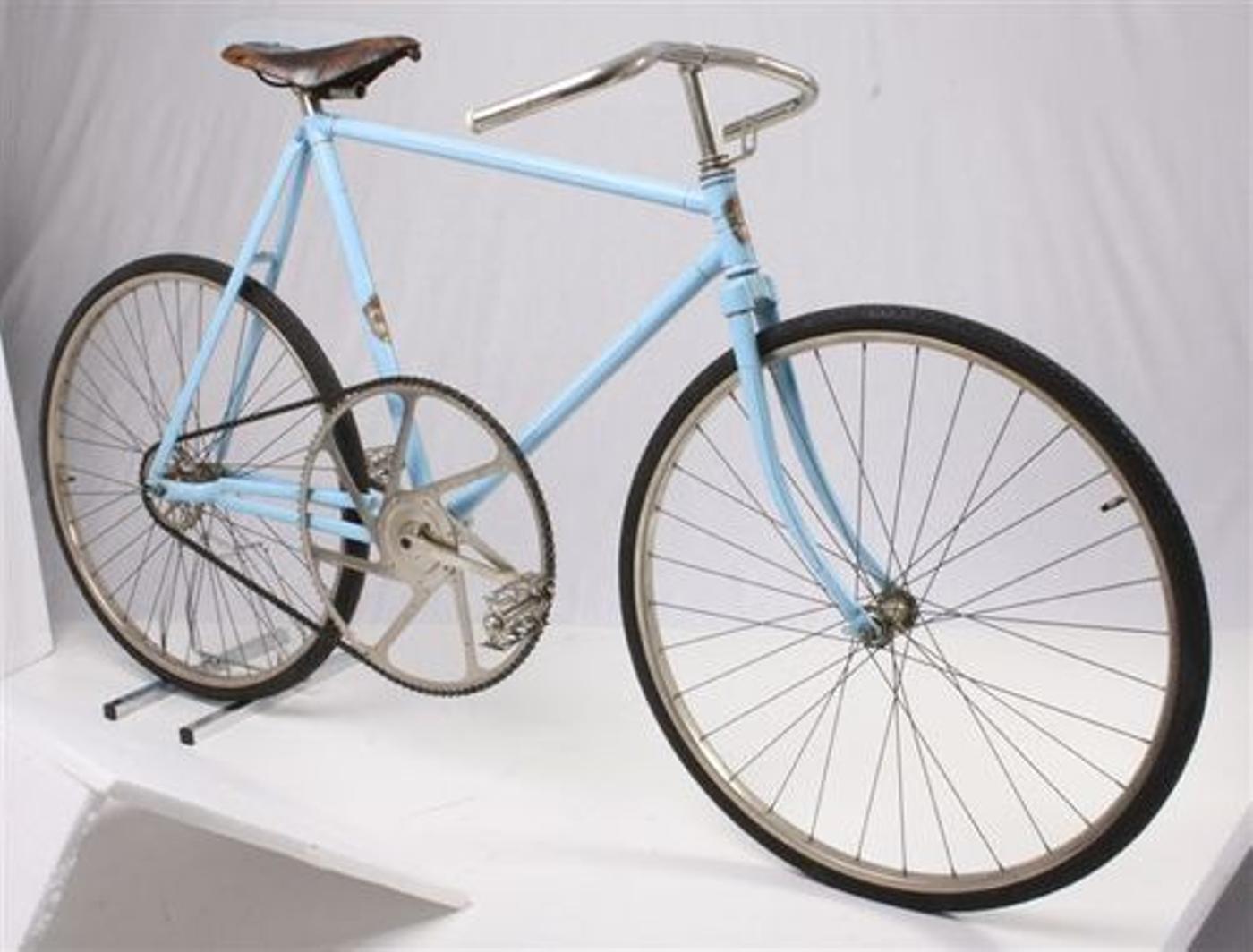 Here’s the original Light Blue path racer with it’s 100 tooth front chainring and twin-spar chainstays. This bike is lovingly kept in Lloyd Townsend’s office and can be seen at selected cycle shows such as Eurobike.