I love well-used 26” rigid MTBs from yesteryears, you love them, everyone loves them, they are the best.  Liam’s steed is no different with its glorious mane of tattered Newbaum’s tape flowing in the wind is something to see.  At first, when I saw it, I thought, “oh rad an updated Rock Hopper” to which I was quickly corrected that, “It was a Rock COMBO.”  How could I make such a mistake, this was no run of the mill 1980s 26er.  This was a Rock Combo, the first gravel bike? First performance Hybrid? Since there were only 500 made I guess it’s not so bad that I didn’t recognize it. 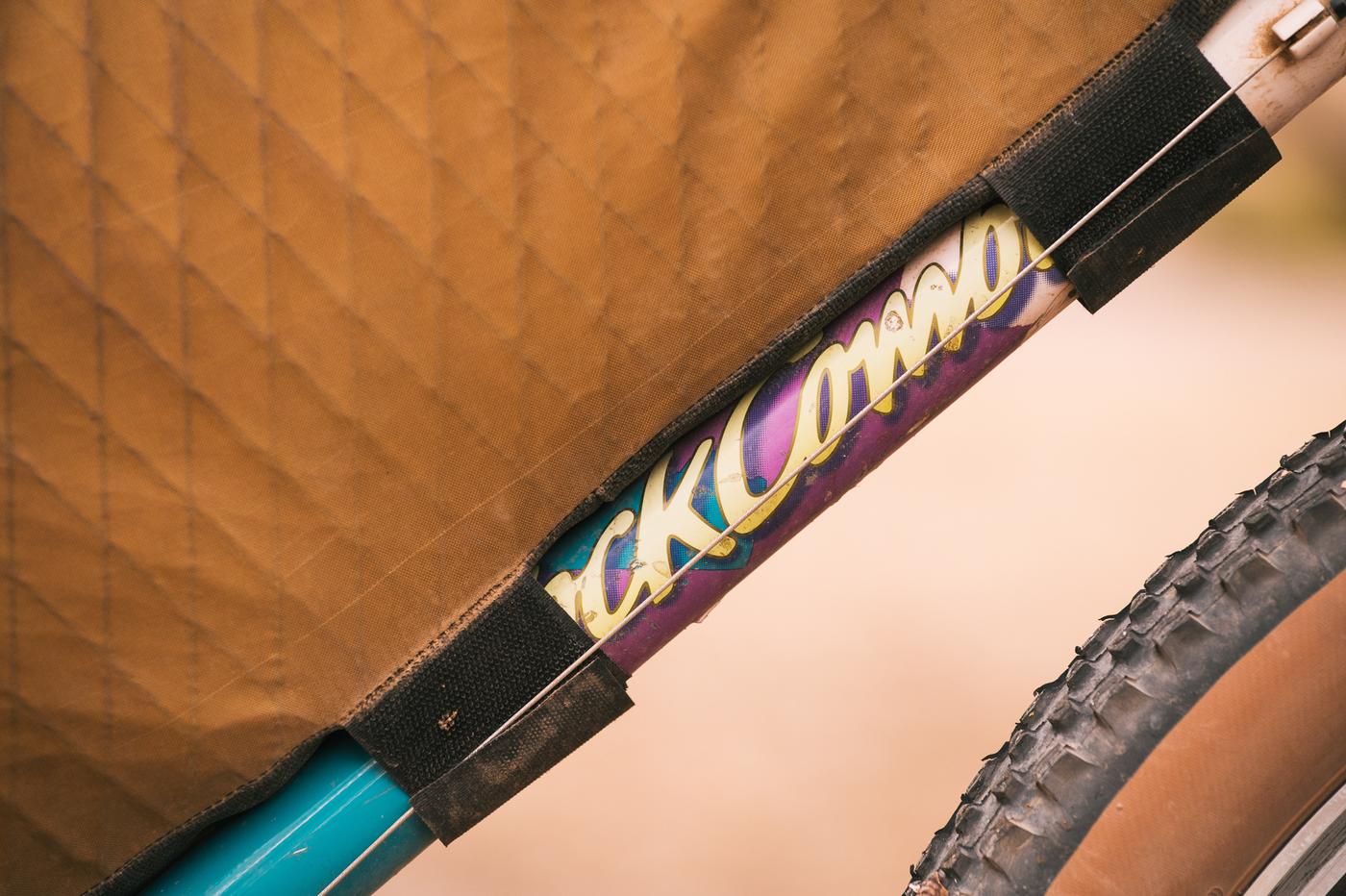 I found this story from Bryant Bainbridge, who designed the bike, on the MTBR forums:

“Well, it’s kind of a sad story. The bike that got designed was not the bike that got built due to a manufacturing screw up. The design was a 72 degree parallel main triangle with 1 3/4″ rake and about a 17″ rear end. I don’t remember exactly but the BB height was down around 11″. The idea was to take a mountain bike, steepen it up a bit and then lower the BB height to gain a little more stability, while still being higher than a touring bike so that there was clearance for offroad use. The tubeset was to be lighter as well. We made exactly one production run and then that was it. Two things killed it: 1) The factory execution was crap 2) Grant Peterson and I picked a 26″ wheel format and the rest of the industry went 700c. They won.” I didn’t know about the bike but I do know about living in the bay area and not being able to afford a Rivendell, but nonetheless trying to build something like it, well played Liam.

This thing has some sweet original details with the cockpit, seat post clamp, and those flag cranks still living their best triple life.  Some modern upgrades have kept this thing running into the 21st century; mostly a tubeless wheelset/tires (those 2.2s are damn tight in there) and a clutched Shimano derailleur.  The Silver bar-end shifters keep things smooth and are a nice tip of the hat to Mr. Peterson. As for baggage, Liam made his own frame bag (everyone, please tell him he’s doing a great job).  Front and rear Porcelain Rocket bags round out the build and those are now gonna be as rare and collectible as the frame soon. 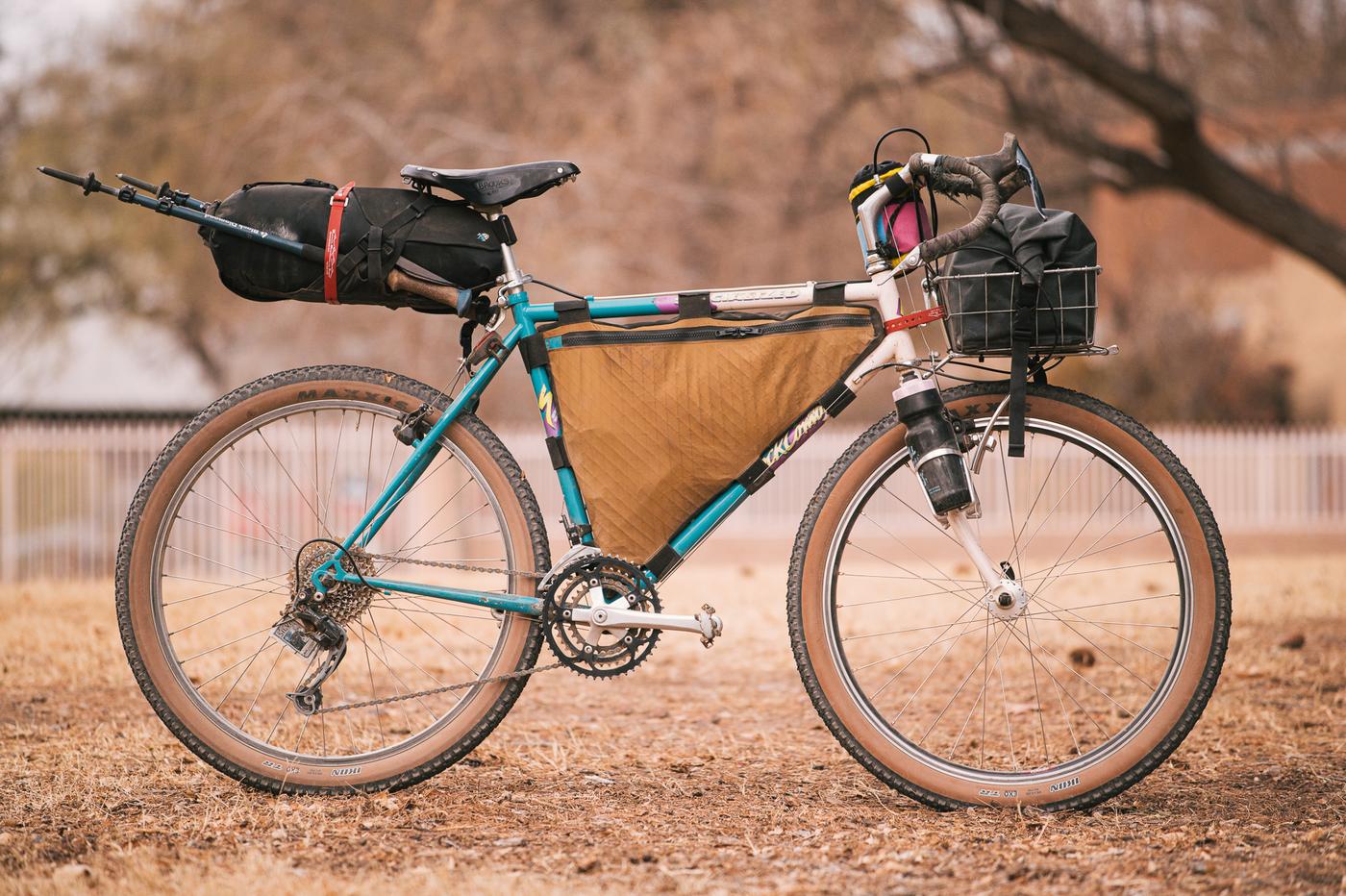 His basket and Nitto rack barely made it through its four-day trip, let’s give applause for velcro straps and zip ties holding our shit together.