I always say this, but Lamour Supreme ( @lamoursupreme ) is a mad man. A few weeks ago, I was in the Mishka offices and Greg had just gotten a package in from Cure toys in Tokyo. Greg told me that Joel was going to make a custom hand painted Boogie-Man for the Tokyo store opening. A few weeks later (last weekend), we’re in Tokyo, setting up the Harajuku Store (more on that later) when a box came in from Cure toys.

Check out more photos and information below. We opened it up to find these bad-ass Boogie-Man toys. Joel took a blank vinyl and painted it up. He then shot photos and sent them to Cure. Once they had the photos, they sent them off to the factory, where they produced 20 pieces exclusively for the opening of the Mishka store. 20 is really limited for these and I was fortunate enough to grab one. Evey one was clowning me about being so amped on picking one up, but they sold out in hours. No one else from Mishka has one! 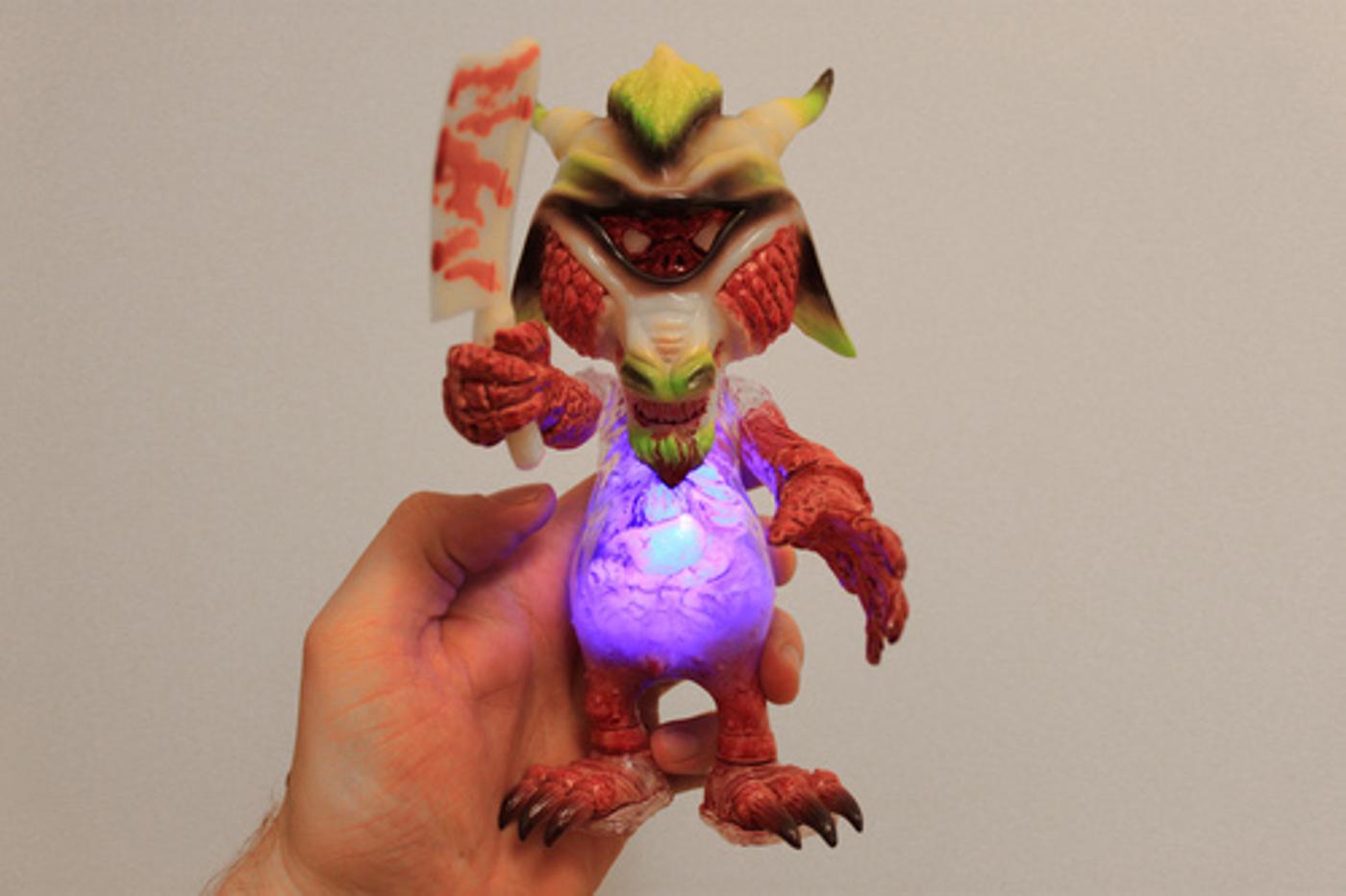 Inside the belly of the Boogie-Man are a series of LED lights that illuminate when you hit it. The figure and the Baphomet mask are also glow in the dark vinyl. 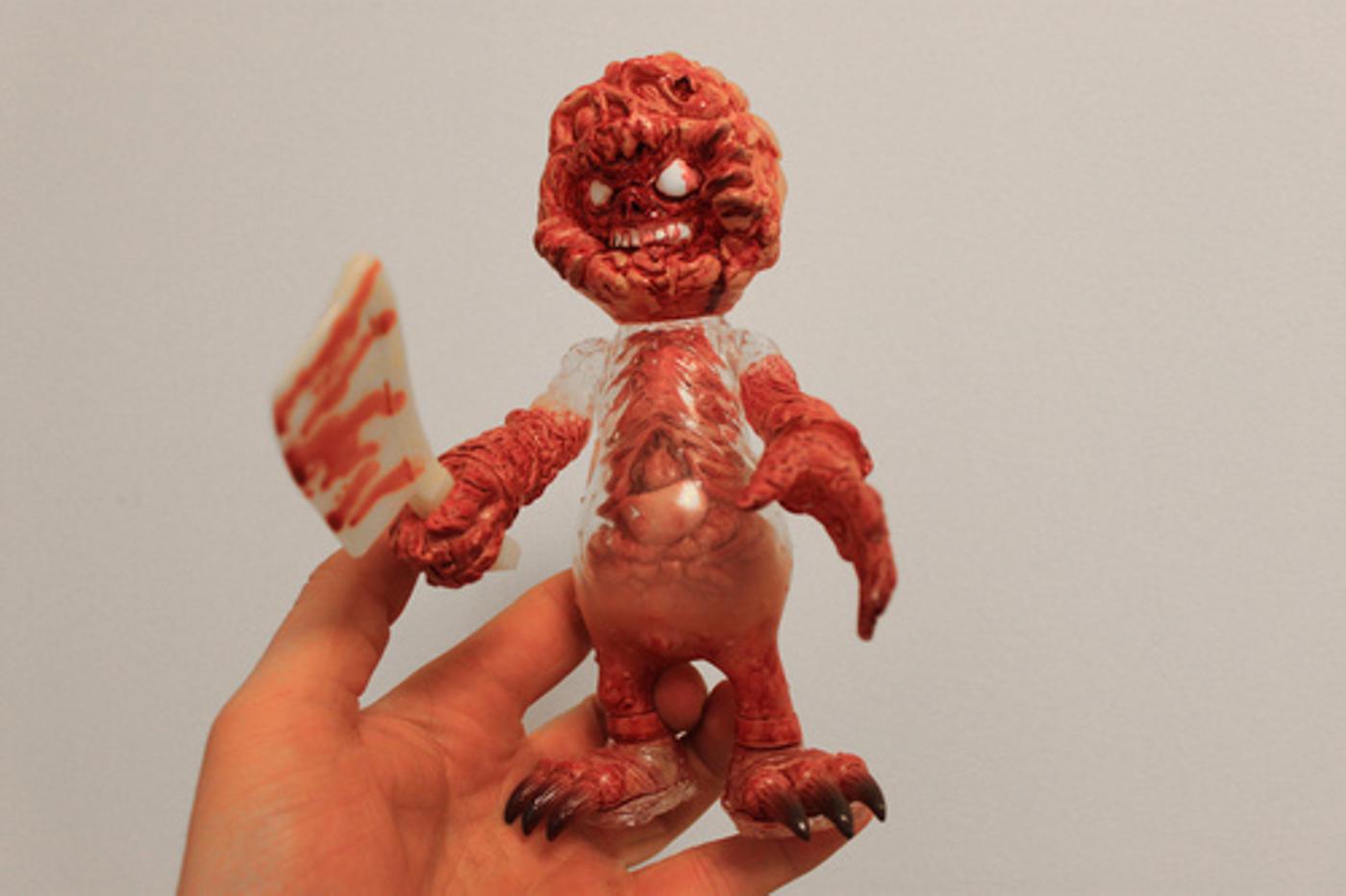 You can see why it’s called the “Rotting Flesh” Boogie-Man. If you’re into Kaiju, I’ve taken some photos of a few of the toys I picked up while in Japan. Check them out here.