What follows is a recalled conversation between a bicycle racer and his bicycle’s maker. Even at the time, the exchange was fuzzy at best, and over the years, it has grown even furrier, as memories made under these circumstances are apt to do.

However, both parties involved reviewed it and then concluded that the following retelling is about as accurate as it’s gonna get about the origins of Rock Lobster’s current World Cup CX Species, whose latest evolution began a little something like this…

I was deep in the grip of the offseason when the phone rang. Who would dare disturb me at such a time? I squinted at the screen.

The King of the Crustaceans himself. The one-man marching band behind Rock Lobster Cycles, the hand-built bicycle frames that he cranks out, one by one, from his small shop on the West Side of Santa Cruz, California. It’s a manufacturing process he’s honed over four decades building bikes, and one that lends itself to quality product over production quantity. And while wait list is a poor and misguided measurement of frame builder’s talent, the six-month line for Paul’s frames does add a sense of urgency when the phone rings. When he decides to turn the pile of metal tubes into a functional bicycle, you best have something to say, regardless of whatever state, country or universe, your consciousness happens to inhabit at that particular moment. 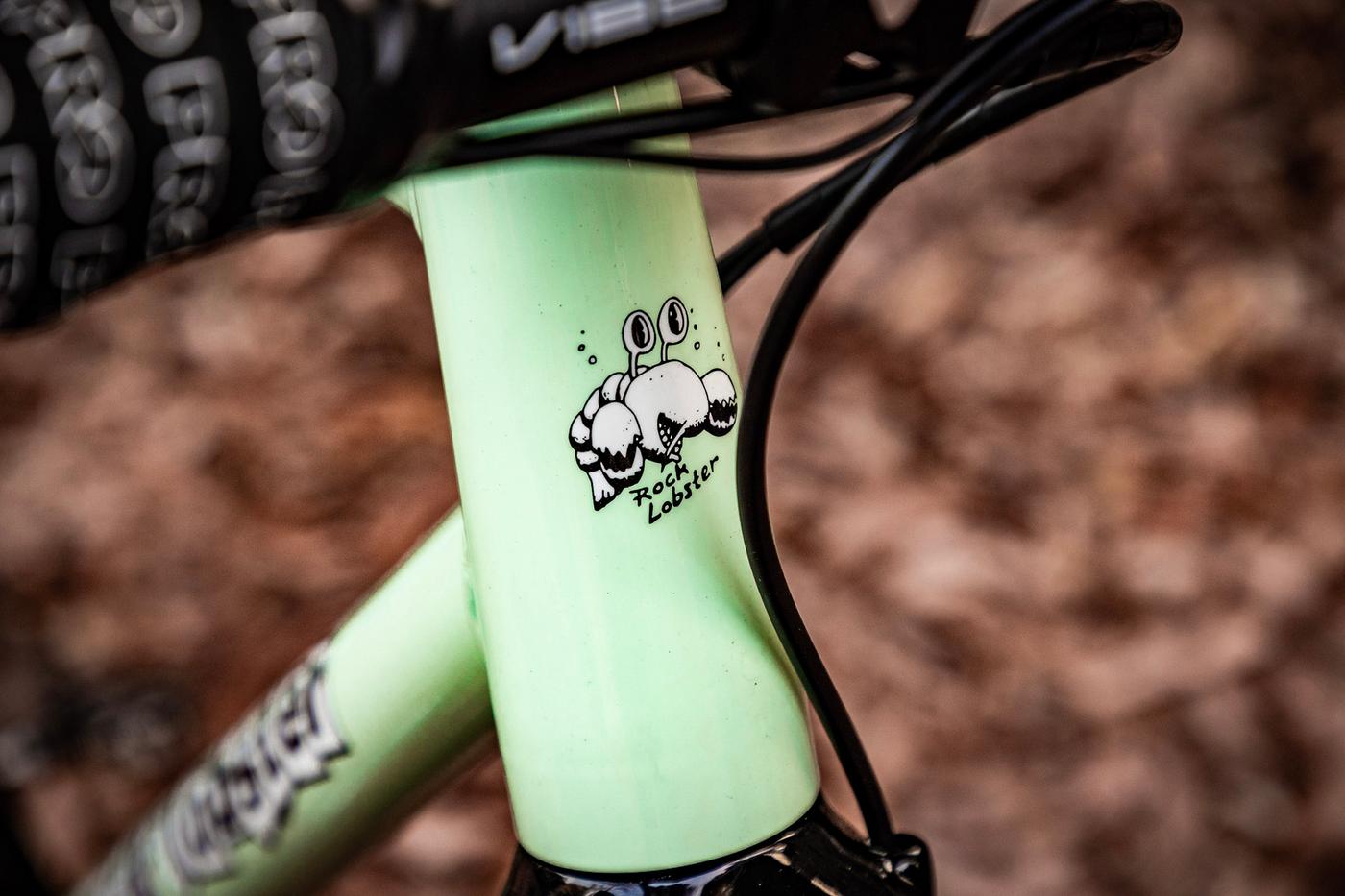 I’d had this exact conversation with myself many times during my first season racing cyclocross in Belgium in 2017. I’d ridden Paul’s bikes since 2013 when he recruited me from the Santa Cruz Lunch Ride to his Rock Lobster Cyclocross Team. Lunch Rides turned to Local CX Races. Local CX Races turned to Nationals and UCI events. I’d been dragged into this whacky cyclocross world by Paul, his Santa Cruz crew and the combination of Hennessey, pasta carbonara, overstuffed rental houses and under-supervised shenanigans that bonds his crusty cross band together.

That dubacherous combo yielded enough unintended success that I turned pro, moved to Europe, and started getting my ass whooped all over again. After a season of suffering, I learned that the motherland demanded even more out of a bike and a body than a day of icy USGP Cyclocross racing followed by a bourbon-soaked Summit Saloon dance floor (may that stinky, sticky watering hole RIP). 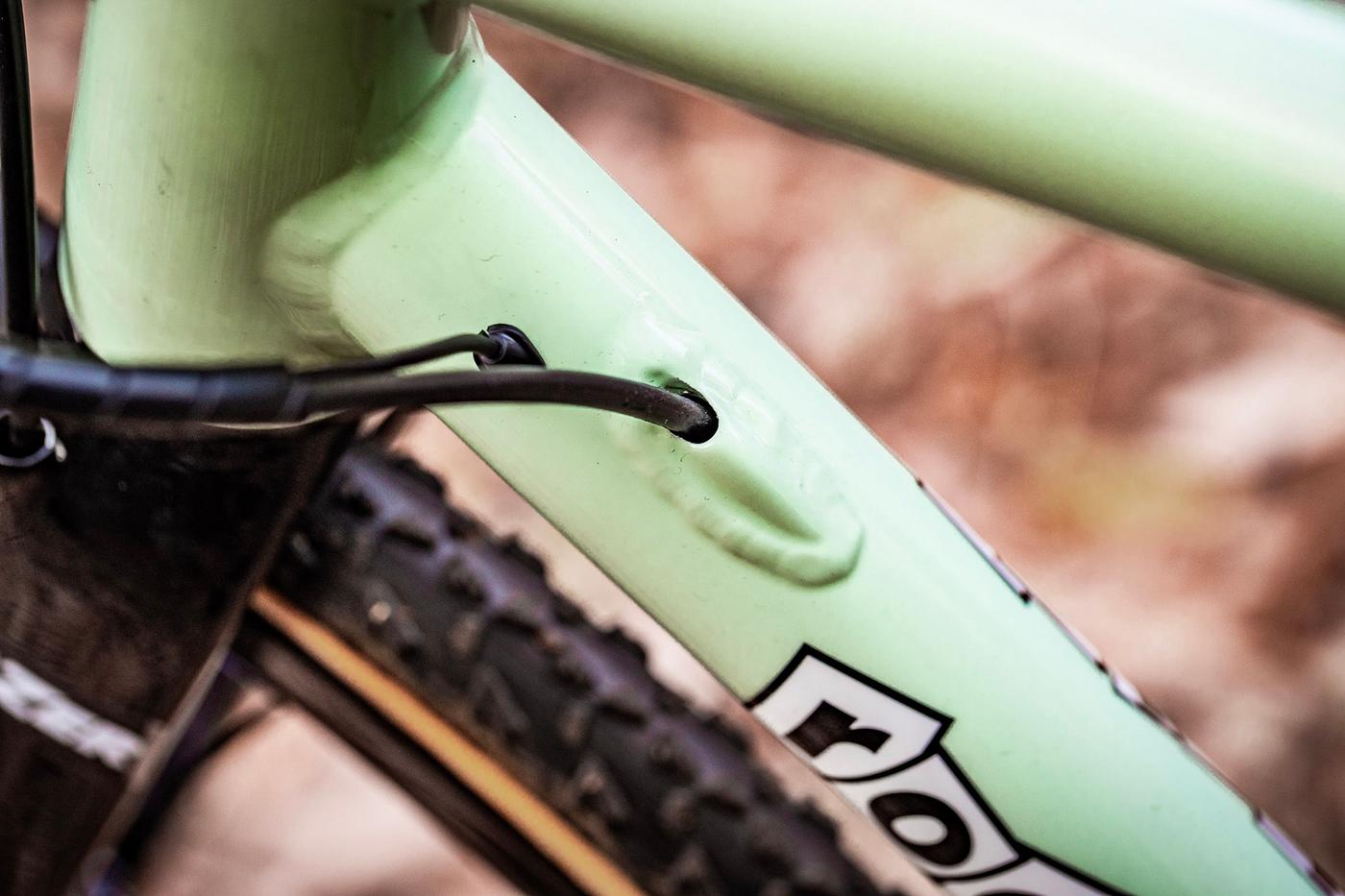 Deep in the heart of Euroland, a bike can’t just be well intentioned. It must be well built. Purpose built. Built for the precision and messy details that racing there demands. Constructed for sliding sideways across the muddy off cambers of Namur. Designed to dance through the rutted sand dunes in Koksijde. Crafted to bang up Koppenberg cobbles. I had cracked my mind and body during that first winter in Flanders to experience all this. They were sacrifices to develop my own personal race craft, but more importantly to evolve the Lobster CX species…

And so there, melted to my couch in sunny Southern California, I spoke with Paul about the next cyclocross bikes that he would build in his shop 250 miles up the California Coast, that would then fly 5,000 miles away to be thoroughly flogged in their element.

“So these are gonna be flat-mount disc, right?” asked the Boss. It’s a question that I had avoided for many years, even as hydraulic braking crept across the pro ranks, gobbling up cantilever setups one by one. By my first season in Belgium, nearly the entire pro peloton had drunk the mineral oil Kool Aid. While those trusty cantis had gotten me that far, I realized that harder stopping was key to keeping up. Those slimy, muddy chutes had finally broken my braking spirit.

“Disc? Yeah. Definitely disc.” After one of the last holdouts in the canti camp, uttering those words felt like an out of body experience.

But it was control I was after, not aesthetics. And with that thought, my mind started to drift. I remembered of the u-turns that punctuate the high-speed burn through late night suburban Brussels during the SuperPrestiege in Diegem. 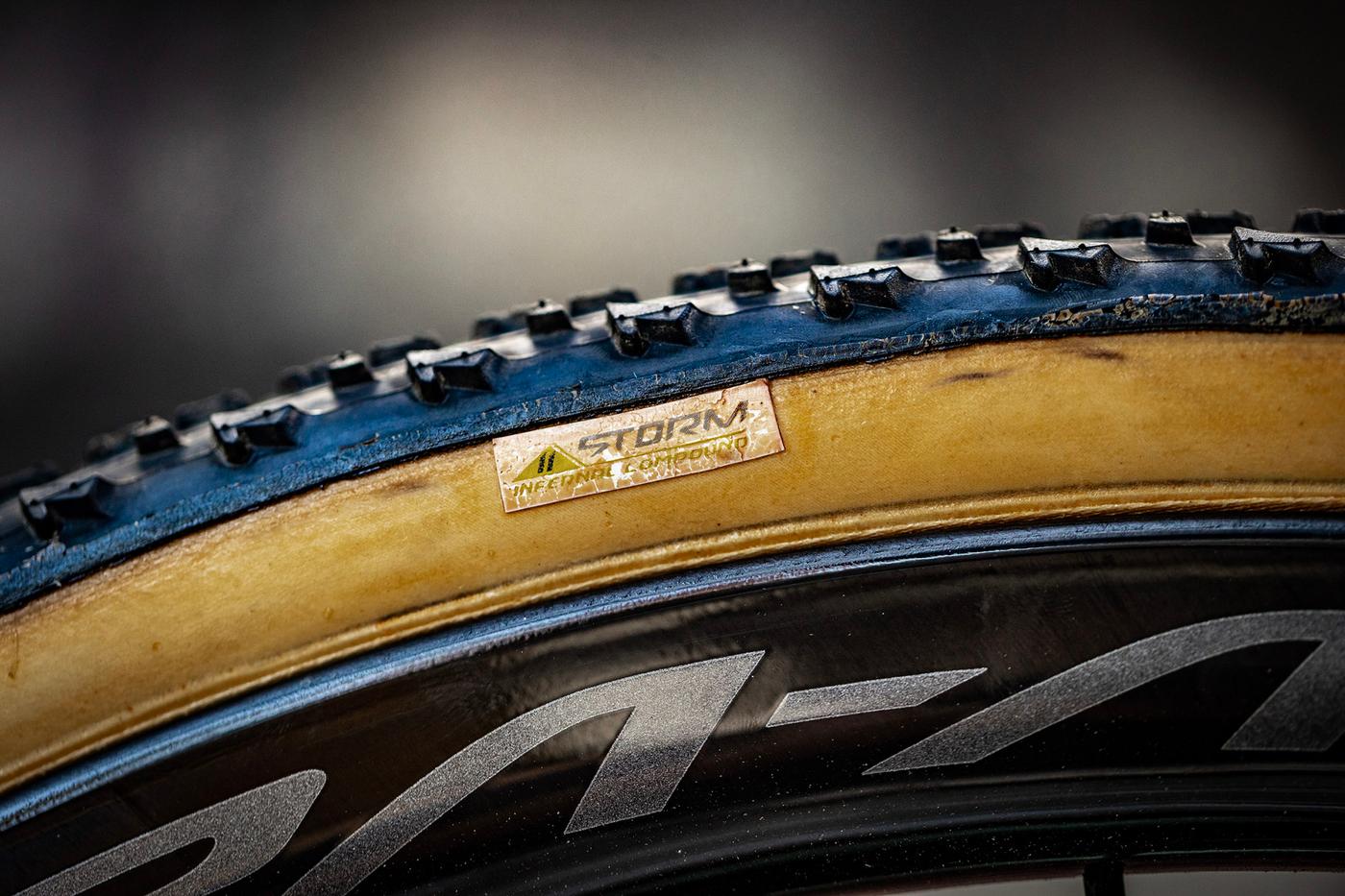 “Let’s give the front end a tighter turning radius,” I said with those tight twists in mind.

But, then I recalled those slippery, slimy flat corners throughout the Bogense World Cup. There, on the Danish coastline, freezing wind blew ocean spray over the breakwater and onto the course. It provided just enough moisture for slime, yet not enough to rut out. When the going gets slippery, the front end is the last thing to lose first.

“Can we also make it steer tighter without having the front end wash out?”

“Yeah, should be no problem,” The Boss responded. He knew, just as I’d experienced, that understeer is the ultimate enemy of cornering stability. Even so, I pondered the more traditional courses in the heartland of cyclocross country. Ruddervoorde Superprestiege. The Hoogerheide and Koksijde World Cups. The Loenhout DVV Trofee. There, the race lines burn in thanks to a fanatical adherence of riders to the ruts. Tracks may theoretically stretch three meters tape to tape, but the real course is a ten-centimeter trench, sometimes flange-deep, dug by the passage of thousands of squishy tubular tires.

In those corners, a loose back end proves a best friend. After slamming the front wheel into a rut, a delicate drift slots the rear in for a fast, smooth sling around the bend.

“Can we make the backend break loose before the front? Add a bit of oversteer out back?”

“Sure can,” said Paul, “That’ll help the front correct itself should it start to slide.”

After regaling Paul with scenarios, both hypothetical and experienced, we’d decided on the remaining tweaks to the frame design: A slightly steeper head tube. Slightly shorter chain stays. A degree off the seat tube angle to put more weight over the back wheel for better seated traction. It would all add up to smoother handling, better braking and graceful sliding through the controlled chaos of a muddy Belgian bicycle race.

At least that’s what I hoped would happen as I hung up the phone. We’d taken bikes that already rode well, and changed them. Would it make them better? Would they steer like I’d imagined? Had I been in any state to provide input into a bicycle that would be cut, welded and baked into perpetuity? Only time would tell.

And that time finally came on a quintessentially cyclocrossy day, in Maldegem, a small Flemish village on the border with Holland. There, the new bike slung through the sandy ruts, righting itself as I’d pound on the pedals. The front end hugged the poles while the shorter back end slid smoothly, pivoting around tight apexes. The front end popped over the barriers with a spry reliability that I could have only hoped for.

As I slid, skipped and slammed my way around that cold corner of the low countries, I couldn’t help but relish the journey of the metal bike I rode. A bike that began with refinements conceived in this very land, brought to life in Santa Cruz by hand, then returned to frolic in the mire that inspired it.