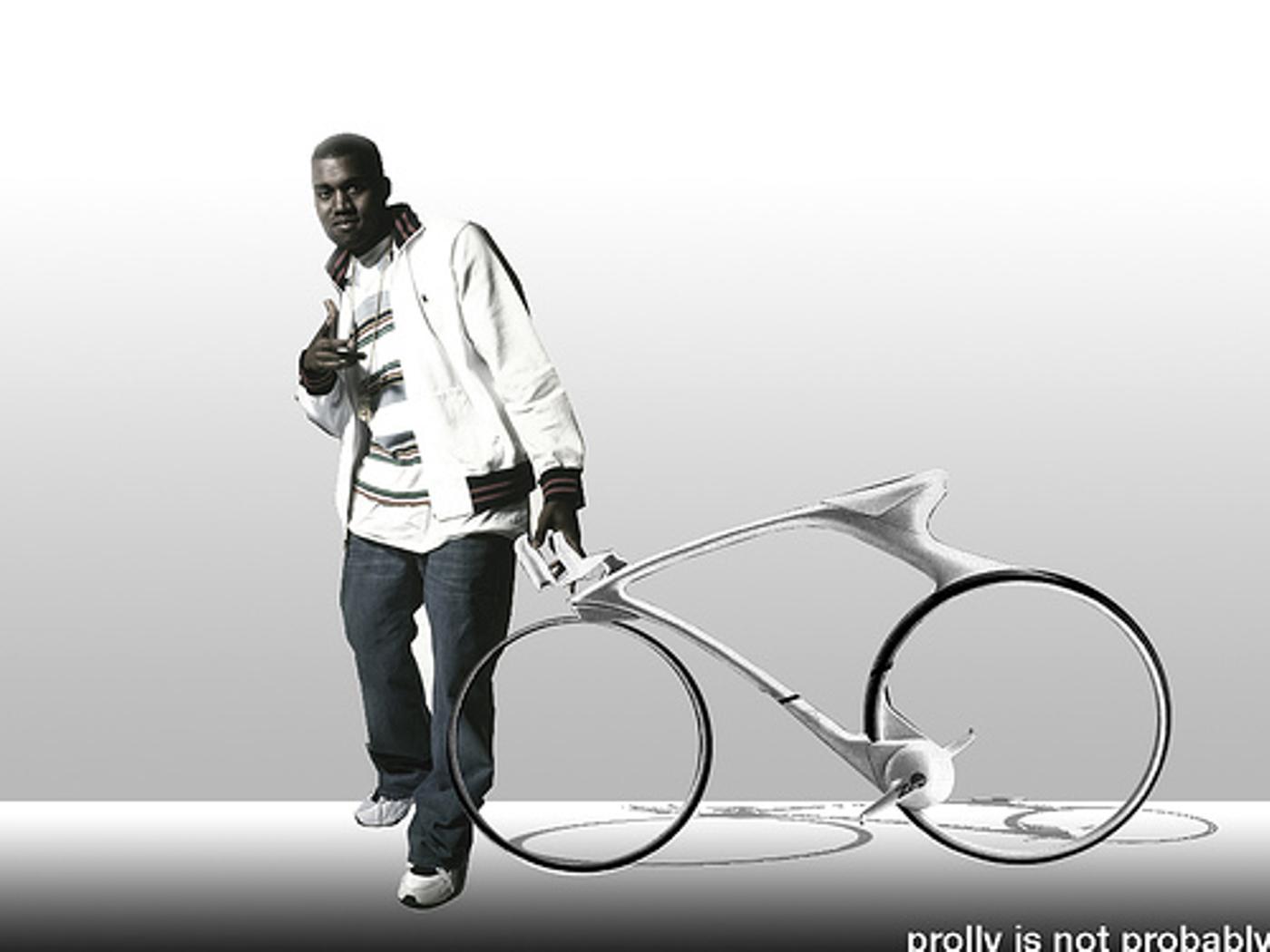 A while back, I posted about Kanye West buying a Cinelli Vigorelli from Trackstar. Soon afterwards, the internet kinda went nuts and more photochops started popping up all over. Well, there’s been little media coverage regarding the subject and it wasn’t until recently that press photos emerged showing his new ride, a Gangsta Track.

At around 13 minutes into his interview, an MTV reporter asks him about his Brooklyn Machine Works that he recently got while on tour. Kanye had the following to say about it:

He then went on to state that:

“You would really hope that your businesses would run like a fixed gear. When you pedal, it moves.”

It’s a pretty good interview and at least he’s being honest about his new experience with it.