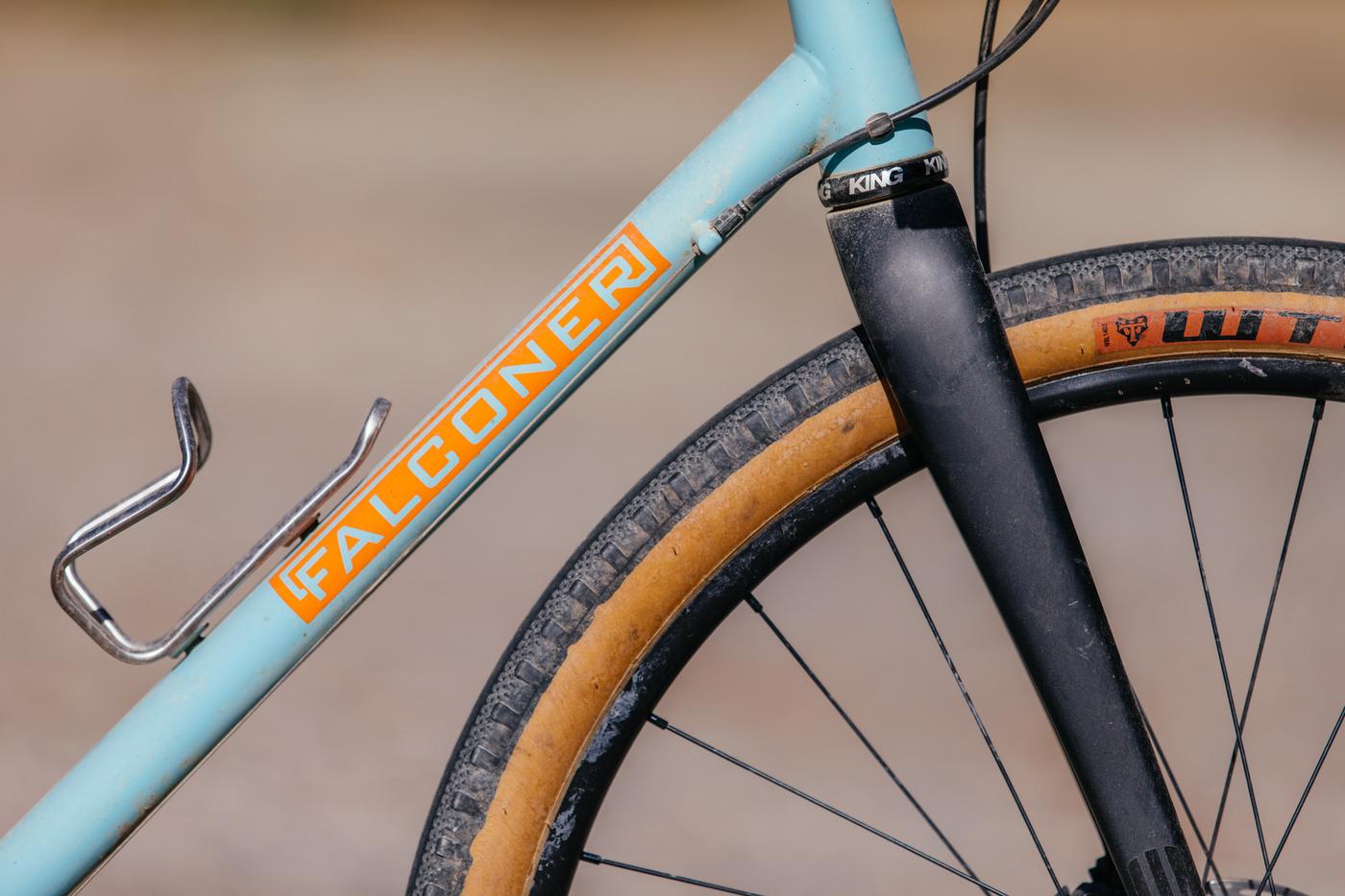 Now everyone likes to say their roads are the steepest, or the rockiest, or the chunkiest, but I’ve ridden all over and I will say the roads up in those parts are all the above. In most areas, you’ve got to get out, into the middle of nowhere to ride such terrain, but Downieville is the definition of the middle of nowhere. Isolated in the winter months, it’s not like the Forest Service is out grading these service roads each spring, and as the winters get more and more intense, the roads surely suffer. 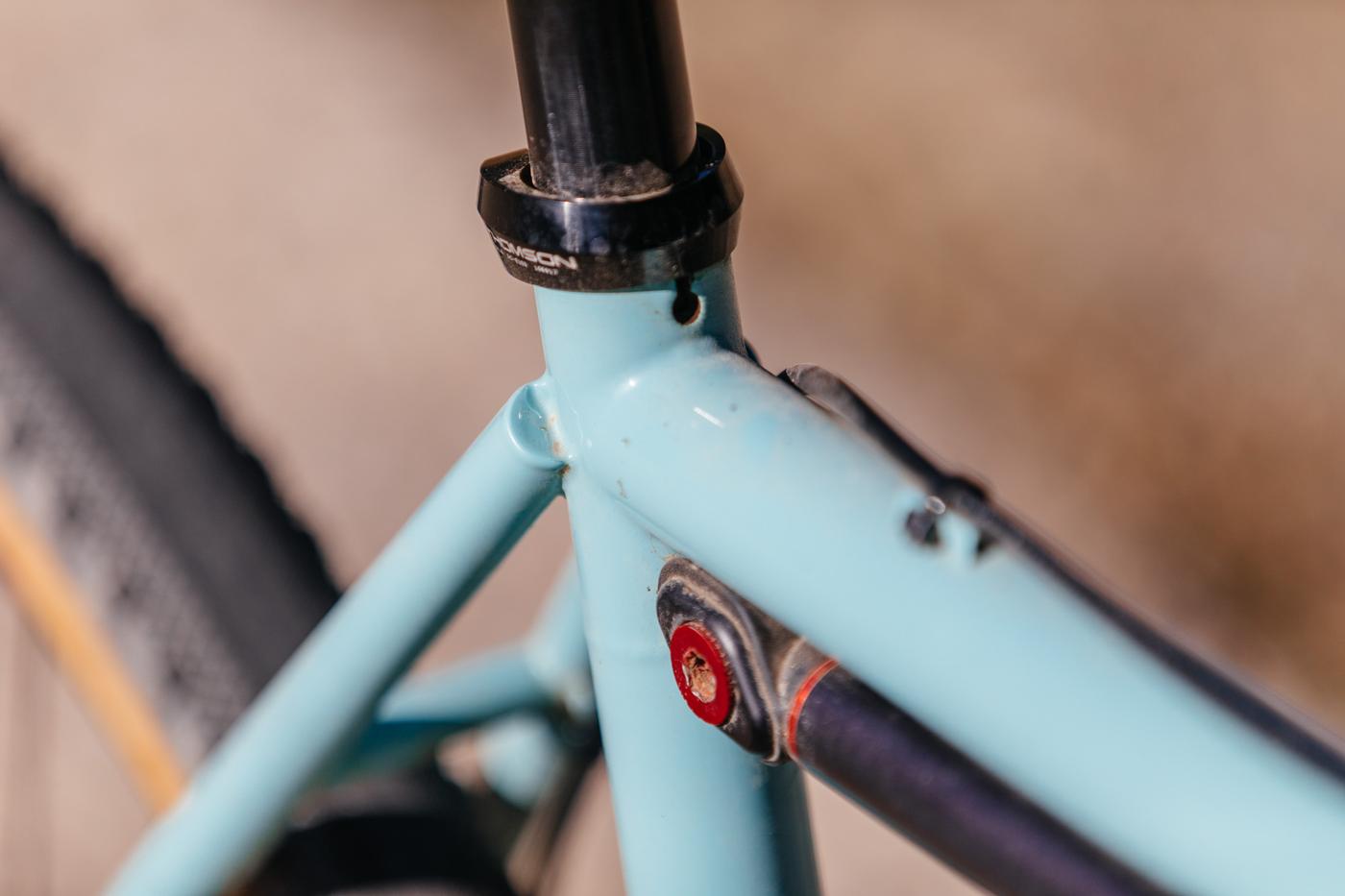 Bigger is better when it comes to road tires out in the Lost Sierra. Events like Lost & Found and Grinduro have shown that. So when it came to getting a new road bike, he pinged his longtime friend Cameron Falconer to make a bike that could handle all that chunk and cragginess. 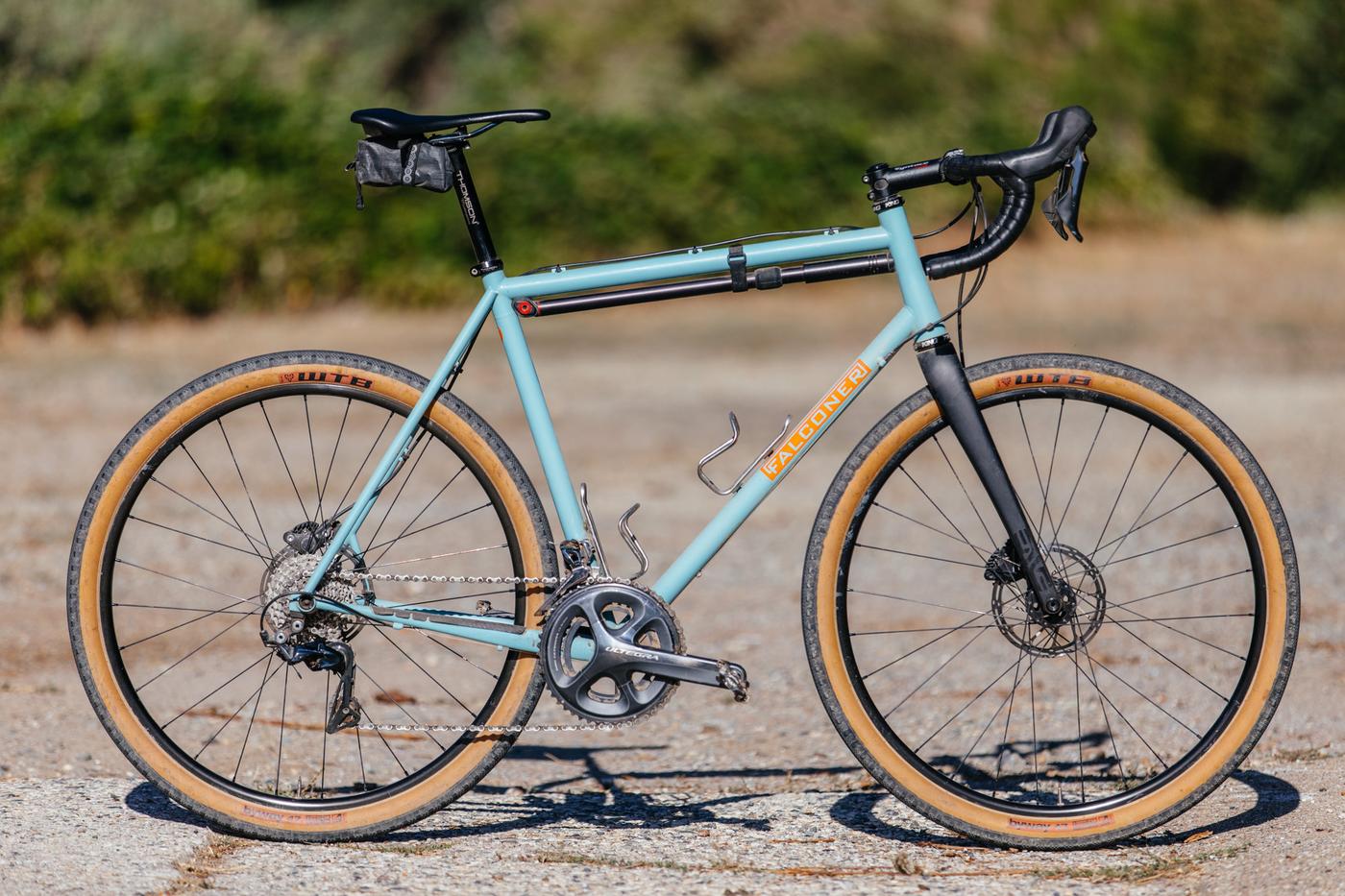 With clearance for a 50mm 27.5 tire, no-nonsense parts build, Cam’s signature lopped seatstays, and a robin’s egg blue powdercoat, this bike isn’t super flashy but is good at getting its job done.