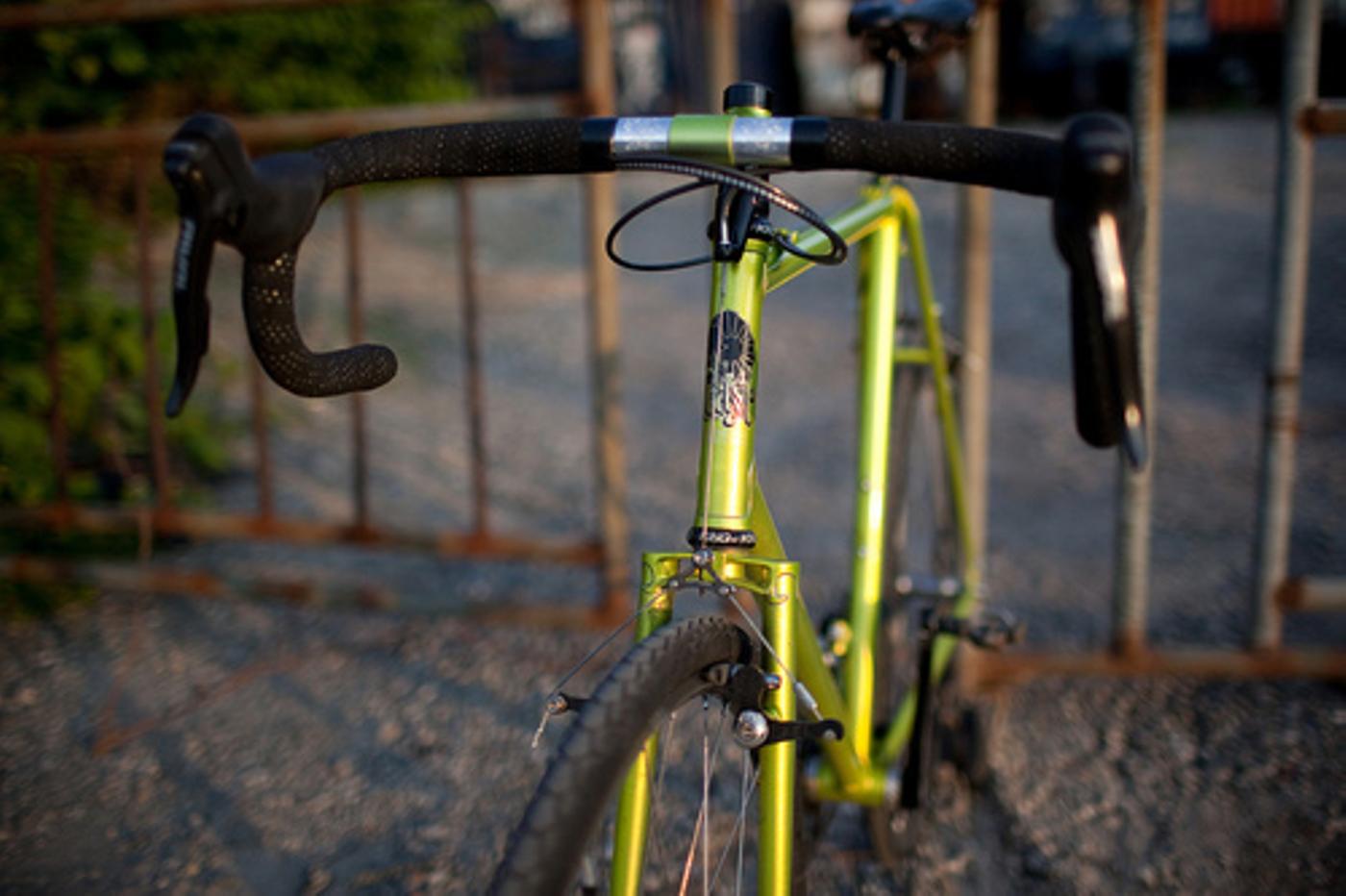 After posting a few photos of Ben’s new Coast cyclocross bike fresh from the painters, he left a comment with a photo of the complete build in the comments. Since then, a few people have emailed me asking to see more photos of the completed build. I was going to wait until I could take photos of the bike but I decided that Ben’s photos are really great. He posted them to the New Bike Day thread on the NYC fixed boards, so I’m re-posting them here.

Check out a few more below! Hope you don’t mind Ben! I’m in love with this bike. Form and function all while maintaining a tight cross geometry. Like most of Coast’s builds, Johnny usually makes a custom stem for the bike. This one was painted the same color and features some sexy brazing. So nice! Again, these photos don’t do it justice! The color is blindingly gorgeous. Thanks for sharing Ben! Will you be at the Open House on Saturday?