The 70’s were the automotive paint design heyday, ATMO anyway. Earth tones and bright hues intersected along cars, vans and trucks via a network of chevrons and stripes. While many manufacturers embraced these trends, it was the niche hobby market who took it to the next level. A whole culture emerged with vans donning intricate designs, long before #VanLife, yet it was the off-road culture that has always piqued my interest, most notably the baja bugs and trucks. Jeremy from Stinner Frameworks has always had an affinity for the early 70’s Baja Bug paint designs, ultimately these became the inspiration for this two-wheeled off-road machine. 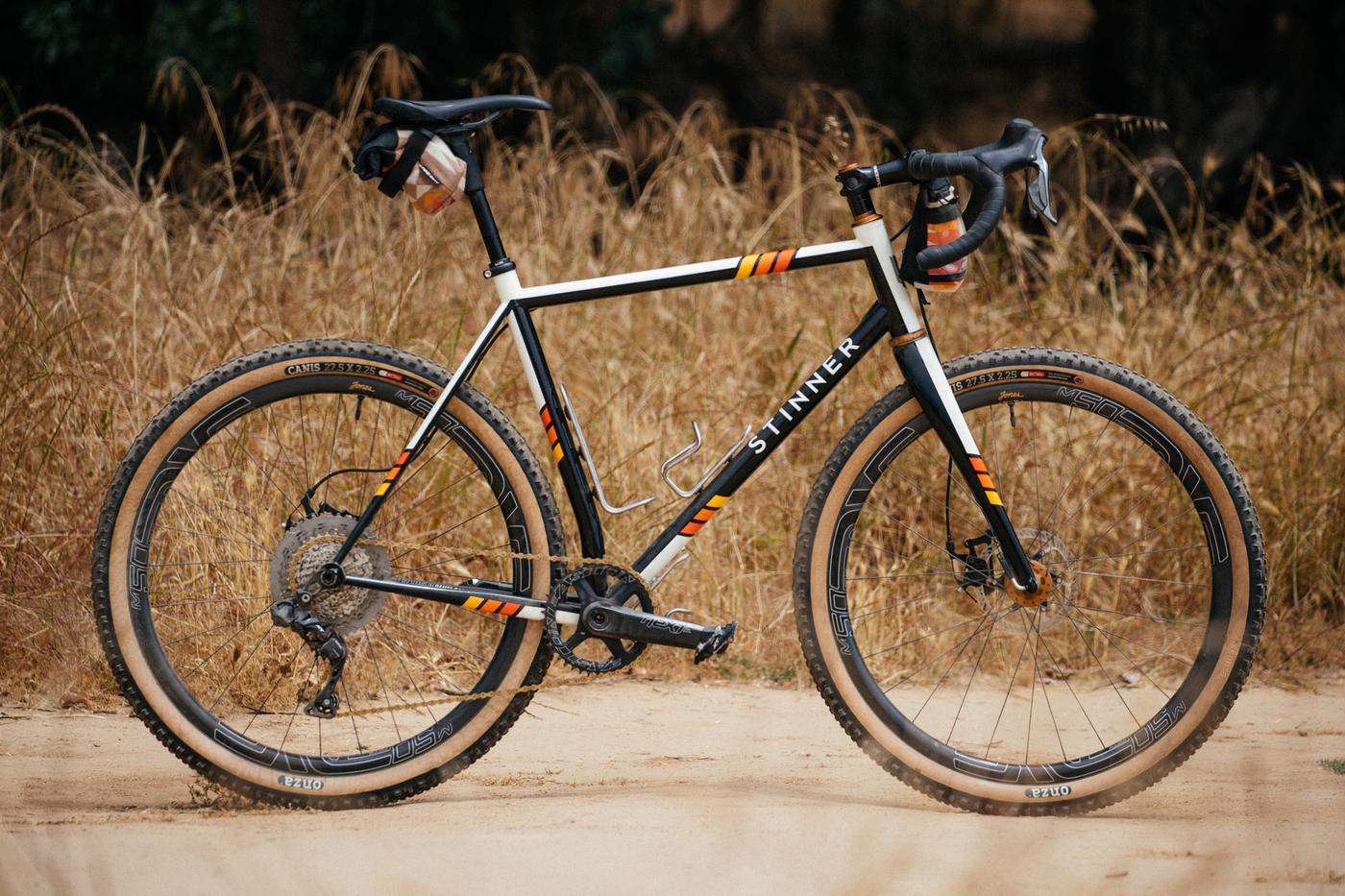 An avid mountain biker, Jeremy wanted to get a new drop bar bike, one that was capable of tackling Santa Barbara’s rocky trails and fire roads, yet maintained a zippy feel. He decided on the Stinner Monster Cross model with 27.5 wheels and a few clever hacks. We’ve seen it before, but mating Di2 shifters with an XT rear mech allows for Shimano e-shifting mountain bike gearing on a drop bar bike. Then, Jeremy took it a step further, using the second mechanical shifter to activate his dropper post, for when the trail gets steep.

Because this was a NAHBS bike, Stinner had access to that rarer than unicorn shit Chris King Bourbon color, which is what made its way onto this frame. These bits, along with the Onza Canis tires and Fog City bags (there’s also a cargo bag for the seat tube, which carries random trail items for Jeremy, which I omitted from the shoot) really make this bike top notch.