Gunnar Cycles has had some pretty tricked-out bikes featured here on the Radavist over the years, but Jay’s bike holds a special place in my heart. First, you need an introduction to Jay. He’s worked at Topanga Creek Outpost for a few years now, and in his spare time spends hours upon hours exploring the neighboring State and National Parks as part of the Unpredict Your Wednesday outings. Jay is a lover of nature and the magic herb our Mother produces here in California. He’s a smiling soul with love and stoke always present.

Jay’s bike has that special something that stops people in their tracks and requires further visual inquiry. In a world of disc-brake dominated bikes, Jay’s is a Paul Cantilever-equipped machine, with clearance for a 40mm tire and a relaxed road geometry. If it had provisions for racks, it could even pass for a lightweight tourer. That hasn’t stopped him from strapping bikepacking bags on it in the past, however. 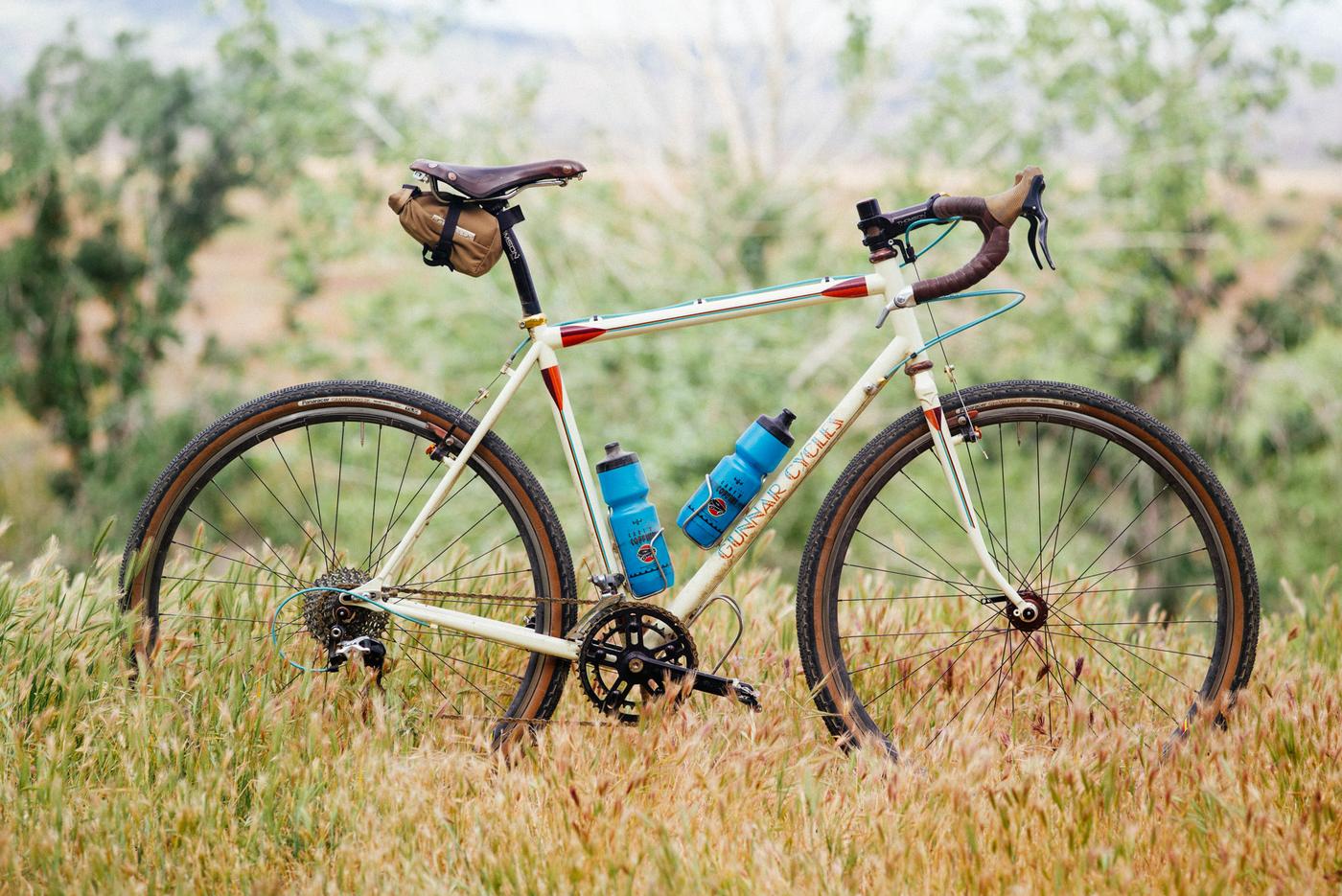 This bike looks like a carton of American Spirits, or an old hotel sign in the southwest. It oozes Americana without being overly ostentatious. Like Jay, this bike is best observed and engaged with when you’ve got the time. Jay is moving up to the Bay Area and we’re all gonna miss him down here in Sunny So-Cal. That means it’ll be time to fender up this bad boy, right, Jay?