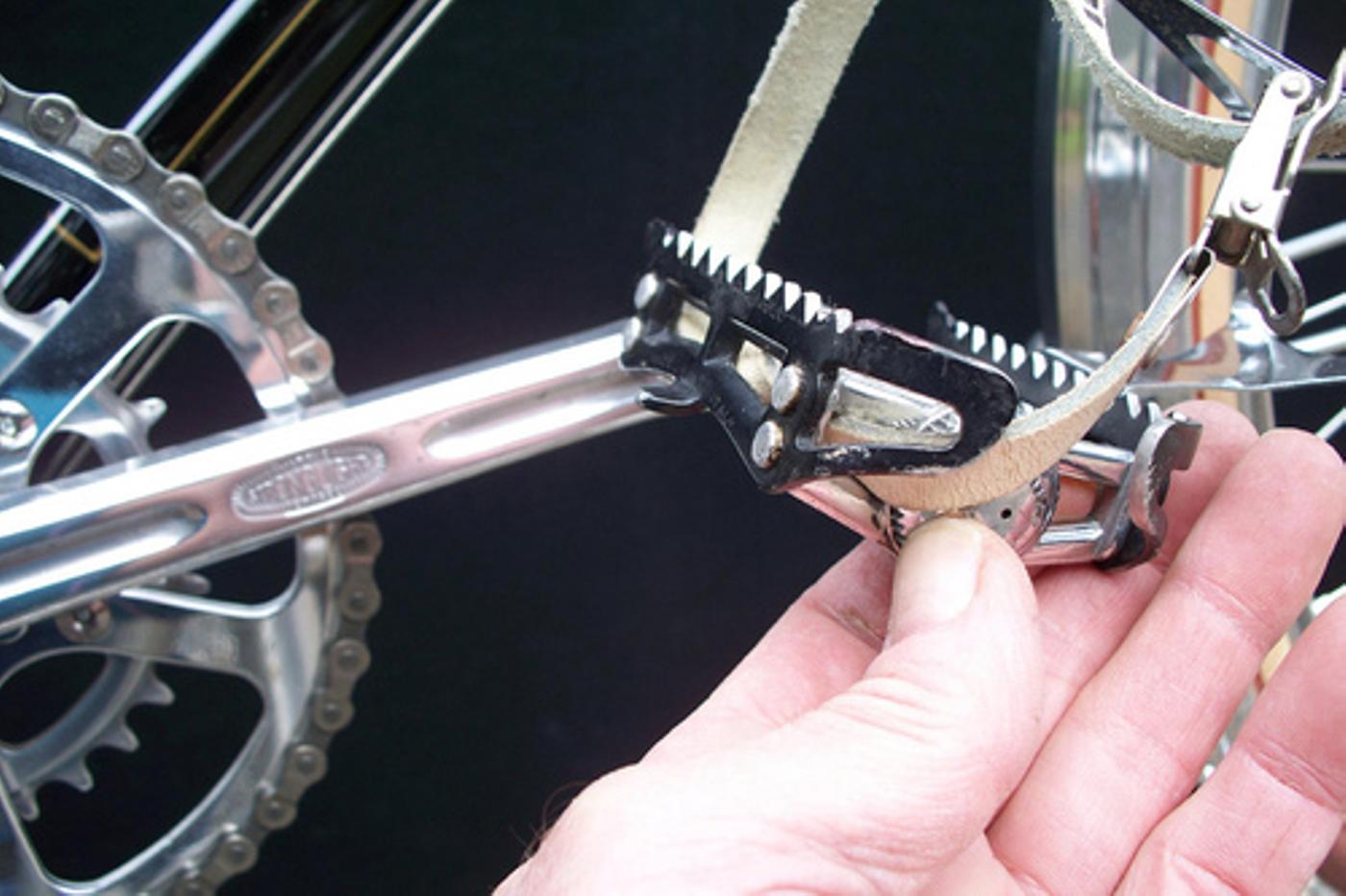 I showed you these before via a link to my Flickr from the 2010 Philly Bike Expo post on J.P. Weigle. Peter is a machinist as much as he is a framebuilder and what does a framebuilder do when they that itch to make their bike builds stand apart from the rest? They begin to cut, carve and drill away at components.

Campagnolo’s rarest track pedals are the Con Denti models. Con Denti means “with teeth”. They simply added teeth to each cage on the pedal to give some much-needed traction. Later with cleats on the pedals, the need for teeth became obsolete. This modification became a commonplace amongst builders but no one does it like Weigle!