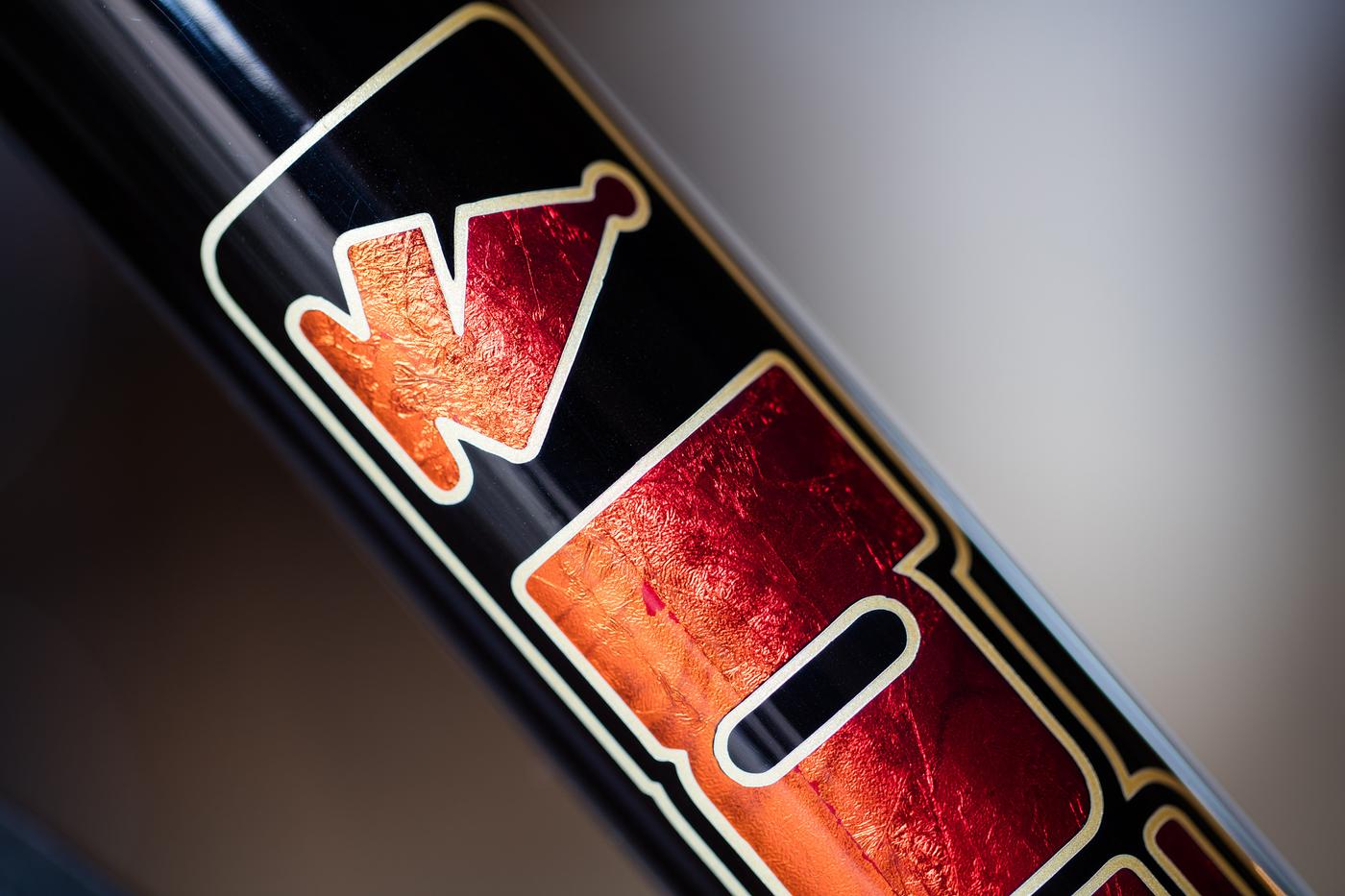 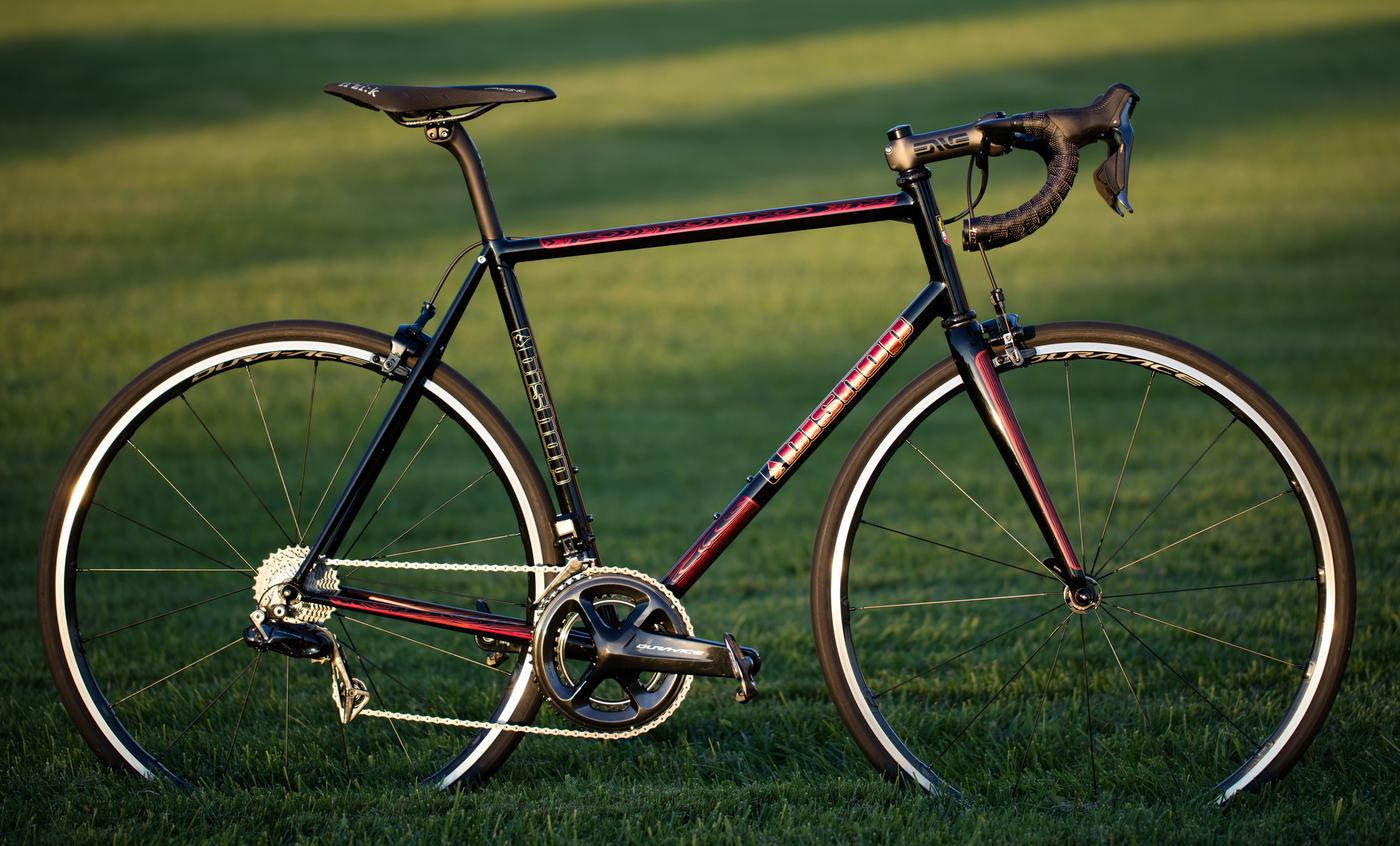 For anyone who attended NAHBS last year, this Bishop frameset will look familiar. It won Best Finish in show and was painted by Rudi at Black Magic Paint. Well, it took almost a year to build this bike up, but it’s complete. Before we jump into that, however, here’s what Rudi has to say about the bike:

“Chris Bishop sent this bike to do whatever we wanted in the summer. My right/dominant arm was paralyzed in a moto wreck shortly after we received the bike. The bike hung in our shop for months until I felt comfortable painting a bike like this. I sent some sketches over before NAHBS and Chris said, “Awesome! Go with your vision.” My vision was gold paint outlines with kandy gold leaf fade over the fill for the logos. The “grain” panels were a three-color kandy fade. The head tube logo was five color wet paint over a solid black base color. ”