I smile and respond, “Oh okay, thanks. We are just taking a snack break.” while taking a quick glance at the map on Ride with GPS – where the county road in question is clearly marked.

The woman doesn’t respond and slowly drives away.

Noshing on our Cliff Bars and guzzling water, we see the car roll on – only to stop 30 feet away. Skyler and I glance at one another with that “well this should be interesting” look developed between long-time riding partners in the face of broken spokes, extreme weather, and unfriendly confrontations.

The white-haired woman’s car backs up and speeds towards us, narrowly missing one of the bushes.

She rolls down her window again and says, “I guess what I meant to say is it’s private property and there are about 50 people staying there for an event.” Skyler responds, “Okay thanks. We are just taking a break.”

The woman repeats herself, “It is a dead-end and it is private property.”

“Is this your property?” I ask.

The woman indignantly shakes her head no and drives off silently – without rolling up her window this time.

Skyler and I take this as a sign to leave. Unsurprisingly, we find the county road just to the left of the private property. Who knows if the woman actually believed there was a road or not? What I do know is that this interaction made me realize three things:

First, the essential role that public lands play in bikepacking and other outdoor recreation. We met this person halfway through a 2,700-mile bikepacking trip along the *Wild West Route from Canada to Mexico. Nearly 70% of the route is on public lands, and by that point had traversed over a thousand miles. We swam in pristine lakes in Glacier National Park, climbed and descended the infamous Magruder Corridor Trail, witnessed the unworldly lava rocks of Craters of the Moon, and rolled through the desolate hills of the Snake River Plains. It was 110% clear that our trip would not have been possible without access to public lands, or at least not nearly as enjoyable and epic. 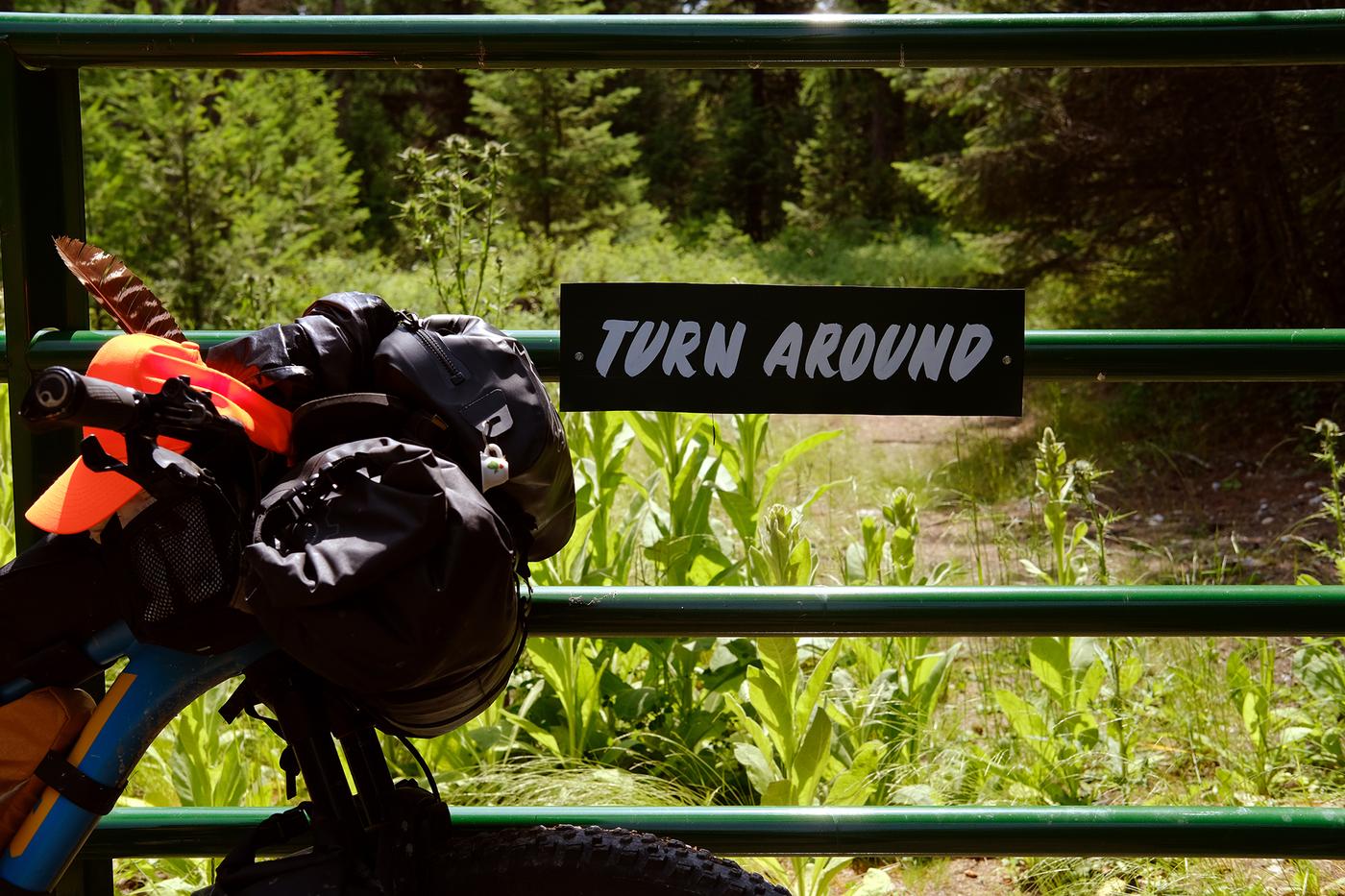 Secondly, it was a moment when we had to bike on a public road that skirted in-between private property. Sometimes we biked through these ‘gray areas’, but more often than not, the NO TRESPASSING  signs made it apparent where you were and were not welcome. And when we saw handmade signs with words related to guns and God, we steered away from veering off the trail. Almost in direct opposition, along the route, there were also public displays that mentioned the indigenous people that once lived on the same land that just boasted a blaring red private property sign. Finally, that moment made me realize I had been primed to be constantly aware of what land I was allowed to bikepack on – but I truly did not know the depth of what land ownership, private property, public lands, and indigenous land meant. In retrospect, I wished I asked that woman, “Do you know whose land you are on anyways?” I learned that there were so many things that I could do to be a better advocate and steward of the land in which I rode on.  One not so great moment on the Wild West Route demonstrated the importance of advocacy and stewardship of the lands upon which we ride.  I recently scoured over Kurt Refsniders’s article about public lands and read about the troubling new Bureau of Land Management’s director on Bikepacking.com.  Afterward, I used the experiences of this trip to send input on the proposed changes to the National Environmental Policy Act (NEPA). In the grand scheme of things, these are very small actions by one individual.  But I hope that others will find inspiration in their own bikepacking experiences to push the conversation about the land in which we ride and camp on. If you’d like to join the conversation, August 26, 2019 is the last day to give input on the proposed changes to NEPA. It took me only 3 minutes to go through this tool created by the Southern Environmental Law Center. Take a look here

*The Wild West Route has been developed by Bikepacking Roots, a 501(c)(3) non-profit organization dedicated to supporting the growing bikepacking community.