Northern California has spawned many frame builders since the 1960’s, beginning in many ways with Albert Eisentraut, whose influence sparked a new wave of American frame builders. One of these apprentices is Jeremy Sycip, who learned under Eisentraut’s careful eye at UBI. Prior to that, however, Eisentraut had taught many other builders including; Bruce Gordon, Joe Breeze, Skip Hujsak, Mark Nobilette, and Bill Stevenson. The history of those individuals solidified the US frame building scene, and eventually paved the way for guys like Jeremy Sycip to go out on their own. 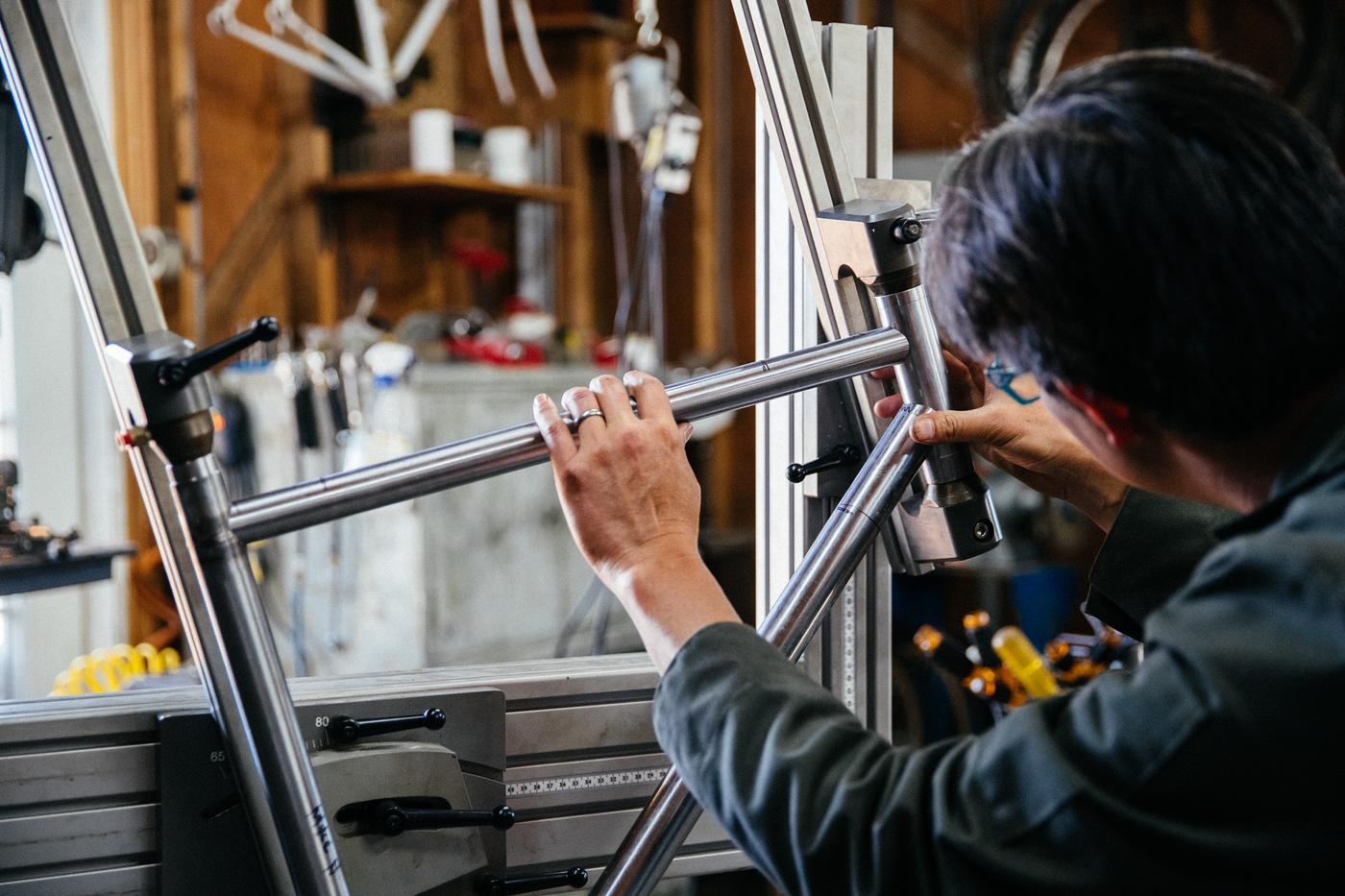 For over 25 years, Jeremy has built bicycle frames under the label Sycip, running his eponymous operation in Northern California since 1992. Originally located in San Francisco, he and his brother, Jay, opened a small storefront up in downtown Santa Rosa in the late 90’s. Their plan was pretty genius for its time. Jeremy would work on frames in a glass storefront, while Jay would work on design for the brand, taking breaks to show walk-ins the process. If they came for a custom bike, Jay would offer his custom, one-of-a-kind hand-painted frame… The brand, Sycip Designs, finally took hold. Jeremy wasn’t guided by Eisentraut alone, not at all. Other builders shared their process with Sycip, including Rock Lobster‘s Paul Sadoff, and Soulcraft‘s Sean Walling. In fact, many of the process-based innovations still used today were shared by Walling after his time at Salsa.

In the early days of Sycip, frame building was not nearly as popular as it is today. NAHBS wasn’t a thing yet, and while there were a number of larger frame building operations in the Northeast and Schwinn holding down the Midwest, the boutique, artisanal approach to frame construction we have today was far from common. Seeing the details in Sycip number 01 really offers an oracle-like prediction for what was to come from this industry as it lay dormant in chrysalis. 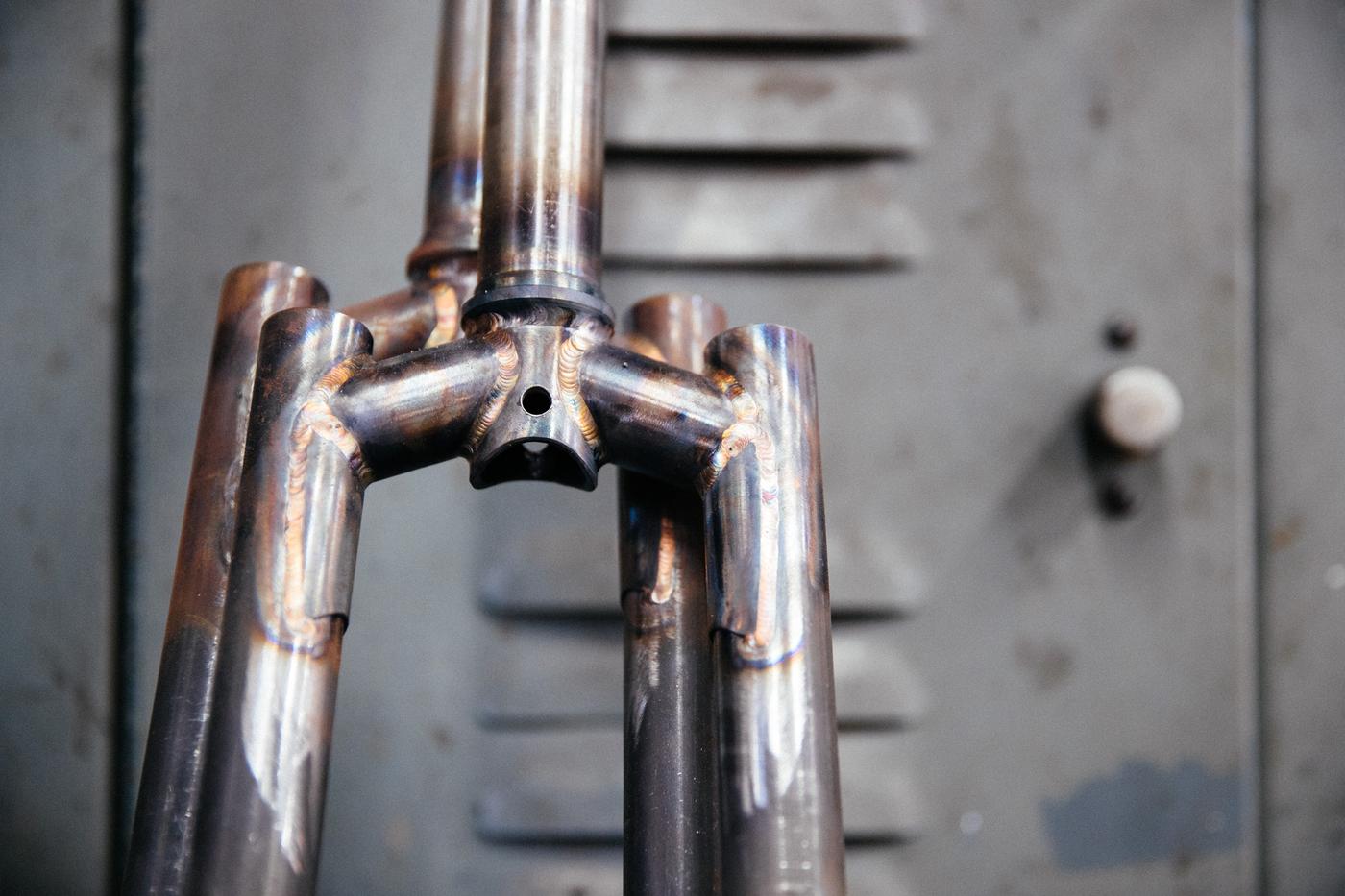 Fast forward to modern times and Sycip has a cult following. You’ll see them all over the world and the customers riding them are always smiling ear to ear. These bikes carry an energy with the clientele because many of them have waited their entire lives to have one. When you’ve been building for over 25 years, that’s the reality. Thinking about how far the industry has come in that time is daunting but realizing that steel bikes are still popular is more than comforting, even if Jeremy builds using aluminum and titanium as well. 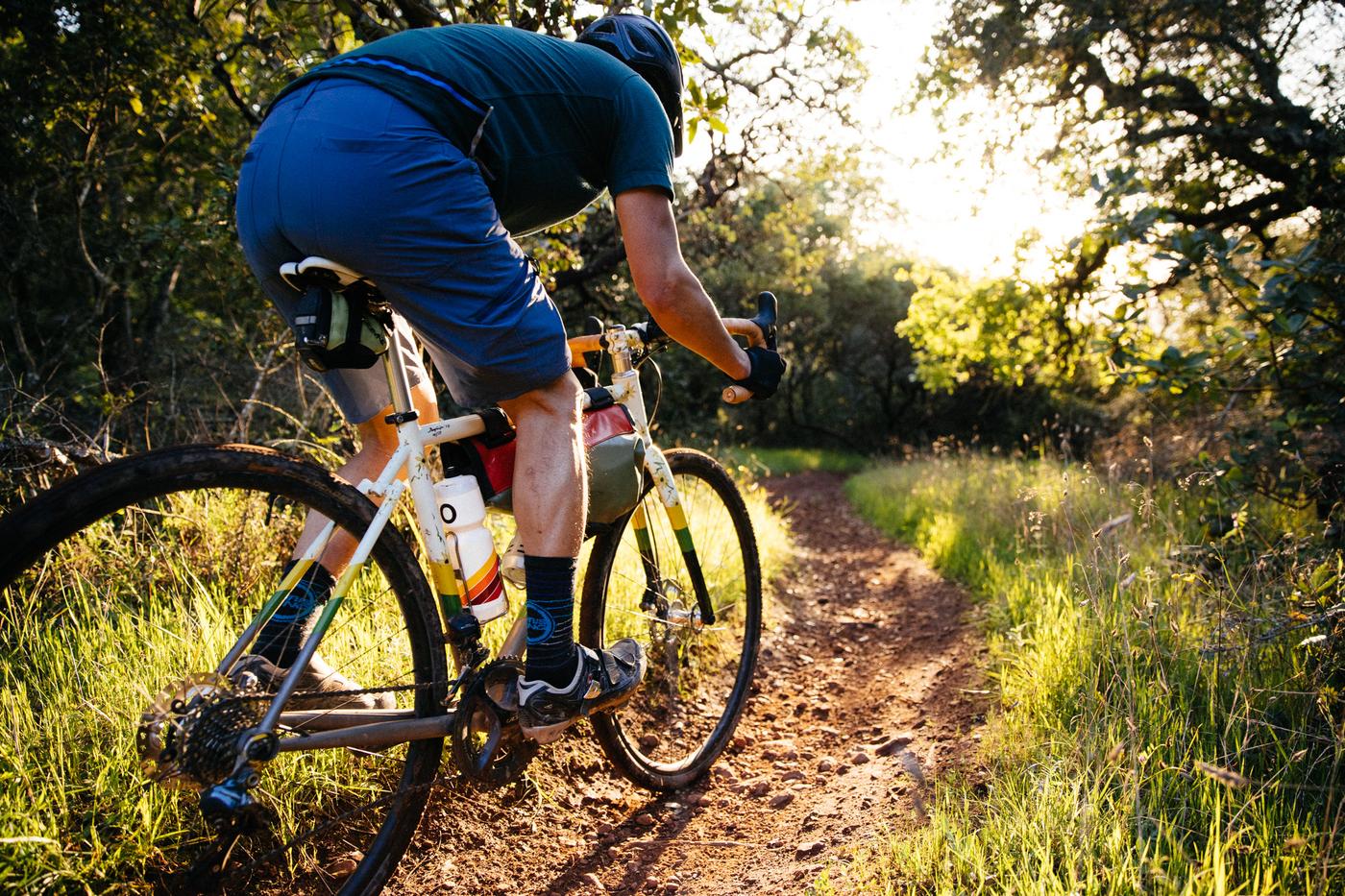 Last summer, when this trip of mine was originally scheduled, a horrible outbreak of fires engulfed this region of California. Many people lost their homes, their loved ones, and their livelihoods. Decades of hard work vanished in a wall of flames, perpetuated by uncharacteristically menacing winds and no matter how hard the firefighters battled the blaze, much of Santa Rosa, its surrounding hillsides, and neighboring towns burned to the ground. For the Sycips who live by Annadel State Park, a refuge for hikers, wildlife, and cyclists alike, the fires had completely surrounded their home, and Jeremy’s workshop. With no options left, they were forced to evacuate and wait. 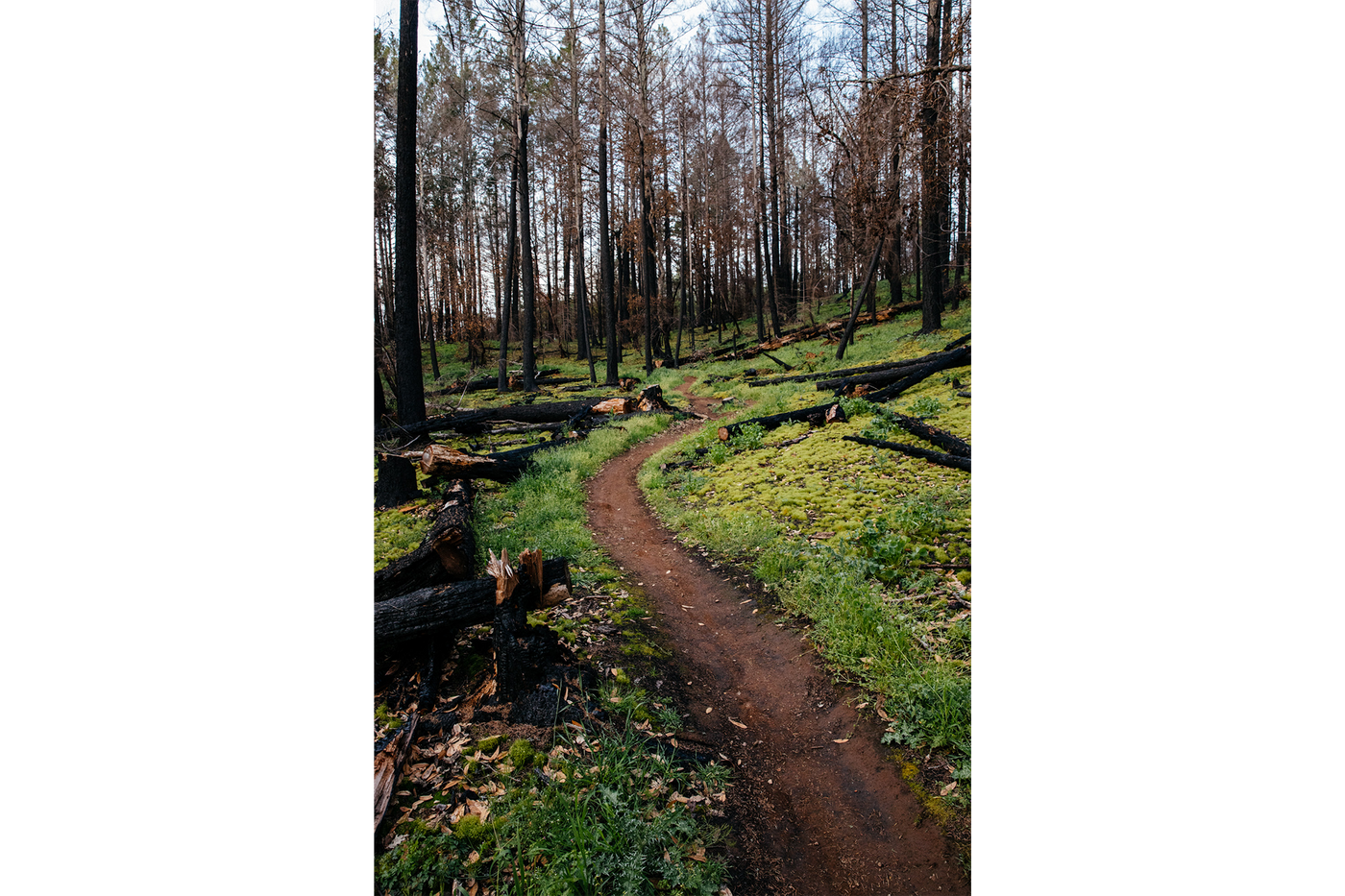 They were lucky; yet only a few miles away others were not. The scars still mar the landscape, and even after spring showers brought bright green undergrowth, much of the forest’s canopy remains charred, the trees dying or dead, and until recently, all of the trails were closed in Annadel. Literally the day I left, they parks department re-opened the last few sections. Life, it seems, like those new growth grasses, has returned to Santa Rosa. 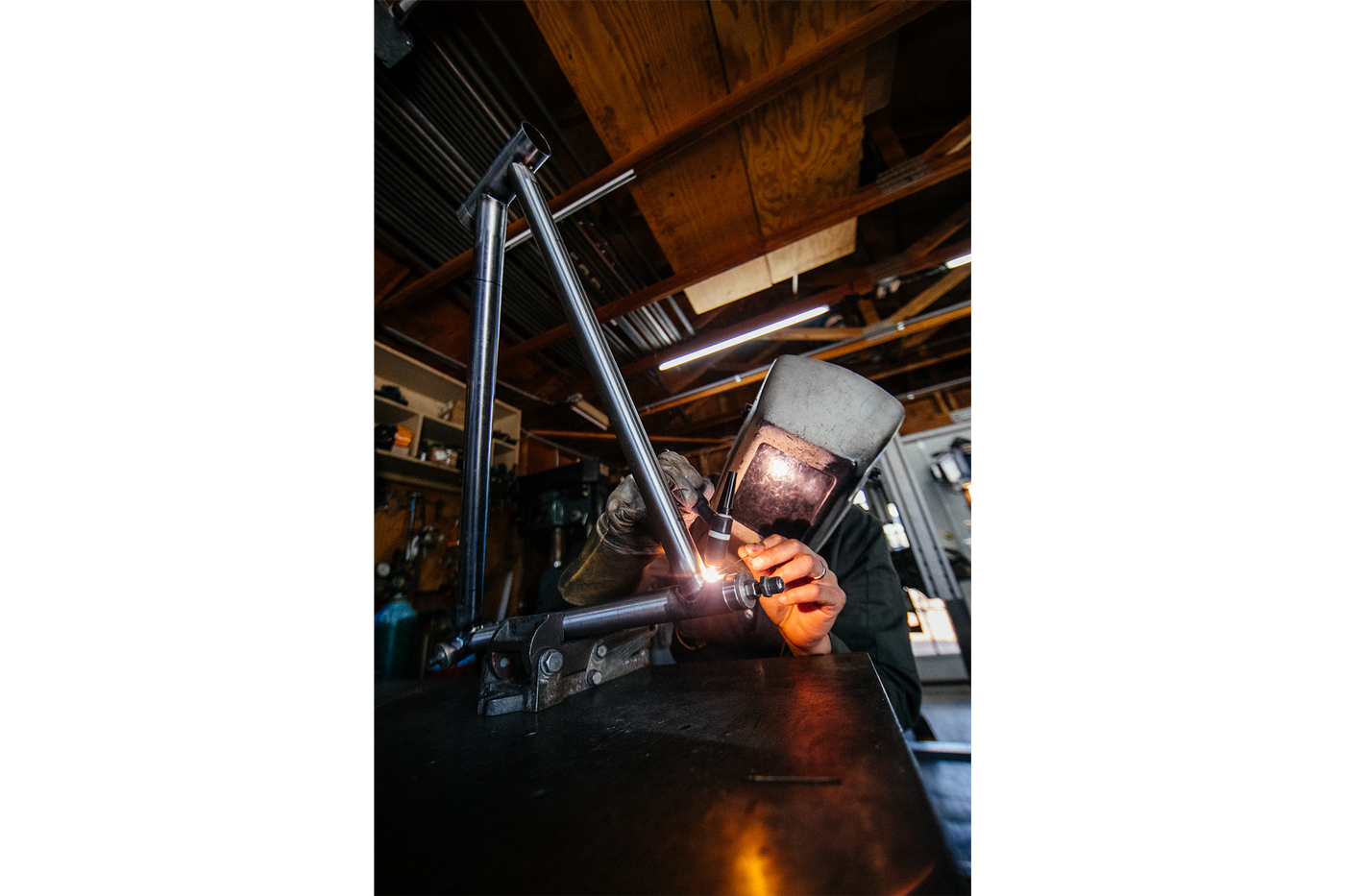 Jeremy likes projects, both cycling-related and non-endemic. In the time I stayed with him and his family, he completed a retrofit of a German fire truck into an espresso cart for Sea Otter, a batch of mufflers, and three e-bikes for the Trans Cascadia, all while helping a customer build up his bike at the last minute, and working on the frames in his queue. Being a well-rounded welder certainly helps in the constant pursuit of work. The projects Jeremy gets stoked about are the ones where he gets to problem solve, or think of refined production procedures. A drive for efficiency is always present with Jeremy. 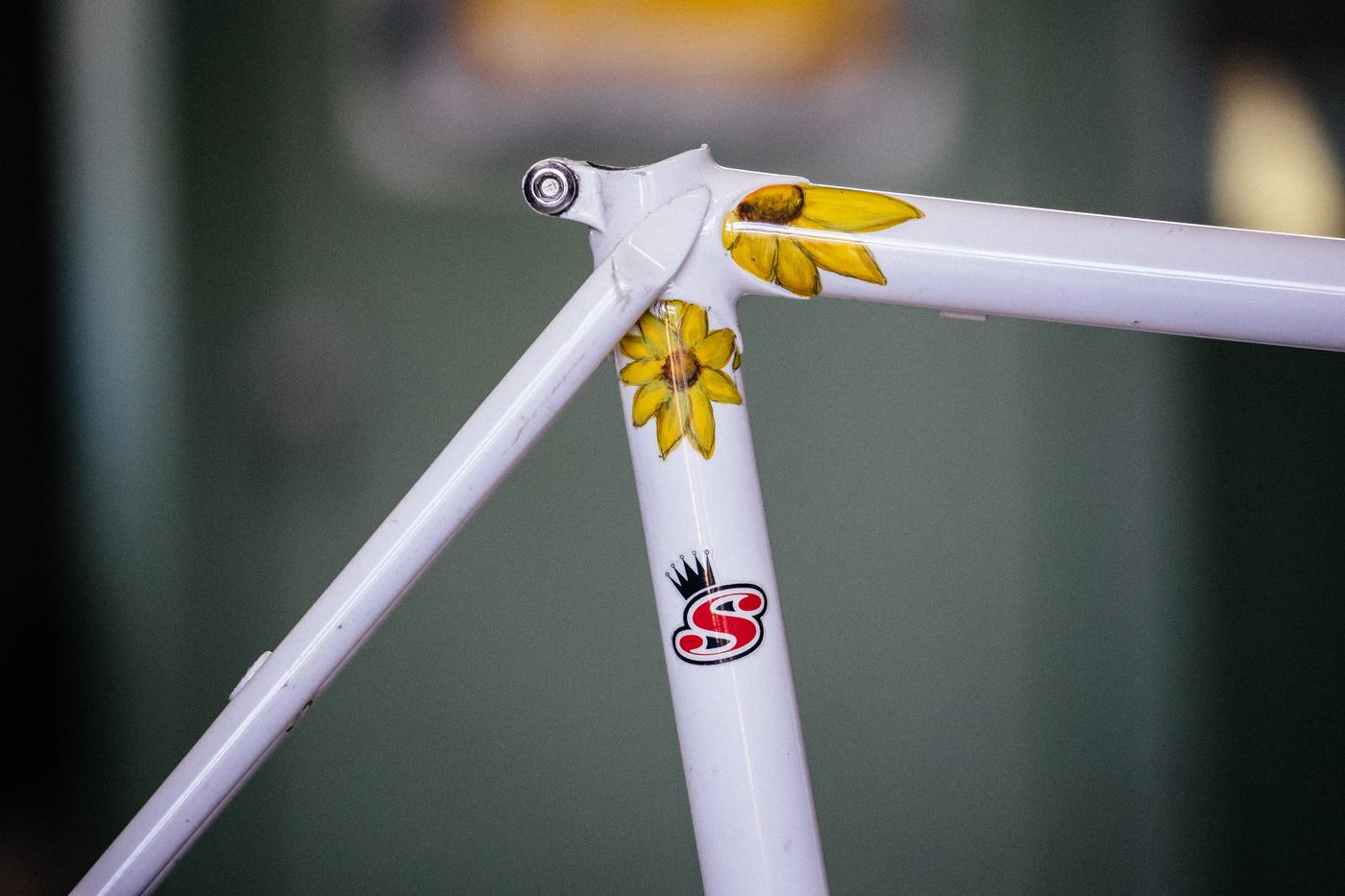 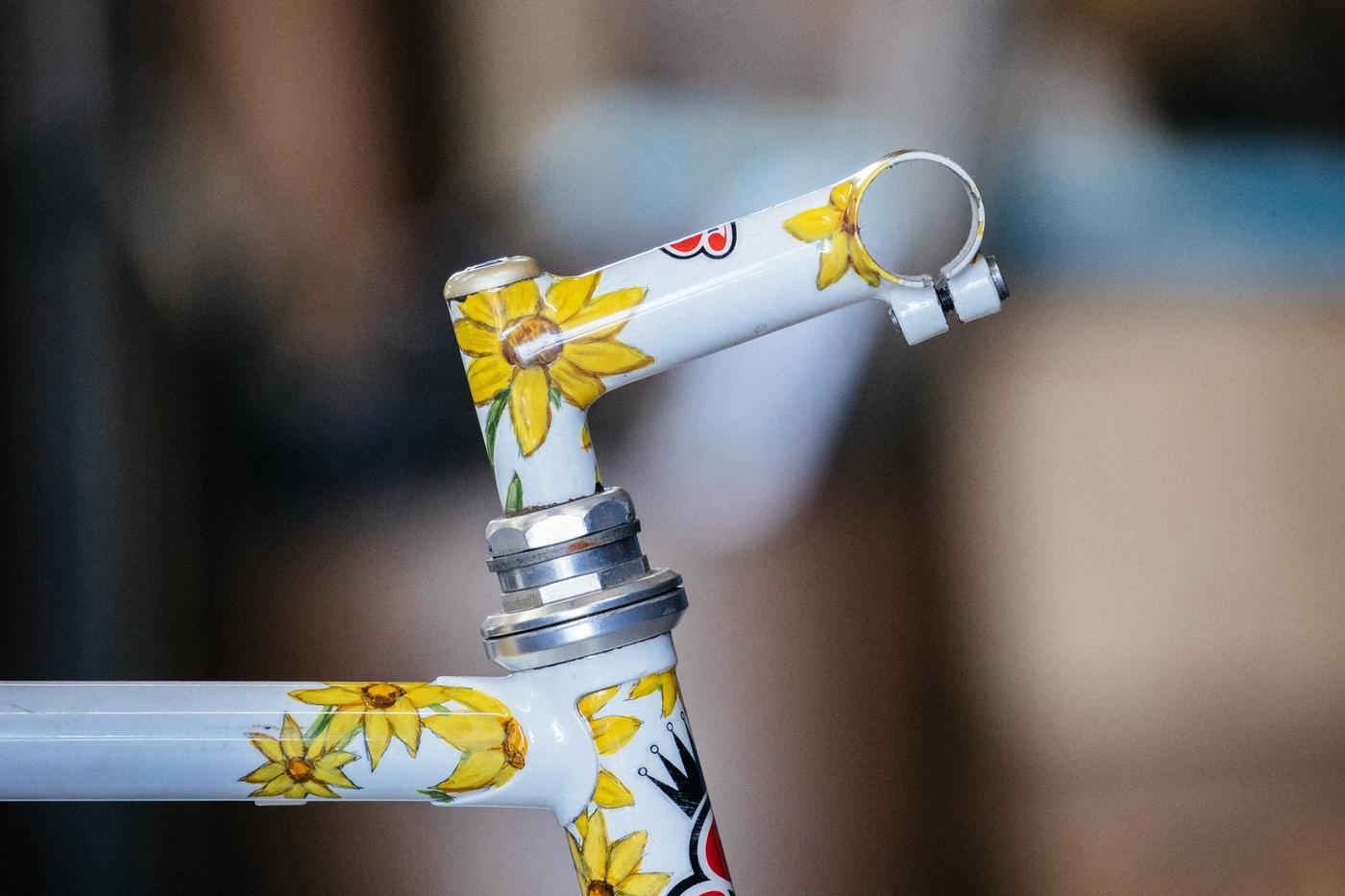 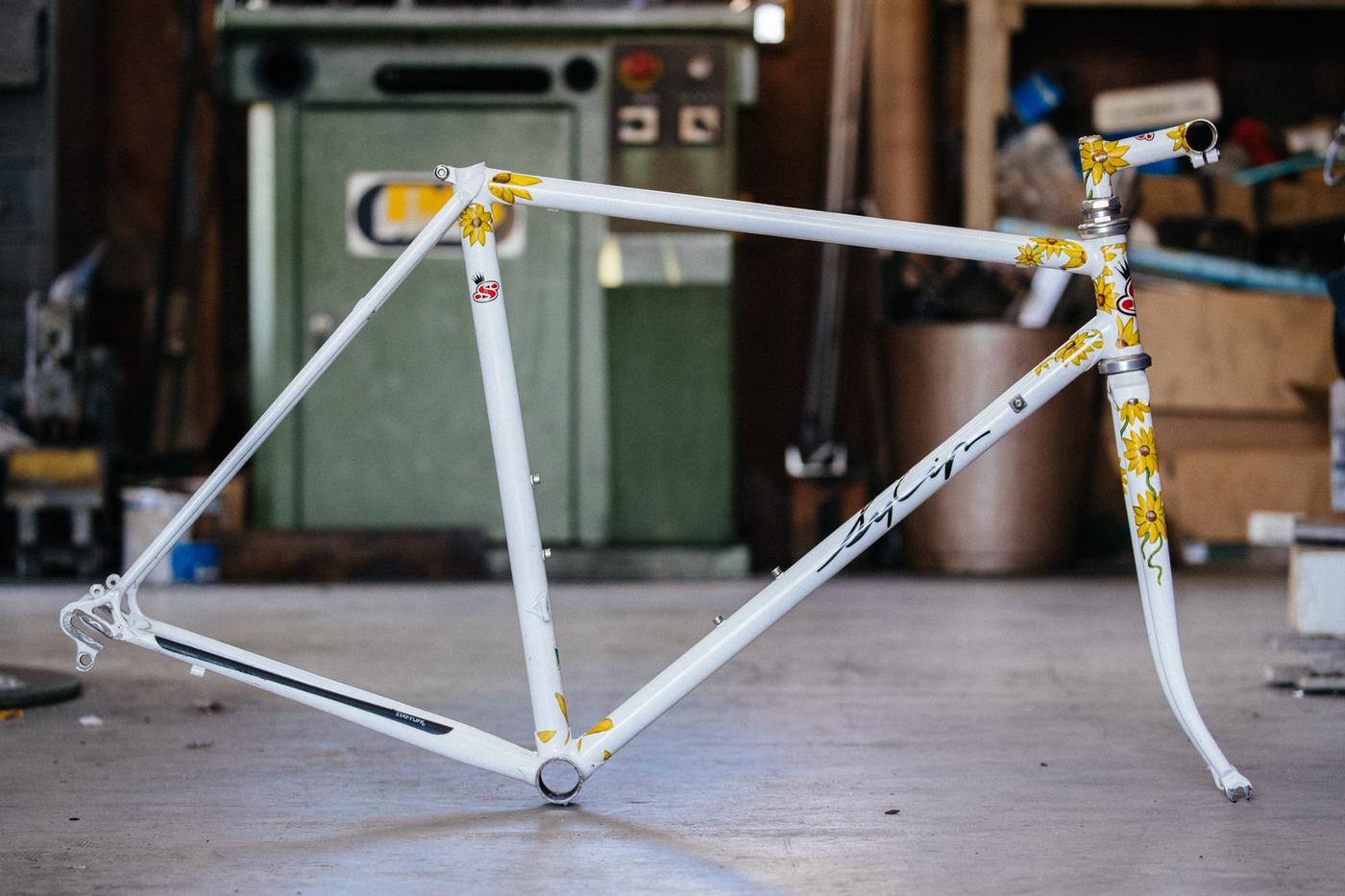 While he and Jay opened a storefront in Santa Rosa, since moving his operations to his home, Jeremy has felt the need to build out a larger fit studio, prompting him to initiate his design procedure and begin to plan for growth, something every company hopes for after such a long tenure in any field. It’s been a long road for Jeremy Sycip, but one filled with progression and evolution. Keeping up with an ever-changing and challenging industry hasn’t been easy, yet Jeremy and his work have risen to the top. 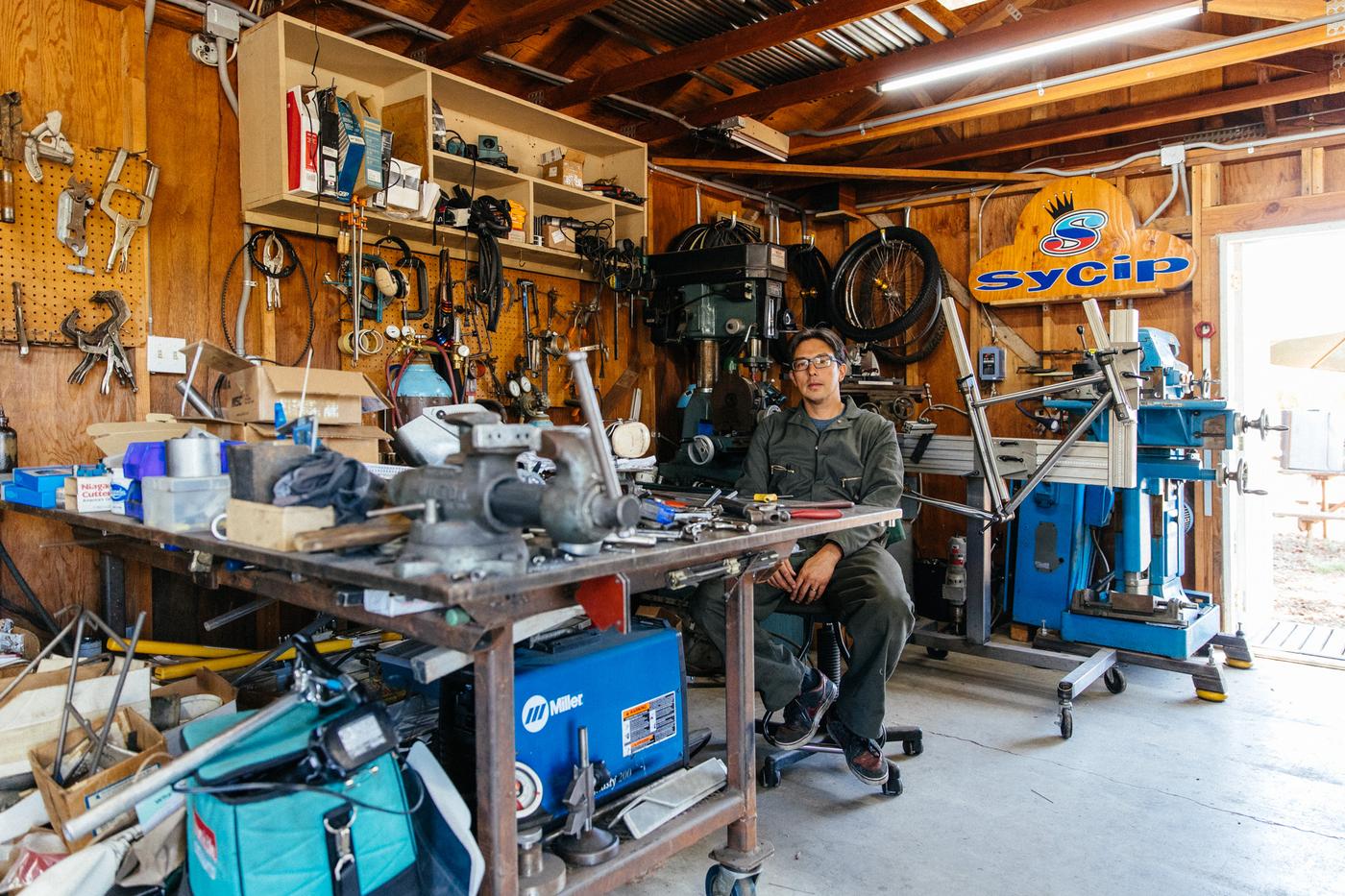 If you’re interested in a made-for-you Sycip, check out their bikes and place an order. Jeremy builds road, all-road, ‘cross, commuters, MTBs, tourers and everything in between, from steel, aluminum, or titanium, and yes, if you ask nicely, Jay will paint a frame for you.