Kit builds aren’t Rick Hunter’s thing. You won’t find derailleur hangers ordered from a catalog in drawers, or your every day, run of the mill 44mm head tube waiting en queue for assemblage. Not at Hunter Cycles.

Rick Hunter is one of those builders that makes what I like to call utilitarian art. Utilitarian because each of his bikes are made to tackle one or many jobs efficiently and with a dash of fun. Or the other way around. Art because each bike is unique. Or rather, each run of production frames are unique. Be it a WoodRat, a Cyclo-Cross disc bike or a road frame. Rick will design, fabricate and finish his own cable stops, derailleur hangers and head tubes. There are a lotta hours put into each bike. More recently he’s been working on some feats of engineering and reverse practicality however with his completely insane Bushmaster bikes… 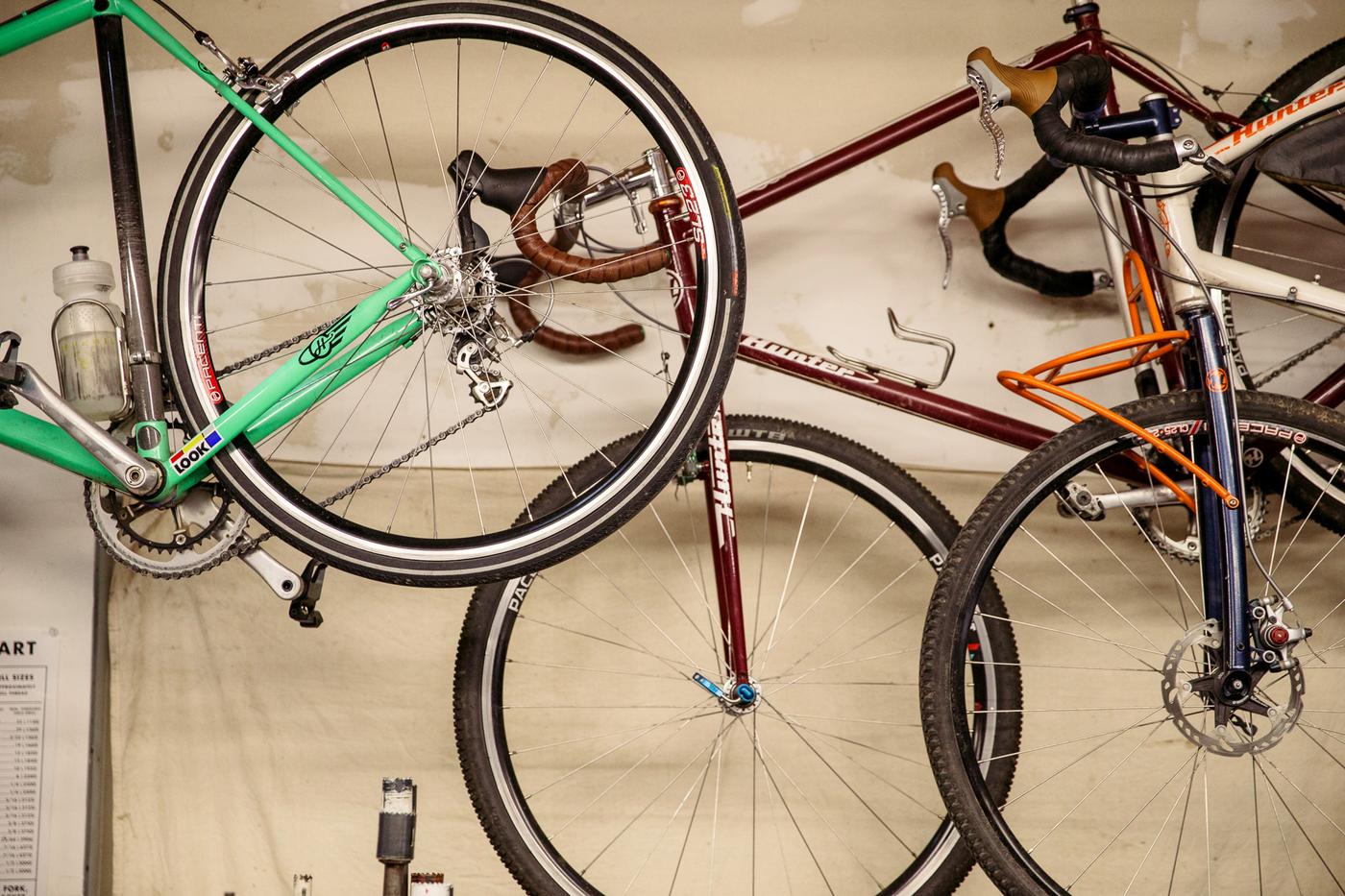 Let’s roll back on the track a bit. Rick Hunter began his love of cycling through racing. He raced and raced and raced. In that time, he developed a few opinions about how a bike should function and ultimately look. He began building in 1993 and his frame pedigree spread through NorCal like poison oak. Everyone got the Hunter itch. From the infamous DFL race team to bike messengers and XC MTB racers. 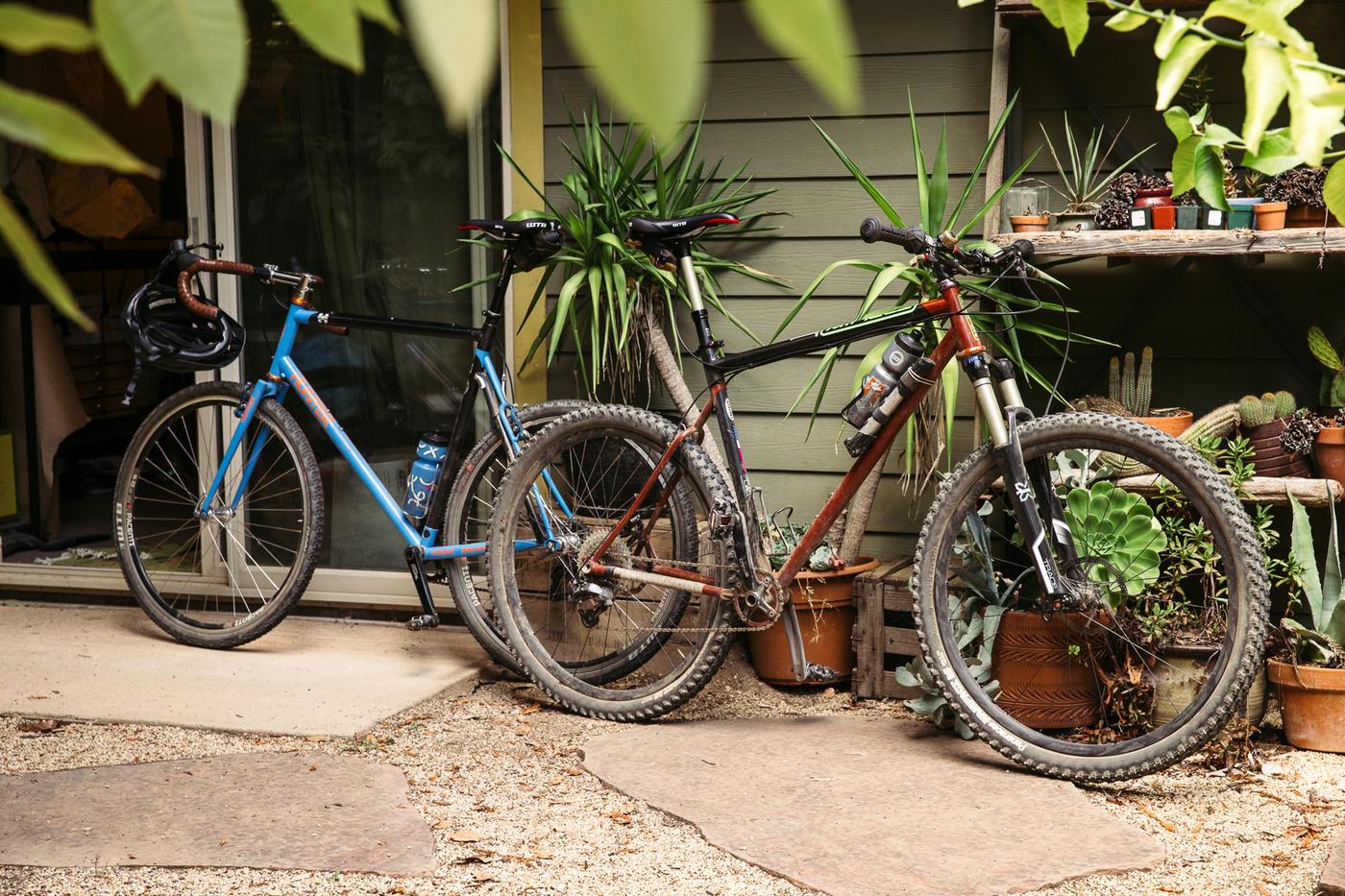 You can’t go for an afternoon spin in Santa Cruz without seeing a Hunter or meeting someone who has a Hunter with a unique story. Even our bartender at a local pizza shop, Bantam has “one of Rick’s first frames…” Next time I’ll have to track that down. 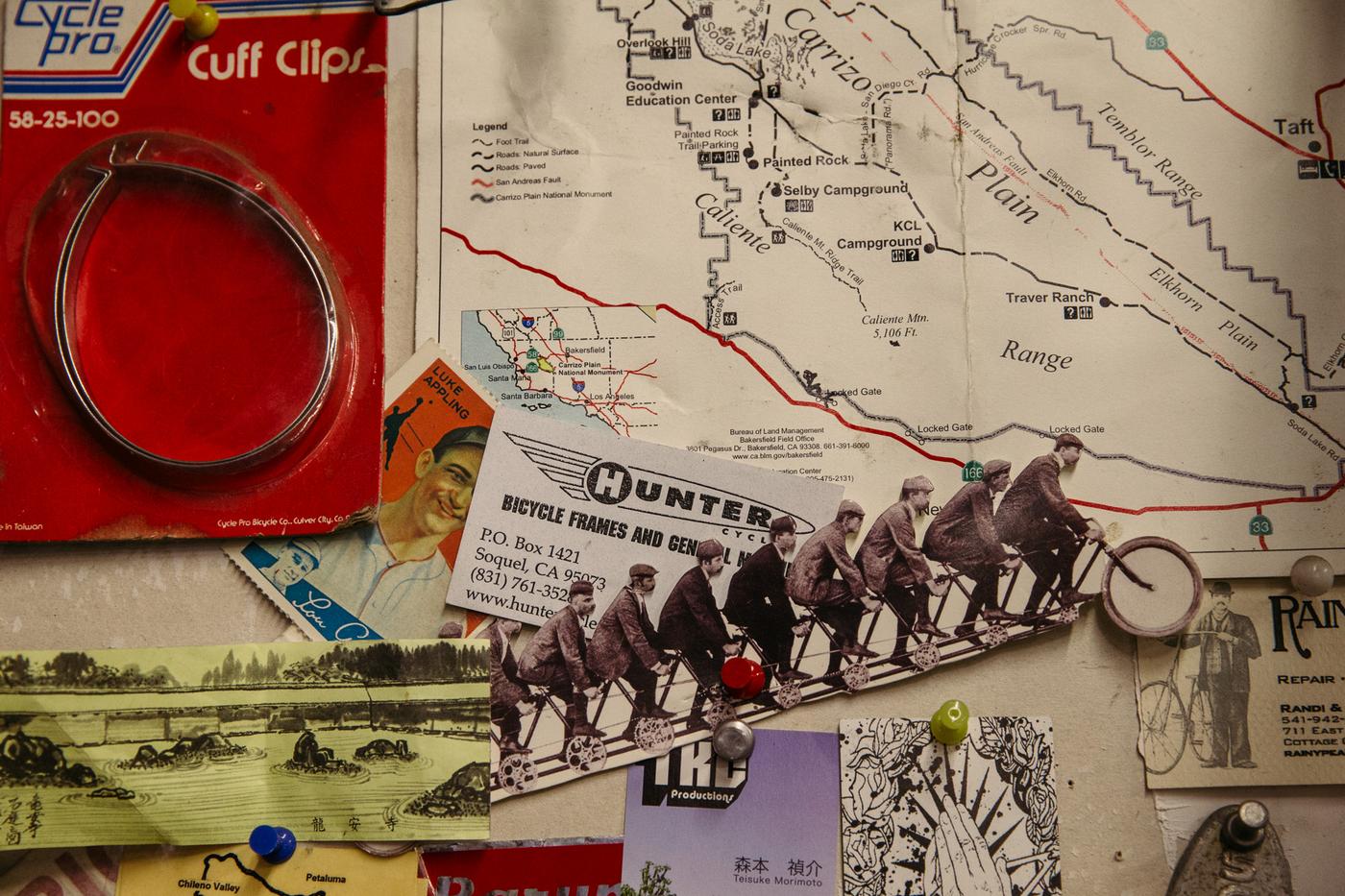 Over the years, Rick has occupied a number of spaces. From Santa Cruz to Watsonville and now, he’s escaped to the quiet, nestled community of Bonny Doon where his perimeter hedge-lines grow tall to offer him a bit of seclusion. That and privacy while he shreds (or gets shredded on) his pump track. While sanders, welders, mills and music blasts from his modest, yet wonderfully organized workshop. 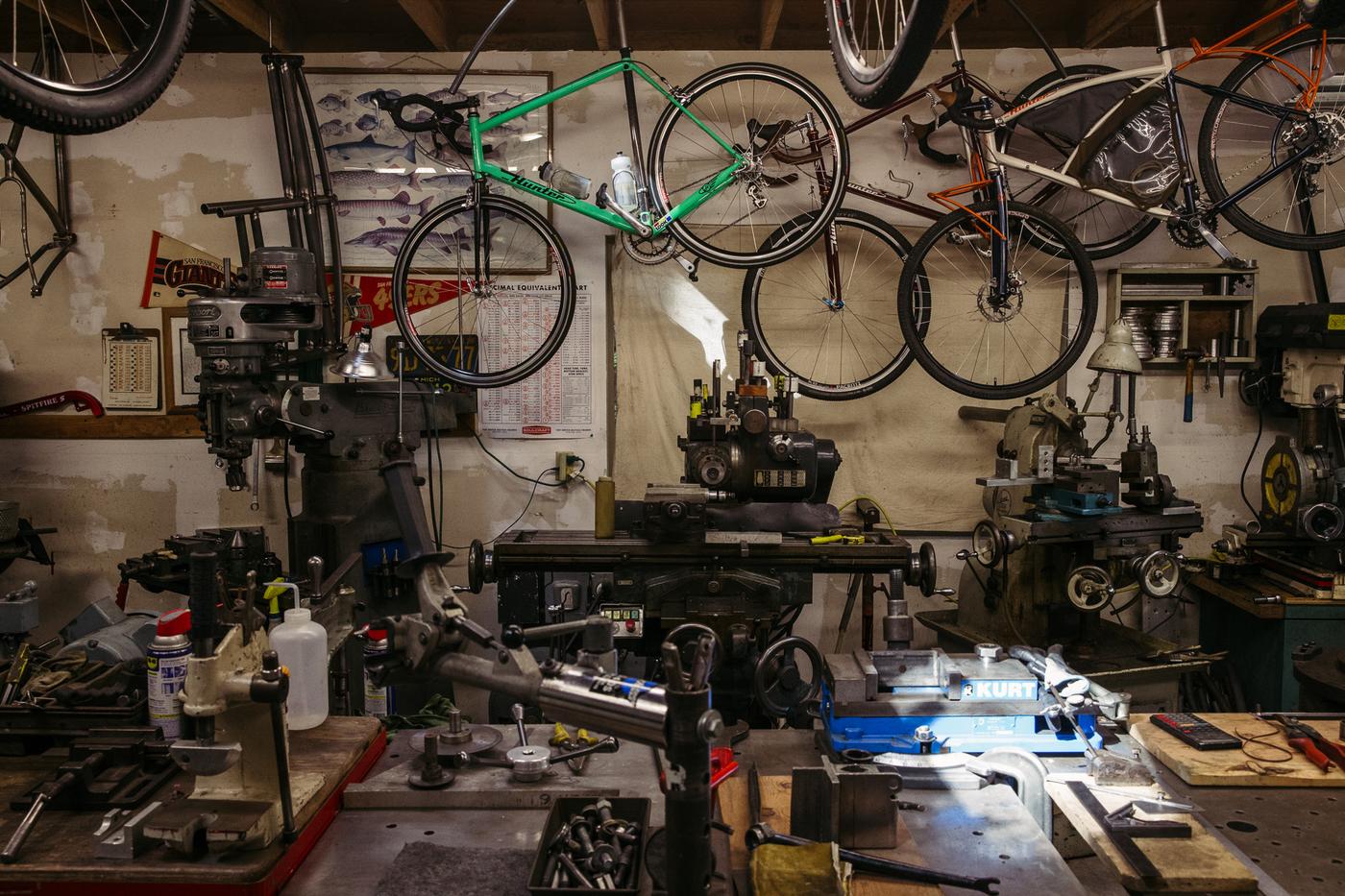