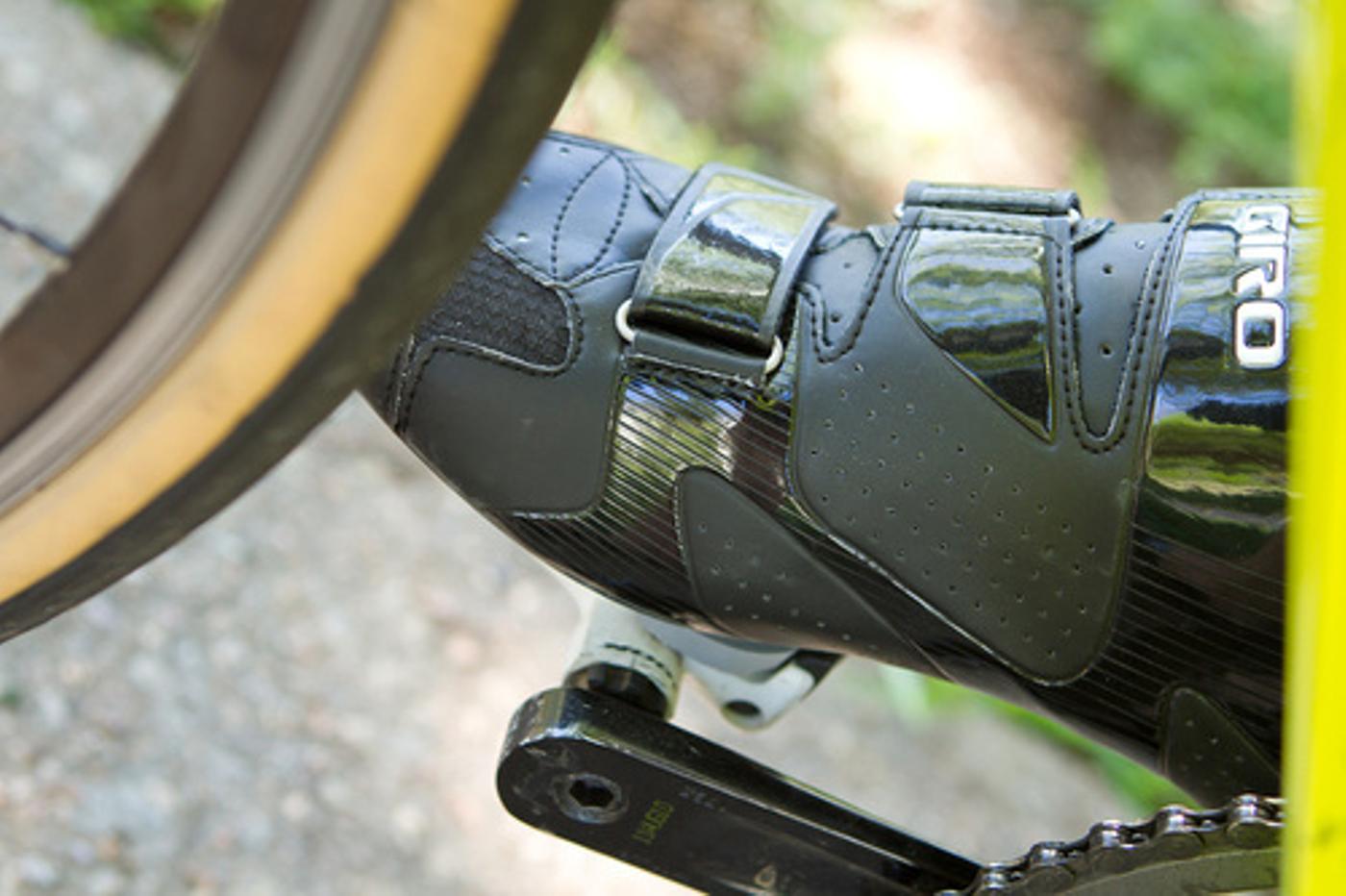 I am in no way a weight weenie, nor am I considered to be a “roadie” or a tech writer and yet, these shoes seem to mandate all the above. While the Giro Prolight SLX road shoes may carry a “pro” stigma with the high-end road cycling community, it’s easy to overlook all the fuss and technology behind them and admire them for what they are to me: road shoes that just disappear while you’re riding.

I’ve been putting in some miles on these babies since Giro sent them to me a few weeks ago. As someone who swore by his Sidi Genius for years, the Giro Prolight SLX shoes have sold me on their technology, fit and style.

Check out more photos and a continued Initial Reaction to my Giro Prolight SLX road shoes below! 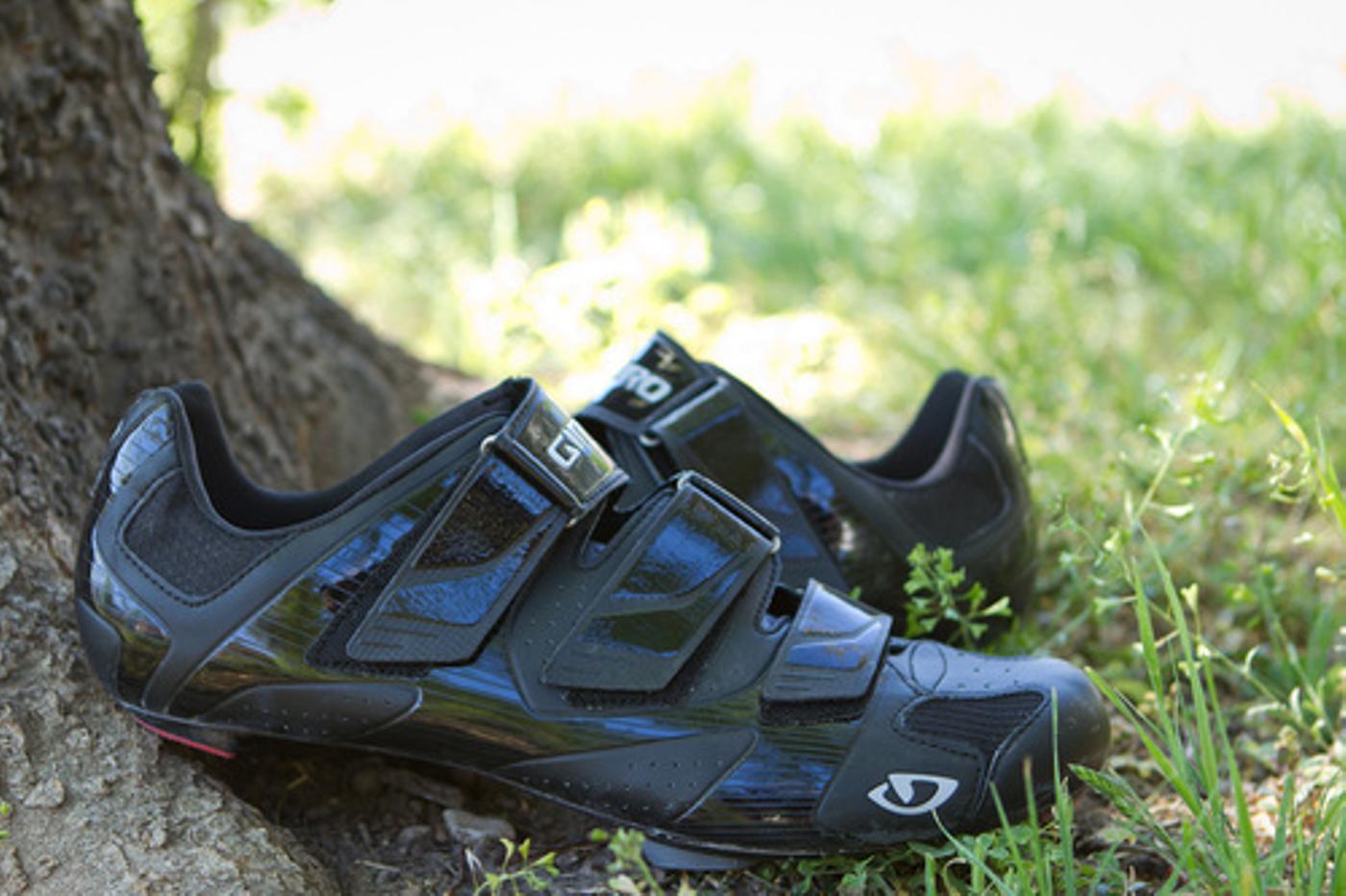 At first glance, the main difference between these and my Genius shoes is the lack of a ratcheting strap. But after holding them in your hand, you realize the reasoning for this: the drastic weight savings. 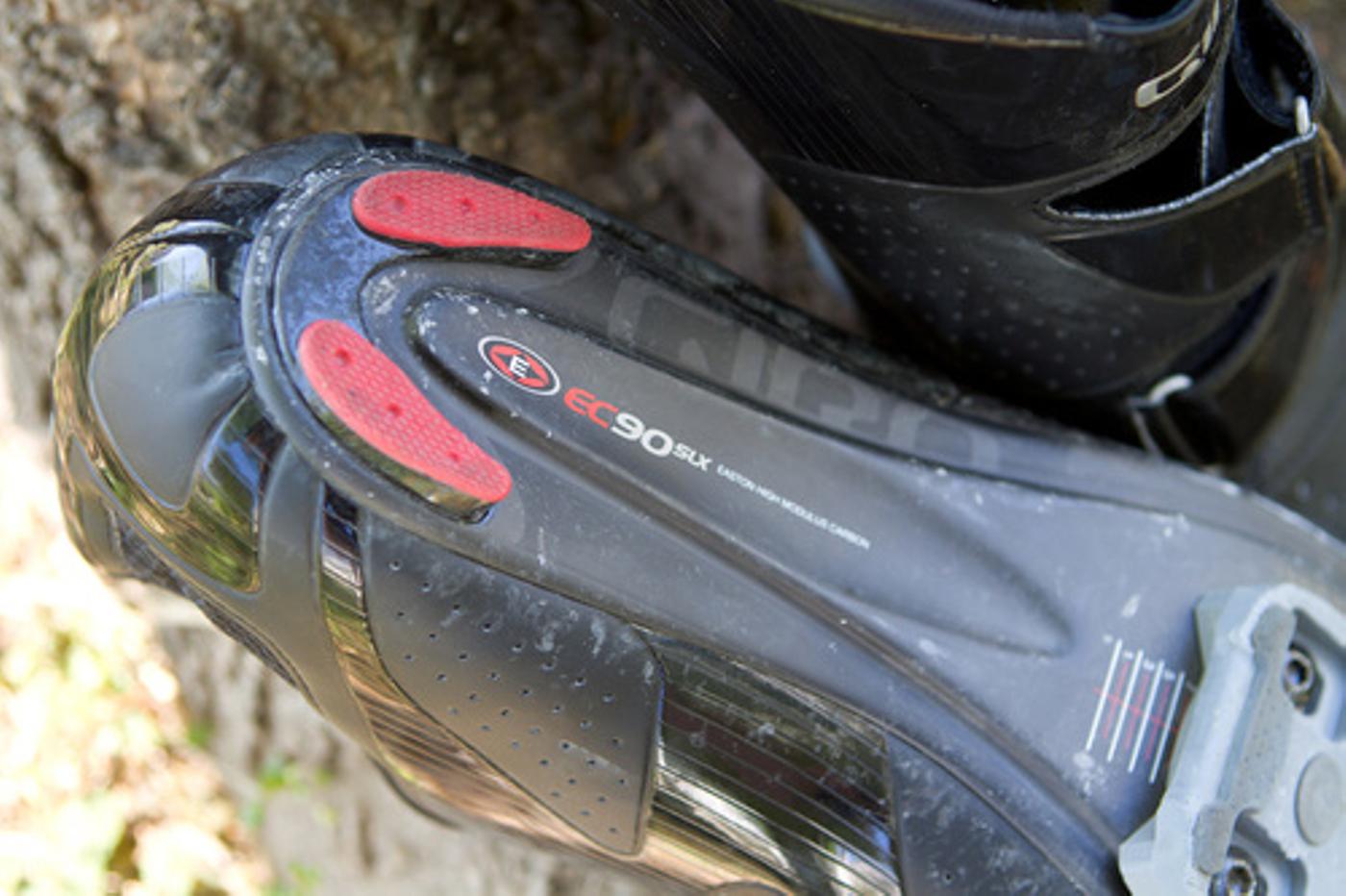 At a mere 205 grams, you can’t really argue with that. Don’t get me wrong, the lack of a ratchet isn’t what makes them so light. The Easton EC90 SLX high-modulus carbon outsole is so incredibly stiff and light that the shoes feel like nothing else I’ve used before. 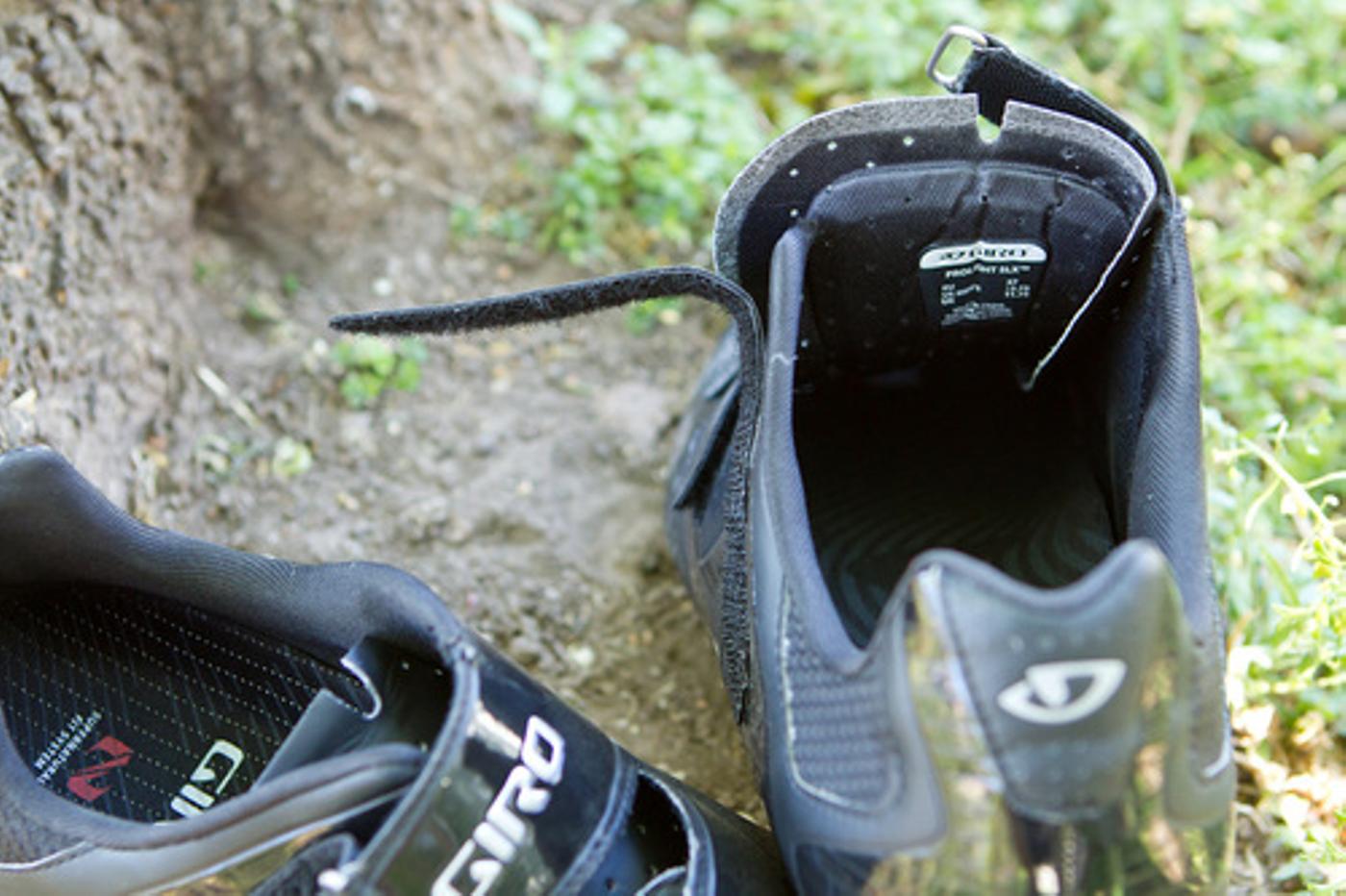 Combined with a Teijin AG100 (you’re guess is as good as mine!) ultra-light microfiber upper, the shoes form to your feet even on the first ride. That’s the best thing about them, there’s no painful break-in period. Included with each pair of Prolight SLX road shoes are two insoles and three arch-supports, all in varying thickness. This is called their SuperNatural Fit Kit. I didn’t realize that I so much arch until trying out all three to find the perfect fit.

There’s a whole science into the pedal stroke and how your foot doesn’t necessarily flatten out while riding (hence the arch support being one of the most important aspects of fit for a shoe) – which I won’t go into too much here. 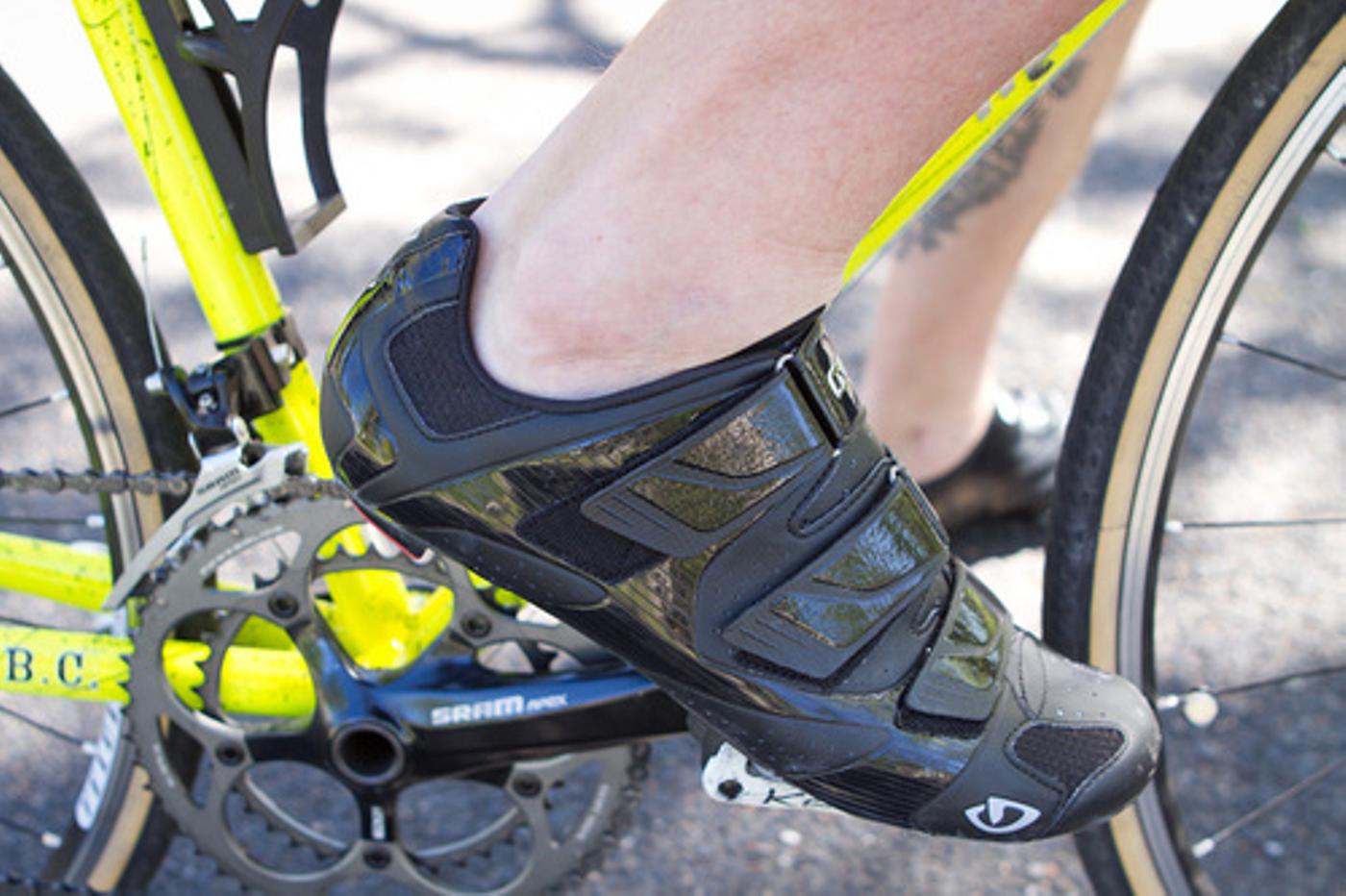 I have never, ever in my life owned such a nice pair of shoes. They’re light, they’re vented, reflective accents and effortlessly mold to your feet without any pain. I even wear them when I’m not riding (like now). 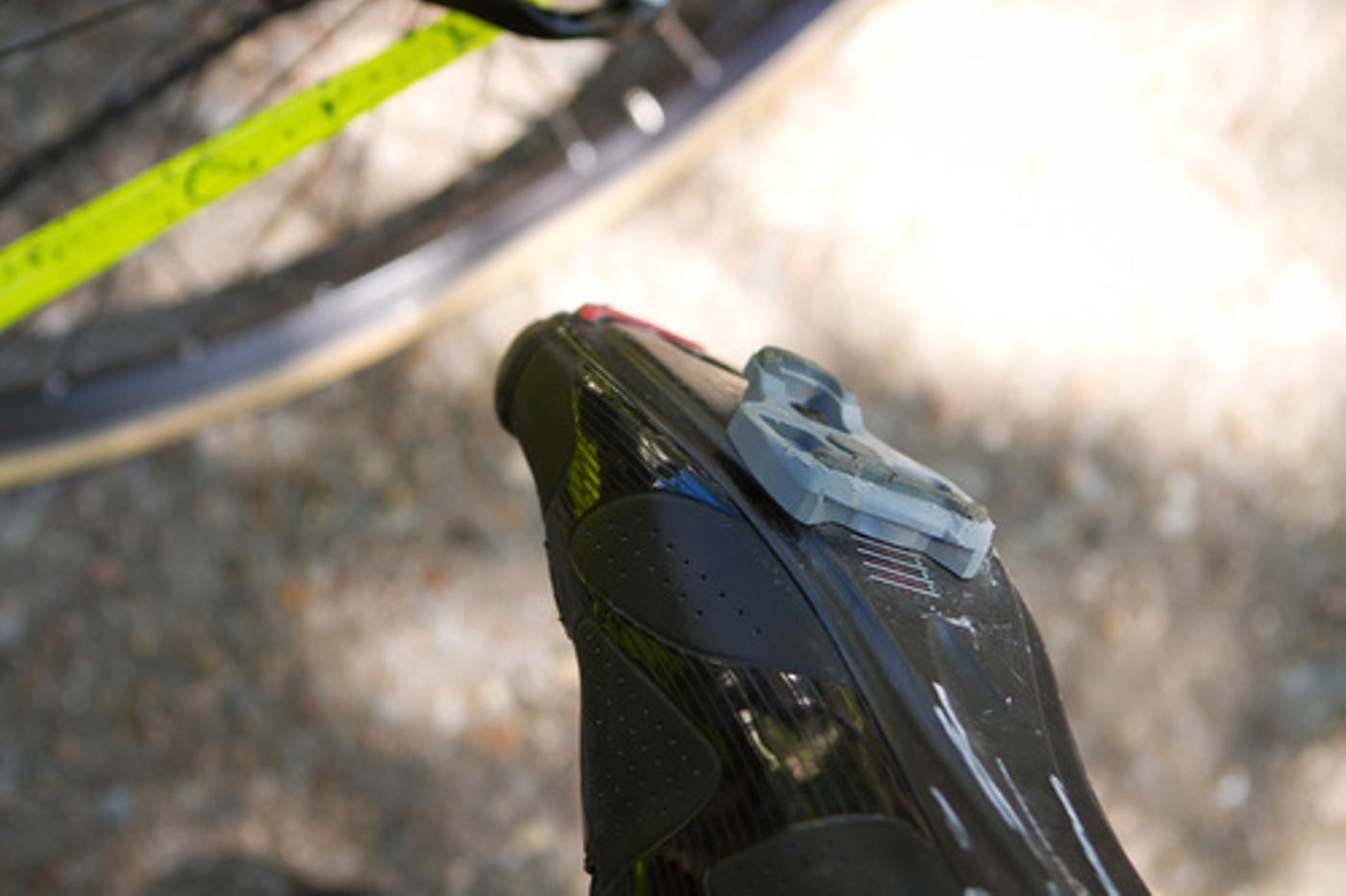 Durability is one thing to consider. These are weight-saving road shoes for climbers and they were designed around such a demand. I’ve ridden in them for a few weeks now and they seem to be holding up just fine. But there are two other models in Giro’s road line that might be more fitting for people who are on and off the bike a lot (like me). 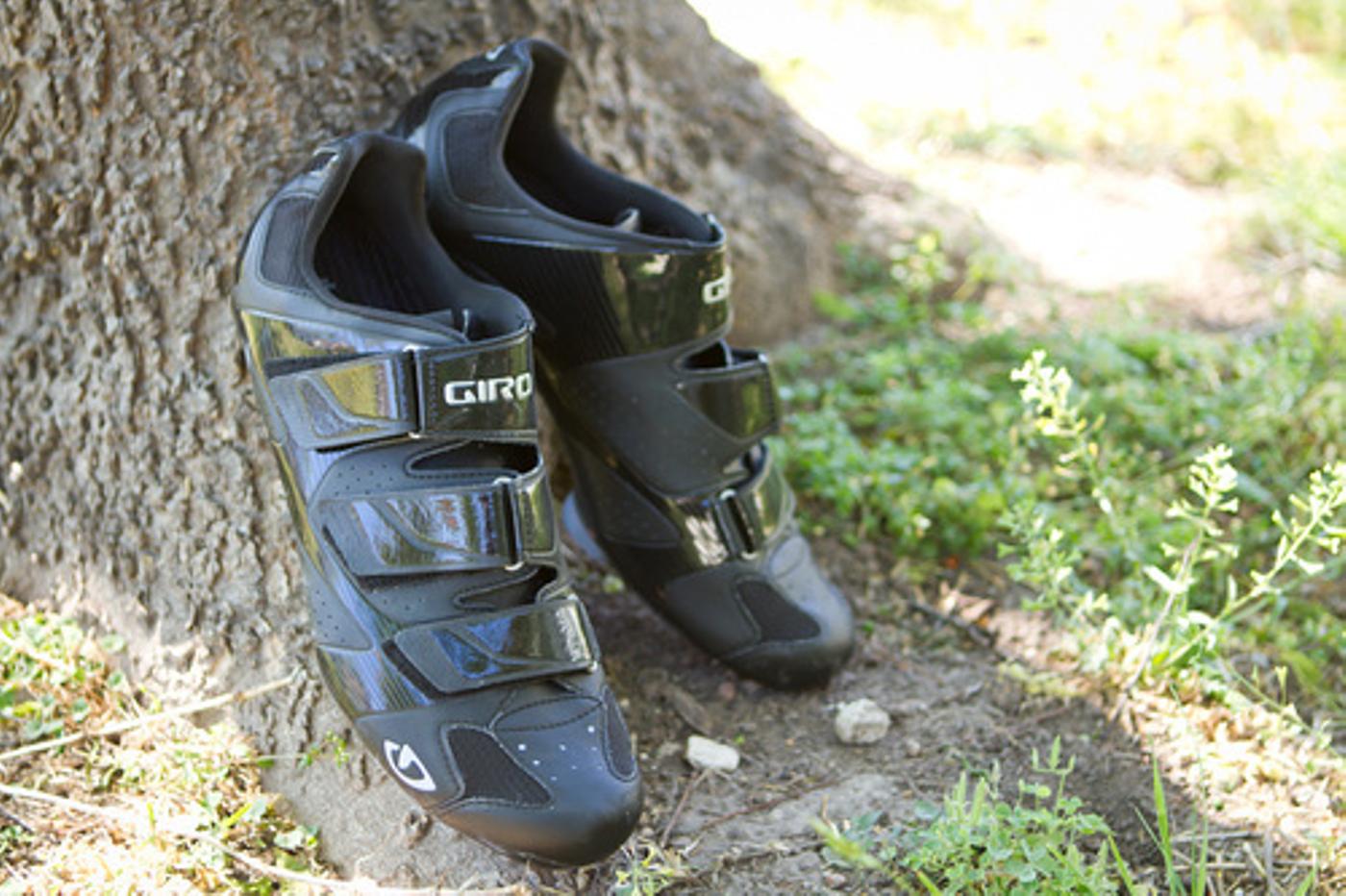 At $349.99, the Prolight SLX is the highest-end model Giro makes. They weigh 205 grams *(size 42 with ultra-light footbed) and have all the pro detailing you’d expect at this pricepoint.

For $279.99, you have the Factor. It’s the highest-end model with the ratchet. These weigh 255 grams (size 42) and use many of the same materials but substitute a racket for the velcro.

And at $199.00, you’ve got the Trans, which I think is a comparable deal to many other road shoes.

That’s three options for three different uses and price-points. I had no idea Giro was sending me the Prolight SLX so I was a bit surprised when I opened up the box. We’ll see how they hold up in my tour in June! Many thanks to Giro for the shoes and for also making the nicest helmets out there. I love my Ion0s and Atmos.

Check out a few more photos below in a slide show (not viewable in RSS so click here).