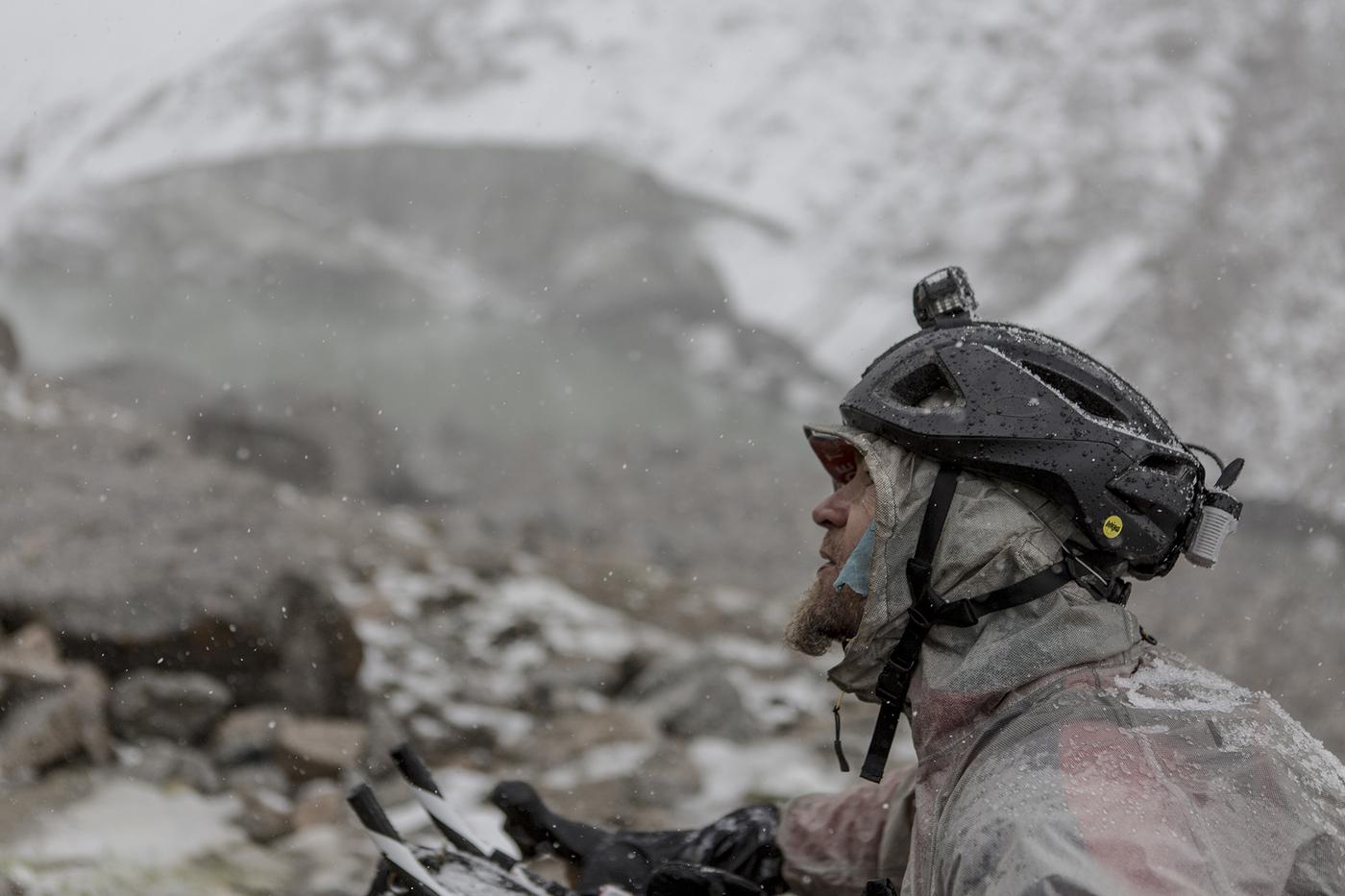 After 8 days, 8 hours and 15 minutes, the first act of the PEdALED Silk Road Mountain Race came to a close yesterday. Jay Petervary was the first to arrive at the finish line in Chong Kemin, 1721km done and dusted.

But as experienced as he is, it was in no way a walk in the park for one of the biggest names in ultra-endurance cycling: ‘This was one of the hardest races I have done. But that is not why I took part. It’s about pioneering and racing bikes where no one did before. That is the real beauty of this race for me.’ Runner up Levente Bagoly arrived this morning after 9 days/3 hours and 30 minutes. Although Jay had been leading the race since the start it wasn’t a fait accompli until the last 12 hours. Since both riders – first unknowingly – rode in close proximity of each other after leaving CP3. When they found out, both decided to ride through the night to not lose any time on the final stretch. It became an agonizing but adrenaline filled night for front man Jay Petervary. Frozen cold, with several waist-deep river crossings and – yet again – a hike-a-bike section that took him over 10 hours. As he was worried his already ruined shoes wouldn’t hold out till the end, he bought a pair of white crocs at the last town but thankfully made the finish line without having to use them. It might be the end of act one, but this race still has a long way to go: five days until the official time-cut to be exact. While the Top 10 is trickling in, the number of active riders in the event is now decimated to fifty: half of the original field. Common issues have been altitude sickness and food poisoning, cracking morale and eventually forcing riders to pull out of the competition. Others seem determined to push through even the toughest circumstances: one competitor is continuing with Shermer’s neck by supporting his chin with a toilet roll. But the impact of the vast Kyrgyzstan landscape on this race cannot be overlooked. In a way the Silk Road Mountain Race is a contemporary version of the classic Sergio Leone westerns in which the story is almost secondary to the breathtaking scenery. Or better maybe: it makes the story. As film director Ridley Scott once said: ‘Your landscape in a western is one of the most important characters the film has. The best westerns are about man against his own landscape.’ The landscape these riders are passing through is both the villain and the good guy in this competition. Their fiercest opponent and their best friend. The endless stretches of gravel, washboard single tracks, infinite vistas, rocky descents: they can either push you over the edge on a bad day or lift you as high as you’ve ever been. I think it’s fair to say endurance cyclists all have a bit of a wandering soul. Coming to a place like this, feeding that soul with wide-open spaces and new frontiers to be taken on embodies the free-spiritedness that is so irrevocably connected with this race. That’s what race director Nelson Trees has managed to create: a modern-day western. With all the good, the bad and the ugly that comes with it. 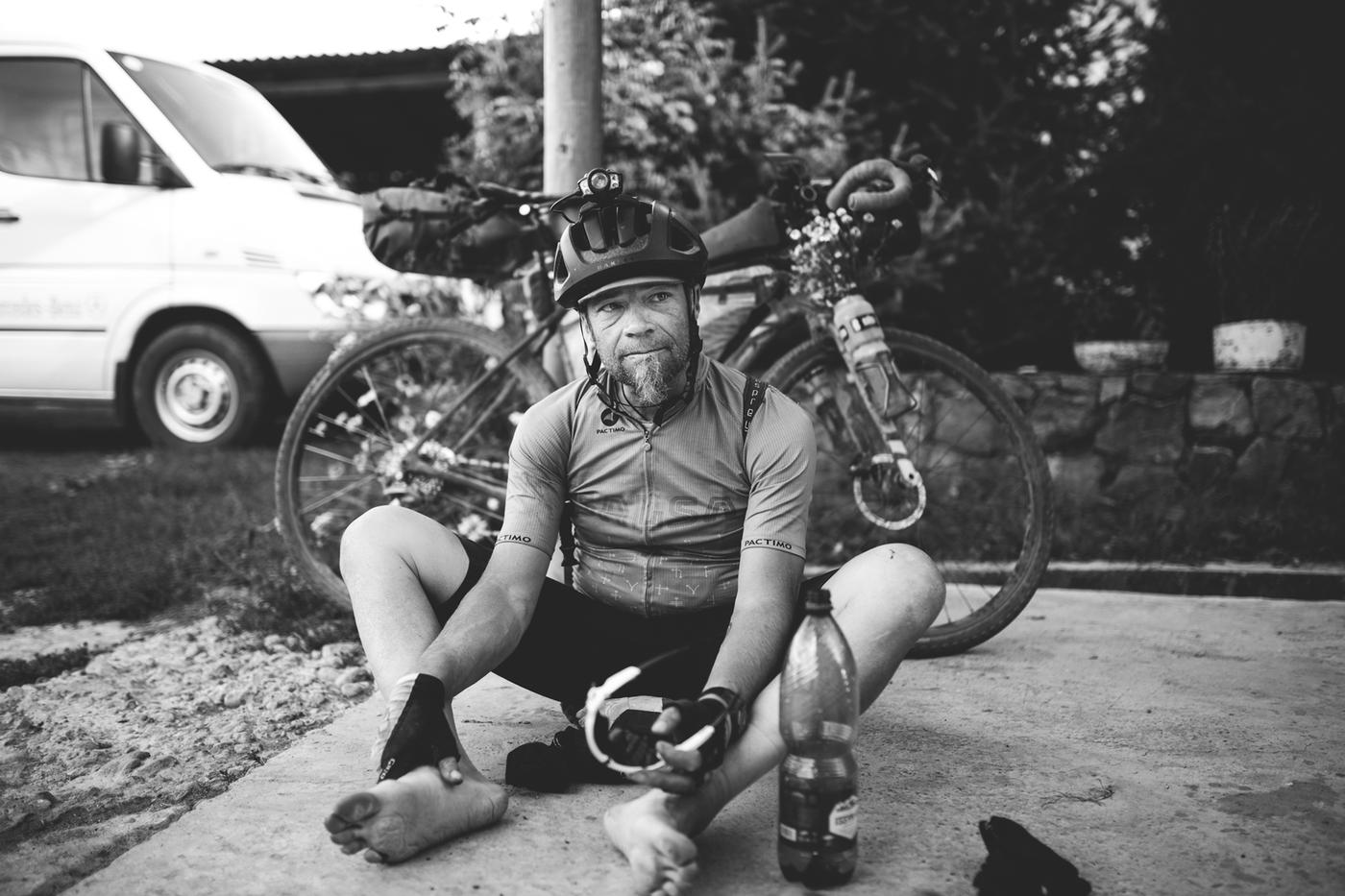