Los Angeles’ riding needs no introduction to the readers of this website. In fact, active readers and followers on our Instagram will recognize some of these spots. When people express an interest in coming to LA to escape the brütal winter months, I kindly oblige, especially when it’s people like Jeff Kendall-Weed. We’ve all seen him riding in videos, but I was curious to witness it in-person. His trip fell in-between a few other photo shoots, so it was going to be tricky, but I made sure to clear a few days of my schedule to take him out and show him some of my favorite trails in Los Angeles. Oh, and he was bringing down a brand new Ibis Cycles Ripmo, a long travel 29’r, which was just icing on the shred cake! Maybe it was a Monday, or a Tuesday, but I remember it being fairly early. Jeff and his videographer Logan were staying in Altadena, at the base of the Angeles National Forest. I swooped by to pick them up in the ‘Cruiser and we drove out to Mount Lukens’ West Face, to climb up the Lukens Truck Trail, all the way to the top – coincidentally, the highest point in the City of Los Angeles at 5,066′.

This is one of my favorite rides and is one of the hardest mountain bike climbs in the area. I loaded up my camera pack and lifted it, realizing it’d been a while since I’ve packed in three lenses and two bodies. Then, I went over to Logan’s pack and picked his up and immediately regretted any complaints circulating in my mind. Videographer’s packs are insanely heavy and Logan hoisted it up a 5,000′ mountain with no complaints. Ok, maybe we all complained a little bit. At the top, Jeff saw a line I was hoping he’d see, a jettison off a large concrete cistern. It’s practically a huck to flat, with a rather large drop, so none of my friends were ever too keen on “sending it.” One sketchy ramp later and Jeff was airborn. Full. Send. Going down Lukens Truck Trail is Blue Bug, named for the blue VW bug near the entrance of the trail. It’s one of my favorite trails, with lots of jumps and exposure. At the end of the day, you descend into the setting sun. It’s really something else… My friends are shredders, but Jeff is a different kind of talent. When my friends first took me up to the Chilao Region, my mind was blown. It seemed like there were lines everywhere. Over the years, a bunch of people have found their own lines, and many people find these lines on their own, so as a rule, I never point out other people’s lines, hoping to avoid any hurt feelings. With Jeff, however, all I had to do was show him the trail and he made his trail wizardry work. Some of these spots will look familiar, others will not. I was amazed at how Jeff picked out jibs, jumps and all while jammin’ full speed ahead down the sandy trail.

We planned on camping there for a night and riding the trail for two days. At the end of the first night, I realized I left my truck’s lights and fog lights on. Upon returning to camp, my batteries were dead. With a Toyota turbo diesel, most require a 24v starter, so that’s bad news for two dead Optima Red Tops, which have very little deep cycle abilities. Plus, my truck was parked down deep into the site, so we had to push it up the hill in order to jump it. After a full night of uneasiness, I was relieved to find it crank up immediately… It was the perfect way to end an amazing three days on the trail; not having to deal with that headache! We loaded up and rolled back down Highway 2, to the City of Angels. 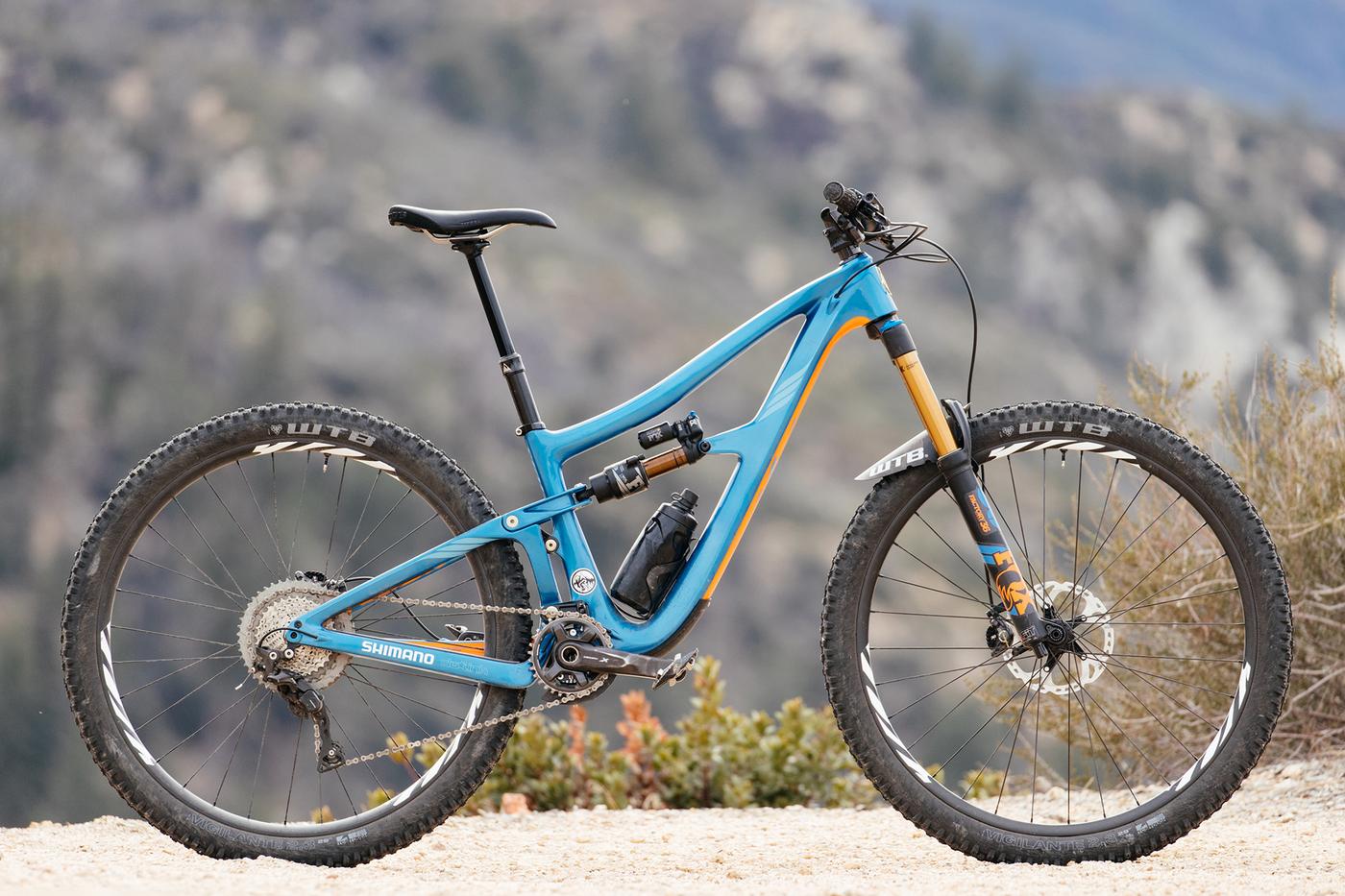 “The love child of a Ripley and the Mojo HD4, the all-new Ripmo is a big wheeled slasher that’s always down for another lap, whether that means a big climb or a tailgate pad. With a sub six pound frame and 145mm of ef cient dw-link rear wheel travel (160mm front), this is the most versatile bike we’ve ever built.”

With 29″ wheels, 145mm rear travel, 2.6” tire clearance, and 160mm front travel, Ibis’ latest bike presented something new for Jeff, who usually rides 27.5″ wheels. The 29’r provided stability in some instances, yet technical difficulties in other. Overall, at the end of the trip, Jeff got more and more used to the bike and began pushing its limits. Unfortunately, by that point, his body had reached its limit. This is not a review of the Ripmo, so for more technical info, head to Ibis.

Next time, we’ll bite off a bigger piece of the pie that is Los Angeles’ trail networks. Check out some videos of Jeff’s latest exploits at his Youtube. Check back on Wednesday for the full experience, in video, to launch.