By confronting international talents to come and race with them, but also sending those African riders to races in America and Europe. Thanks to projects like the Amani Team and the Masaka Cycling club, they have already managed to make an impact.

More on that later with an in-depth article by Ryan.

But here is a teaser of what’s to come:

Ryan also started a new series project called “Fail, fail again, fail better.”
In which he sets himself for a challenge every month and documents his failing attempt.
This was to be episode 4 already and we will have more of the previous episodes in the coming weeks. 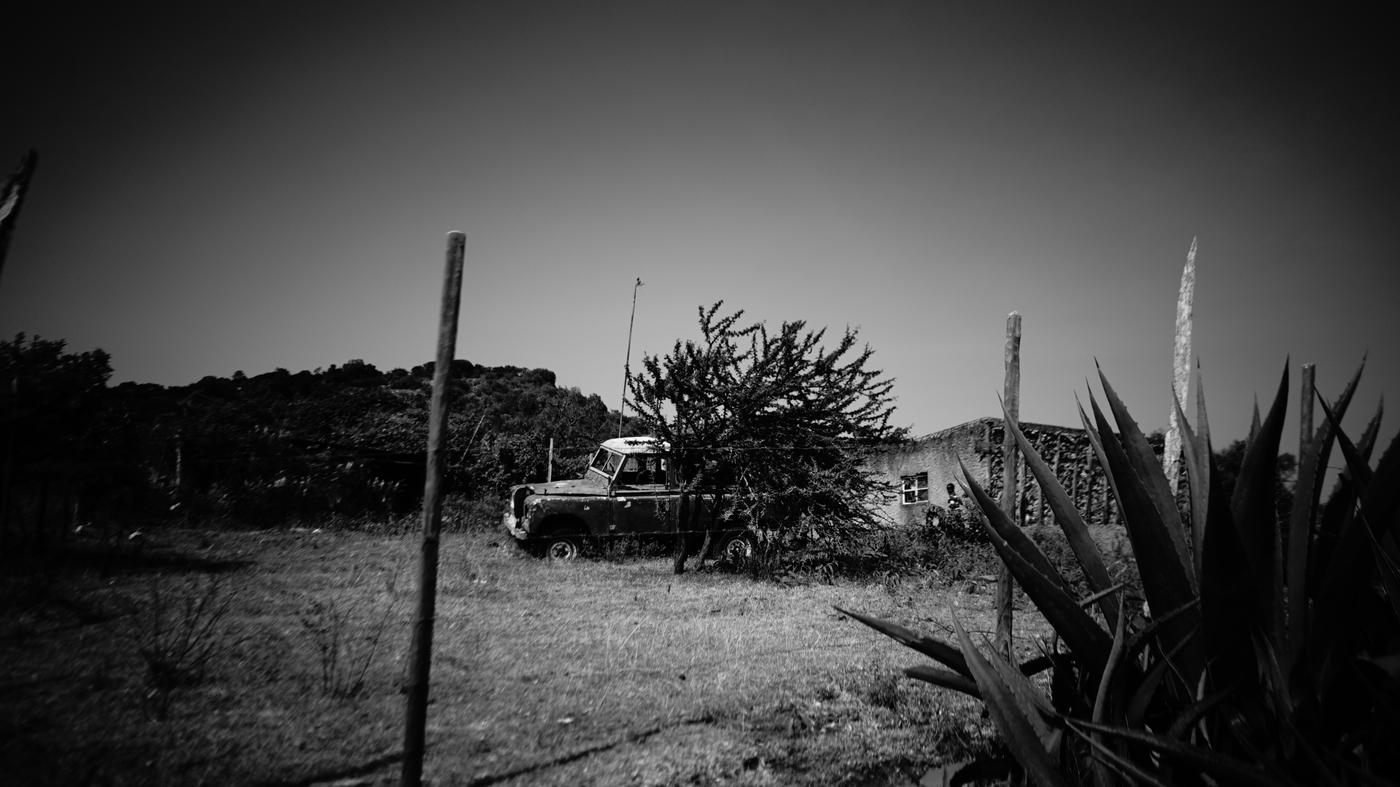 “Am the last guy to start, I rush myself to the start line, I have way too many bags on my bike,
it looks like am going touring or bike packing, not gravel racing,
am still pinning my number as I jump on the bike when I hear James wondering why I don’t have a helmet on,
“Ryan, where is your helmet mate?!”
I rush back to the camp to get my helmet.
Needless to say, I am beyond nervous about taking part in the gravel race this is set up to be.
I have about 10km of gravel experience and I once rode in the mud for about 5 meters.
you’ll be fine, just don’t burn too many cartridges on the first day is what Mikel told me before the start.
I guess he understood I was nervous when I asked him how we do scratch off this race.” 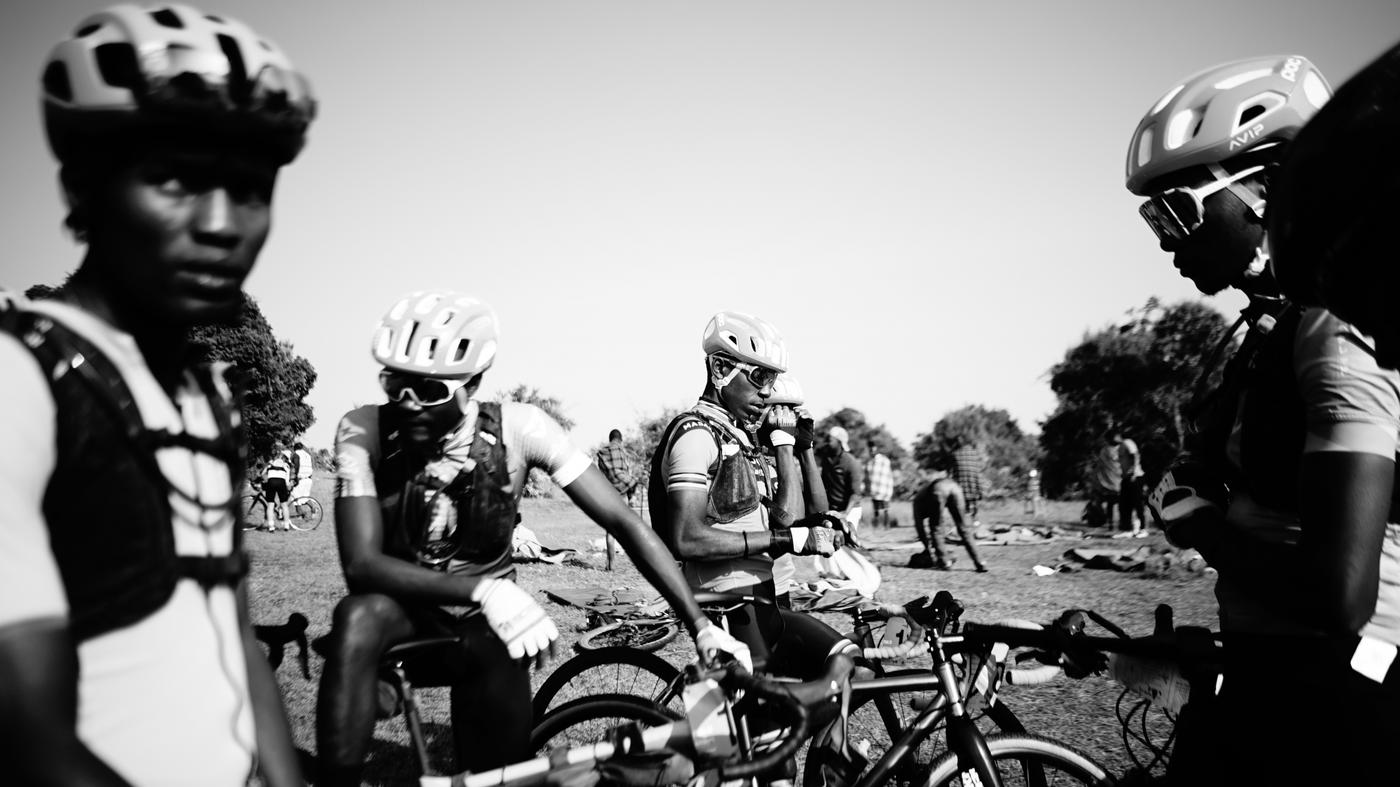 “I think what I learned here is that bicycles and humans are much more resilient than we think. I think, growing up in the US, you have this very narrow mind about what a bicycle should do, where it can go, how it should work, and everything and I think the biggest thing I have learned is that we shouldn’t complain as much as we do when it comes to the road or the conditions or just the adversity that we face. Seeing some of the African riders and what they did to be able to finish yeah it’s inspiring. Coming from a pro background you know, you want everything to be perfect, the bike should shift and brake, everything should be working perfectly, you complain if it’s not. These guys don’t complain, they just get on with it and keep on riding, it’s very inspiring to see.” 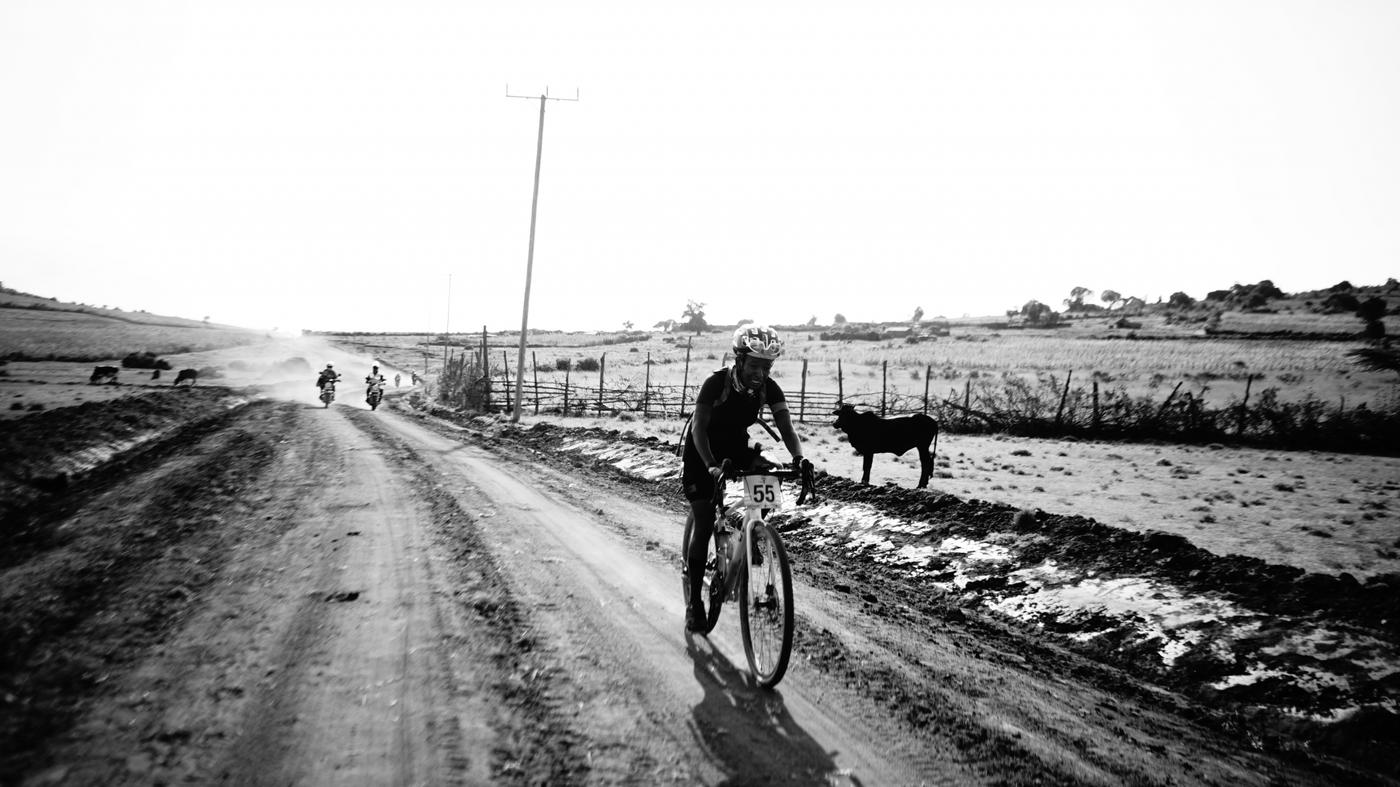 “We live in harmony with all the animals yes.
No, we don’t fear lions or elephants or rhinos.
There is only one animal we are scared of and that’s the buffalo,
you can’t trust the buffalo, he always charges, no matter what.
The lions and other cats recognize us.
Because we dress the same since always, they know, red Massai is danger.
In the old days, when we were to become adults, we had to leave the camp,
we had to go and kill a lion.
Now we don’t do that anymore.
Actually, I am now working in conservation,
I make sure the relationship between the Massai and the animals is always good,
especially during the migrations,
cause if a lion eats a Massai cow, there will be retaliation
and then it is a problem.
For example, when I was a kid, there was a lion that came to eat one of the cows,
the Massai went at him and throw lots of stones and attack the lion, he ran away.
That evening, the lion came back with other lions, but the Massai were waiting for that…
But yes we live in harmony with all the animals, we love them all.
Except the buffalo. The buffalo is stupid. He always charges.” 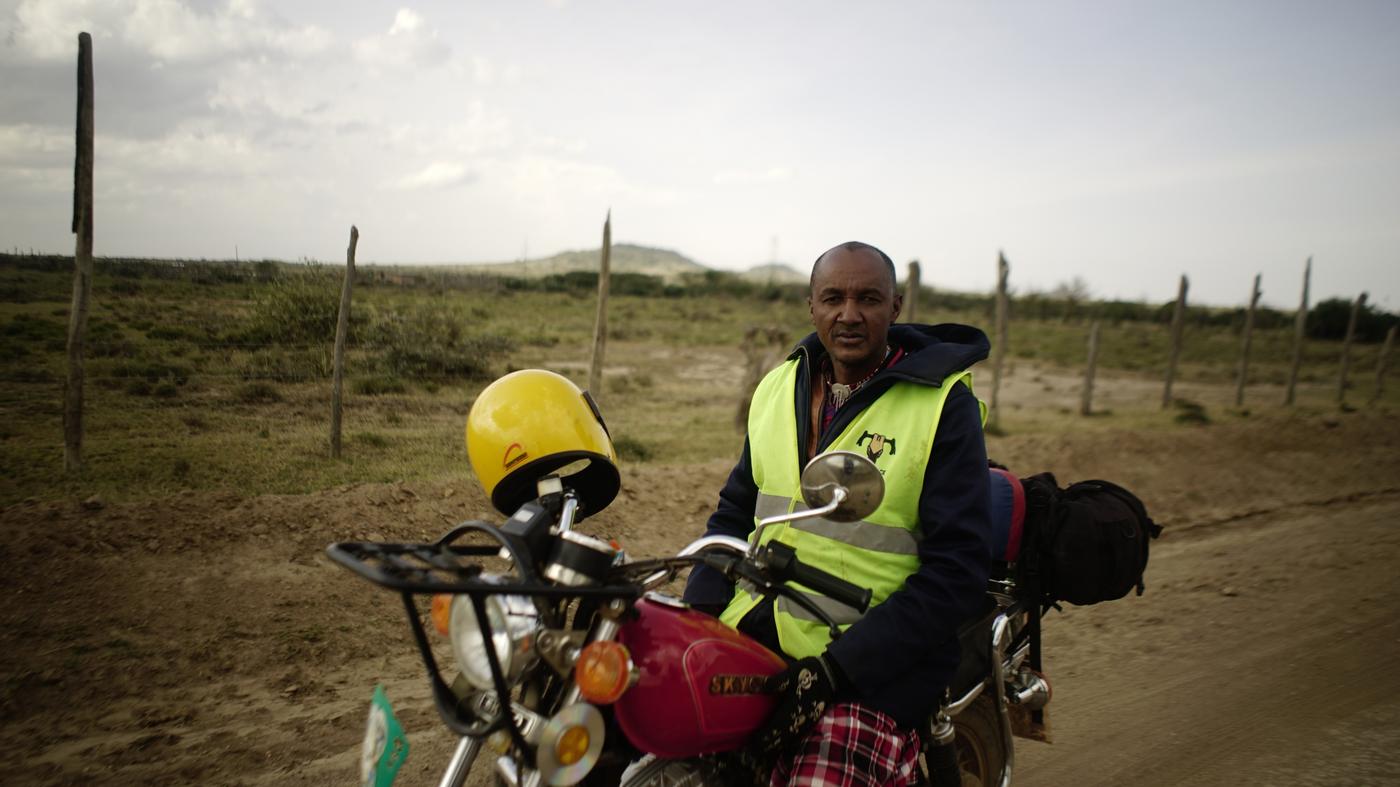 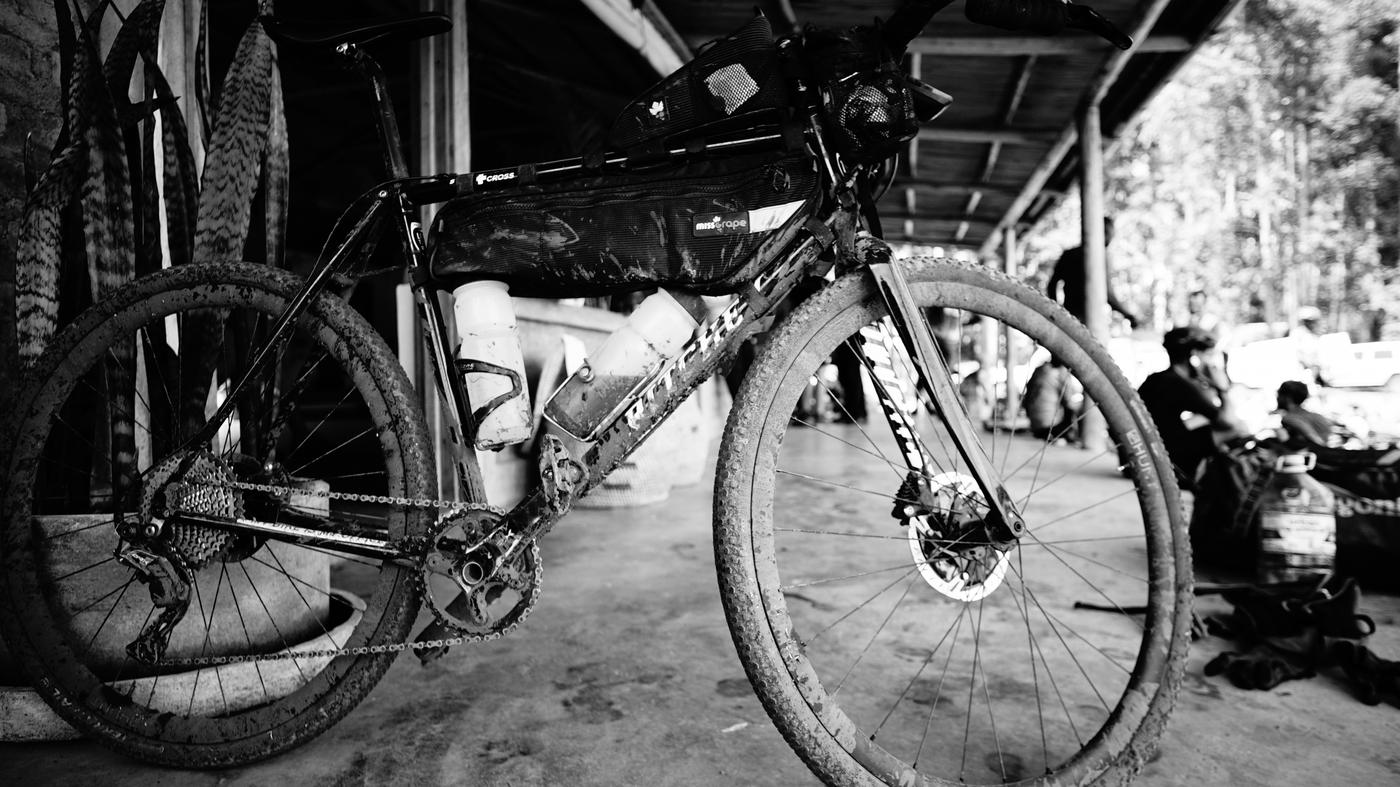 Shariff and I end up riding together battling a mind-breaking headwind,
Cate tags along, Elsie scratches and get on the sweeper bus,
there were a few other scratches today
and a lot of mechanicals
the first day breaks a lot of people and even more bikes.
Shariff does a lot of the work, pulling us
I take a turn,
too long for me.
I will end the last 20 km on my own, leaving them ride away.
Shariff is riding at our pace (“party pace wins the race’ as he says)
cause he has to stop every now and then and explore bushes to deliver himself,
the black tea had the wrong milk or something
When I pass the line a little bit later than him,
he’s there waiting for me with a beer and a smoke
“you know there is no word for stranger in the Massai language”
Shariff is definitely the kind of journalist I love
He had a knack for getting the priceless piece of info that will elevate his story
it elevates mine and I give more attention to the mass taking care of our security. 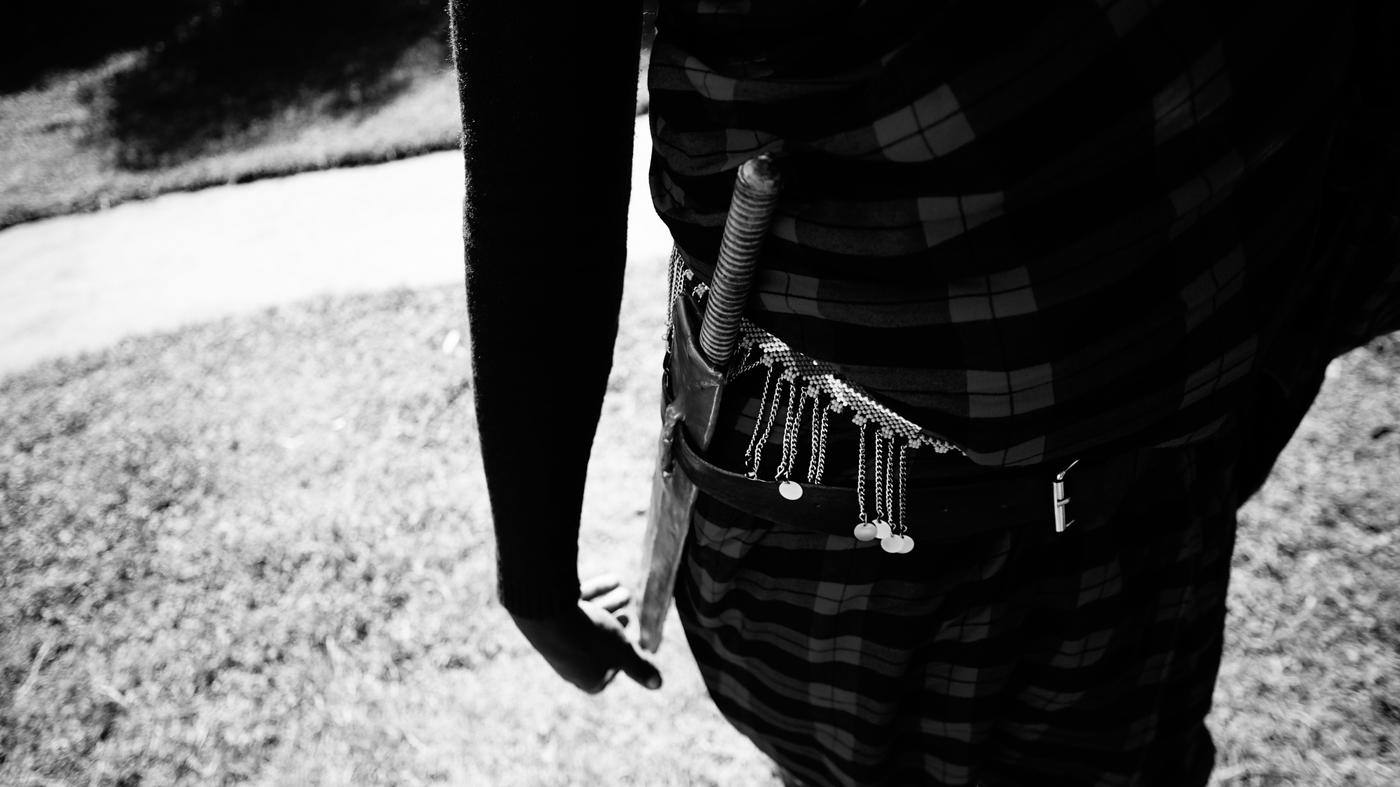 “I absorb things better at speed.”