A Special Rossman for Paris-Brest-Paris

Paris-Brest-Paris is a crucible, a pilgrimage, a quest. Paris-Brest-Paris is a cycling event. It runs 1200km (768 Miles) from Paris to Brest on the coast and back. Out and back. 6,000 people participate. They start in waves, pulsing towards the French Coast in a chrome-fendered murmuration of wool jerseys, Berthoud bags, and dyno lights. Racers have to finish their migration to the coast and back in 90 hours. 90 hours, on a bike – that’s little to very little sleep. That’s riding pretty much straight through.

PBP, like the Olympics, is held every four years, and like the Olympics, it was founded by a Frenchman in the late 1800s, part of fin de siècle spectacle grandeur. A manufactured drama for the masses. Who doesn’t love awe and spite and more awe? They loved it, we love it, you love it. It is the world’s oldest bicycle race and it is beautiful, hard, and transcendent; for these reasons and more, Hahn Rossman is heading back this year for the third time. 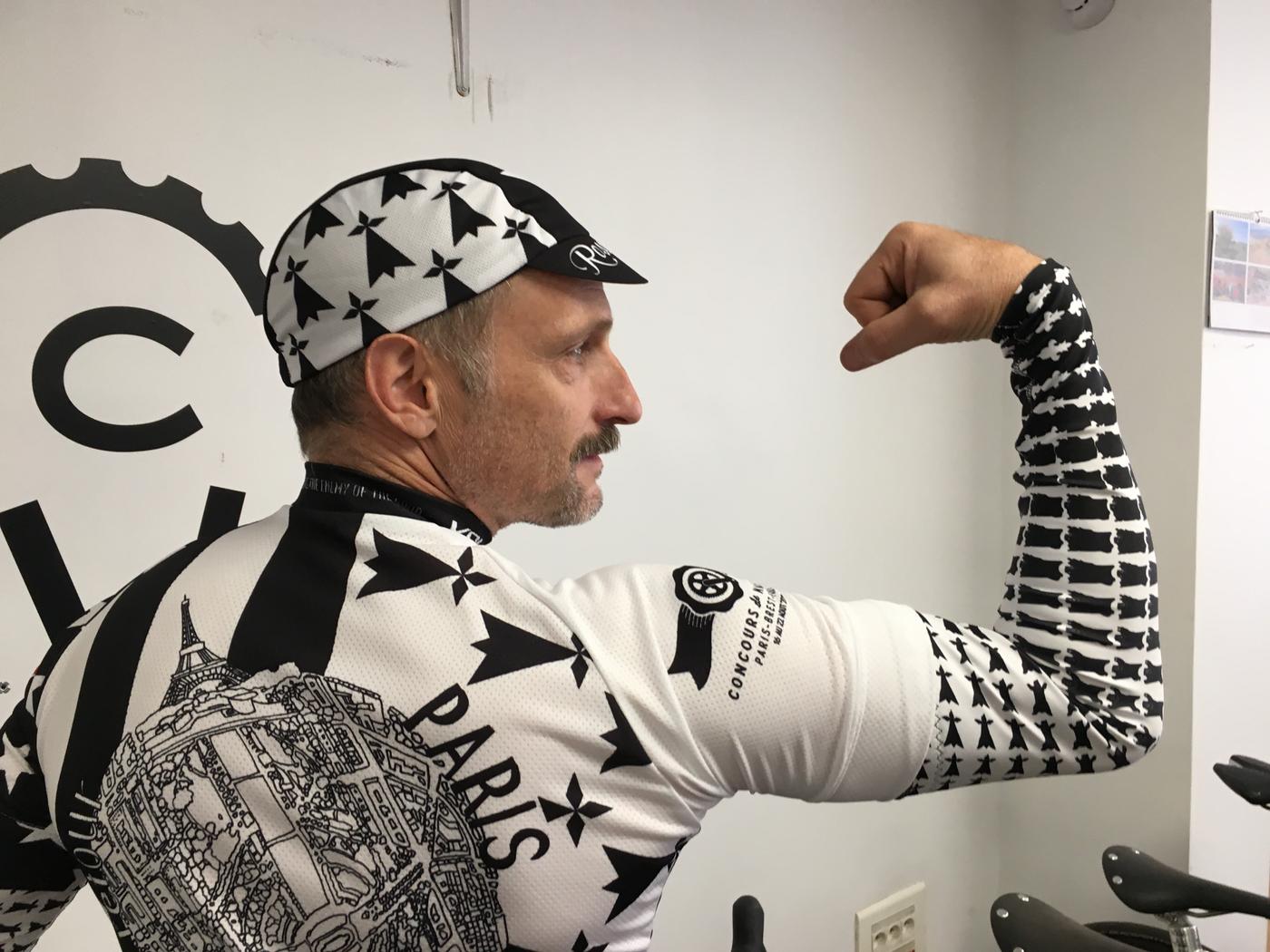 Hahn Rossman. I was and still remain captivated the ethereal energy in his eyes which are the blue of shallow glacial lakes. He casts a Rasputin effect, not in a curing hemophilia way but in the personal magnetism way; there is a draw to the man. Talking with Hahn is to be enchanted: his mind ranges a grand topography of subjects, pulling you along in its peregrinations as a tourist who has stumbled amidst the cascading ruminations of a sage. His thoughts, like most of his riding, have no obvious endpoint, and like Rasputin, it seems there is nothing that can put him to rest. He goes, never dark, never dimming.

Hahn lives in Seattle where he rides and builds bicycles. He has a main gig that he treats like a side job doing something with metal, machining, art, and marvels. To be honest, the specifics of his work have remained a mystery in the 10 years I’ve known him, an enigma I have had no need to resolve. He’s been at the bike thing most of his life. He carries with him a past replete with standard crit and road racing story but it was becoming an early member of the Rapha Continental that piqued his interest in long riding. This led him to meet Bicycle Quarterly’s Jan Heine and Jan quickly applied the pressure and pushed Hahn to ride even further.

Hahn showed up to his first Brevet expecting fuddy old dudes in yesterday’s yellow jackets, of which there was no shortage. There were also some friendly faces in the crowd. Friends from cross and crit who had also come to proselytize to the deity of distance. Hahn was an acolyte and like any true believer he thus began his pilgrimage. But why Paris Brest Paris?  Why not RAAM, or some other long-distance race/ride? Why travel to France to find your frontier? Isn’t the west and the midwest and all that other stuff beyond the Mississippi more than enough to push yourself into the abyss? Doesn’t racing across America give you the best opportunity to tape your head to a crutch in order to eek out a few more barren miles simply because your neck muscles are failing? Why fly somewhere to get this kick? Why go to France where good wine, good cheese, good roads, and sympathetic drivers abound when you could maximize physical exhaustion right here in The States?

Maybe plumbing the depths of agony isn’t the sole quest for an endurance rider. You’re probably familiar with the Dirty Kanza? It is currently the thing in gravel racing. Hahn raced DK in 2017 and although he was plagued by flats, the exuberance of the locals and the camaraderie of his fellow racers didn’t go unnoticed; in part, it was this energy that carried him through to the finish. Hahn notes that PBP has the same “vibe” only amplified 100x. Because it’s a race that has been happening for 130 years. Because it takes place once every four years. Because cycling is beloved in Europe and there is an unquenchable French joie de vivre. This is a tradition-anticipation-enthusiasm cataclysm. A transcendent experience that according to Hahn is nothing less than alchemical. 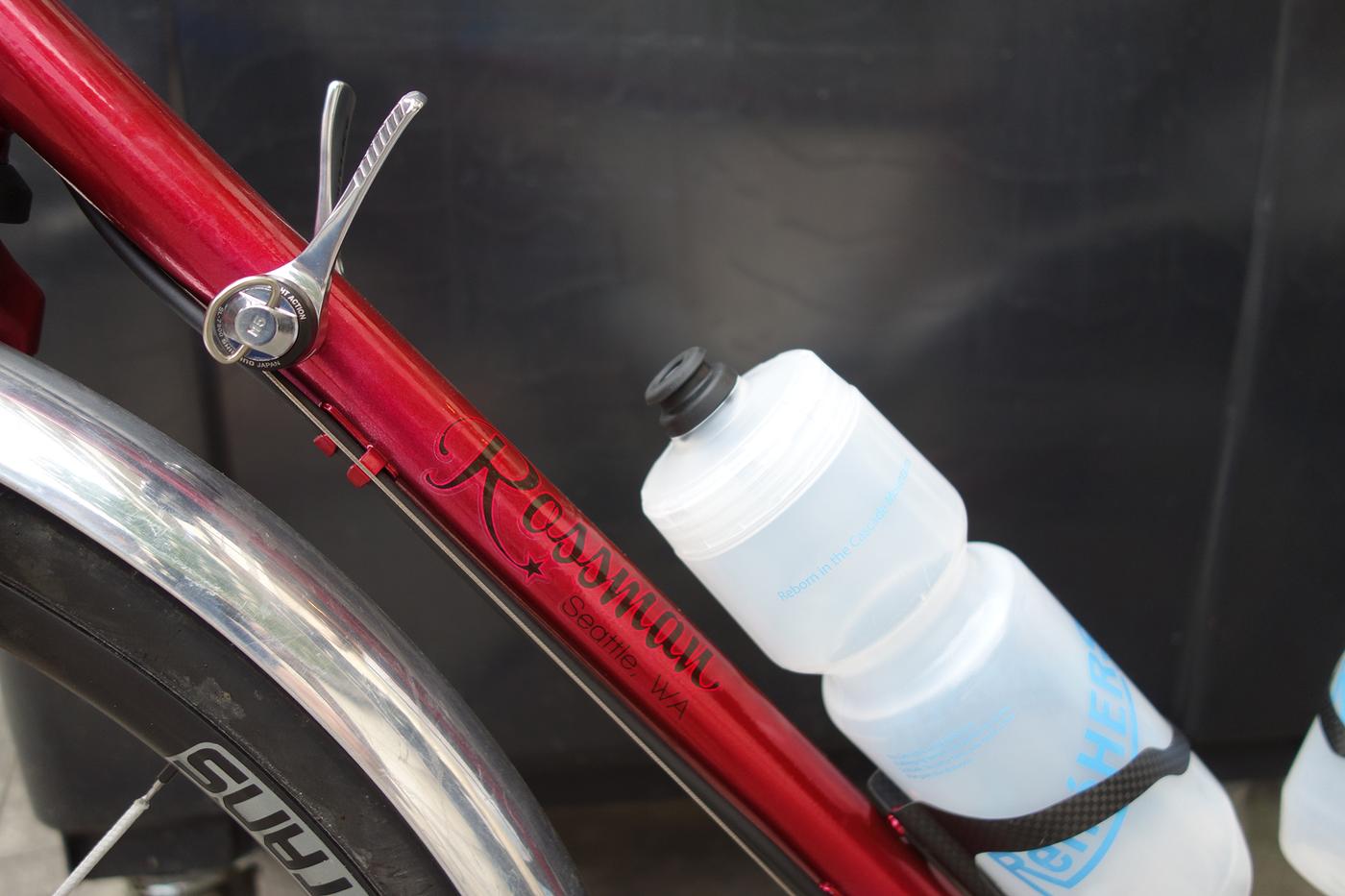 For frame builders, this year’s edition includes an extra incentive, the Concours de Machine (CDM). A French initiative meant to push the technical development of bicycles, the CDM debuted in the late 30s. These original trials spurred the use of aluminum parts in bicycles – seeing a radical reduction in bike weight – and saw the development of essential features like braze-ons, which became essential to keep everything together in the long hours on the primitive French roads. This year, France brought back the CDM, not just for PBP rando bikes, but as a full spectrum challenge including everything from DH bikes to commuters. At PBP the CDM is a race within a race (RWAR), where builder/riders take to the course. There were only thirty spots created for this challenge and a scant five were allocated to foreigners. Hahn was able to secure one of these spots. Rasputin indeed. 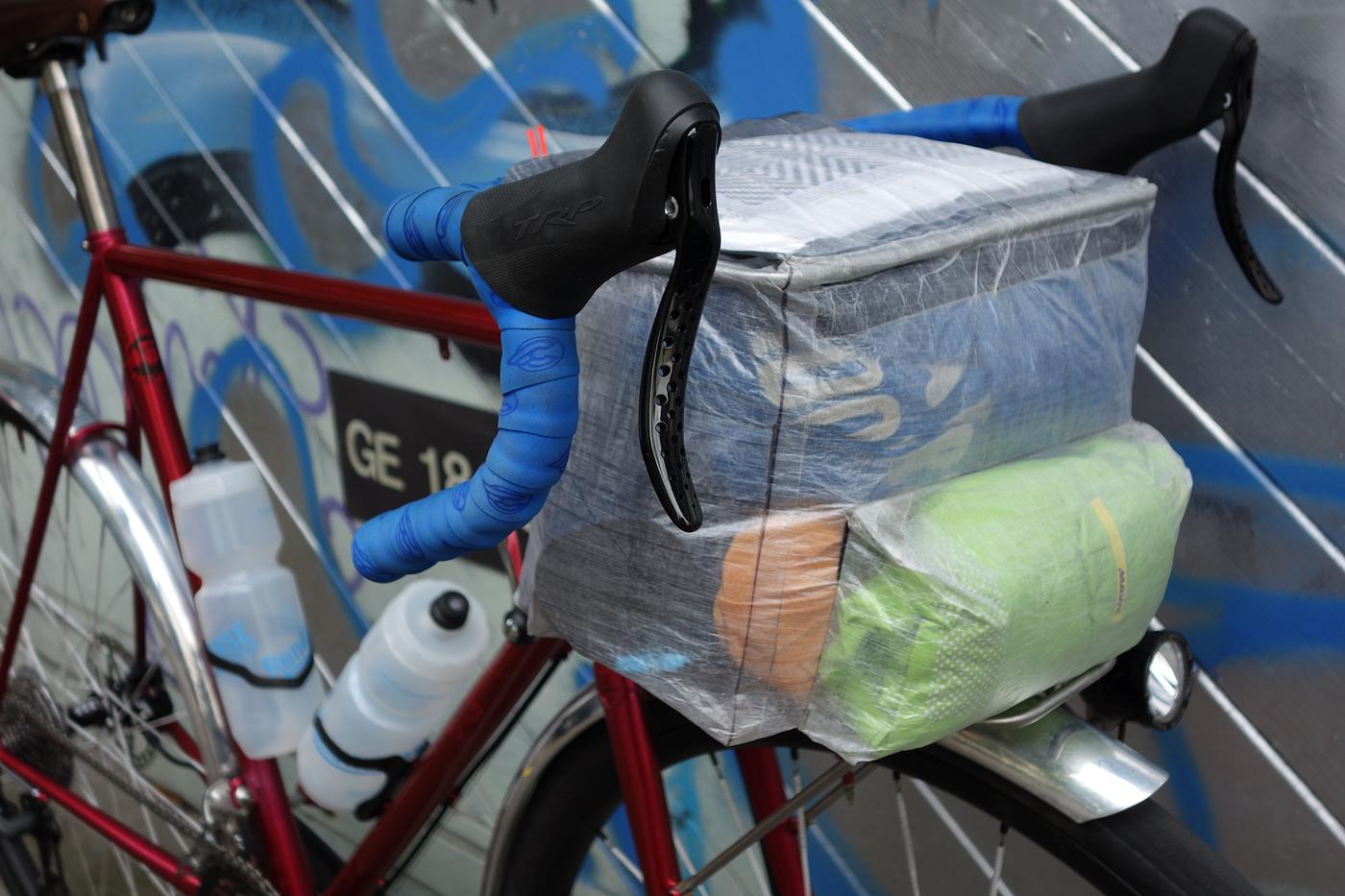 While winning CDM is an important motivator for Hahn there is another challenge that holds even greater appeal. La Societie Charly Miller. In short, in 1901 26-year-old America Charly Miller finished PBP in 56 hours and 40 minutes. Far from home and without a pre-war follow car-PBP used to be a team sport with support staff and cars shadowing the riders, this has since been done away with–he raced with style and panache that left French fan’s swooning. To commemorate his ride they created La Societie: entry into which can be earned by any American rider who manages to finish the race in under 56:40. In the long history of PBP, less than 50 have completed this task. As Hahn said, “It’s for people who know how to keep their fingers in the fire.” I wonder if Hahn can already smell his fingers cooking.