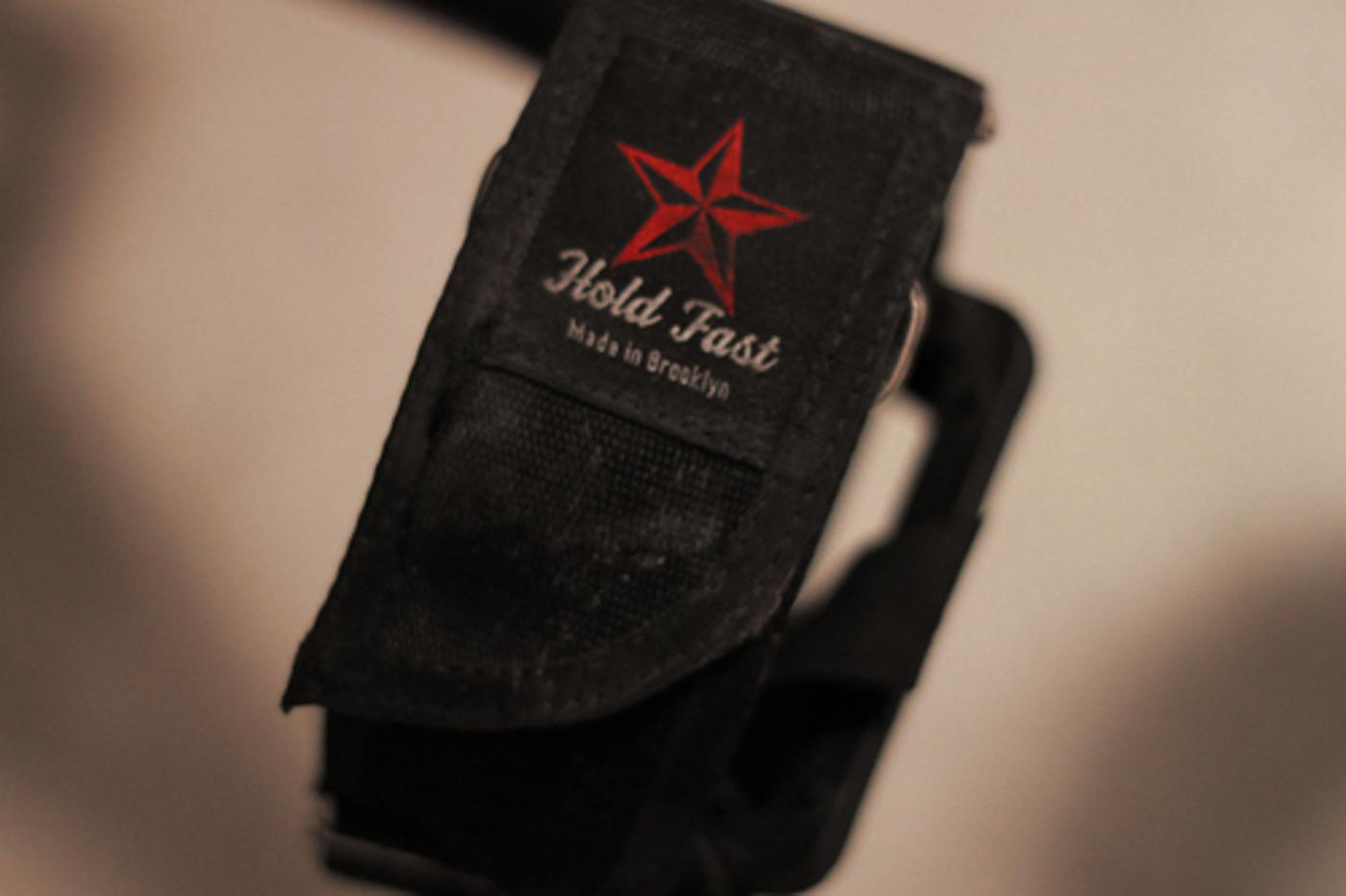 People always complain that the Hold Fast FRS bindings look like they will rip over time. I’ve heard it from a lot of people and I get a ton of emails from readers asking me how well mine have worn. Granted I’ve had every version of these straps, from the very first prototype to the most recent production model. The system has been through numerous stages of PR&D and I’m confident to say that this is the best version to date. 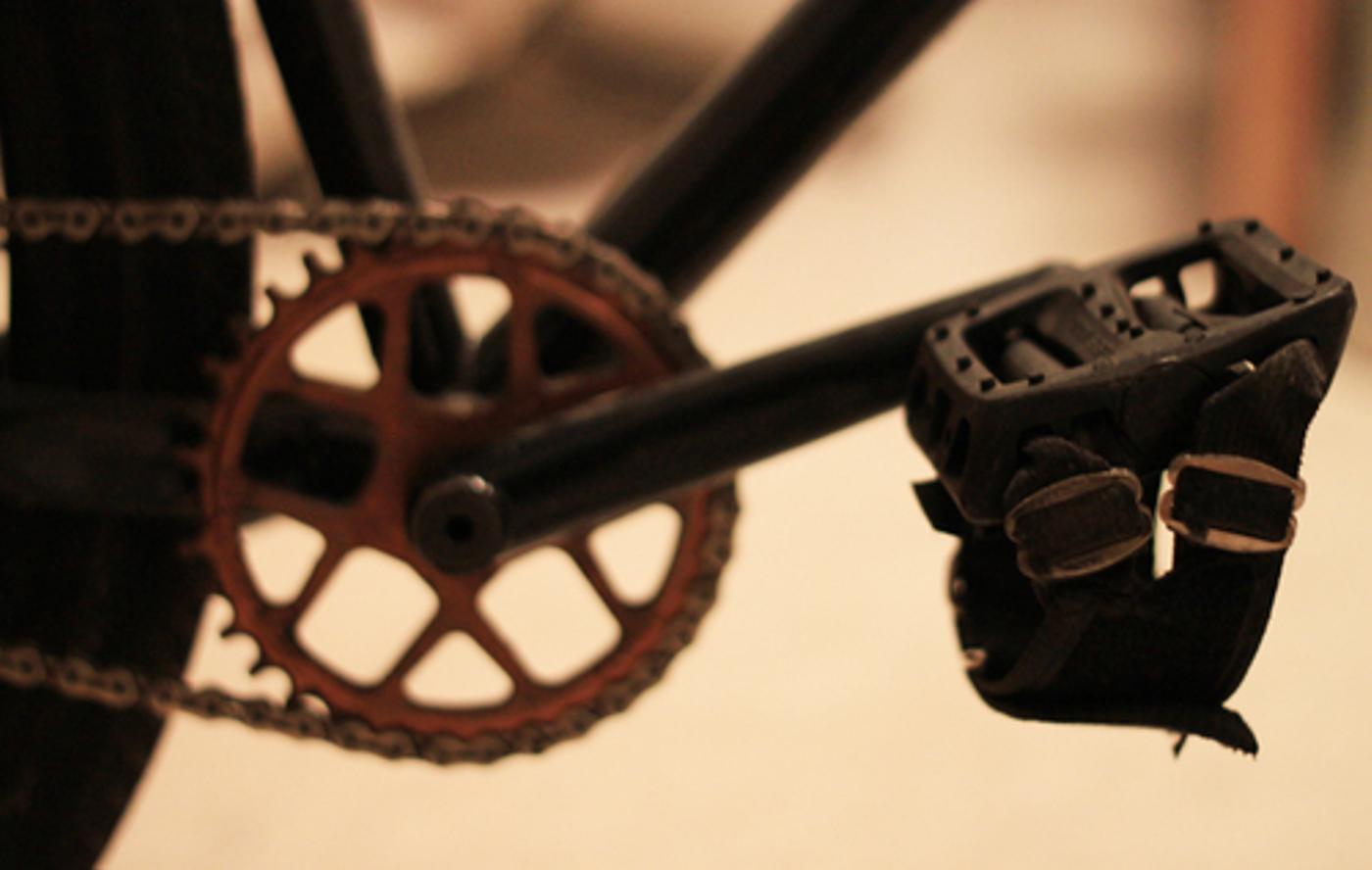 I’ve had this particular pair on my bike since I returned from Tokyo for the CMWCs. There’s plenty of wear and tear. Road salt, dirt and scratches on the metal buckles. 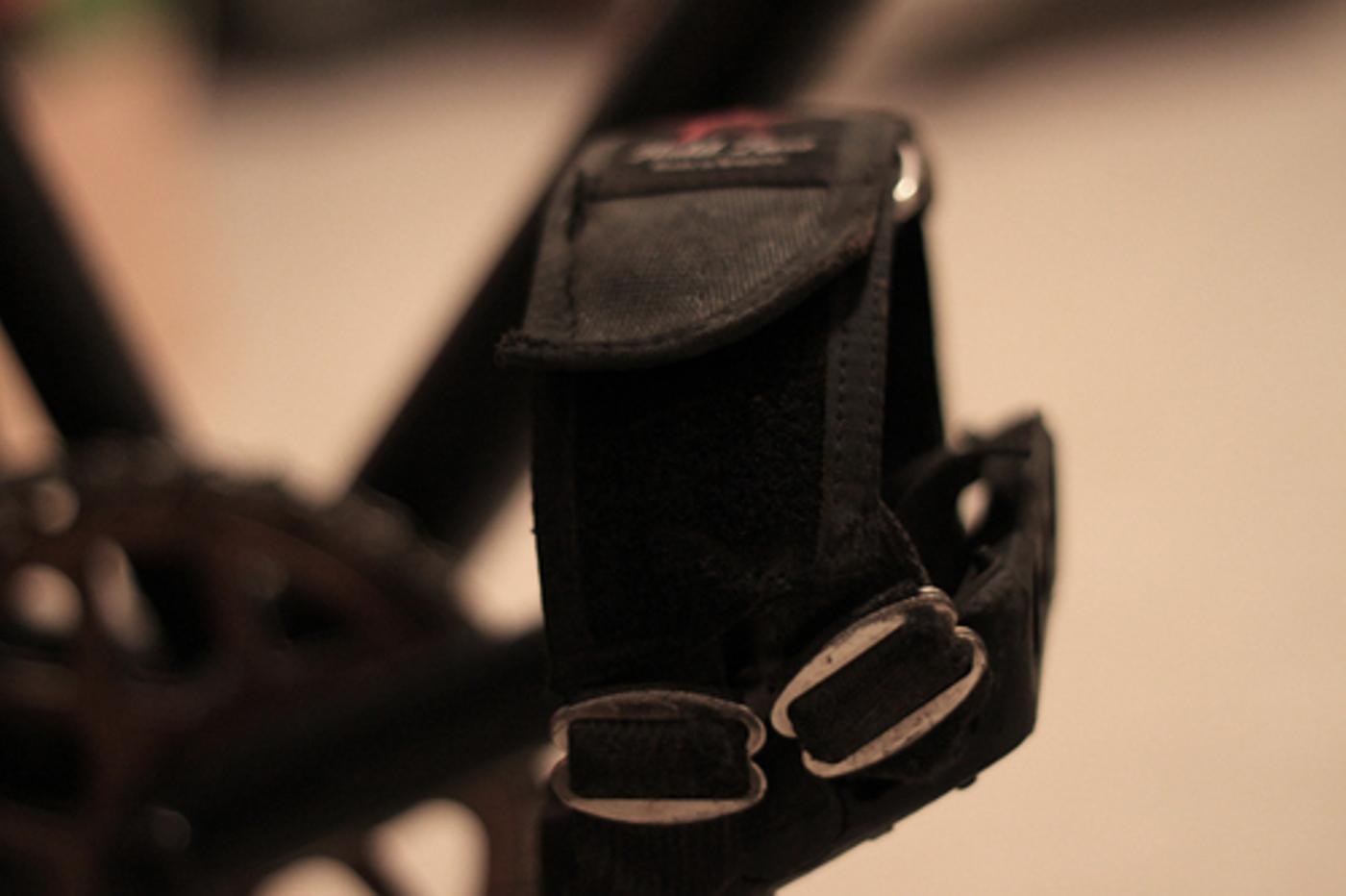 One of the bindings has a frayed section. Probably from the multiple times my bike’s slid on it’s side. 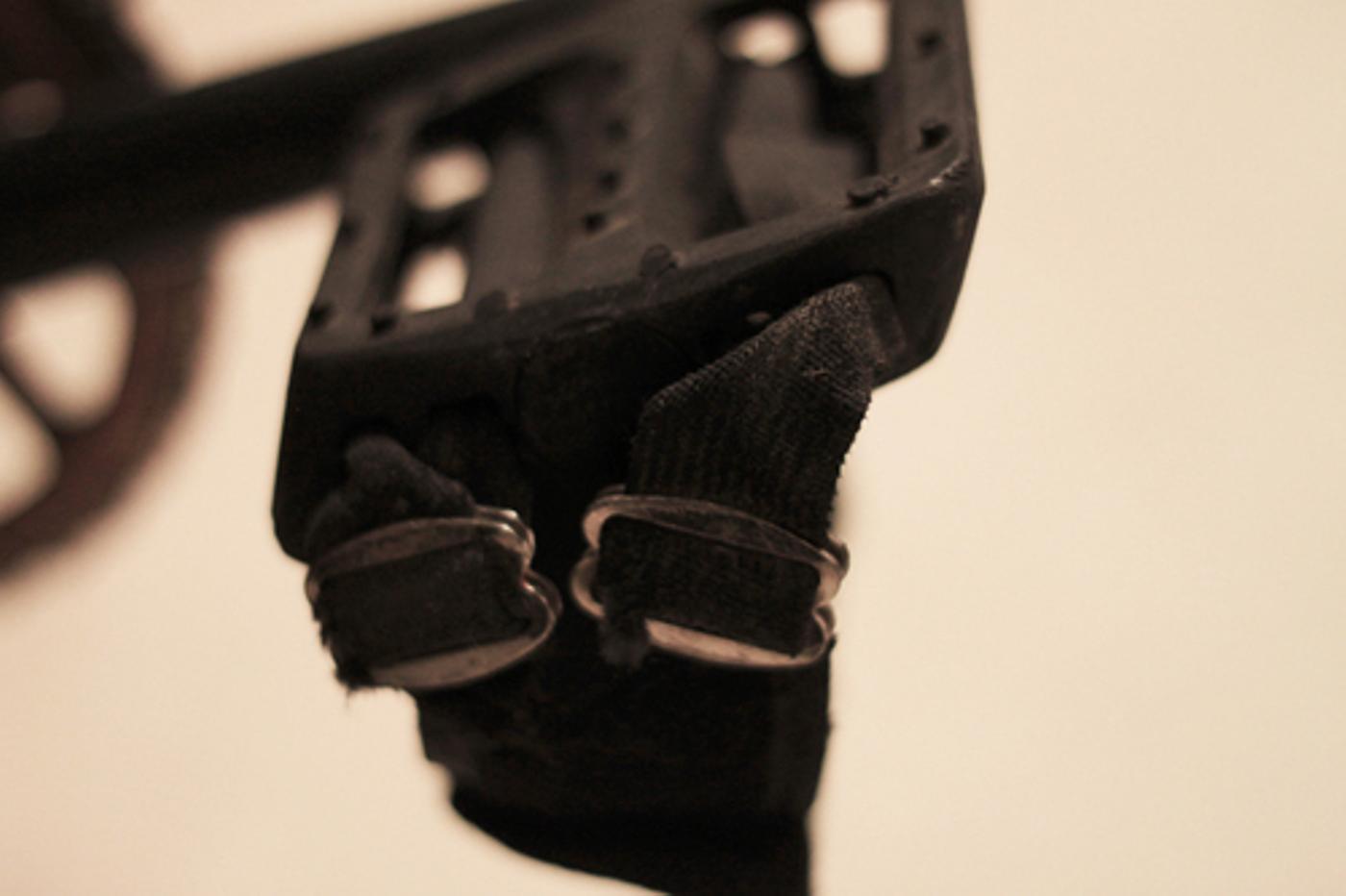 But it’s not that bad. Now, in retrospect, the amount of toe clips and straps I bought in a year before I started riding Hold Fast would have equaled way over their MSRP of even a few pairs. I was buying packs of Dimension plastic clips every week. I also ripped through a few pairs of Toshis from riding. After trying other toe straps and even wrapping them with tape, they still snapped from the constant abuse.

What I’m trying to say is, you’re going to wear out your equipment. The harder you ride, the faster it will wear out. But I’ve never snapped these straps and if I did, I’m sure I got their full use out of them. Some people recommend wrapping the buckle with tape, or doubling the excess strap around the buckle. I’ve never tried this, so I can’t say how well it works, but just know that these aren’t a weak or fragile foot retention system. They’re very durable. Hell, they’re hand made in Brooklyn. They have to be durable.

Nothing really prompted this post. It’s something I’ve wanted to do for a while now and I finally got around to it. If you’ve got pictures of your well worn Hold Fast FRS, feel free to post them up in the comments!