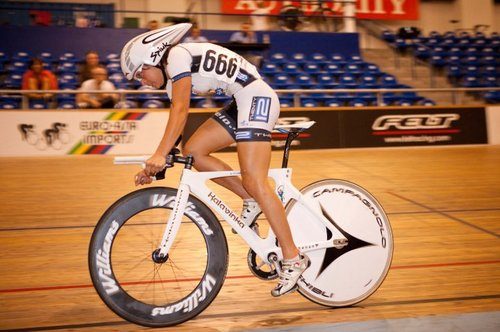 This is what I’m talking about. Girls on bikes racing!

Pat Benson took a ton of photos during the California Elite States 2010. This one in particular, from day 2 rules all others. From the number, to the bike and the racer, you just can’t beat it! Then, turns out I know the girl. I spent some time with her in Tokyo during the CMWC last year. Hanan is a bad-ass and this photo is only the half of it!

Because of privacy concerns, I won’t link to the photos, or to Hanan’s profile so you’ll have to take my word for it! Anyone know if Pat will be upping the photos to Flickr? Beaver? Do you know?