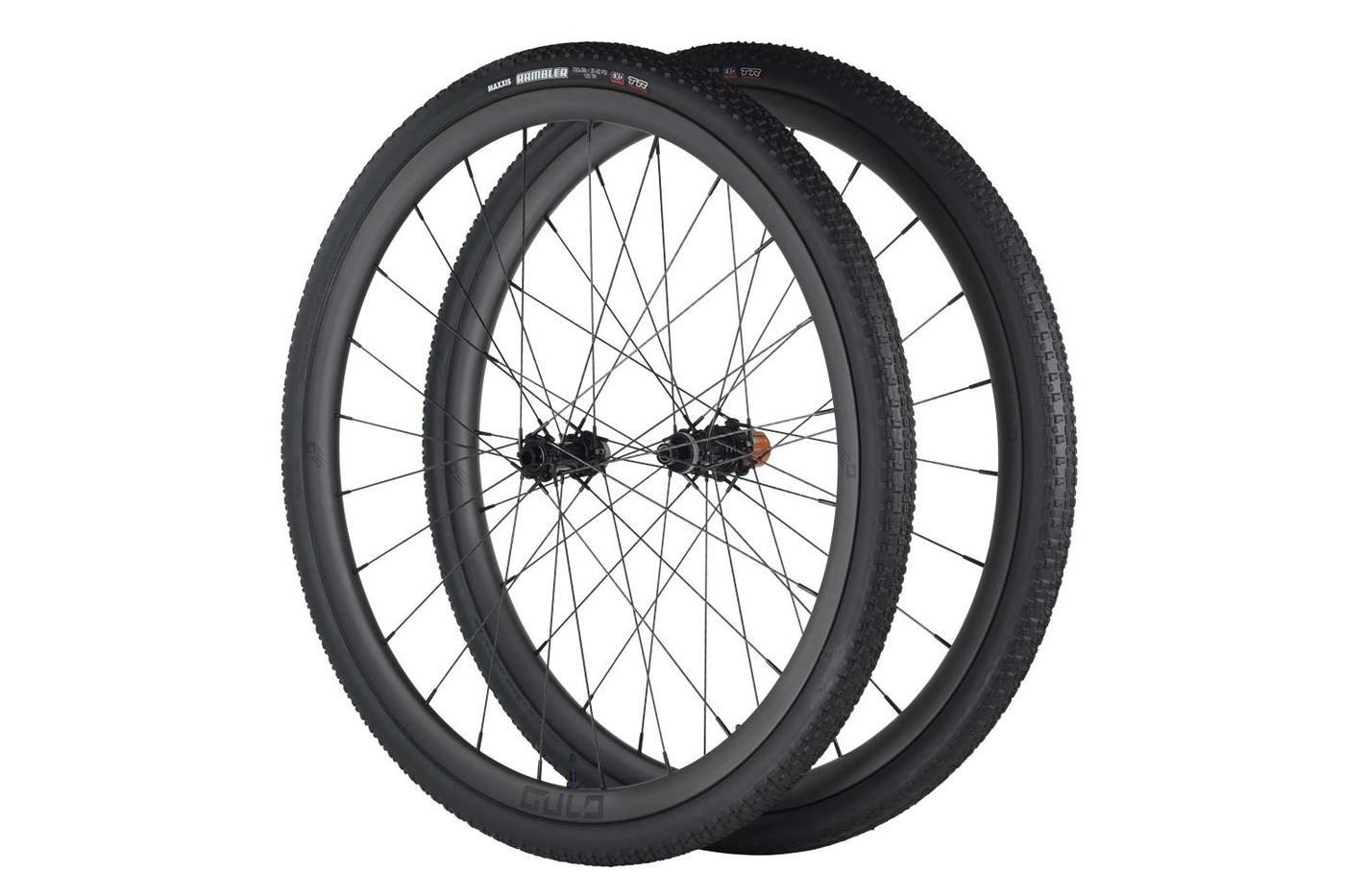 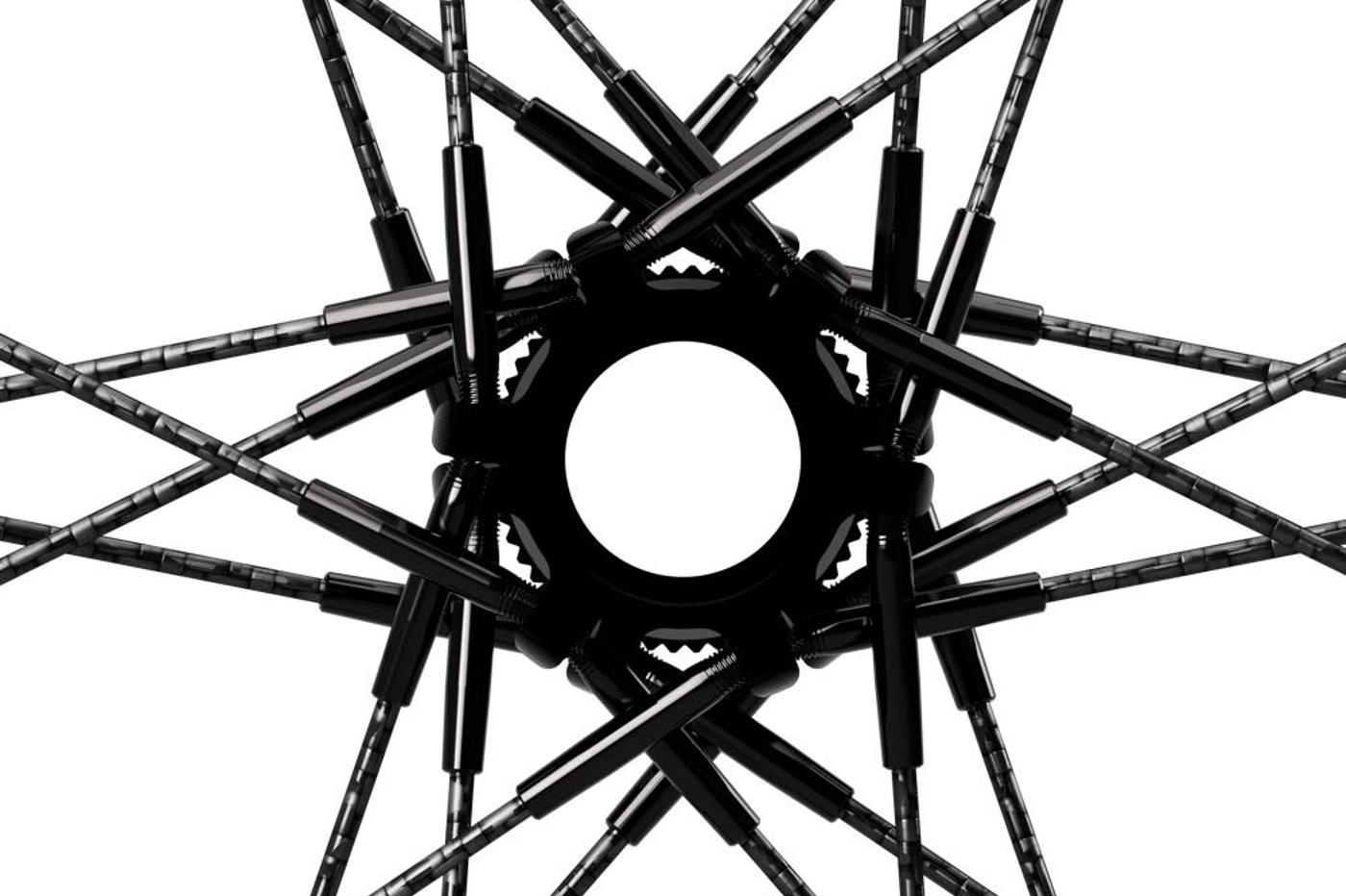 “The Gulo Integrated System spoke is a triaxially braided composite, consisting of a blend of materials all uniquely chosen for specific purposes. In the development of this spoke, two main goals were at the forefront: lightweight and impact resistance. The G1 spoke was formulated to be able to absorb massive impacts without failing. At the same time, it will retain tension much better and for much longer than traditional steel spokes at 40% of their mass. This was accomplished only after hundreds of different spoke designs were manufactured and tested. In conjunction with this groundbreaking composite spoke body, our team of engineers utilized aerospace-grade aluminum alloys and bonding agents to complete the G1 spoke. At the end of its development cycle, the G1 spoke remains one of the lightest spokes ever produced while achieving exceptional impact resistance.

Spools of spoke braid are then molded into their final shape. Our team developed an entirely new molding process around this one single spoke. These aerospace-grade aluminum ferrules went through many renditions before they became the perfect balance of strength, weight, simplicity and clean aesthetics that they are today. They serve to finish the G1 spoke into a clean and easy to build package.” 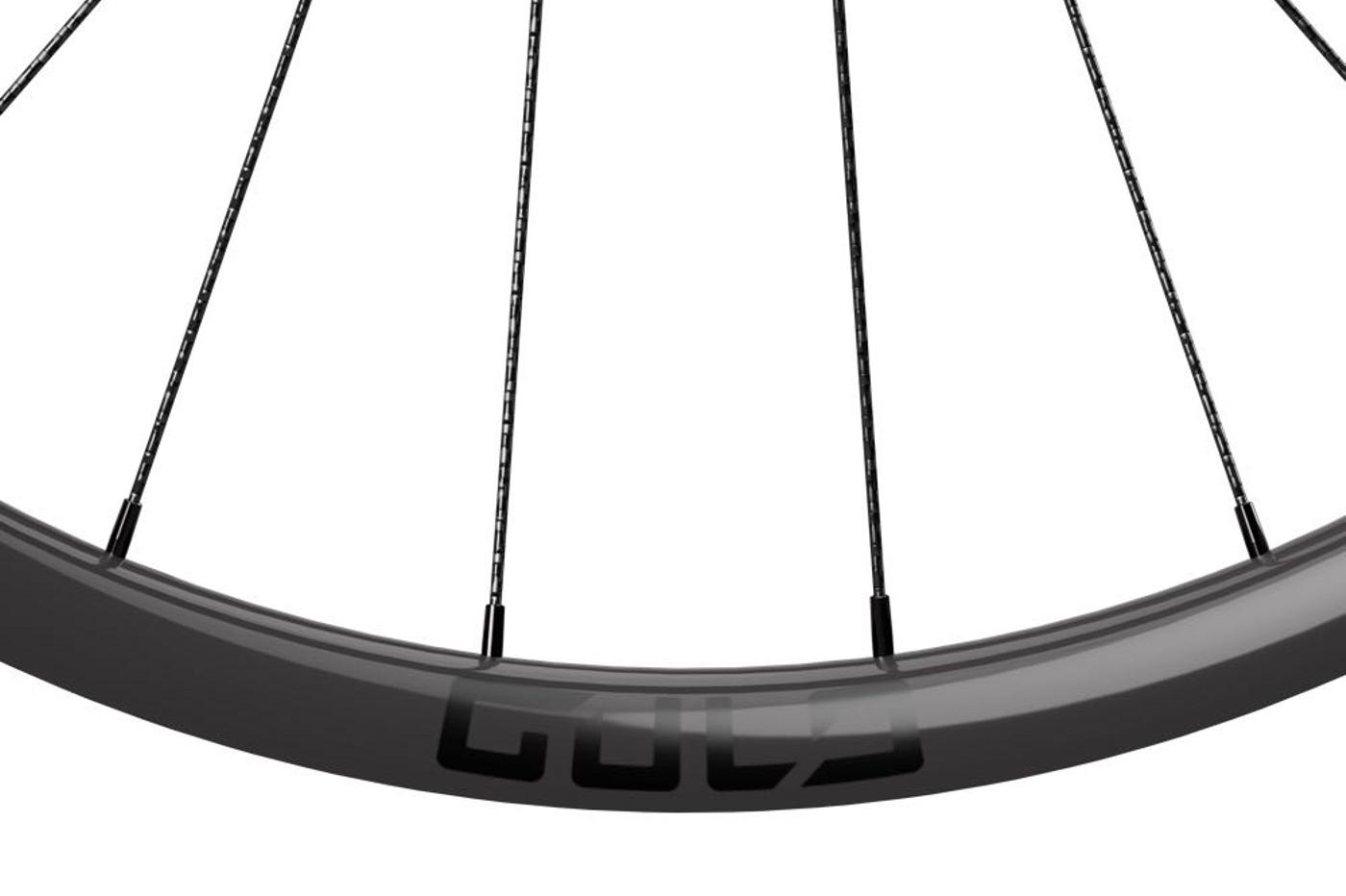 “These spokes are then mated to the Gulo ETI (Easy Thread Interface) hubs, which feature a patented anti-bite freehub body, alternating 6 pawl drivers (3 pawls engaged at any time), and high-quality steel bearings. The hub shells are machined to extreme tolerances from super light 7075 aluminum alloy.

Both the GIS spokes and ETI hubs are then built to their in-house molded rims. Gulo rims are constructed with premium Japanese Toray T700 carbon fiber. The rims are finished with a new permanent type of decal that is cured in place and will not peel, chip, or scratch like traditional sticker decals.”

These wheels are exciting and the pricetag reflects this technology. The GRX-SL wheelset carries a pricetag of $2,625.00 and are compatible with QR, 12mm, and 15mm axles, in both 135mm and 142mm spacing, with Campagnolo 11s, Shimano 10/11s, SRAM XDR 12s drivers. Check out the GRX-SI information at Gulo.