Since we’re talking about the mountain bike, let’s look at it in detail. Saja came to Golden Saddle Cyclery with an idea about the build and the team there helped him select components for this beautiful frame with a paint-matched stem. Fox’s dropper and fork were a good starting point, from there they selected SRAM XX1 1x drivetain with a 10-50t cassette, matte Chris King hubs laced to Derby rims, Onza Canis 2.8 tires, Hope Brakes, and some killer, limited edition Answer bars. 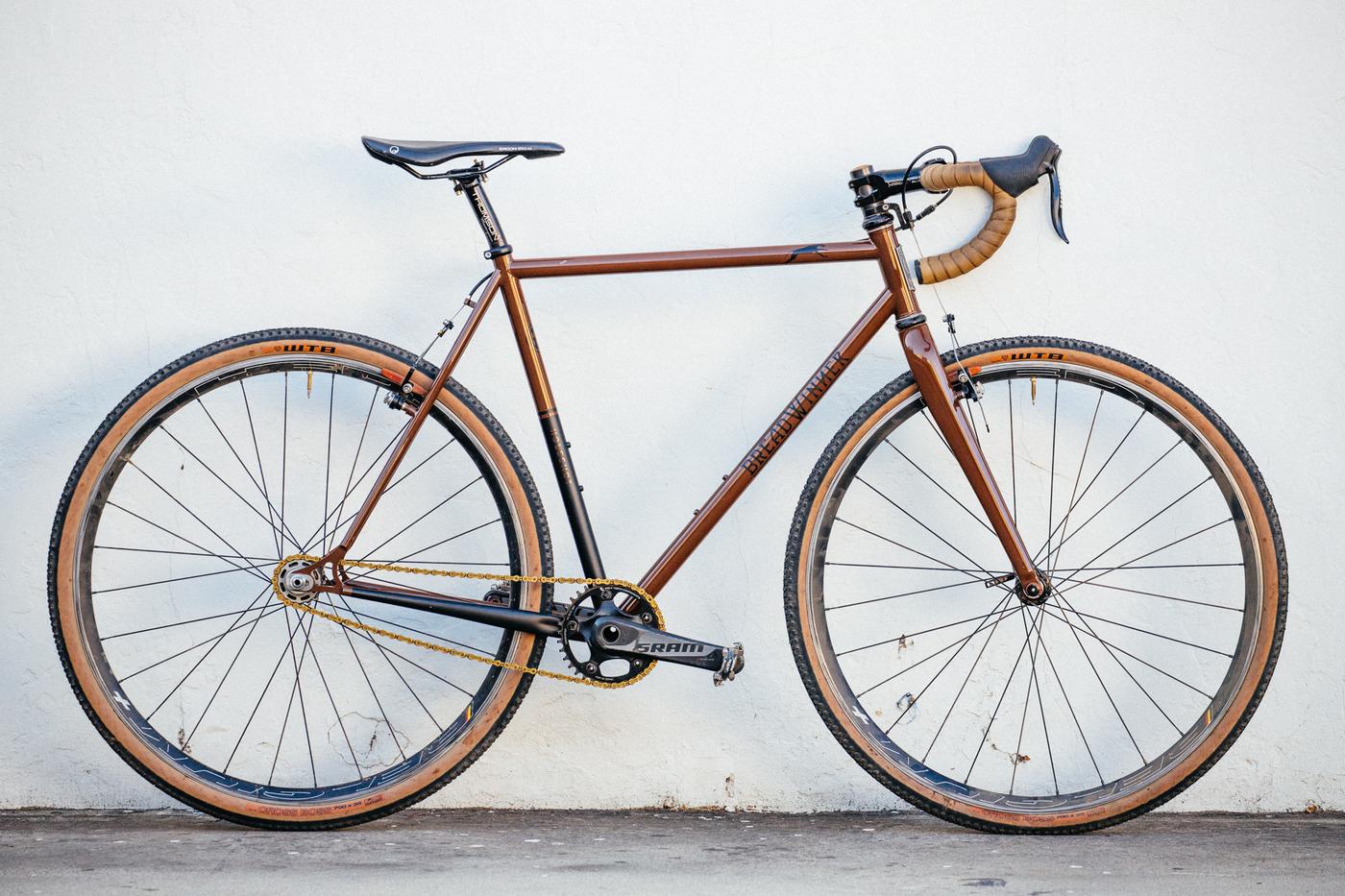 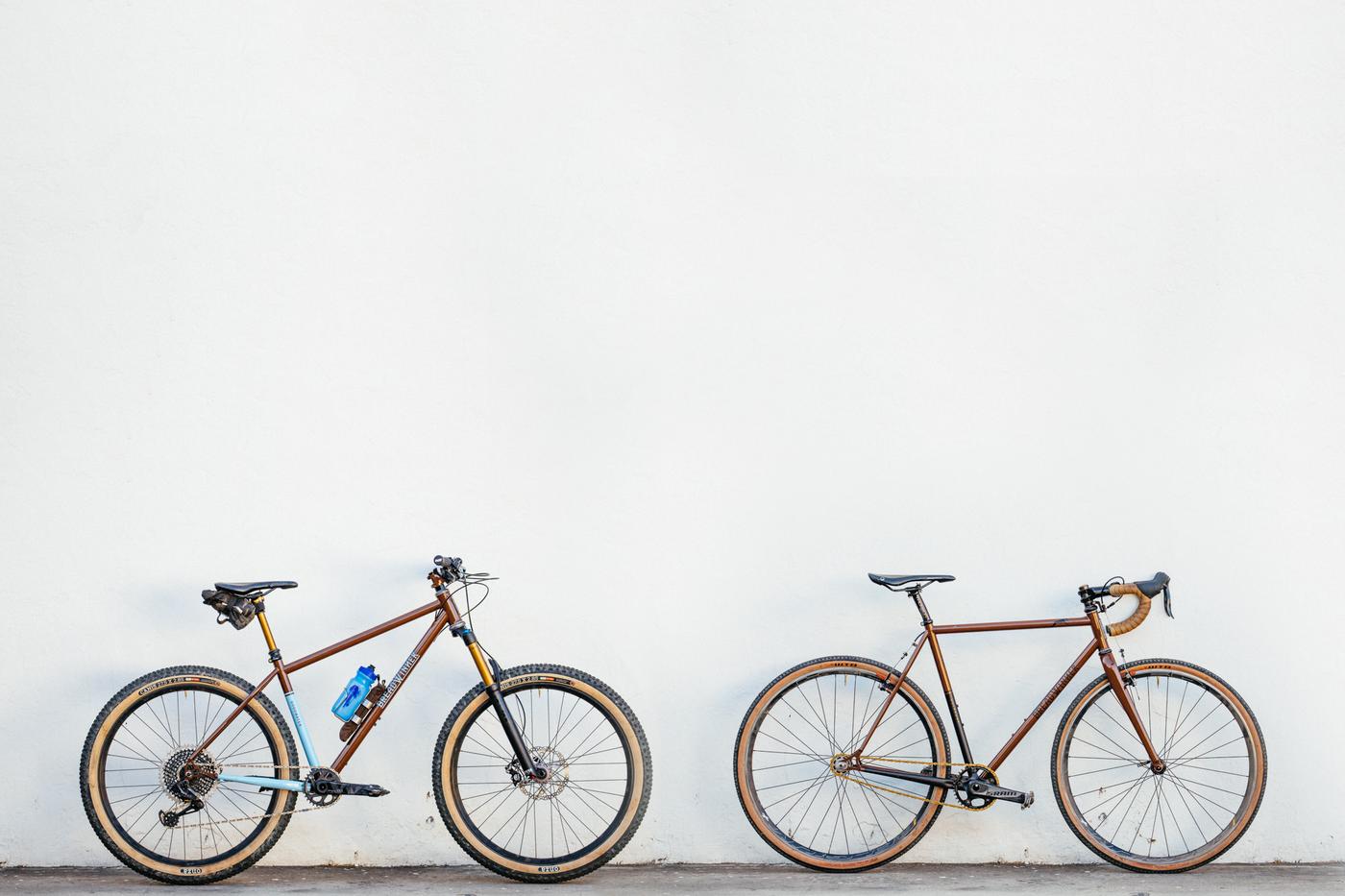 Both of these bikes, set up side by side make for some bodacious brown bicycles.