There’s nothing like a California sunset, especially over the San Gabriel Mountains here in Los Angeles. Those faded evenings usually come after an all-time MTB ride and for Nathan, he was craving some trail time. Sure, he’d ridden a lot of the singletrack in our great city on a bike before: his Rock Lobster all-road, but he wanted to finally rip them up – and himself – on a proper MTB. He went to the team at GSC and began talking to them about a Ritchey Timberwolf build. One unlike any the shop had put together before. GSC contacted Ritchey and requested one of their special Heritage paint jobs, then Mike, a mechanic at GSC talked to Nathan about a build kit. A Fox 36 fork would take the hits, while a Shimano drivetrain would offer smooth, worry-free shifting and braking. Wheels, featuring White Industries and durable rubber from Onza paved the way for one slick build. Being Nathan’s first mountain bike, it’s had a number of crashes already, but with each ride, he gets more and more accustomed to speed and cornering on loose and sandy trails. 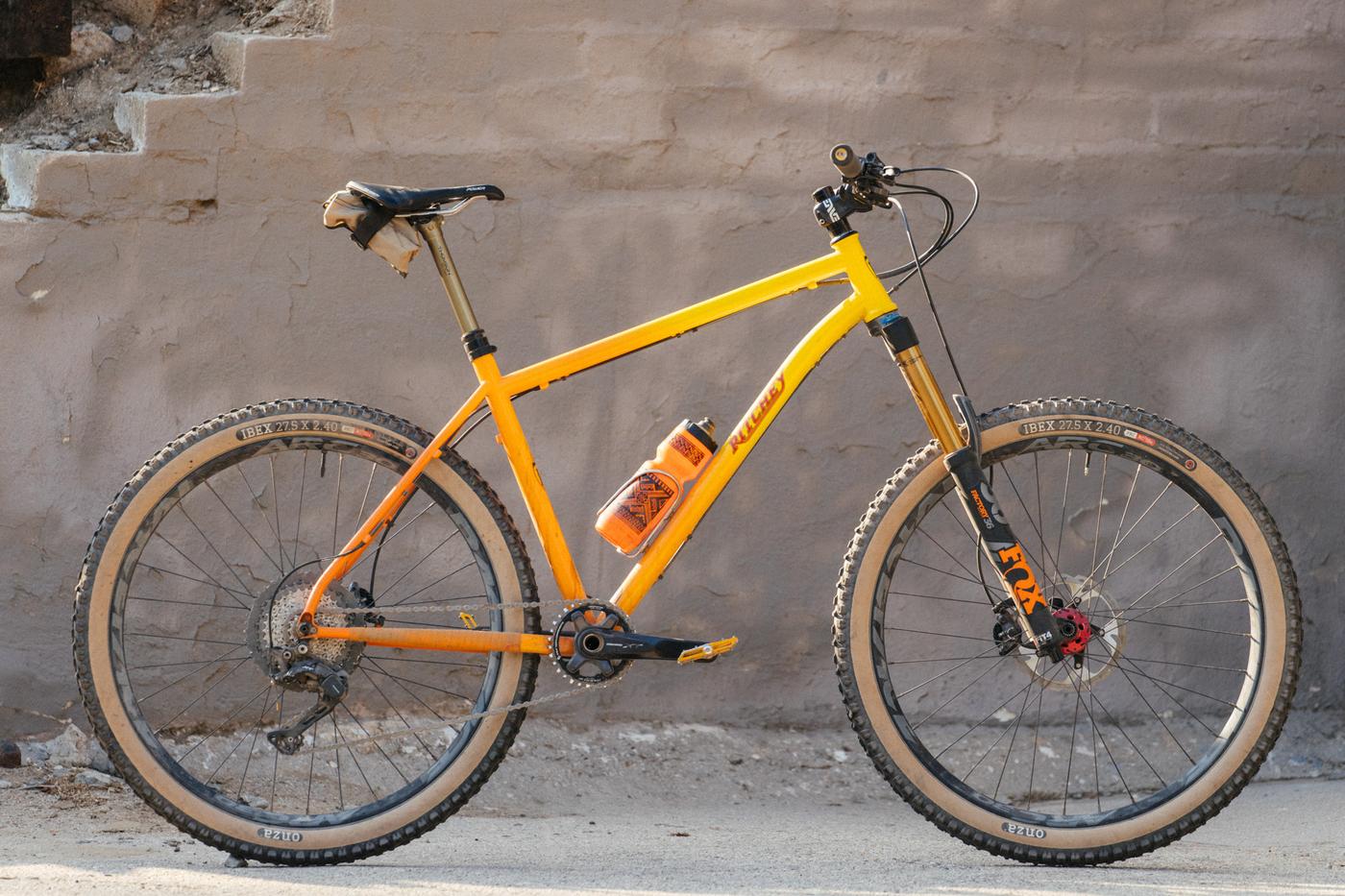 The Timberwolf is a very popular hardtail option, I reviewed one and loved it. I know a number of you have these bikes, so share them in the comments.