While there are a few new components on this build, he scored a lot of the parts from various swap meets. That old Chris King headset? Swap. That Moots seat post? Swap. That Nitto rack with the bent bracket? Swap. Rival shifters, rear derailleur? Swap. Sure, the wheels, brakes, and cranks are new, and he has plans to get the Sinewave Beacon front light, as well as figuring out what to do with a front rack. Bag or basket? 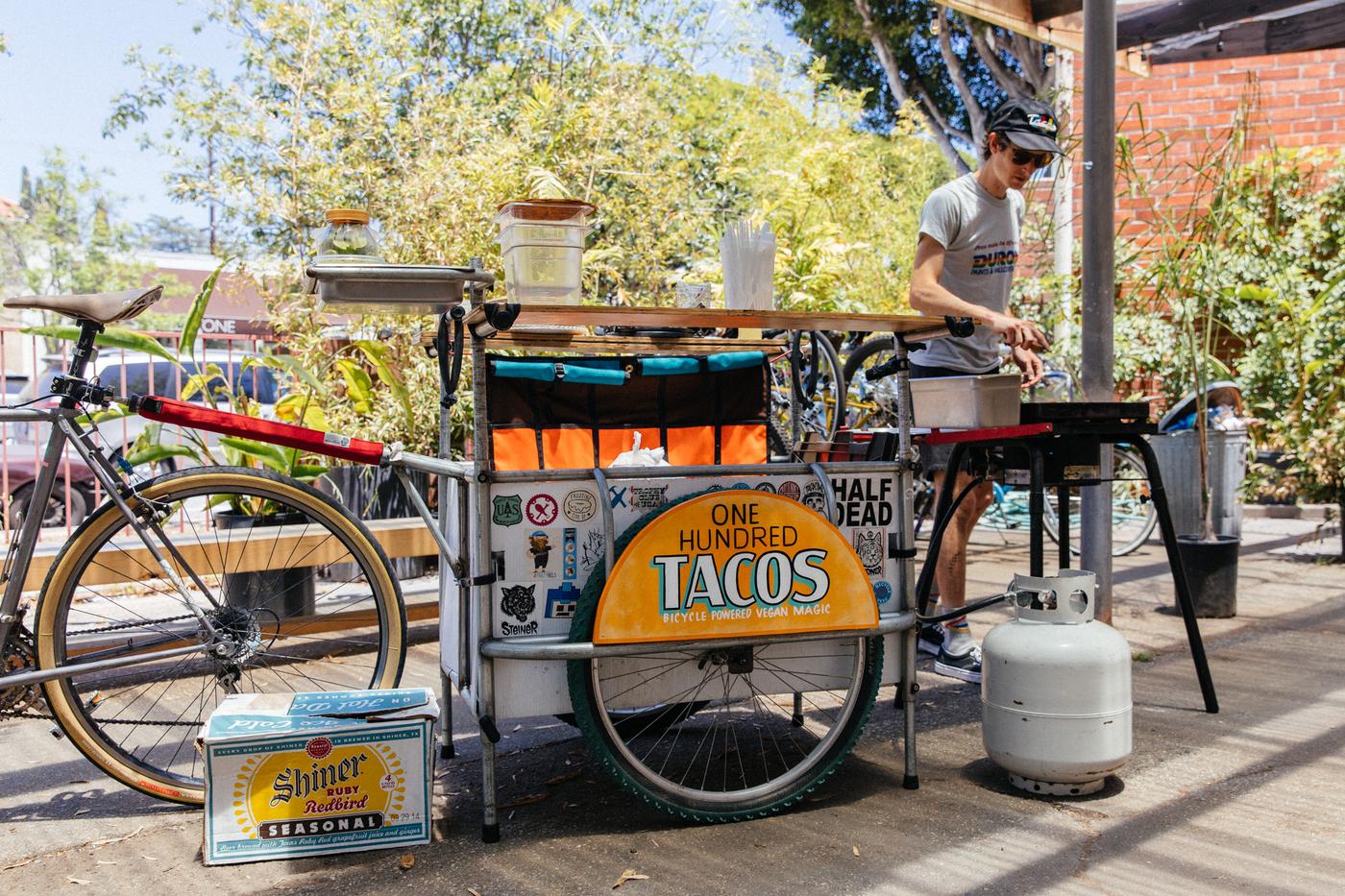 Mick does 100 Tacos in his spare time and I can’t wait to see him towing his taco truck trailer with this beauty!