My Firefly with WTB Byway Road Plus Tires and Ci24 Wheels 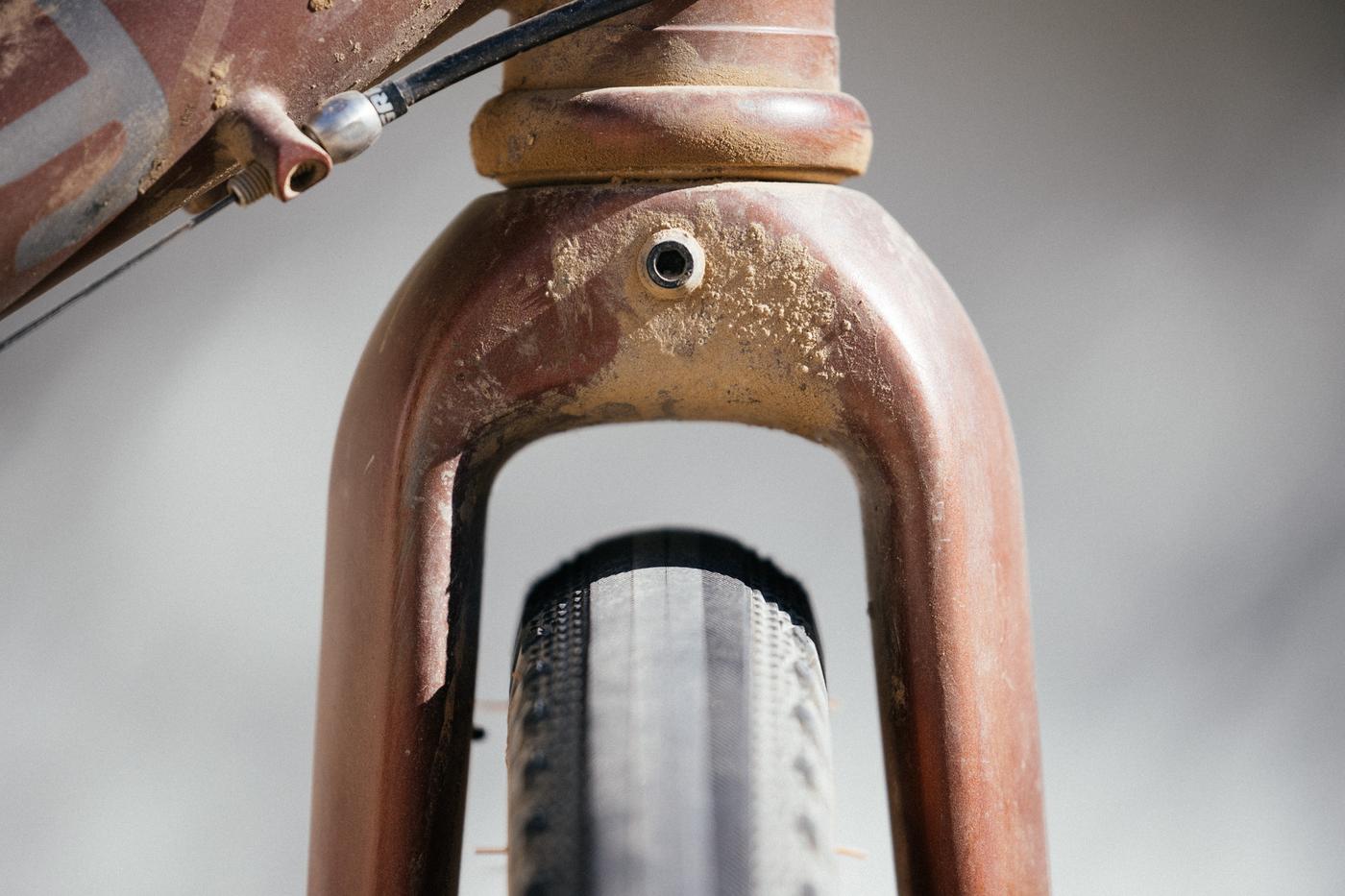 What the Hell is Road Plus?

Disc brakes made it easier to go from 700c, to 650b and 26″ wheels, on all the same frame, as long as your clearance allows for it. As previously stated, there are now more options than ever for various tire sizes and diameters. While I don’t particularly care for new nomenclature or standards, it makes sense to me, both in terms of functionality and ride quality. As long as you’ve got a lightweight and resilient tire, the ride experience is quite nice. 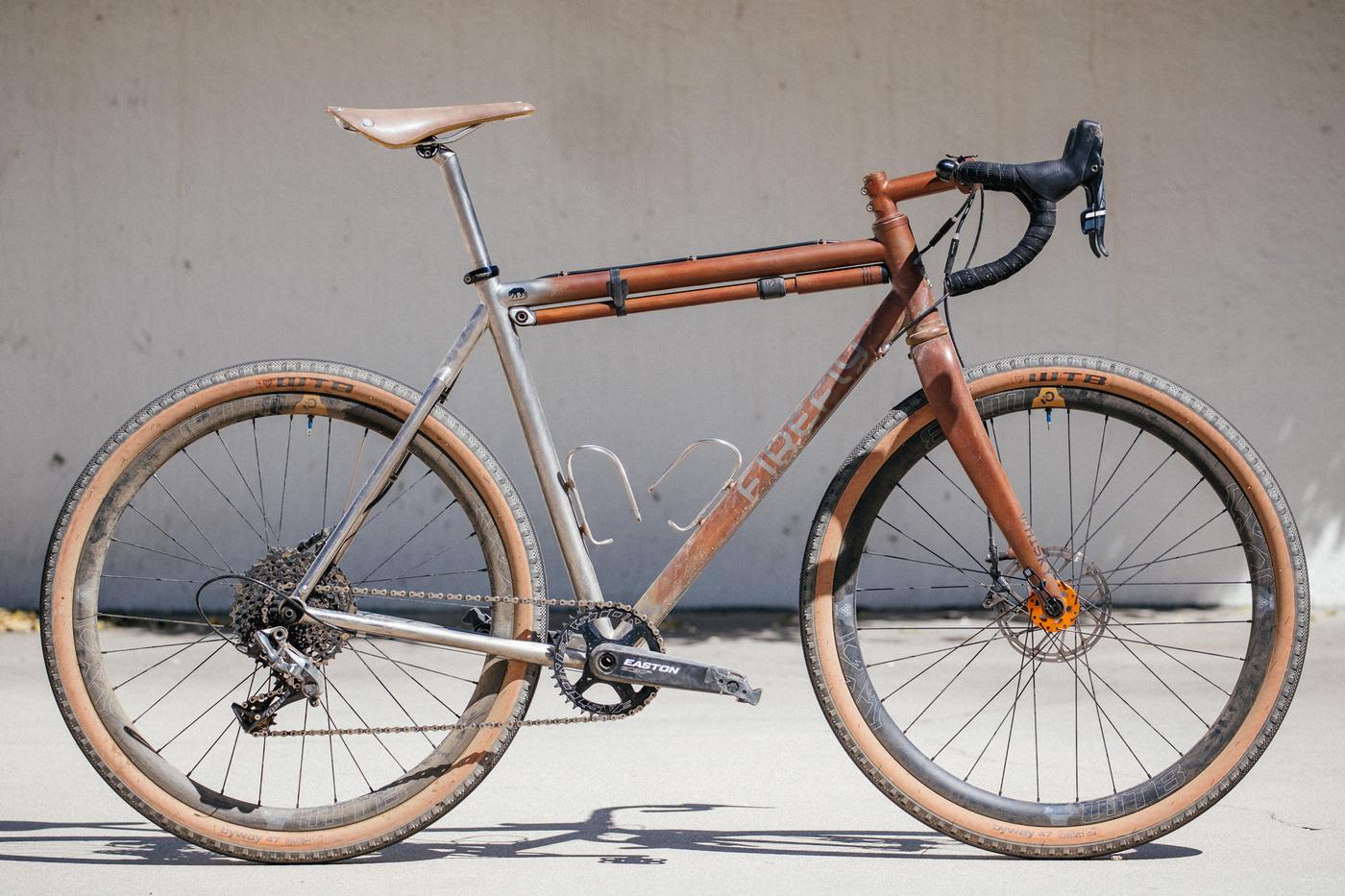 It’s Byway or the Highway

WTB describes the Byway as “Staying true to its road usage, a slick centerline borders angular hatching to keep everything smooth on sections of pavement. Intermediate, diamond-shaped peaks provide steadfast traction under power, while consistent and more substantial side knobs extend down the side to protect it against ill-intentioned rocks or gashes while exploring new areas.”

I’ve found this to be true and the WTB Byway has made it through extensive riding on both smooth and rocky fire roads. Most importantly, the tires don’t feel slow or sluggish while riding to the dirt roads or trails and are resilient enough to survive the occasional debris found on urban roads. In short: the Byway rides like a road tire when it’s on road and still handles with confidence off-road. 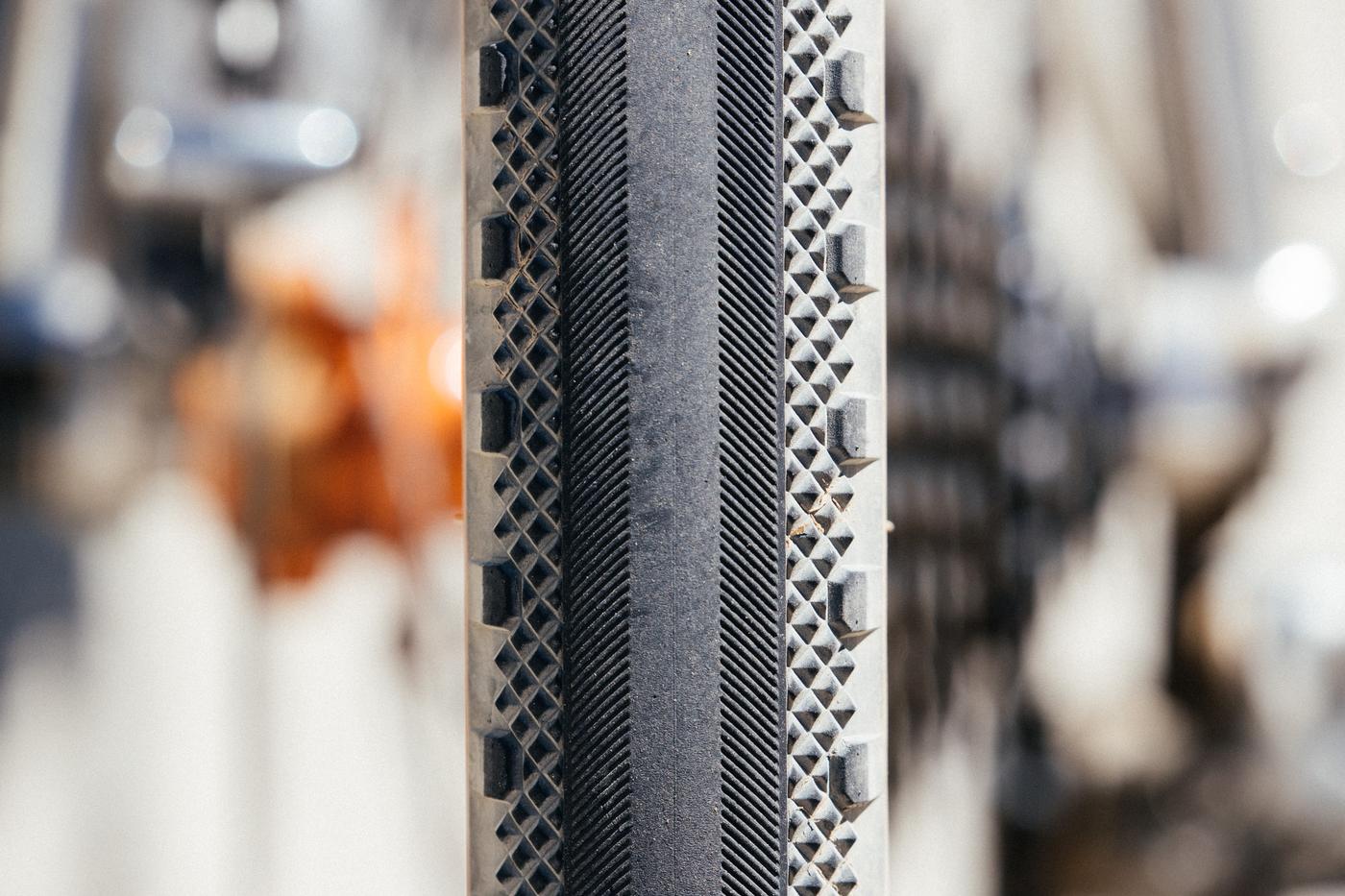 Grip it and Rip It

I didn’t want to believe the side tread on the Byway tires would make a difference but oh man do they ever. After riding high-volume, supple, slick tires all winter, putting the Byways on this bike made me realize how much grip I had been missing out on, especially when it comes to steep and loose corners. A good test is the common skid. If your bike slides out easily with a tire, chances are, it’s going to slide out unintentionally from time to time. When skidding these tires, it was harder to slide the rear end around. The Byways really did make a difference off-road and since the center tread is slick, riding on sealed roads doesn’t feel sluggish. 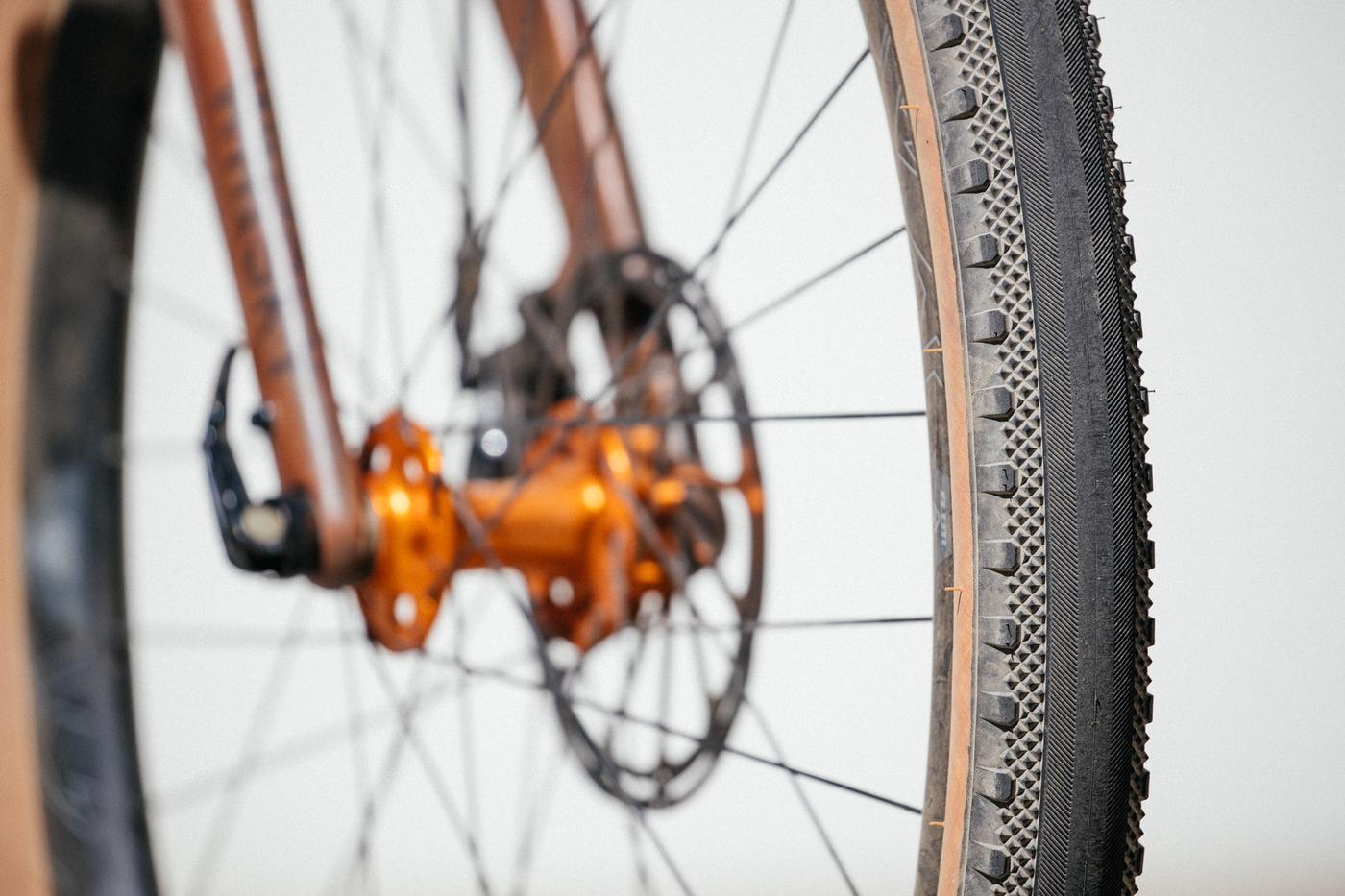 Over the years, there have been numerous new tire models offered to consumers. Many of which are slicks, promoted as “off-road capable” while remaining supple enough to still feel great while riding on sealed roads. I’ve found this to be mostly true, but one compromise is evident: if a tire feels supple on sealed roads, it’s probably going to be less-resilient off-road, especially in rocky terrain. Without going into specifics, I personally prefer a tire that is going to survive a long ride, off-road, than one that’s going to feel supple while riding to the long, off-road ride. So far, the Byway has been the best all-rounder I’ve used, in the 650b wheel size. 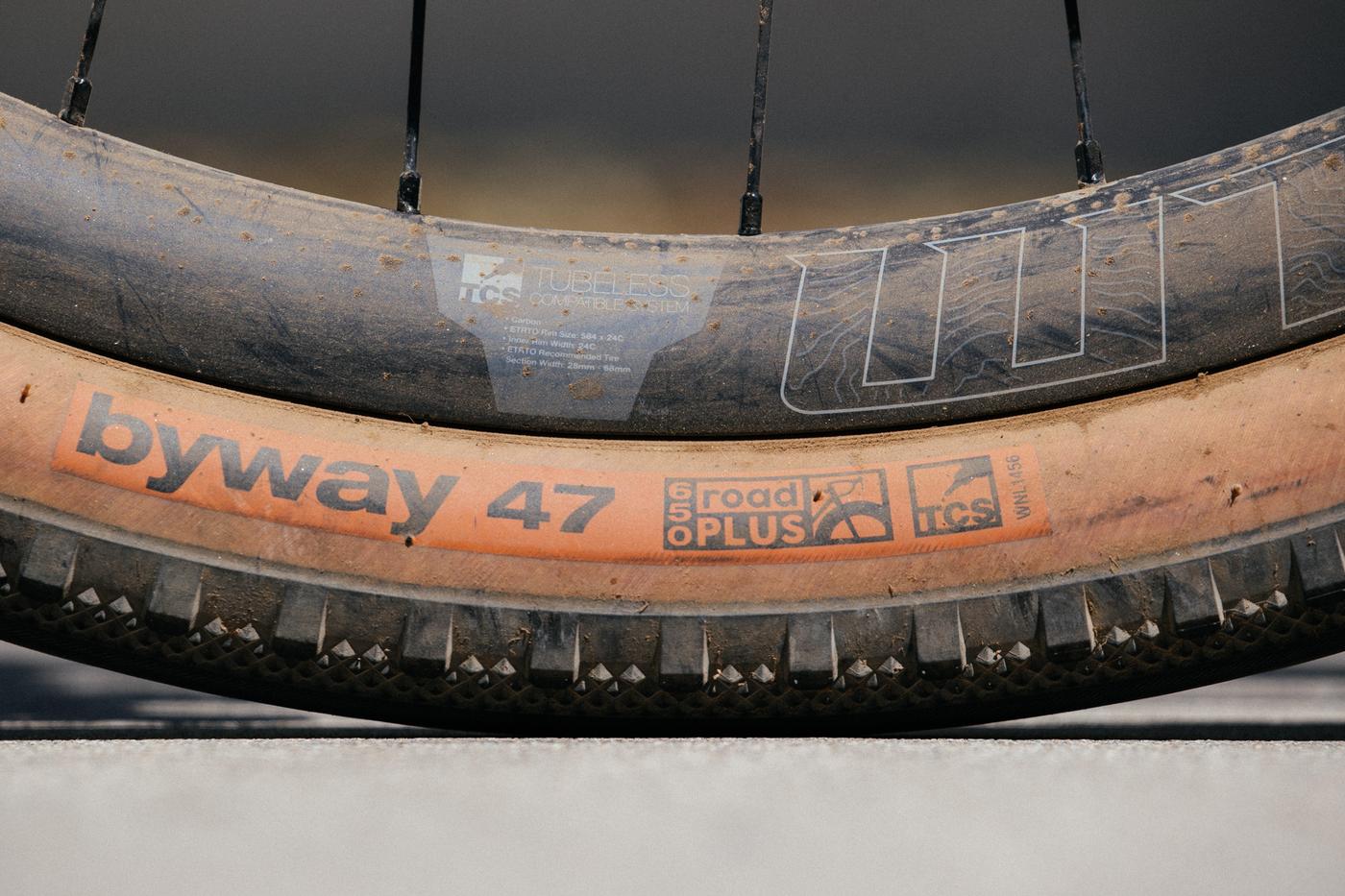 The Byway and WTB’s “road plus” rim options make for a great way to spruce up your favorite disc brake bike. I’ve been really fortunate to test a number of wheels and tires on this bike and I have to say, this is my favorite to date. If your frame will fit a similar setup, give it a try, you might really enjoy it.

The Byway tires are available in one color, in one size and are $67.95 at WTB or your local bike shop.