These races are no joke either! The XC is a super challenging 29-mile point-to-point course. It starts with a brutal fire road climb, but it’s totally worth the suffering because you end up descending more vertical feet that you climbed—and the descent is over some seriously rowdy, rocky terrain with real consequences if you go down. The Downieville Downhill isn’t your typical DH course…we’re talking about a 15-mile descent that drops 5’000 feet over super techy trails with high-speed sections where you can hit over 40mph. It’s claimed to be “the longest and most demanding downhill mountain bike race in the nation,” and I wouldn’t argue that claim. Downieville isn’t just a mountain bike mecca—it’s a mountain bike proving ground. You want to test your mettle? Downieville is a good place to do it. I rolled up to the Classic with my Giro posse, and we were stoked to spend some time in one of our favorite places. Giro is a longtime sponsor not only of the race, but also the Sunrise Trail, which is the first singletrack you ride in both the XC and DH races. Our crew included people who were there for the racing, the riding, or just the river time and beer drinking—there’s plenty of that in Downieville, too. 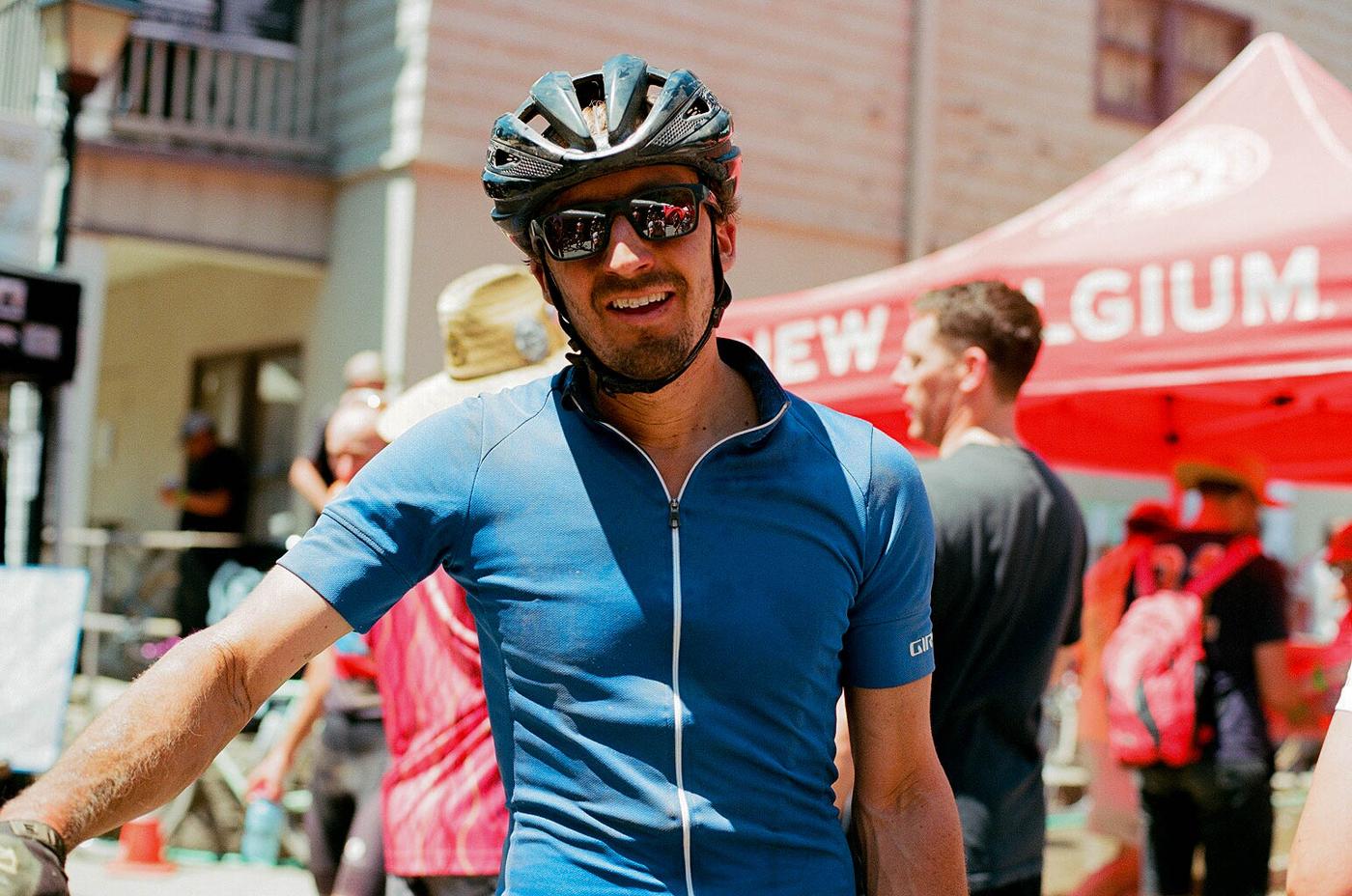 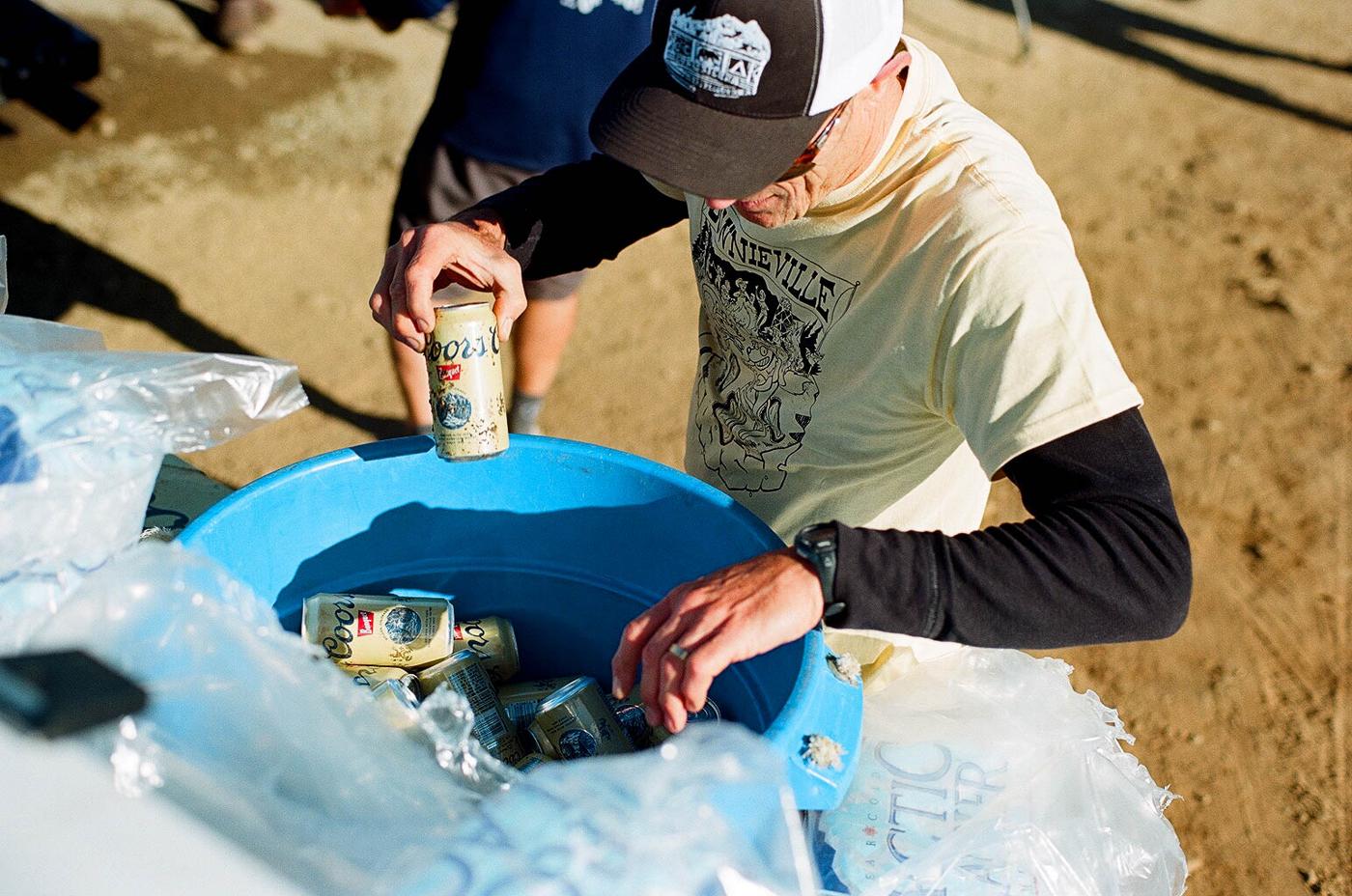 We rented a house downtown just a few steps from the venue, and when we weren’t riding the trails, manning the booth, or floating the river, we were just chilling at the house with whoever else happened to be there. That’s one of the cool things about the Classic—it turns into this big family-style event. Our house was right across the street from our friends at Santa Cruz/Juliana Bicycles, and our door was open to anybody who wanted to drop in and swap stories about the day.

We had some killer meals that we cooked as a group. 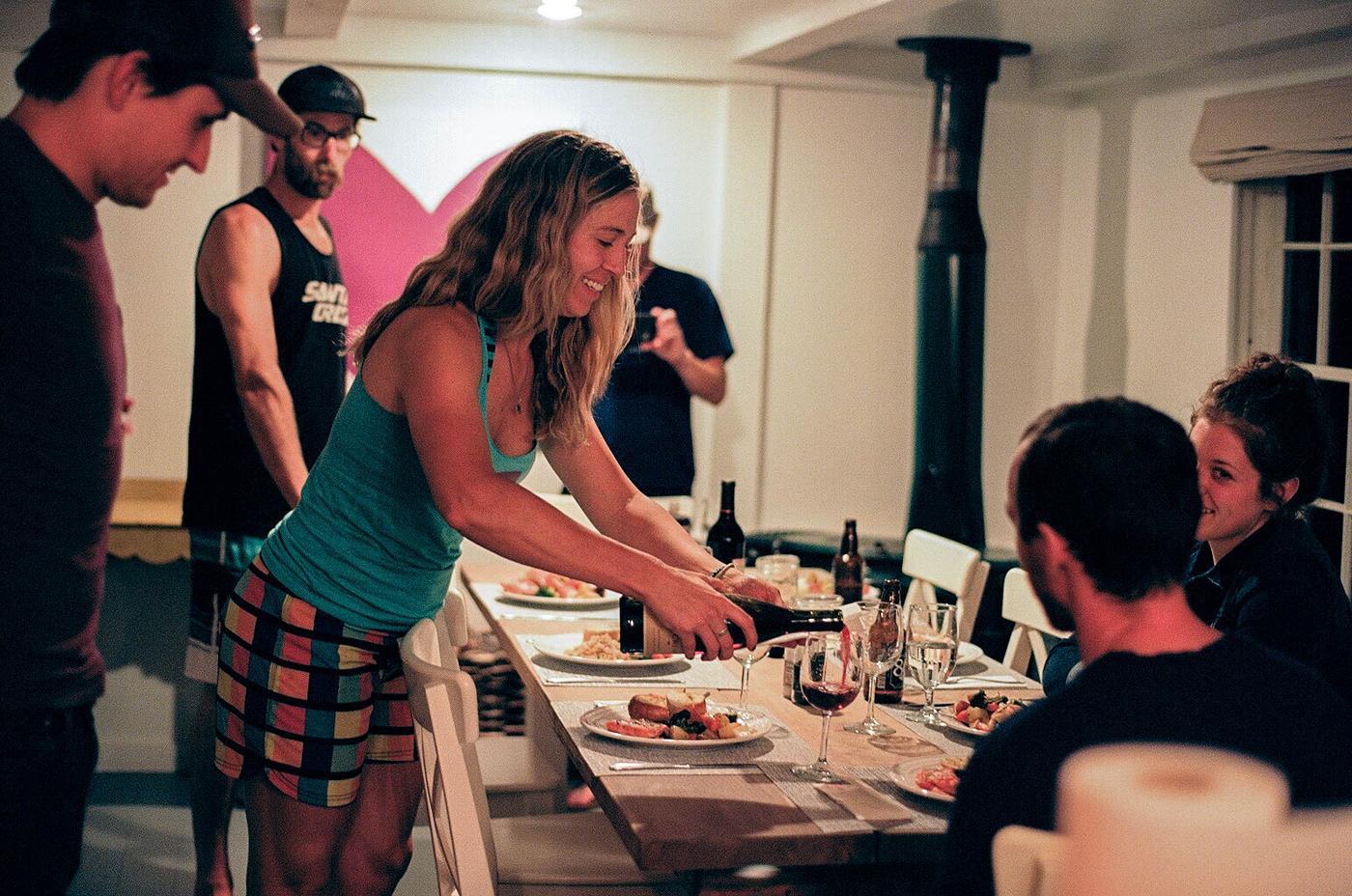 And plenty of time was spent just relaxing on the porch. It was blissful. 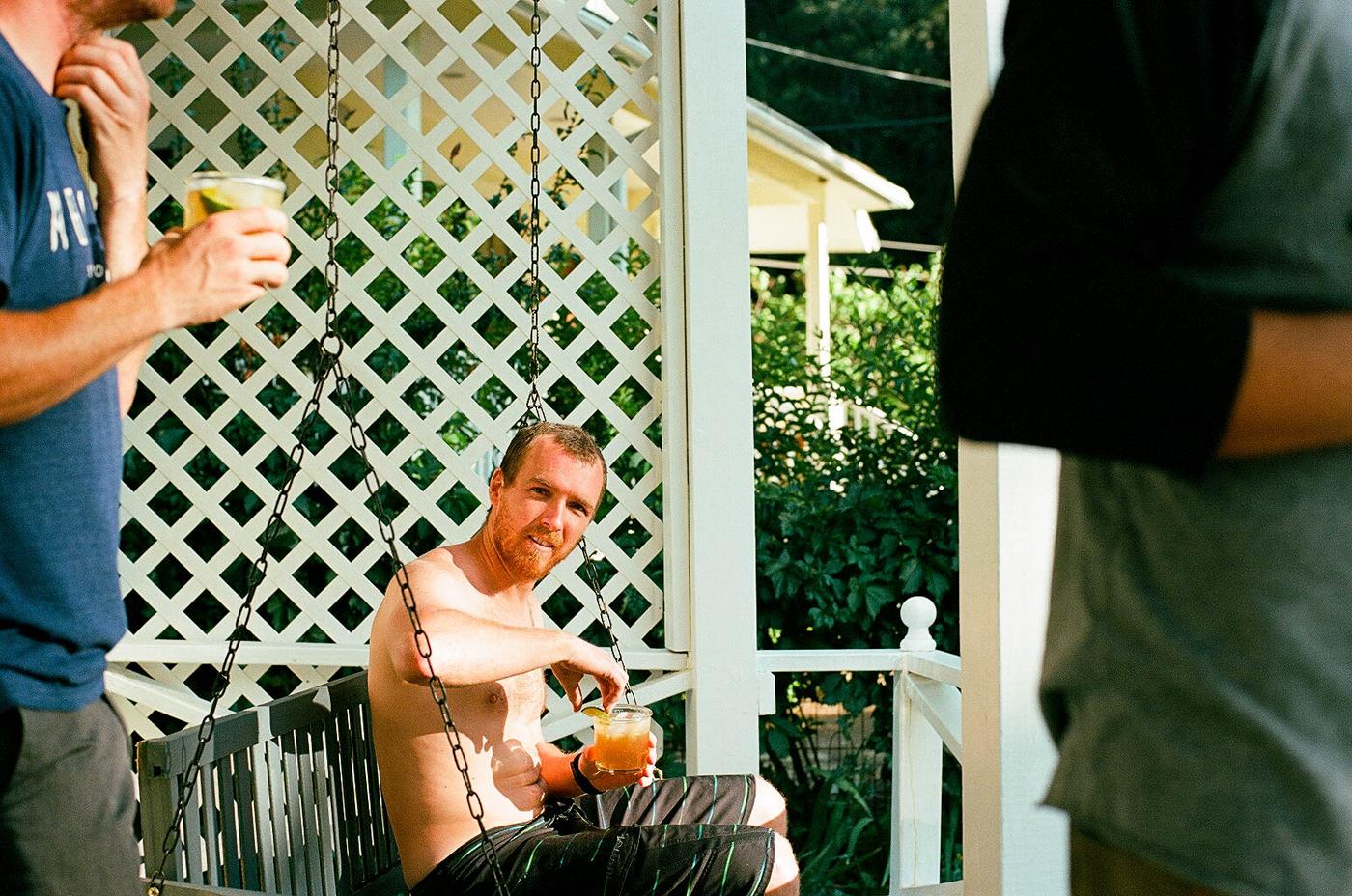 Personally, I had a bone to pick with Downieville. Last year was supposed to be my first time racing the Classic, but luck didn’t go my way. The day before the XC race, I had a pretty dramatic crash towards the bottom of the course while I was out pre-riding, leaving me with a badly dislocated shoulder and a fractured humerus. Even as I sat there broken on the trail, the only thing I could think about was how motivated I was to get redemption this year. 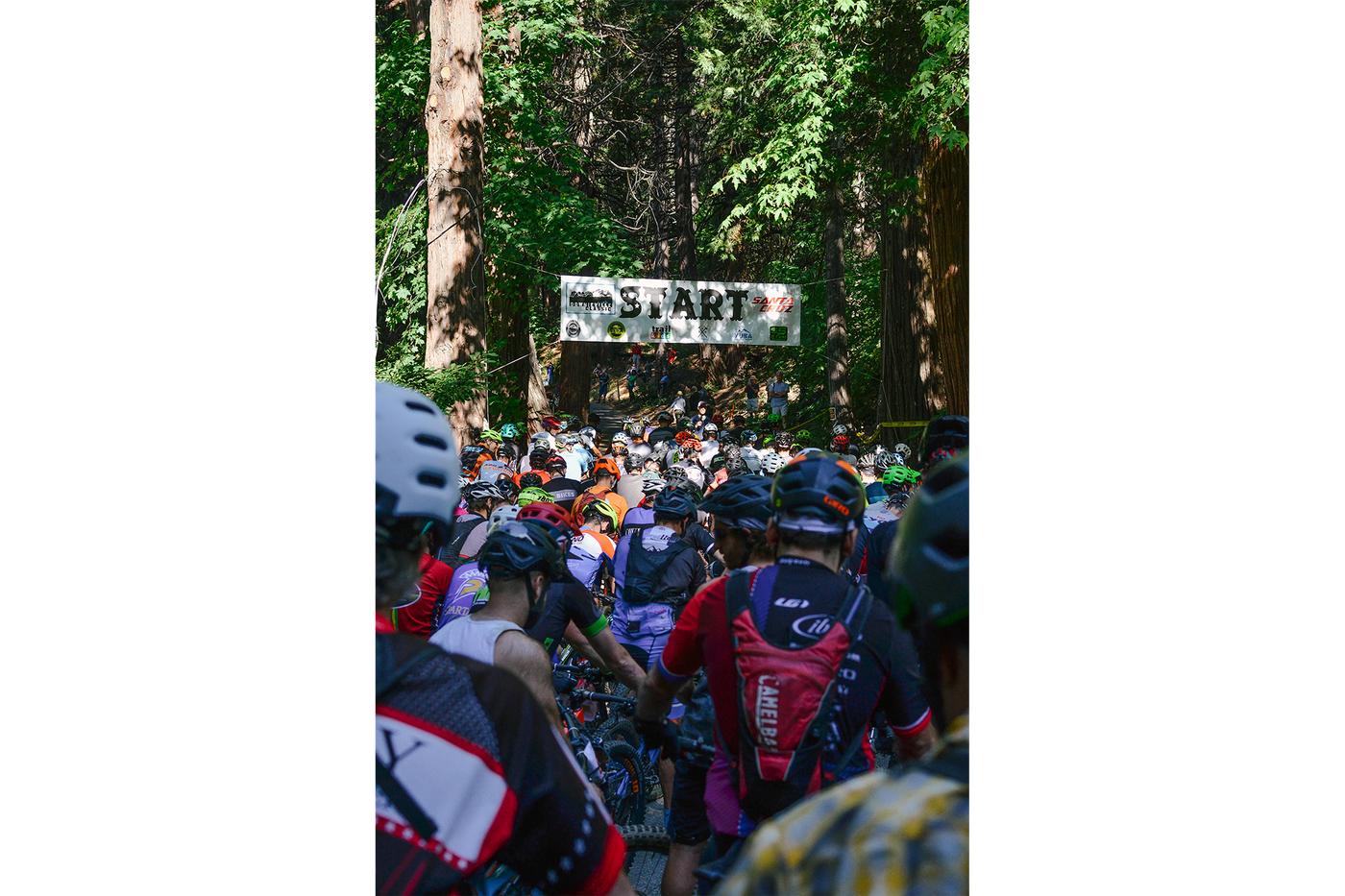 And you know what? I totally did. But it took awhile to get there! The physical aspect of the shoulder recovery was one thing, but the mental aspect was the real battle. I’ve never been a super confident tech rider anyway, and dealing with my head constantly warning me about consequences really harshed my buzz. Hesitation and timidness are your worst enemies out on the trails—especially trails like Downieville. 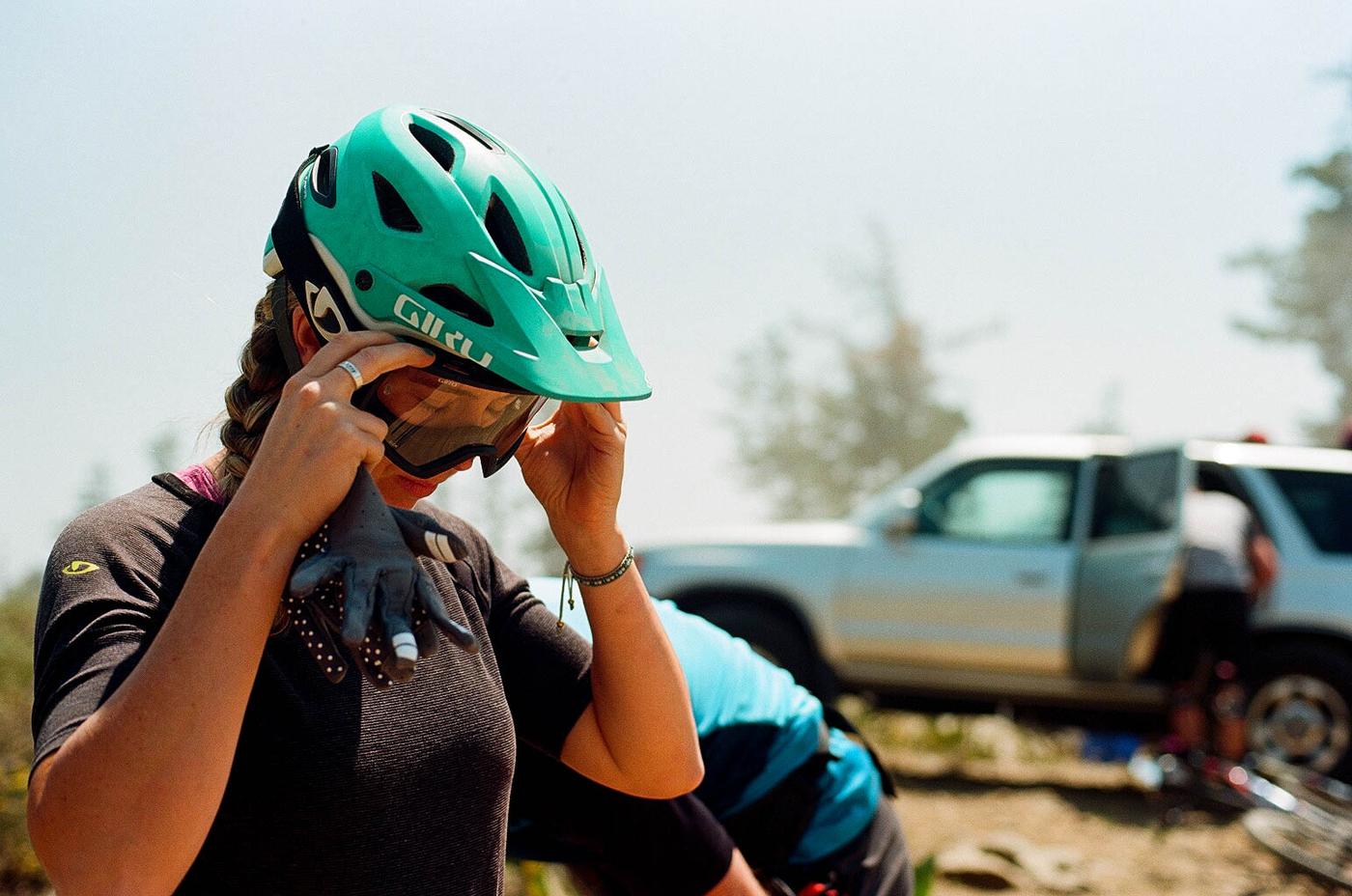 This year, something clicked. It might have been because of all the coaching and trailside encouragement I get from my awesome boyfriend Scott. Or it could have been because of all the inspiration I get from the badass Juliana girls (and they are seriously badass!). Or it might have been because I was so dang happy surrounded by good friends with the Giro crew and the entire Downieville community (they do say a happy racer is a fast racer). But something definitely clicked, and I rode my mountain bike like I never have before.

Last year, I ended up with my right arm in a sling. This year, I ended up with my right arm in the air as I nabbed a podium spot with my 4th place expert XC finish (yeah, they podium to top-4 and I’m not complaining). Not only that, but I managed to get 6th in DH, which put me 5th in All Mountain. That’s a big deal for me on those trails, and I was properly pumped. I honestly had no intentions of actually racing Downieville—I was just hoping to ride clean and cross the finish line in one piece. And luckily, I did. Unfortunately, the same can’t be said for all of us. Giro’s fearless leader Dain had a high-speed get-off in a pile of rocks that left him with a badly broken hand, bruised ribs, and even a few stitches. This happened the day before the XC race in almost the exact same section of trail that took me out last year. Man, to say that I could feel his pain is an understatement. This guy can ride a mountain bike better than most anybody I know, which only goes to show that Downieville is no joke, and it can claim anybody in a flash. I remember talking to a buddy about my crash last year, and he said, “when Downieville puts you down, it rarely puts you down gently.” Wise words. Sending all the healing vibes to Dain—I know he’s already thinking about redemption next year. 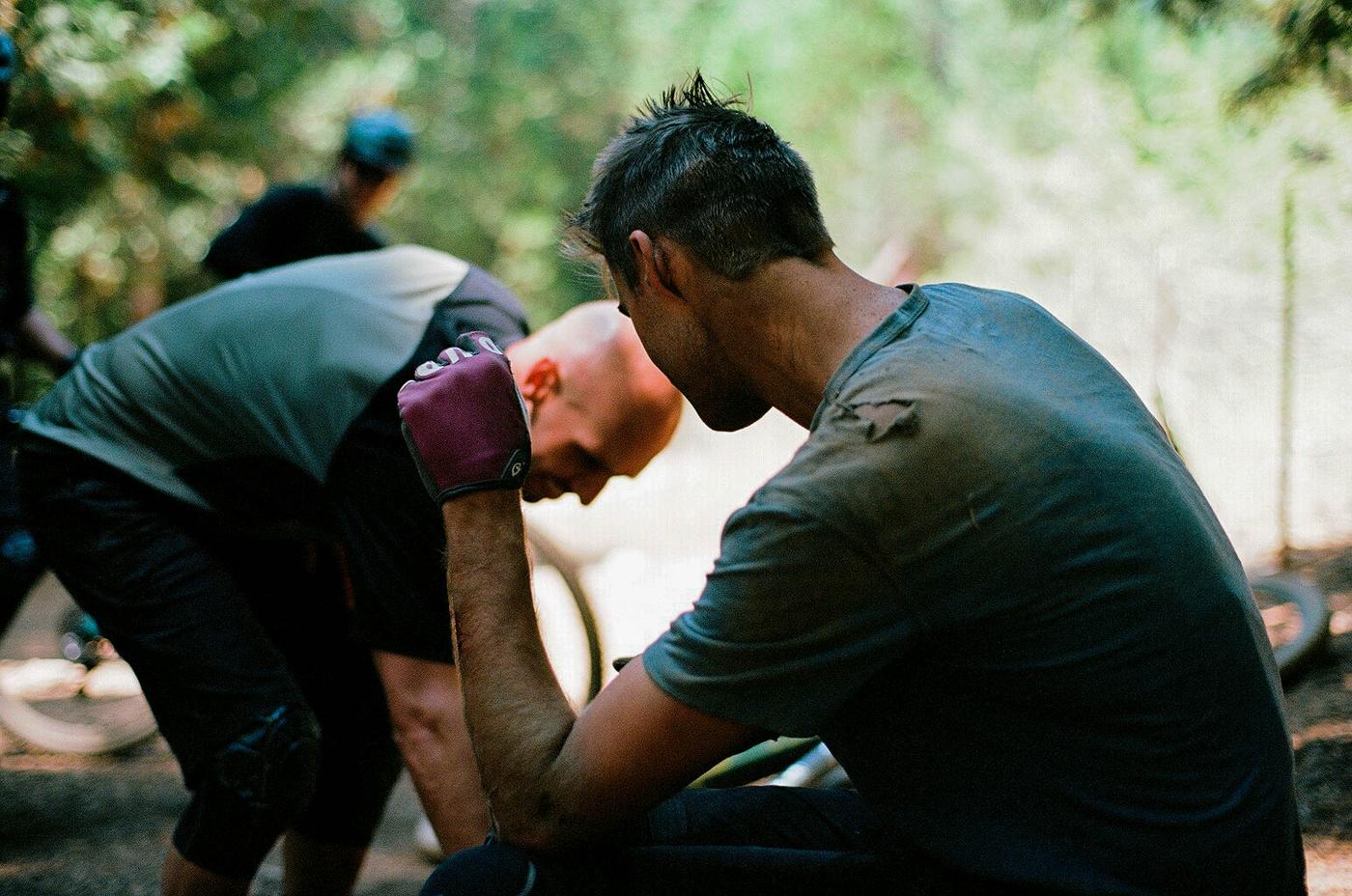 The Classic was over before we knew it, and the thousands of people that inundated Downieville left it a quiet town of only a couple hundred residents by Sunday evening. It was time for all of us to go home. And I gotta say, after a few days of wearing nothing by chamois, bikinis, and board shorts, it was pretty hard to come home, put pants on, and get back to the real world. But really, Monday wasn’t so bad. When I got to work at Giro, I saw a lot of the same faces that I just spent an amazing weekend with, and those who weren’t in Downieville were eager to hear our stories—and equally eager to tell us about their own adventures. If that’s the real world, then I’m not complaining.

But still, I sure can’t wait to get back to Downieville. 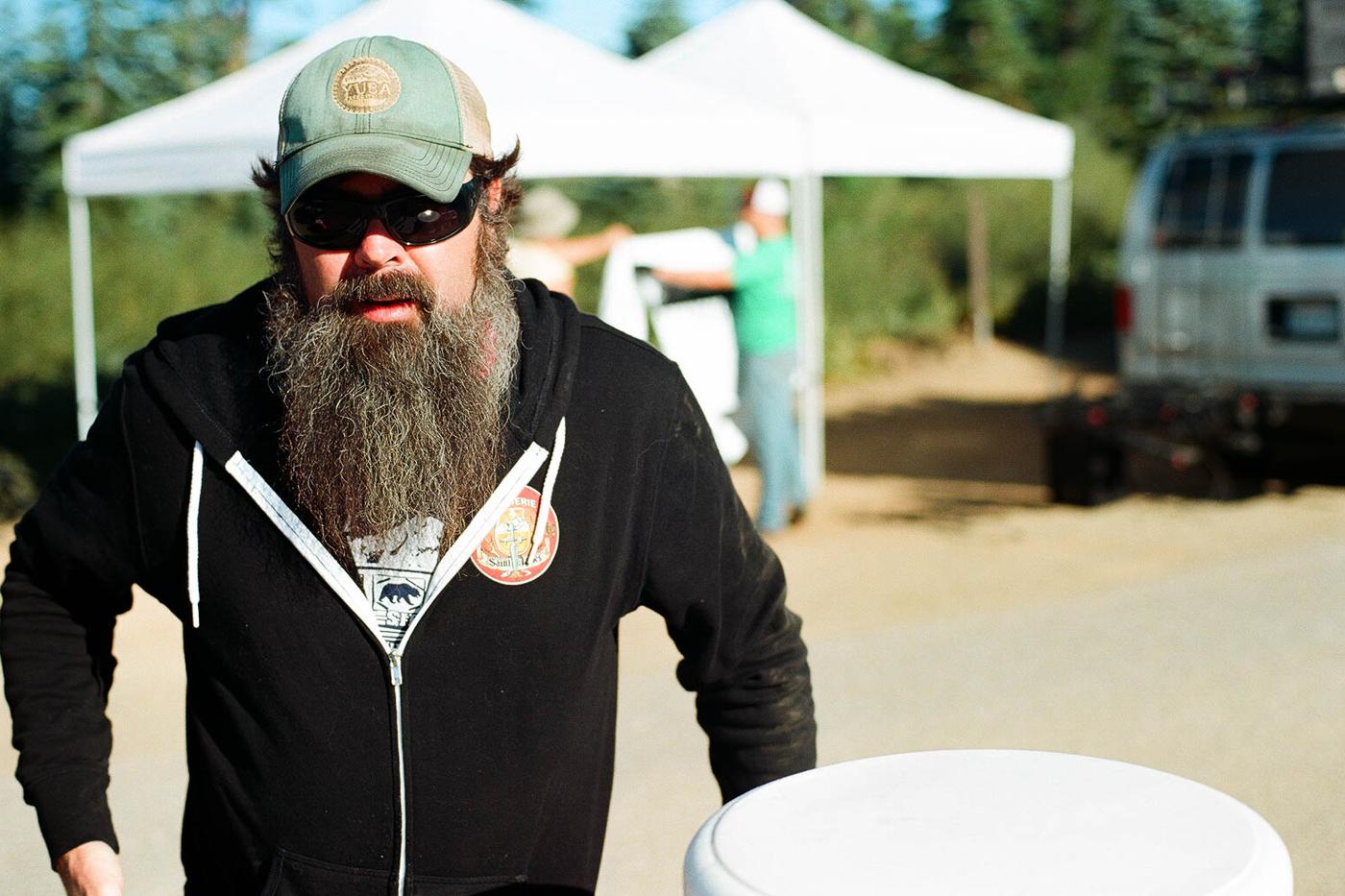 By the way, when you go, give this guy a high five if you see him. He’s the one that makes it all happen.