For this edition From the Pro’s Closet, we present the unique 1989 Otis Guy mountain bike, built with Suntour, which was displayed at the Braunstein-Quay Gallery ‘Art of the Mountain Bike’ showcase. The current owner, who is loaning this bike to the Pro’s Closet sent over the story of how he acquired this unique ride, so read on below for Eric‘s words and yes, the chain is out of alignment in the photos. John blames that on the bright sun… ;) Check out the full spread below!

I’ve got a local friend and fellow collector who knows I’m a big Otis fan. Quite a few years back through vintage MTB discussion, he mentioned that he had crossed paths with a guy who had the Otis Guy bike from the Braunstein Quay Art of the Mountain Bike exhibit.  It sounded impossible.  He happened to remember where this guy lived and on a whim paid him a visit.  As it were, the guy still lived in the same place and still had the Otis. The owner was a hoarder type with boxes of frames and bikes all over. As it were, he’d also fallen on hard times and needed money to pay debts.  After some 15-20 years in obscurity, my friend was able to buy the frame/fork/stem. The proverbial barn find.  He then passed the Otis to me, knowing I’d do right by the bike. I’m forever grateful for the opportunity to do so. 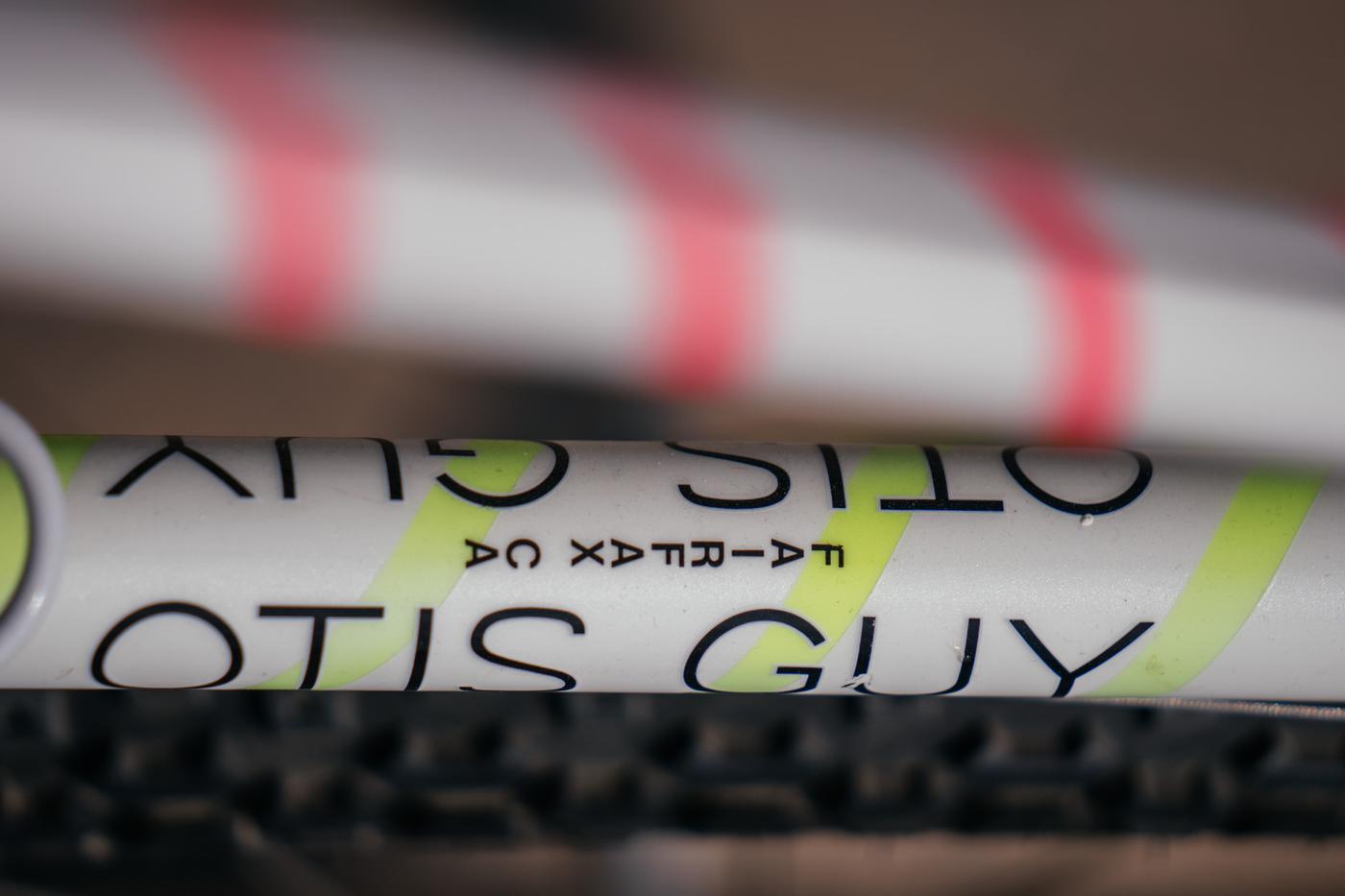 I dropped Otis a line to see what he remembered about the bike, which wasn’t a whole lot. 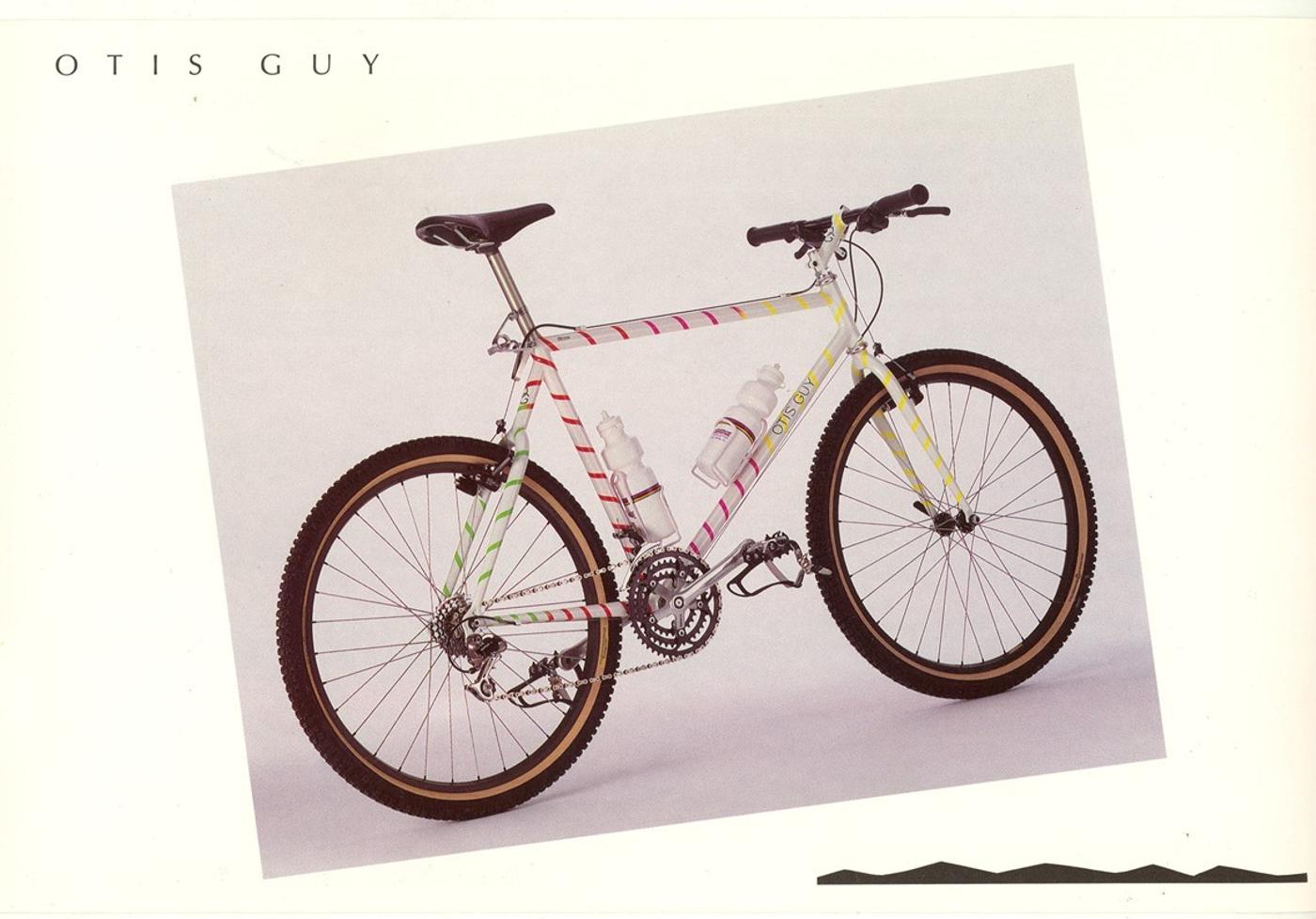 “Hi Eric, it was sold without it being ridden, I used a steeper head tube and shorter rake fork, wishbone rear end, and candy stripe paint job by D&D Cycles. I am sure I rode it around to check out the gears but nothing other than that. I believe it was sold through Palo Alto bikes. It had the newest Suntour parts on it for the art exhibit” 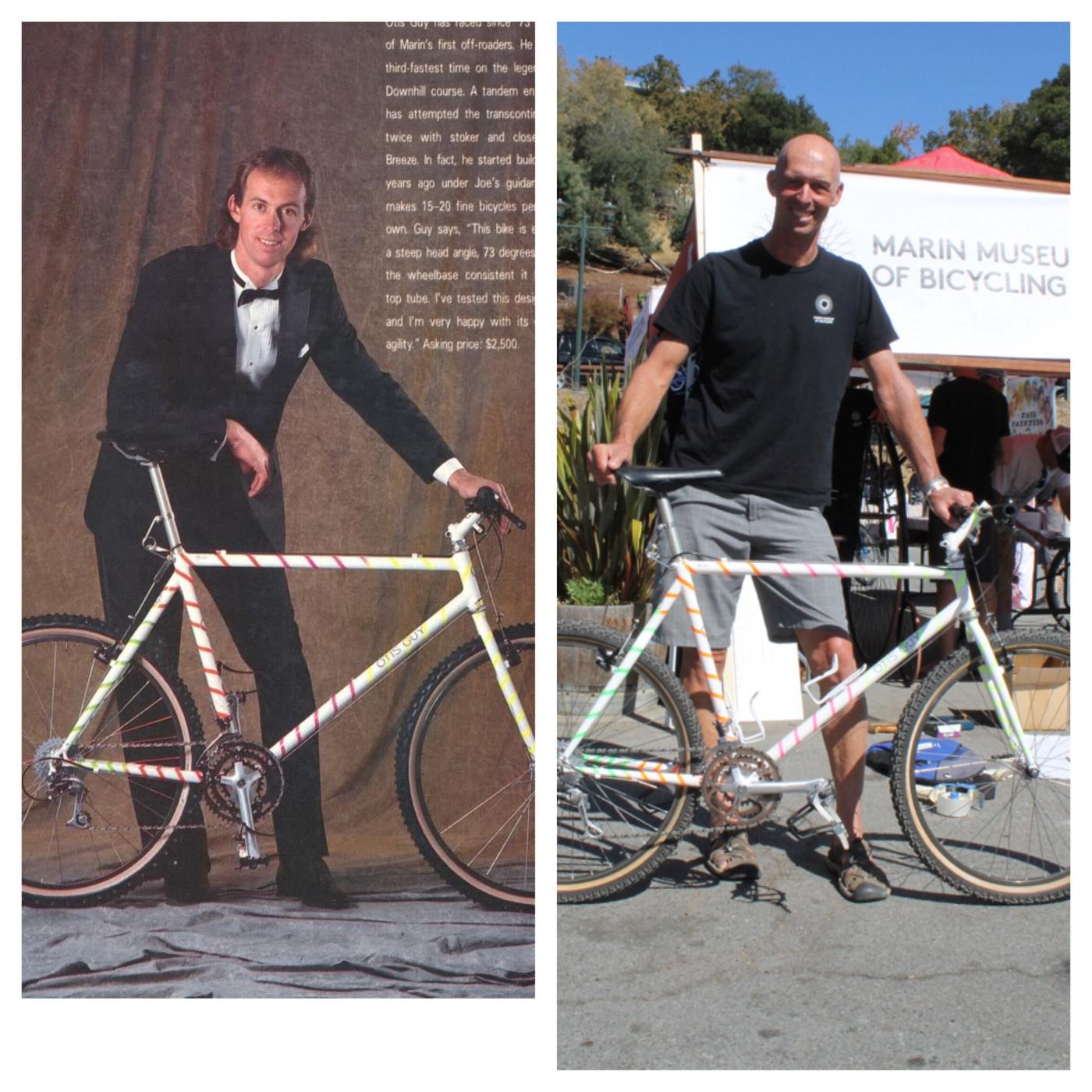 Who knows who bought it out of Palo Alto bikes (most Otis Guy bikes sold out of Sunshine in Fairfax), but it’d definitely seen some use. It’s possible the previous owner was the second person to own it and was ultimately stashed away as the frame/fork/stem. 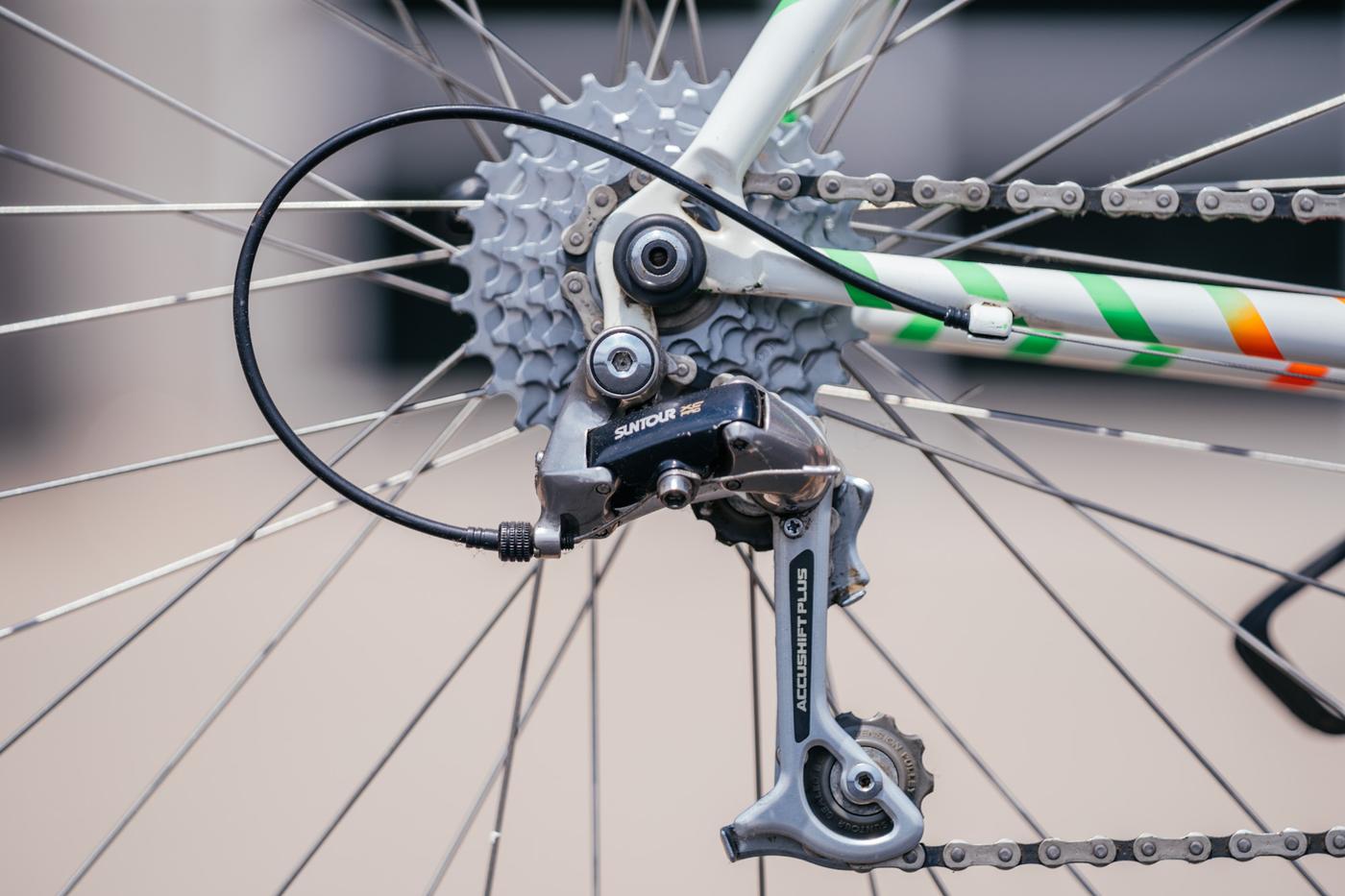 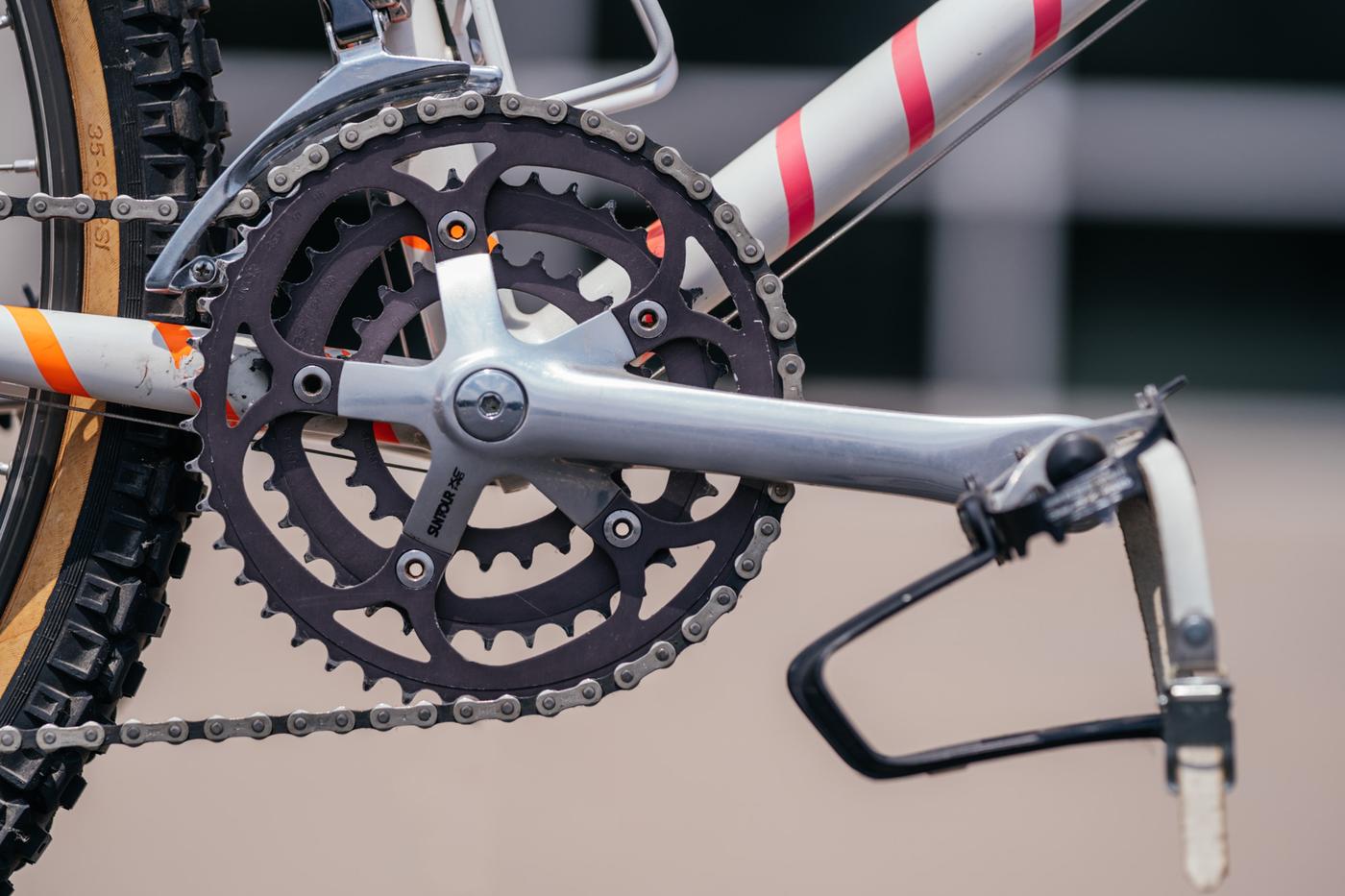 It took me several years to track down all the parts based on the few photos of the bike that exist. I finished the bike in 2014 and took it up to Marin for the Fairfax Fat Tire Festival.  I had Otis pose with the bike at that time. 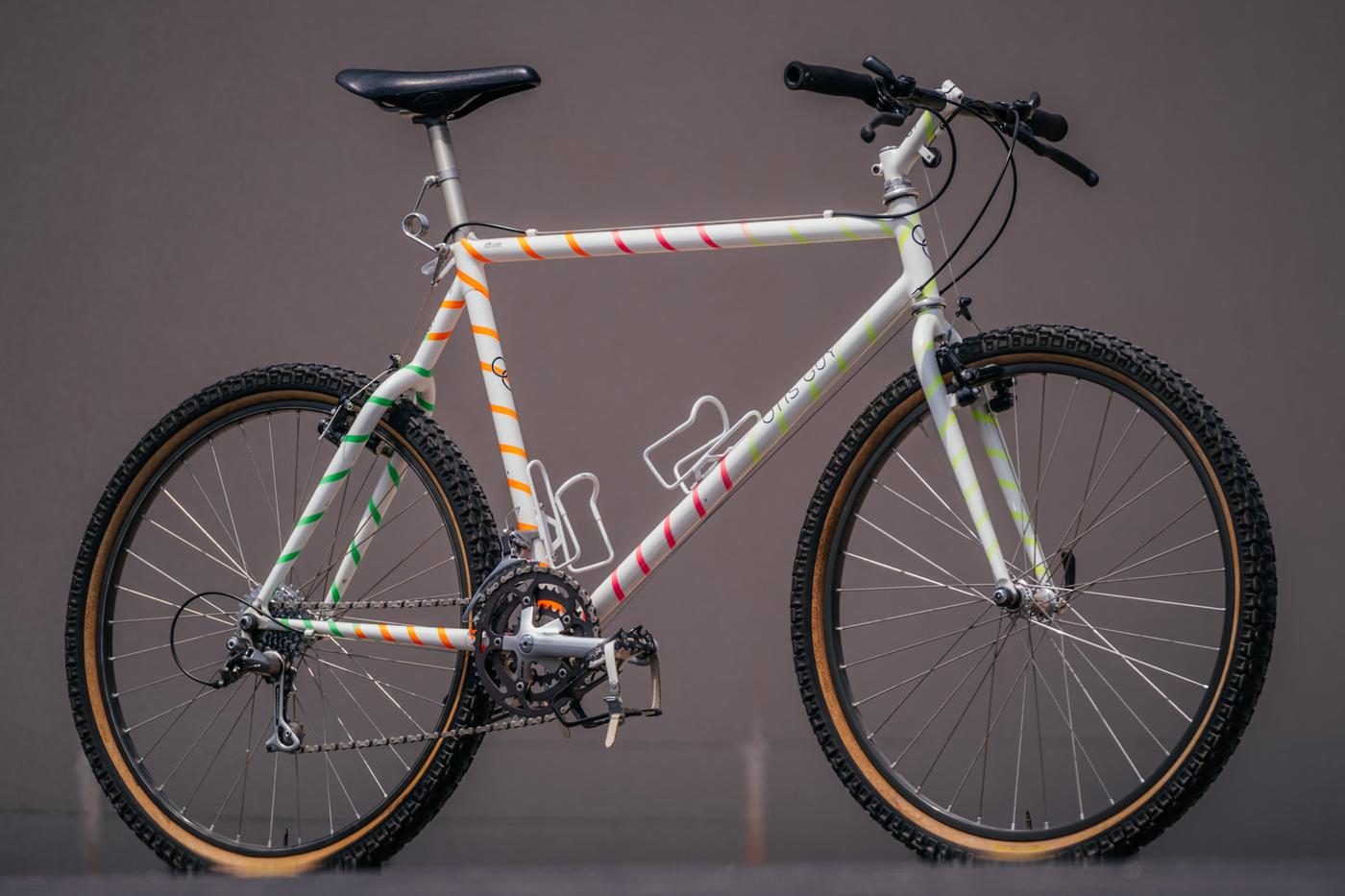 After that, I sent it off to Nick and The Pro’s Closet to be put on display.

This Otis Guy is on display in the main office hall at the Pro’s Closet in Louisville, Colorado. Many thanks to Eric for sharing the story of this truly amazing bike!