Switchback upon switchback on the climb up Haleakalā. Cloaked in a thick, grey mist, a foreboding mood fell over our descent into the crater. We didn’t know if we were going to get skunked on the views we were anticipating, and whether this walk in the clouds would turn into a death march when we turned around to climb back up the 2,500 feet from the basin at the bottom of the crater.

Hanging mist turned to light rain and the views never really opened up on our descent – but the experience was unforgettable nonetheless. When I’m inspired by my surroundings I tend to snap a lot of photos, and Stephanie was pretty far ahead by the time we reached the basin. With the drop in elevation came more plant life, including the endemic Haleakalā silversword, and it truly felt like we were on another planet. Our turnaround point at four miles was pretty much underwhelming from inside a cloud, but I don’t doubt it’s absolutely epic in any other conditions. Yet almost as soon as we started back uphill, my wetted out down swapped for GoreTex, the clouds began to break, and the views we’d missed on the way in unveiled themselves one by one.

It’s as if we spent the entire descent staring at the ground in front of our feet, or at least at things that weren’t more than a stone’s throw away. So, when the expansive views from inside the crater opened up, you’d better believe it was special. Sunlight muted by atmosphere, windows of cliff faces and cinder cones opening and closing, the other world became something entirely different. 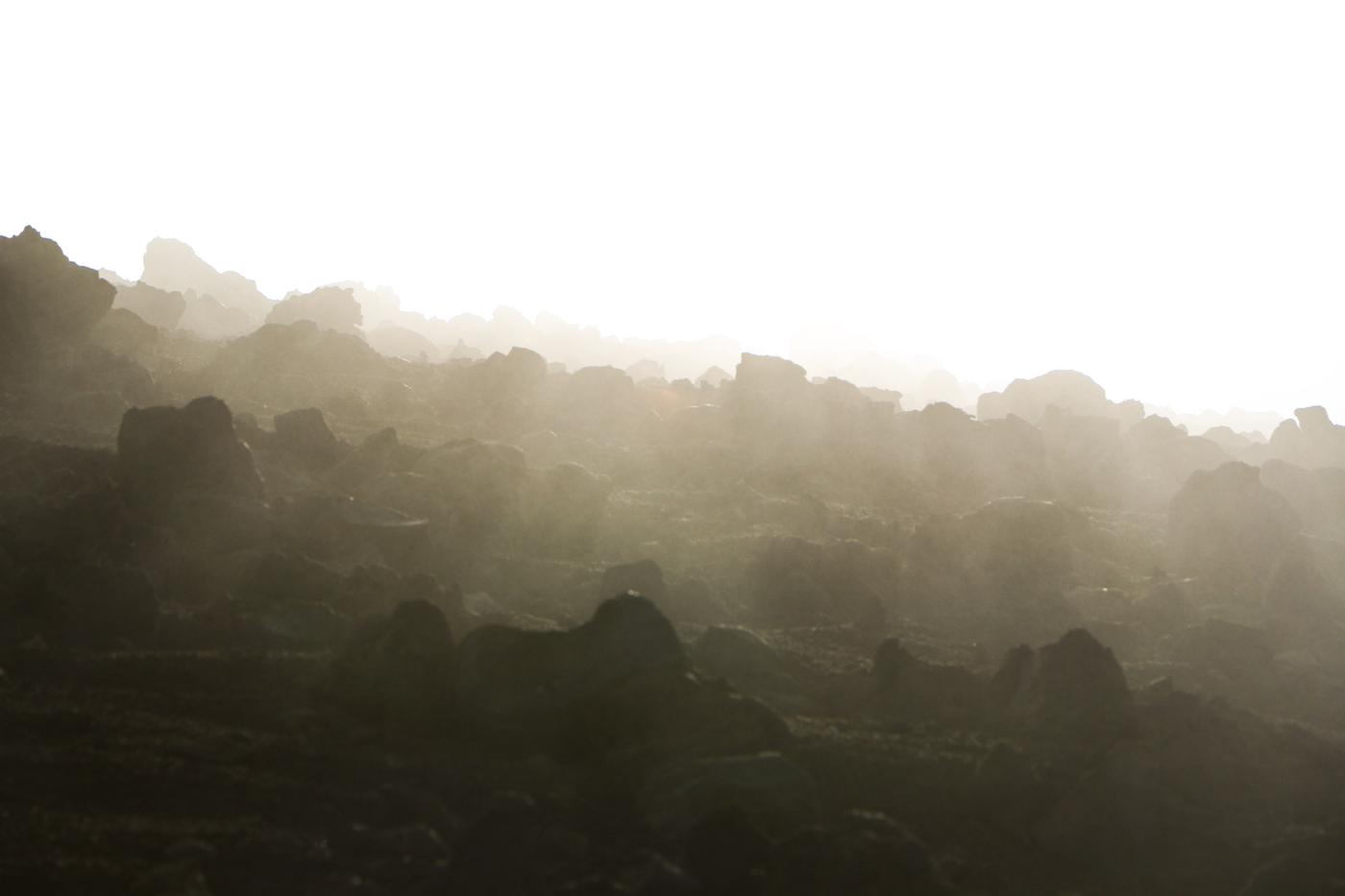 Most people walk a few hundred feet and watch the sun go down from the summit, but there’s definitely a lot more to explore in Haleakalā. As I said in the intro to the Hāna story, if you find yourself on Maui, be sure to get out into the backcountry and see if you can arrange an overnight in the park. Just make sure you bring lots of layers and plenty of snacks!