The Yo Eddy is perhaps one of the most iconic mountain bikes. With its Chris Igleheart-designed segmented fork, big tires, and yeah, bright colors, the Yo Eddy left its mark across generations. Today we’ve got a super clean 1990 Fat Chance Grello Yo Eddy from The Pro’s Closet Museum with words by the wonderful Mike Wilk and photos by the ever-talented Joey Schusler… 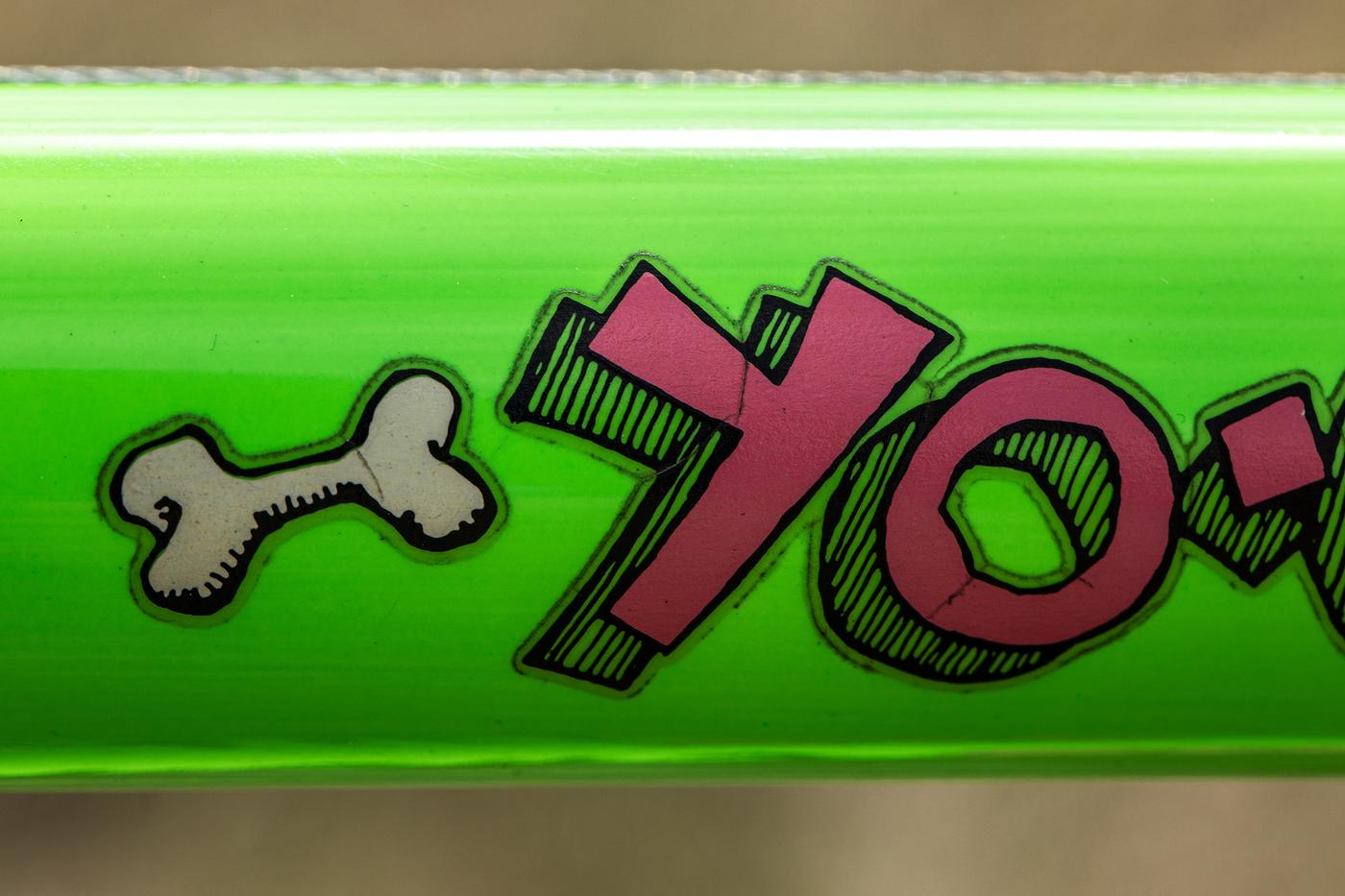 If you met someone who lived in New England in the ‘80s and ‘90s, and they told you they had a “Wicked Fat Chance,” that meant one of two things: Either they didn’t like the Red Sox’s chances at the pennant, or they were referring to a mountain bike. The name “Fat Chance” is synonymous with East Coast mountain biking and its counter-culture approach to frame design and riding.

Fat Chance was, to put it simply, a cult, born and bred in the New England mountains. “Fat Cogs,” as owners called themselves, gathered regularly to tell campfire stories of how Chris Chance, through various mystical spells and incantations, conjured ultra-short chain stays and crazy-steep frame angles to make bikes that could climb unclimbable hills and tame even the tightest woodsy singletrack. In the late ‘80s and early ‘90s, if you showed up to a shop ride on a Fat Chance, your cred was immediate and your wheel was coveted.

Fast forward to October 1994 at the Fat City Cycles factory in Somerville, Massachusetts, a day Chris Chance and wife Wendyll Behrend hoped would never come. Things were bad, real bad, and the utilities company arrived to shut the power off. Chris and Wendyll wrote their last bad check. Fat City employees had been leaving for weeks and production all but halted. Things went dark, literally and figuratively, and everyone was left feeling it was over before it ever really began. How did this once-beloved brand rise so high and fall so far in such a short period of time? 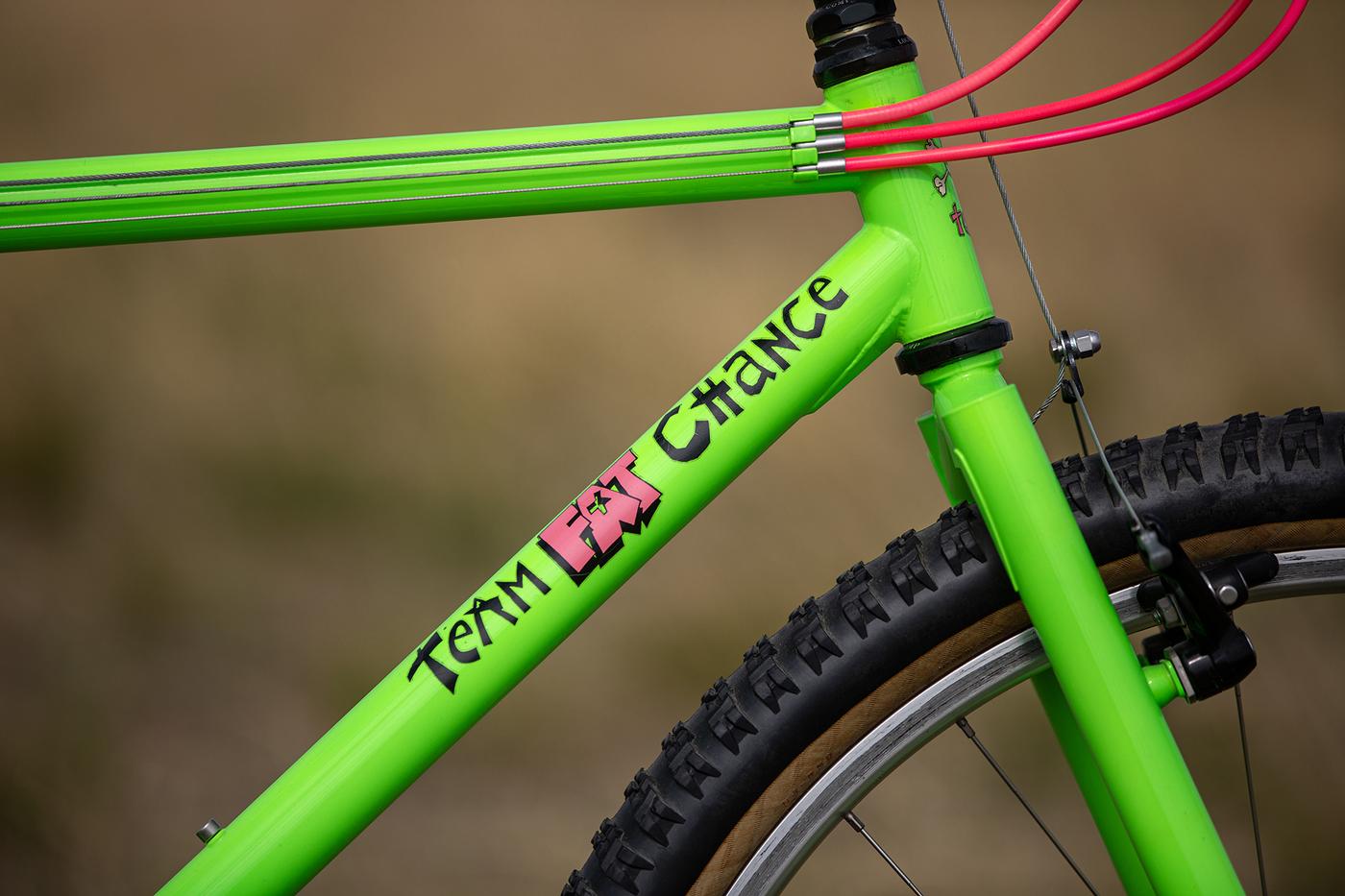 The history of Fat City is well documented, so for now I’ll stick to the facts and be quick about it. Fat City’s origins begin in the early ‘70s at the short-lived Witcomb USA, the American offshoot of the London-based framebuilder Witcomb Cycles, which had been making custom road racing frames for 70 years. Witcomb USA produced a who’s-who of upstart New England framebuilders: Richard Sachs, JP Weigle, and Ben Serotta all worked at Witcomb, as well as a young but eager apprentice named Chris Chance. 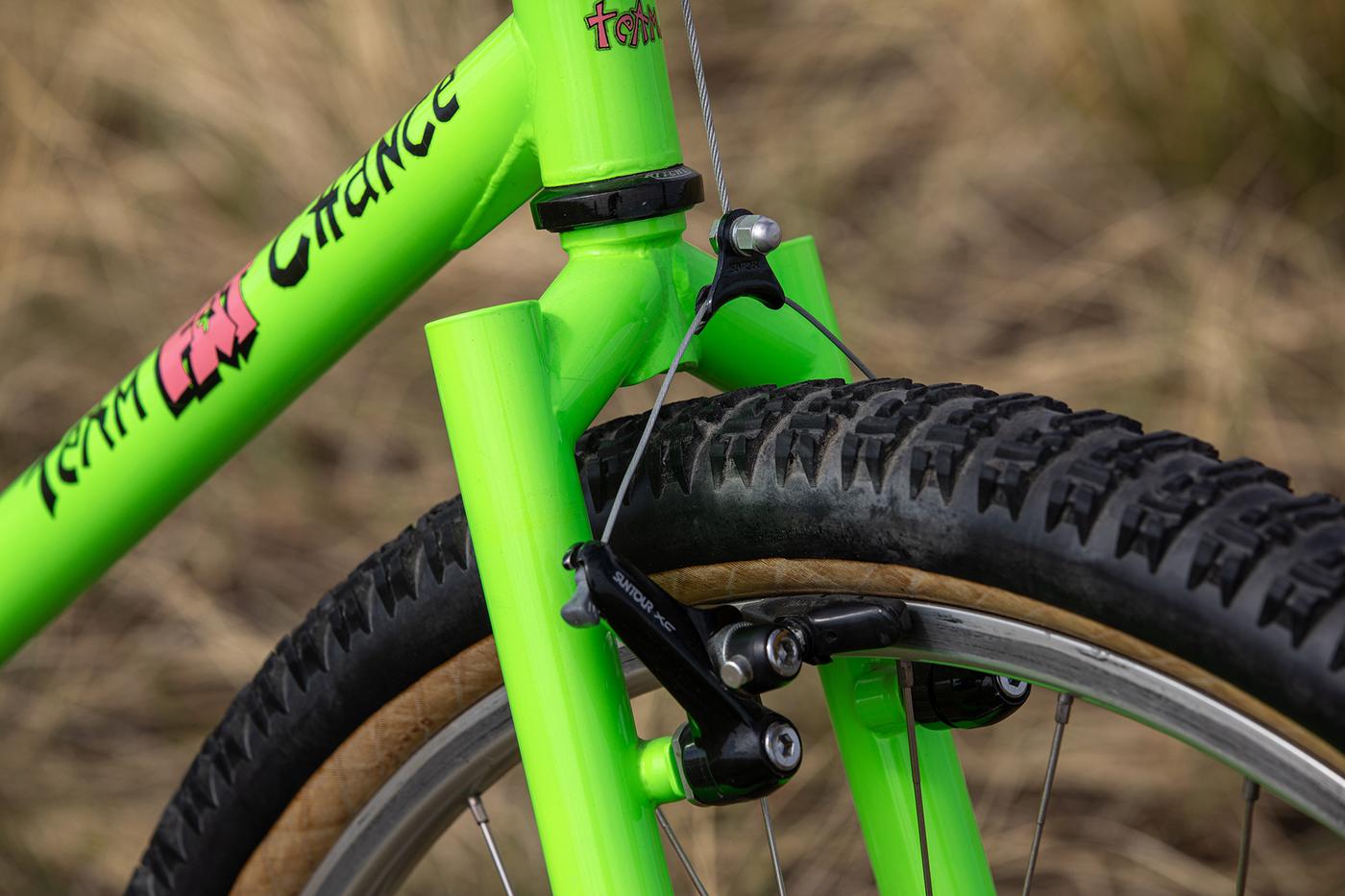 Chance was well-skilled at making custom filet-brazed road frames, but in 1982, “Fat Bikes” were making their way east from California, and Chance decided to capitalize on their gaining popularity and formed Fat City Cycles. Their model was the “Fat Chance,” a lightweight frame that was short, steep, and could climb just about anything. Chance would adopt a penchant for wild paint and graphics and switch to TIG welding for additional models like the Team Comp, and “Wicked Fat Chance,” which was, well, “wicked populah.” 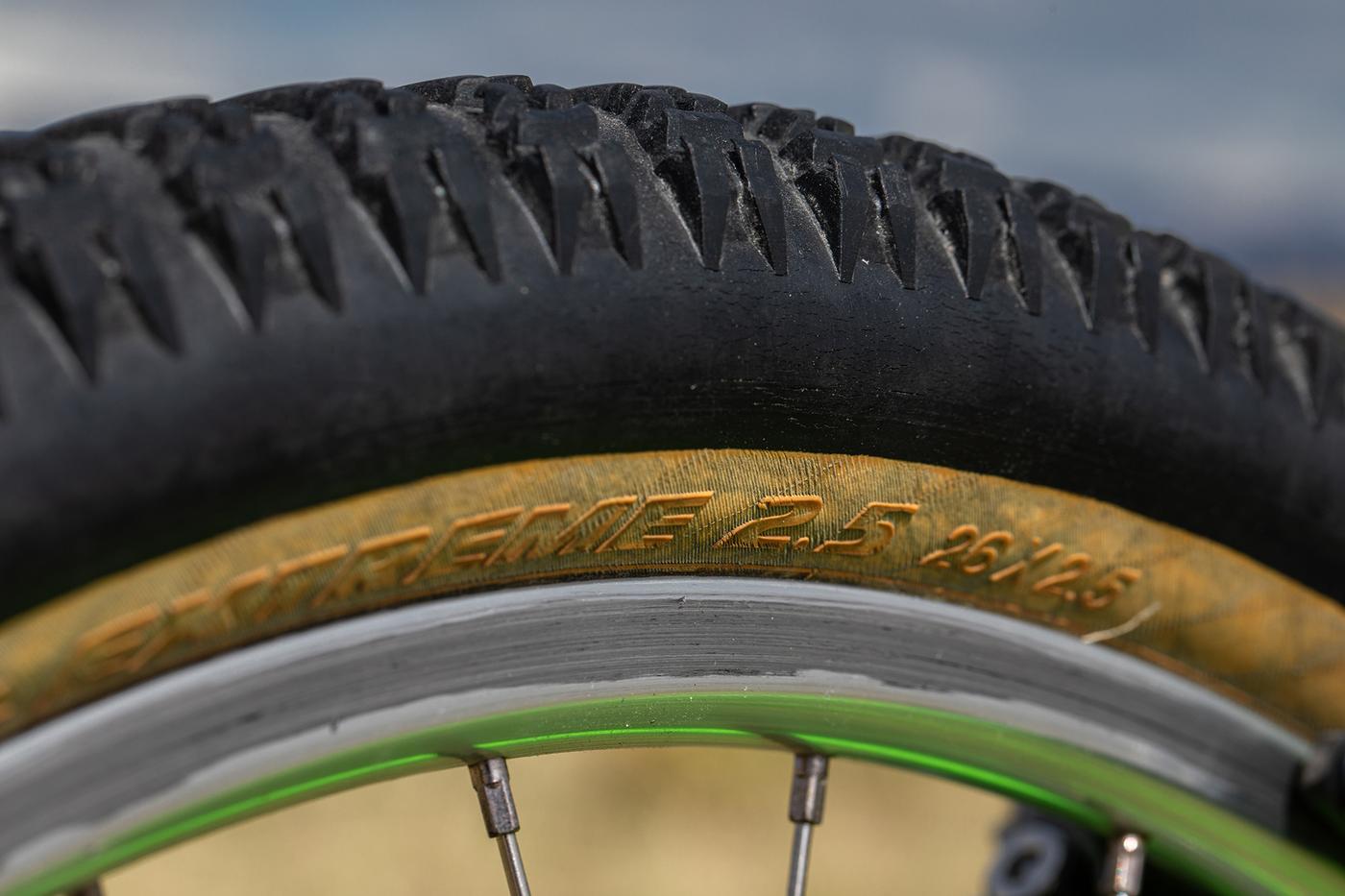 Mountain biking racing was also becoming wicked populah. Chris sponsored racers, including Don Myrah, but he famously hated the Wicked Fat and refused to race one. So, Chris created the “Yo Eddy,” which featured geometry suited more for aggressive riding and a rear end designed around a Specialized “More Extreme” 2.5” tire (which was massive in 1989). Chris said the name meant nothing. Still, other Fat employees claim it was the name of the “bones and mohawk” cartoon character painter Mike Pappaconstantine created as the head badge. 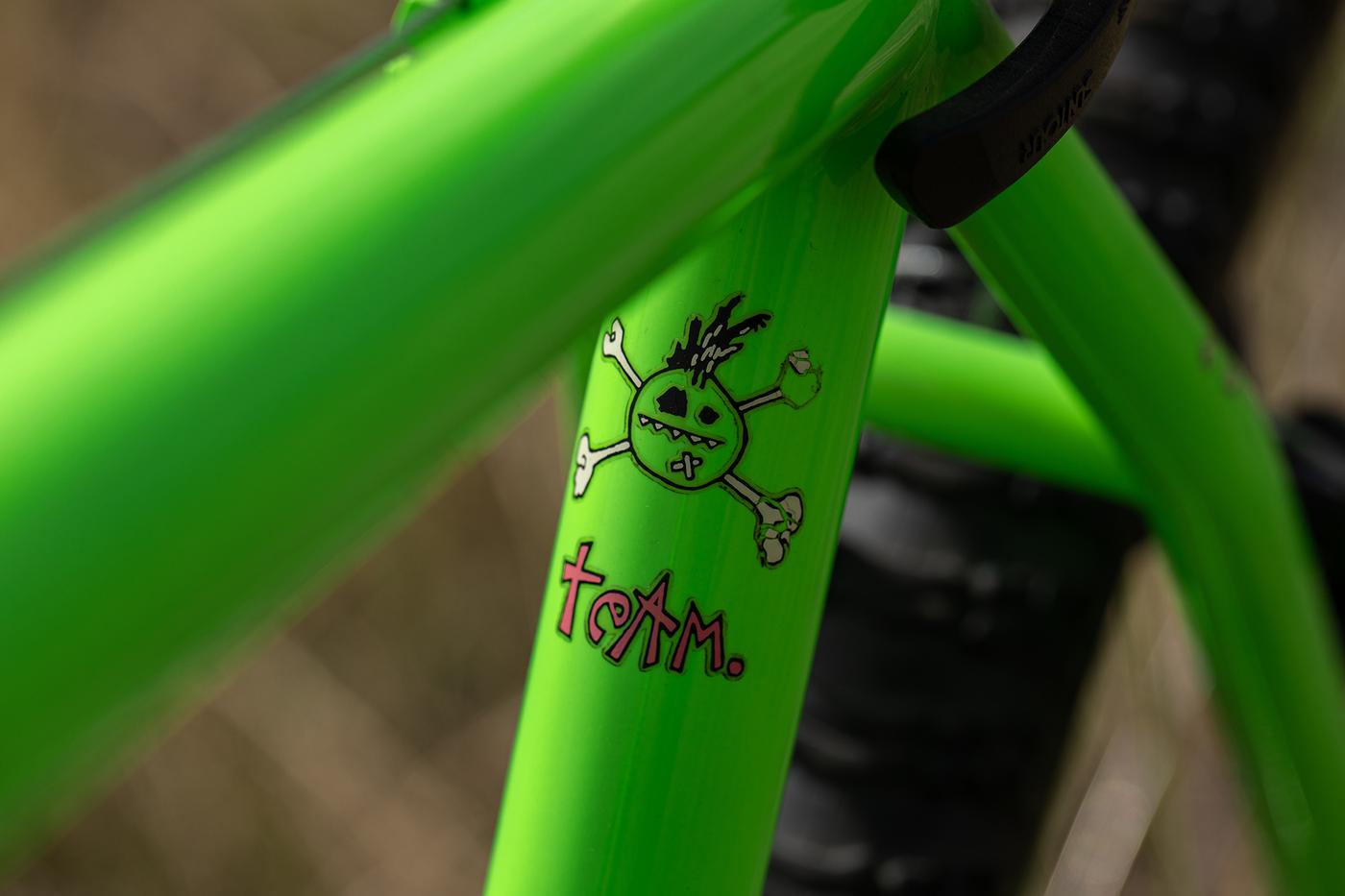 The new model came as a frameset with a matching “Yo Eddy” segmented crown rigid fork and featured a longer cockpit and “oversized” tubes to increase stiffness. Either way, the Yo was a huge hit and launched Fat into the next phase. Unfortunately, the next phase for Fat was bankruptcy.

I grew up racing in New England. I am licensed to use the term “wicked” as an adjective, and I lived through the Fat craze. It truly was cult-like. Trying to nail down “what happened to Fat Chance” is like determining who was first or last in the Mount Snow naked crit. Search hard enough, and you can read enough aired dirty laundry online to form your opinion. Some will say the development of the full suspension “Shock a Billy” (Fat had the greatest model names) sapped too many resources for a bike that never performed or sold well. Some will say there were deceitful business practices. Some will say that Chris cared too much about keeping the culture the same and ignored critical improvements to the process out of fear people wouldn’t recognize it as a “real Fat.” 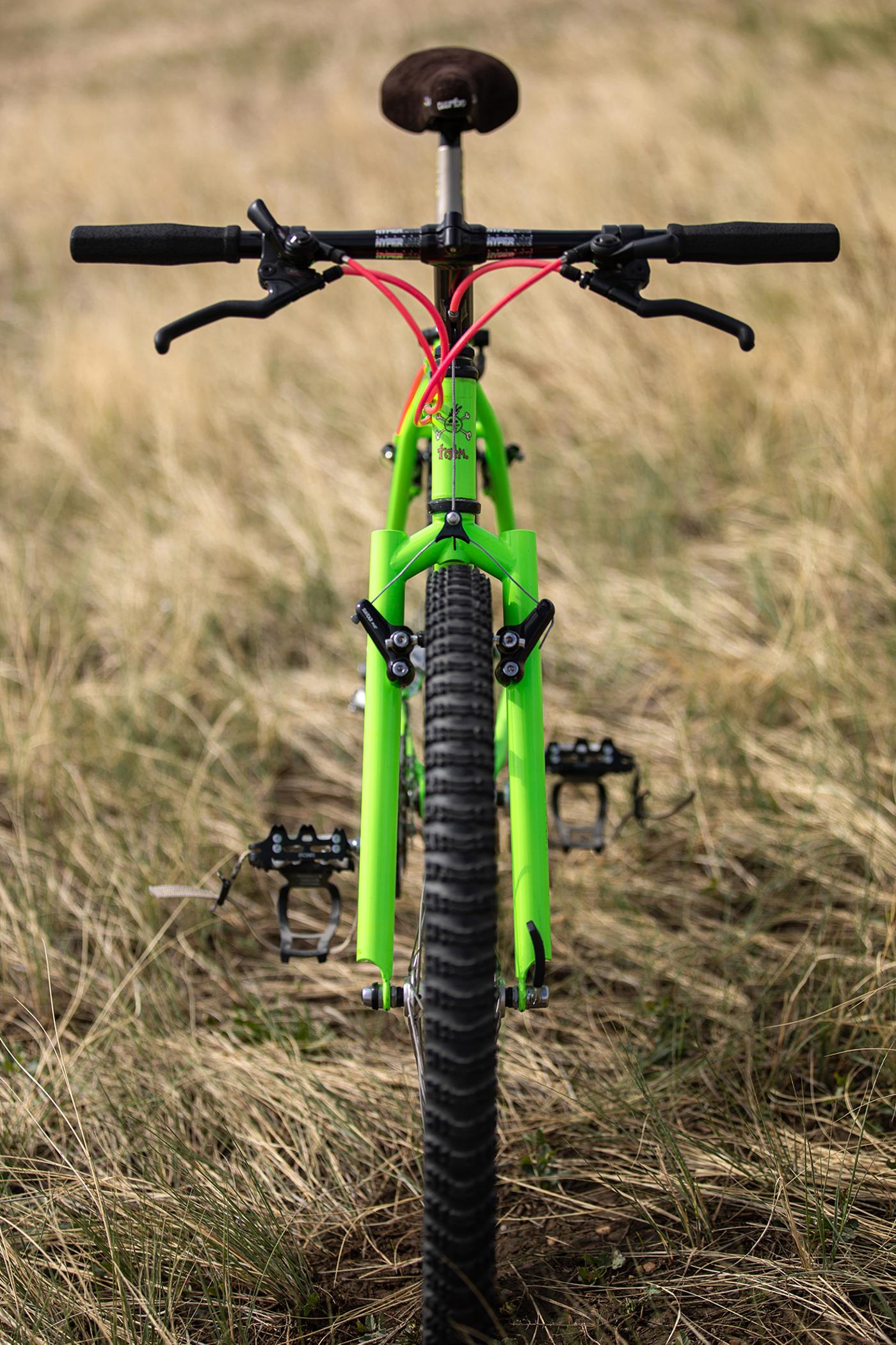 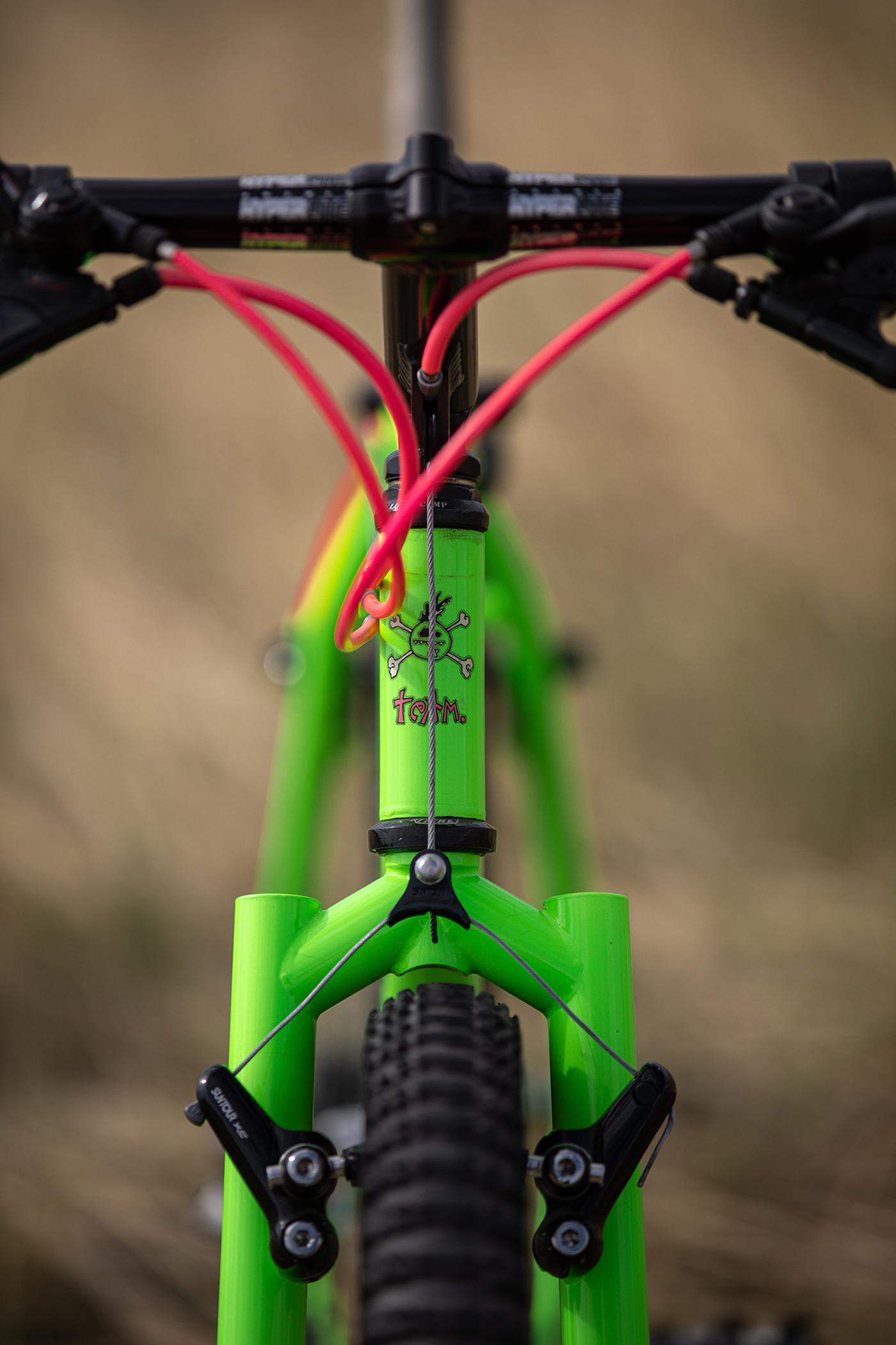 In October 1994, seeing that the company was in real trouble, the investor who owned Serotta bought Fat City Cycles from Chris Chance and closed the Somerville facility. Everyone was let go, and the end looked bleak. Seeing an opportunity to resurrect the brand, the investor moved production to Saratoga, New York at the Serotta HQ where Fats could be made by skilled craftsmen and Chris could focus on business development. Hopes were high for Fat 2.0 as those bikes were objectively better, but ultimately, Chance’s greatest fear had been realized. “True” fans turned away from the brand and bought frames from Independent Fabrication, which had risen out of the ashes of Fat in Massachusetts by ex-employees. Chance would repurchase the Fat brand in 1996 and relocate the company to Vermont, but it was too little too late. Fat gasped its last breath in 2000 and closed. 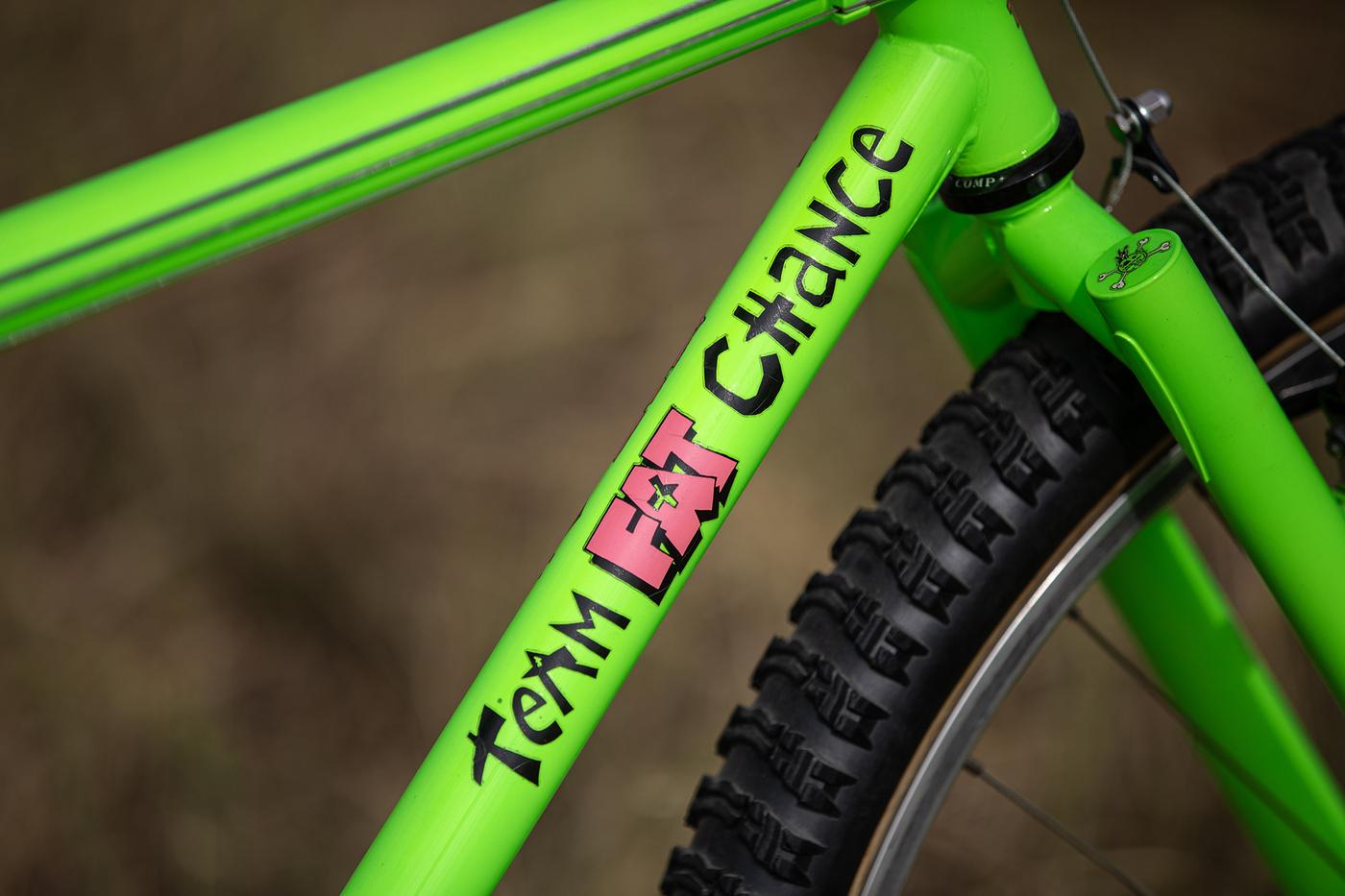 I find vintage bike “reviews” extremely cringey. Old bikes can’t (or shouldn’t) be pushed to the proper limits to give a realistic appraisal. So I’ll simply say my Yo is the best-riding vintage MTB in my quiver. No other Fat Chance I’ve owned comes close in ride quality. When Chris Chance introduced the Yo Eddy, riders felt the same, and its popularity put Chance at a crossroads: stay the course and allow the devoted fanbase to carry the company forward, or chase industry trends like suspension and alternative frame materials. Chance chose the latter, and it hurt them. I’d be remiss if I didn’t acknowledge that 30 years later, Chance is back at it making Fat Chance bikes and getting positive reviews. I know my Yo is a regular in my rotation. 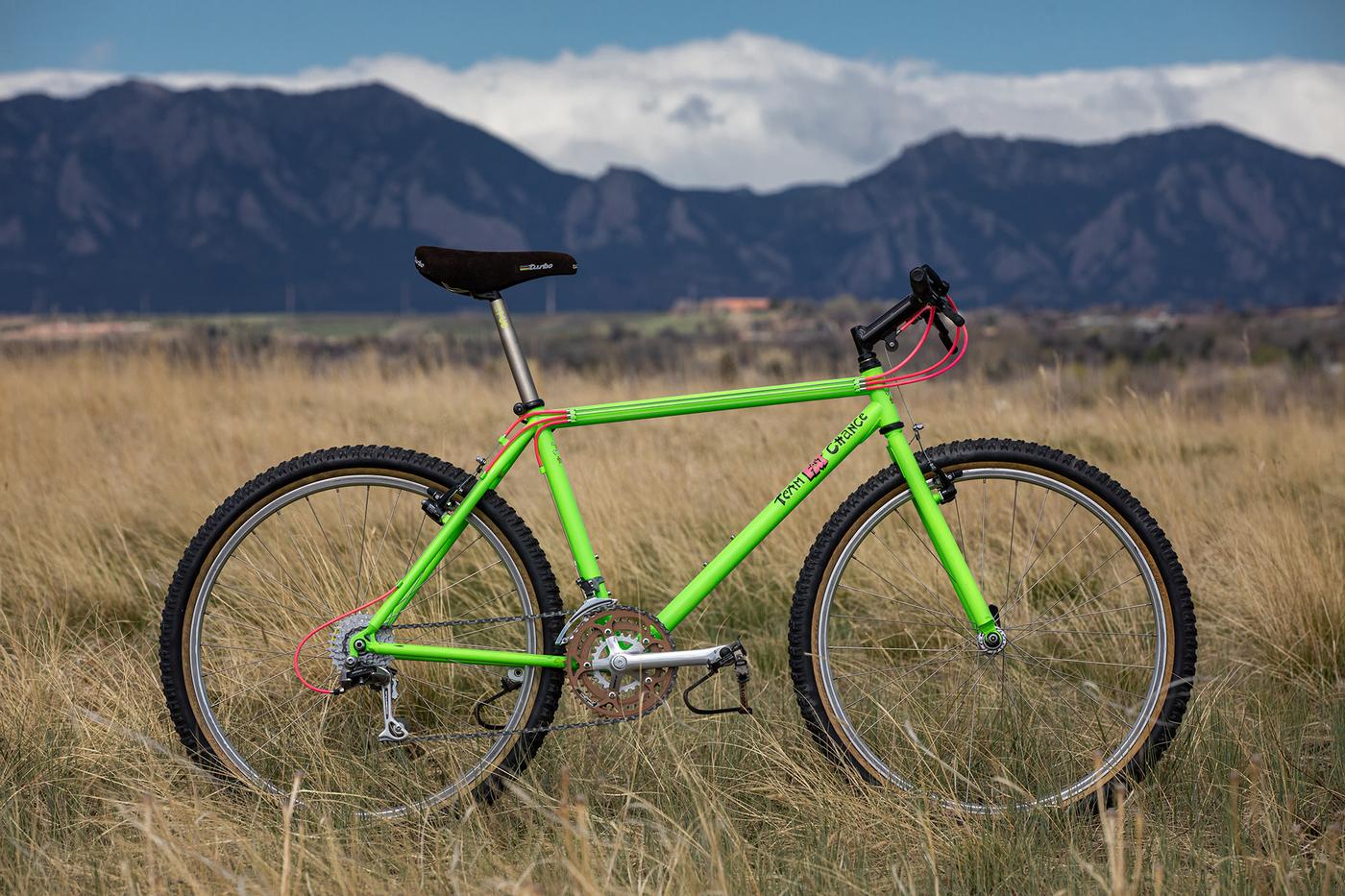