Last night was NYC Velo‘s ( @NYCVelo ) PreSpoke event. Uptown, a few miles away at the Museum of Art and Design, the opening reception to Bespoke had just finished. The crowds of people who were ‘in the know’ made it down to NYC Velo to look at some of the featured framebuilder’s previous works.

Check out more photos and a full review below. You can’t have an event in NYC without a food option, which is why Andy hired the dumpling truck for the night. Immediately as I walked in the door, I was greeted by this purple J. P. Weigle cross bike. It was stunning. A true example of Weigle’s craft. A lot of the smaller framebuilders were at the show. Here’s Seth Rosko being the funny guy that he is. Another one of Weigle’s creations; a touring bike with built-in lights. One of my favorite builds at the show was this older Weigle time trial bike. Not all of the bikes on display were cross or touring bikes. This one was from the age before UCI banned 650c front wheels. It had a truly sexy seat tube cluser. I’ve got a soft spot for wishbone seatstays! Imagine that thing staring you down on the starting line. Another gem at the show was this A.N.T. city bike. Remember Mike’s interview? This bike embodies the A.N.T. design philosophy. The centerpiece of the show was this completely-aero Richard Sachs road bike. The seat tube and downtube were thinned and flattened out, making the profile quite elegant. The exposed Delta brakes and rubber headset covers made this a truly unique build. Oh, it’s for sale too! 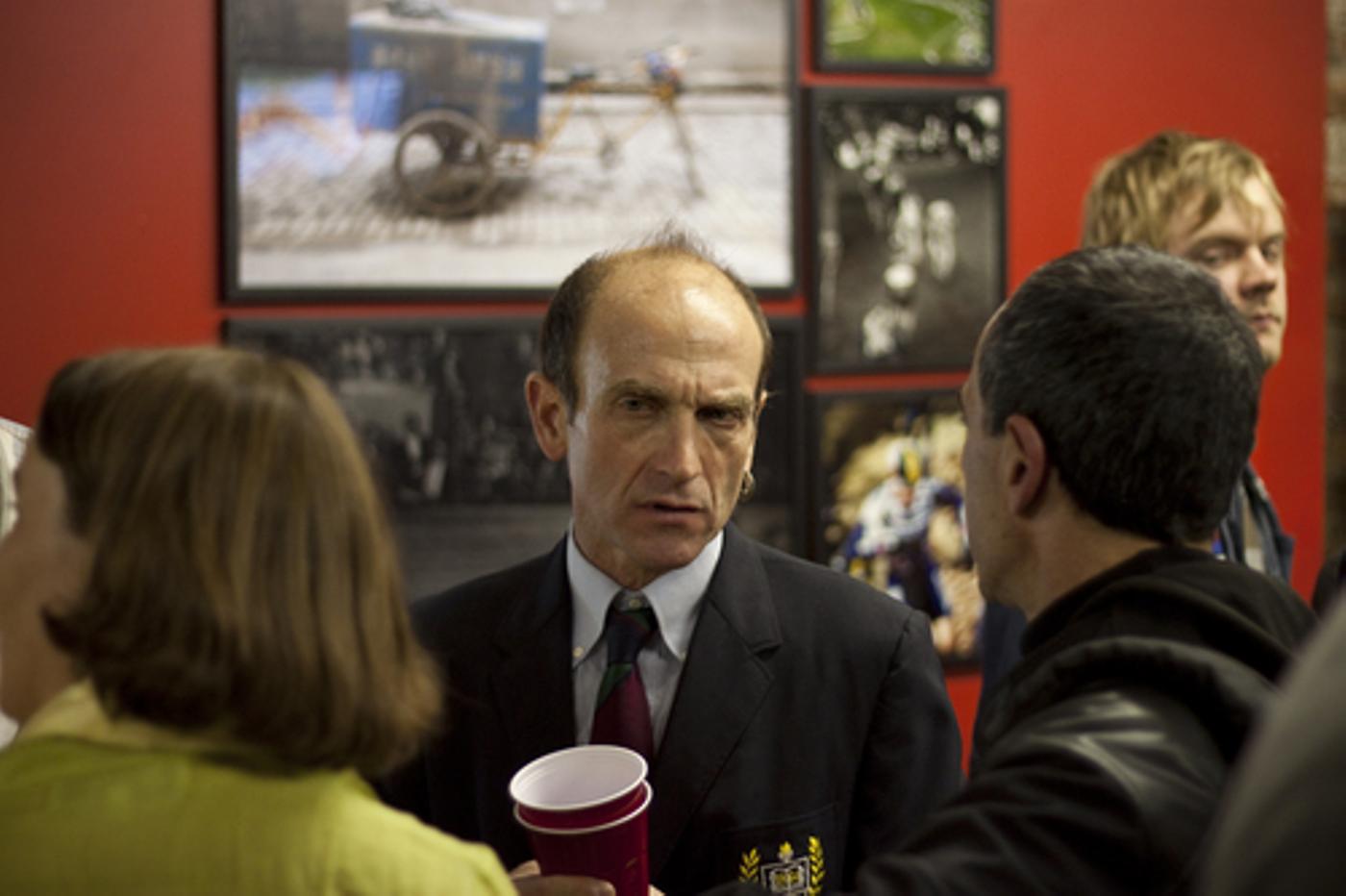 The men of Bushwick; Seth and Johnny! Towards the end of the night, the crowd was silenced so that Richard Sachs could introduce his film; Imperfection is Perfection. It was time to head back to Brooklyn, so I left and was given a Boston farewell by Marty at Geekhouse! What a nice dude.

If you’ve got time, swing through NYC Velo and see if the bikes are still up and try to make it to the Museum of Art and Design for the Bespoke show. I heard it’s amazing! Thanks to Andy and the NYC Velo crew for hosting this party!

There are some more shots over on my Flickr, so go check them out.