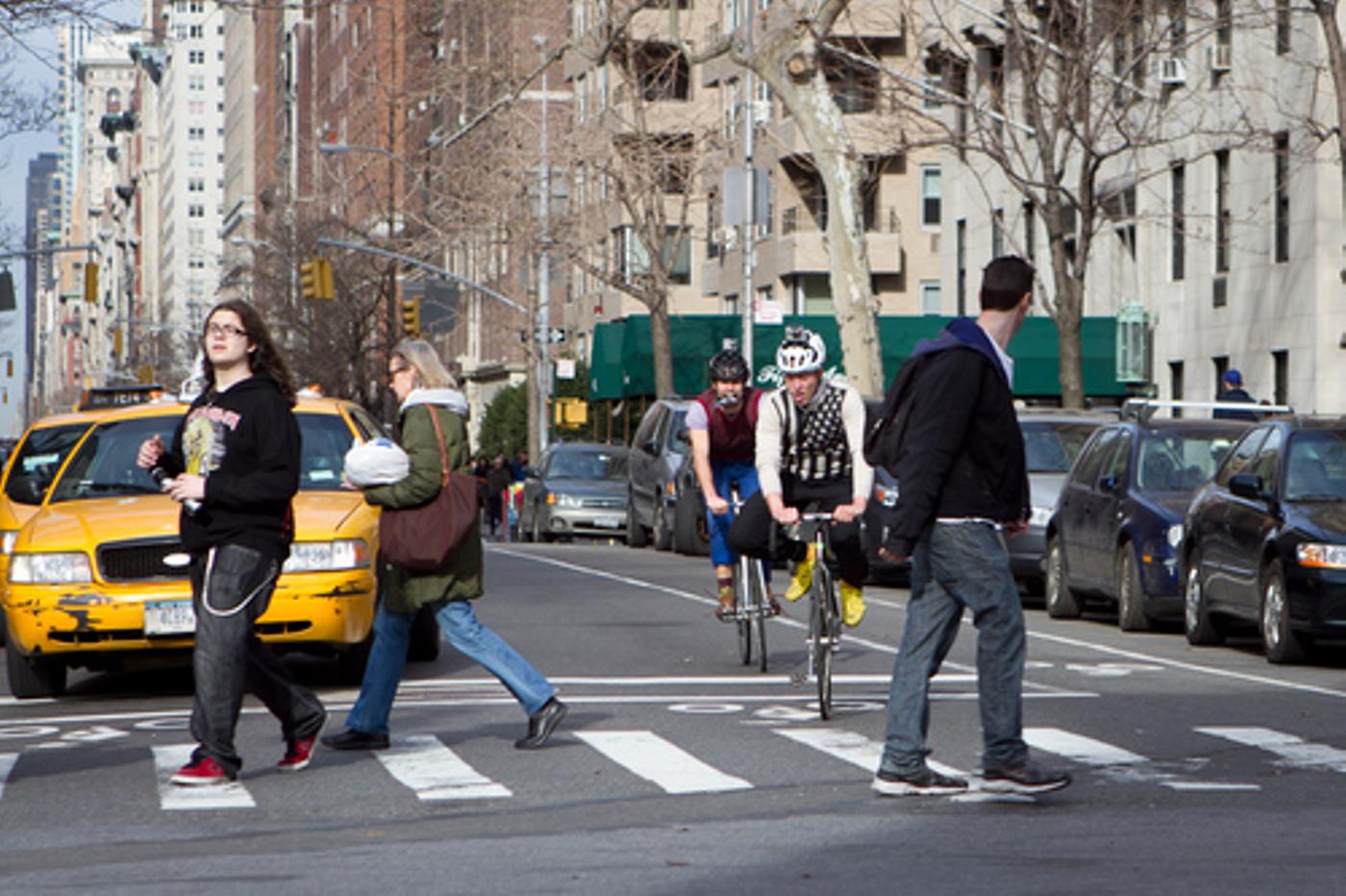 Today was a freaking blast! I love riding in NYC on a track bike. There are few rushes like it. After waking up and taking care of errands, I met up with Tony Fast downtown. We rode up to 110th and 5th to the start of the Four Horsemen alleycat. If you recall, the original Four Horsemen had a camera on four racers. This year’s return of the Four Horsemen was the same idea but instead of bombing Broadway, they picked 5th ave on a sunny Saturday. I.e. a clusterfuck!

Check out a ton of photos below! The helmets of the chosen four. A few of the racers, preparing for the 110-block sprint. From there, Tony, Diablo and I left the start to get to the finish in time for the racers. 110 blocks, all open spinning, traffic cuts, close calls and pissed off cabbies all in 20 minutes! Here’s Carlos, aka Diablo taking a break before the racers showed up. Crihs and JT were first. JT’s a monster. Watch him get top 3 in Monster Track this year! Doug rolled in shortly after. Other racers came in, catching their breath. Dwain was there, beard and all. Crihs stoked at how it turned out. Hiromi of Boda Boda catchin up on phone calls. Dude’s a busy man! From there, we headed to 3rd and Broadway for a much-needed beverage. What an epic race and what an epic bike pile. The guys made it from 110th and 5th to Washington Square park with one stop at 49th st. in under 14 minutes! Insanity. Check out the rest of the photos below.