If a beast were to crawl its way out of the Abyss, only to find itself mutated into a two-wheeled, human-powered machine, it might look like this thing. When I first saw it in person, with the Supernova light dangling from the stem, I was reminded of a Deep Sea Anglerfish. A fish that spends its life in complete darkness, only illuminating its path with a luminescent organ called the esca at the tip of a modified dorsal ray. Could that be this bike’s spirit animal?

Erik works at the big, bad S. He’s a designer for the AWOL and other excursion-oriented bicycles. He made this bike as a special project for his plans on taking on the SF-area’s Super Brevet Series. Initially, he wanted a bike that would fit a 45mm slick 700c tire, with a tighter geometry than the AWOL and a tapered headtube, mated to a carbon fork. He spec’d the main tubes from a stock AWOL with the geometry more like a cross bike, milled a head tube to spec and used a Secteur fork for its rack attachments. While the AWOL is a dedicated touring bike, this is closer to a light-tourer or randonneur. So, in short, this is a one-off custom, made in the USA bike that gave Erik the ability to test out a few concepts. 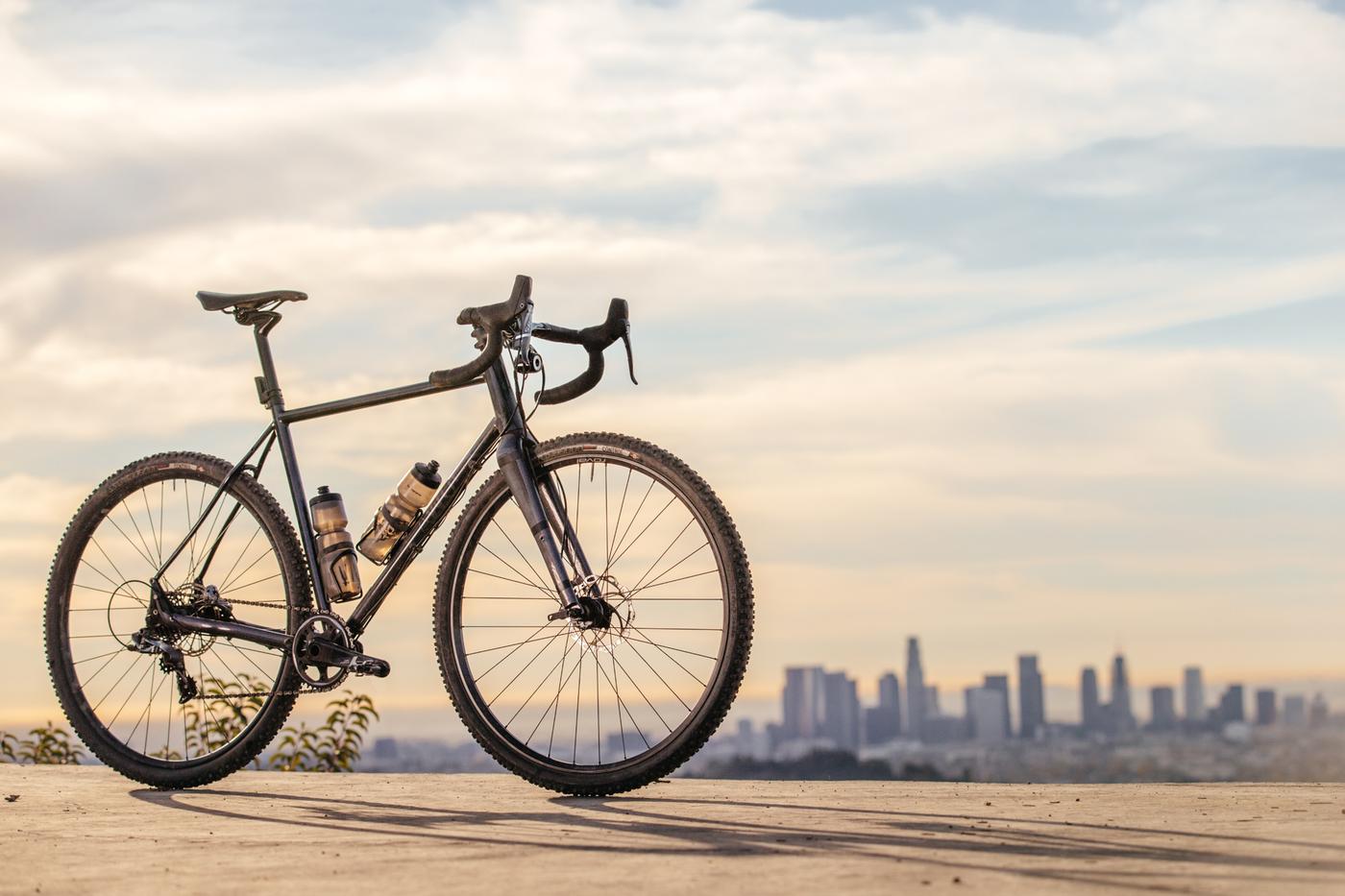 The bars have an aero shape, there’s a Supernova AWOL switch in the bar end from the EVO project. The tires are prototype, made especially for muddy trails. There’s even a custom-milled stem cap that holds a USB battery but what puts this bike back into the Abyss is the sparkle, glitter fade paint, which Erik applied himself.

As with most concepts, ideas Erik used to create this one might trickle down the Specialized product line at some point, but don’t hold your breath. Unless you’re an Anglerfish.