No one ever said “a fork is a fork.” Well, maybe they did but I doubt they were talking about suspension and in the case of the Rock Shox RS-1, this is unlike any other fork on the market today. Before I get ahead of myself here, I’ve struggled with how to address this review. Without sounding like a copy and paste of marketing jargon, it really is the best fork I’ve ridden, for my specific type of use: XC riding with a bit of rowdiness.

We’ve already learned that I am by no means a full-fledged tech writer, but I have ridden a lot of forks and while I’ve still got a lot to learn in terms of what makes each unique, the experience of the RS-1 has left a mark on me.

Let’s backpedal a bit first. Nearly a quarter century ago, Rock Shox debuted the first suspension fork, the RS-1 for around $375. As media tends to do, people’s reactions were split down the middle. Some hailed it and some hated it. At the time $300-some dollars was a lot of money. Yet, it was also a new piece of technology at the time and one that arguably changed the face of mountain biking.

About a year and a half ago, I got to try out the RS-1 at SRAM’s trail house in Moab, Utah. While there, we got the full run-down on the technology, got a chance to ride one for a day and learned of it’s retail pricing: around $1,800 (plus a $238 Predictive Steering Hub, or a PS Hub-equipped wheel.) If you’re smart, already have a rim and spokes and can build a wheel, you’re looking at an upgrade of $2,000 at least.

That’s my biggest issue with the RS-1: It’s expensive! But why? 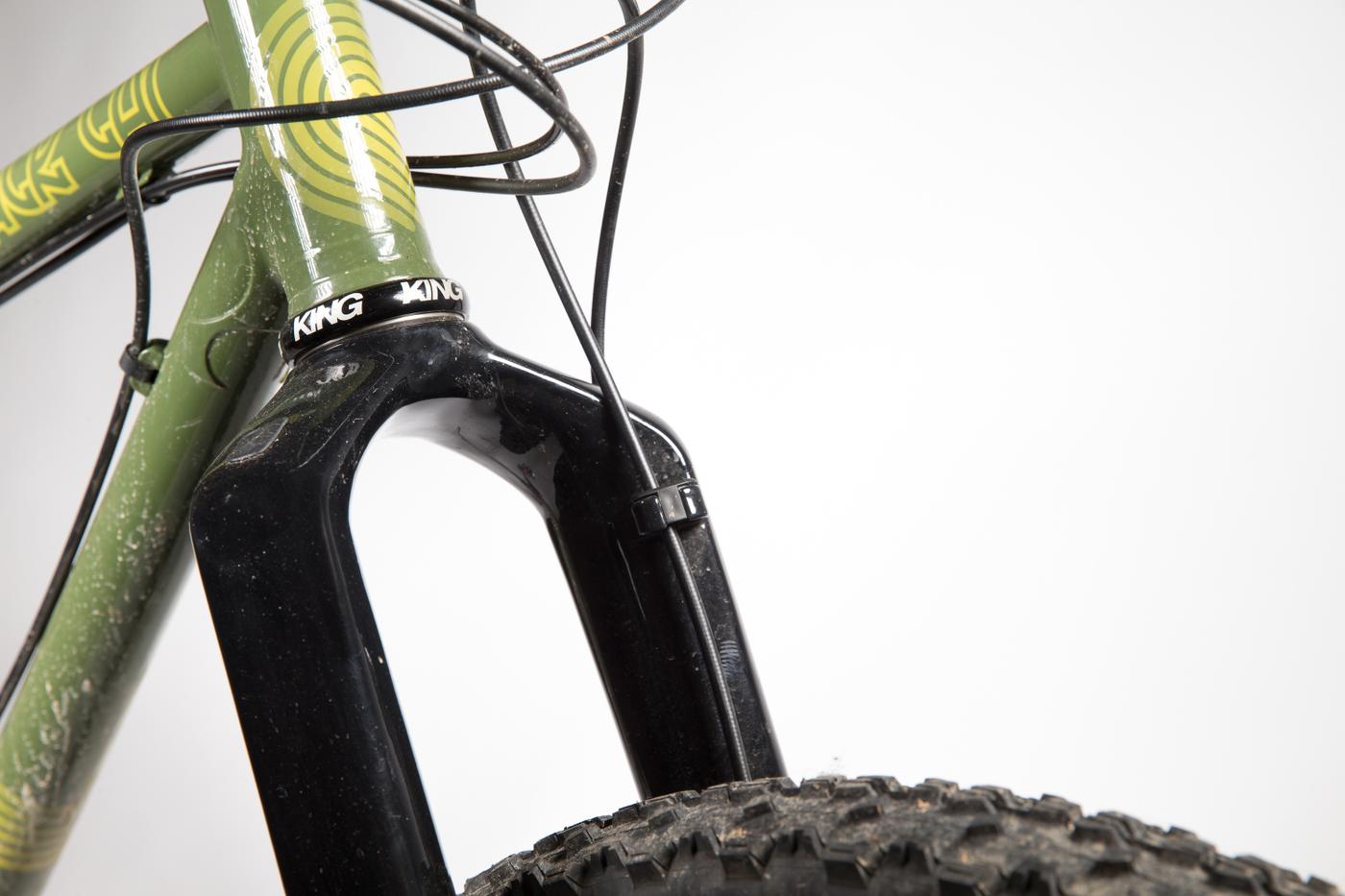 Inverted forks aren’t new to two wheeled machines. Motos use them and if we’ve seen anything in the past 25 years of MTB design, it’s that the moto has offered a lot of cross-over tech to MTBs. Although I’m still waiting for the roost guards to make a landing at an EWS event. Even after other companies like Maverick attempted the inverted fork design, they were nothing to sing about and seemed to trickle out of the industry. But, if done right, the design of an inverted fork makes sense for a mountain bike. The seals on the 32mm stanchions will be better lubricated, requiring less maintenance (theoretically) and ultimately, a smoother ride.

Where other inverted forks struggled was with stiffness. Something Rock Shox tackled with their Predictive Steering Hub. The easiest way to describe the design is it uses a secondary axle (Torque Tube) to lock the fork ends in place, while still relying on a thru-axle to secure the system. In short: there’s a giant, 27mm axle that locks the system down, making it stiff and a normal, thru-axle that secures the wheel.

How stiff? Pretty damn stiff. Noticeably stiff and that’s coming from someone who swears by the Pike, a damn damn stiff fork. This stiffness was the first thing I noticed in Moab and even on my home turf in Austin, where I know each line like the back of my hand, I kept being impressed with it. It wasn’t so much that the stiffness is at the top of the crown, as much as it was in the center of the wheel. It’s a hard thing to describe, but I felt connected all the way down the fork. That connectivity is the singing praise of the RS-1. 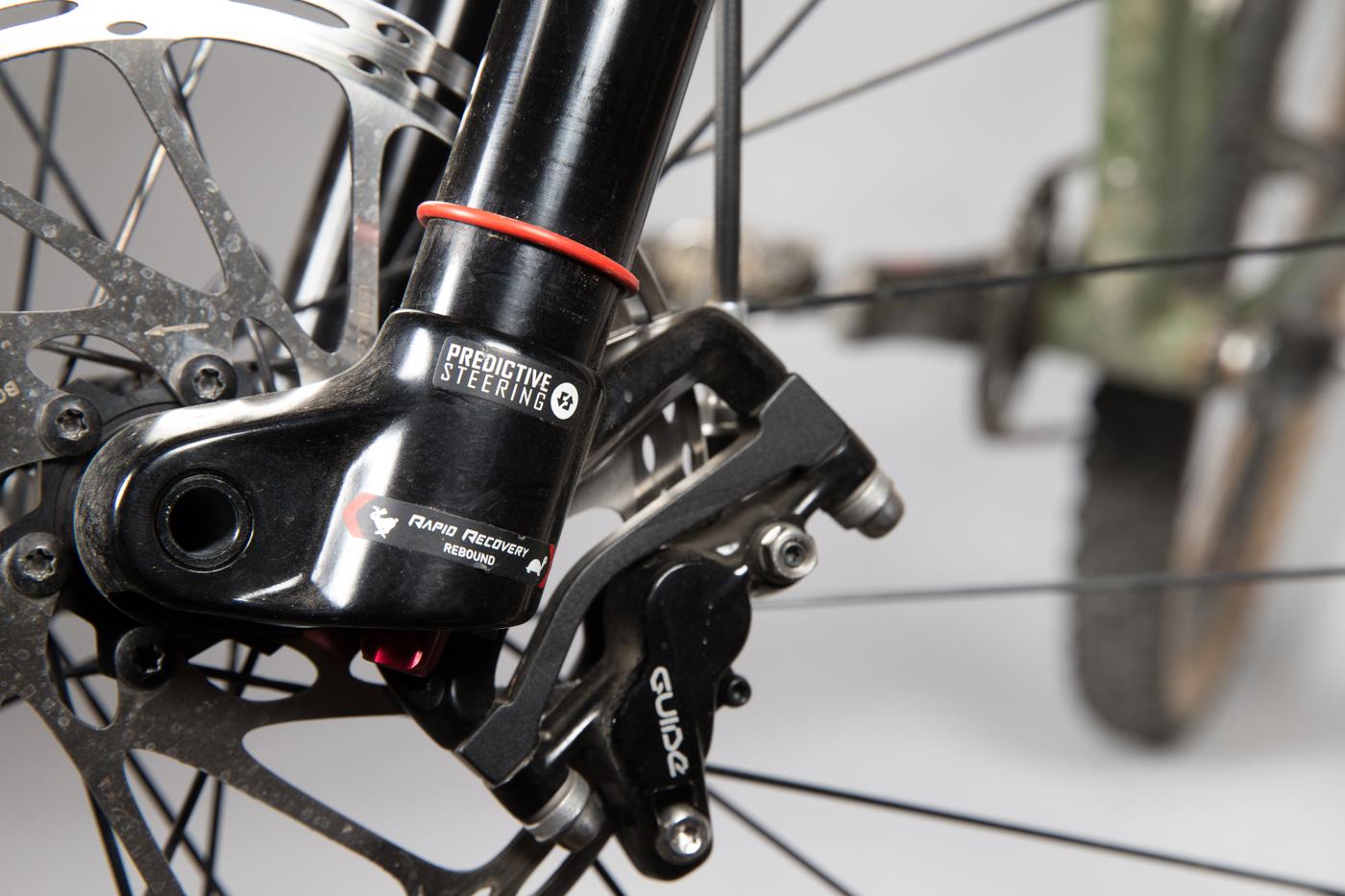 Once tuned in, the RS-1 performs like nothing else I’ve ridden but it takes a bit of time to get it dialed in. When I was looking for the right PSI, I rode with a shock pump in my pack until It felt right. Luckily, Rock Shox’s recommended sag numbers are on the stanchions, for easy reference. Dial in your rebound, depending on your local trails and let ‘er rip! After a few descents, you’ll find the RS-1 performs like a trail fork, yet is 1,666g compared to a 1,985g PIKE. 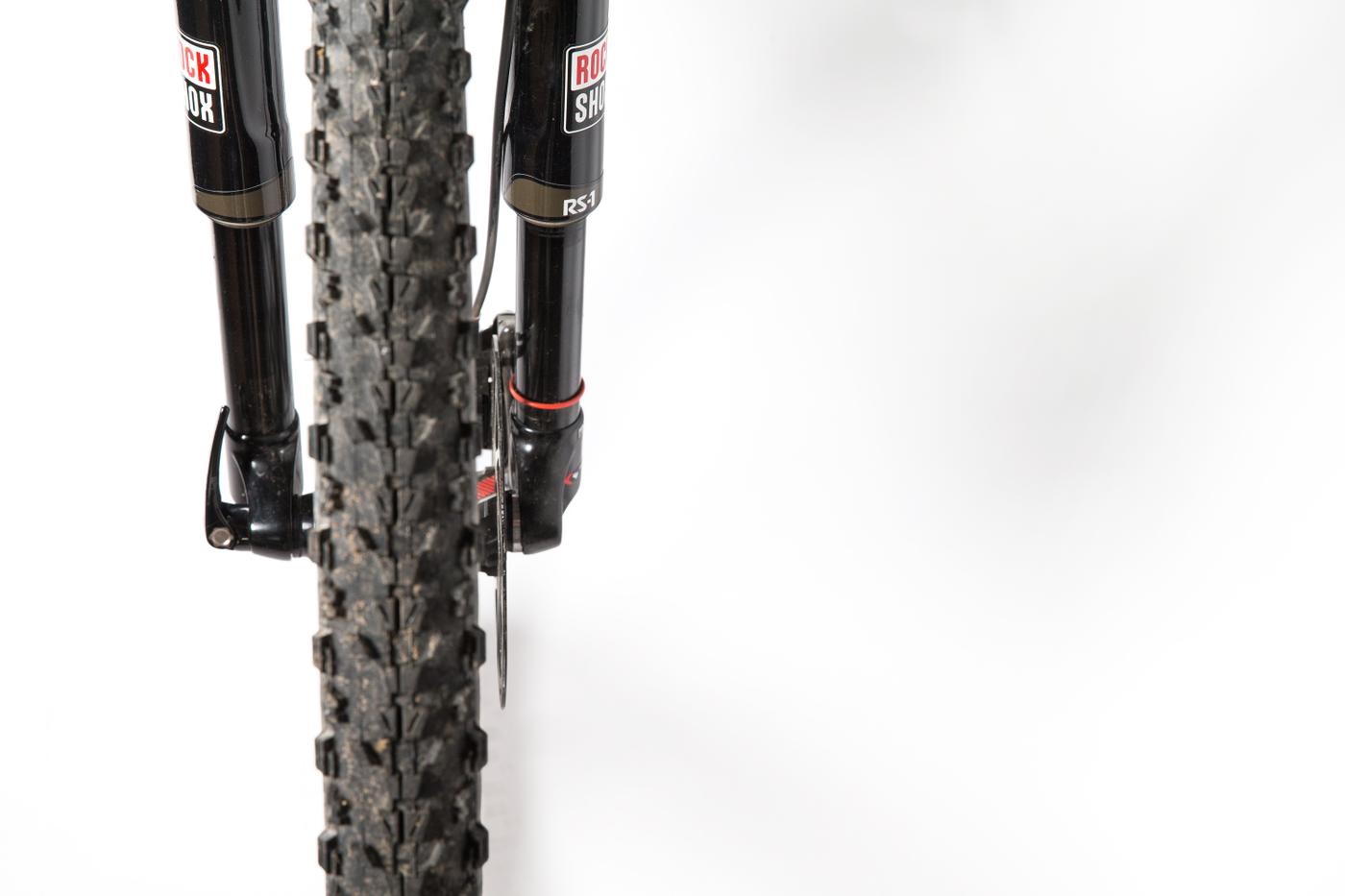 While my initial concern of wrecking or denting the RS-1’s seemingly bare and exposed lower stanchions, even after a few spills, they remain unscathed. Luck? Or maybe we just don’t bang up our lower forks as much as we think we do. Although I do take more care with this fork while packing it up or stacking the bike with others for some reason. 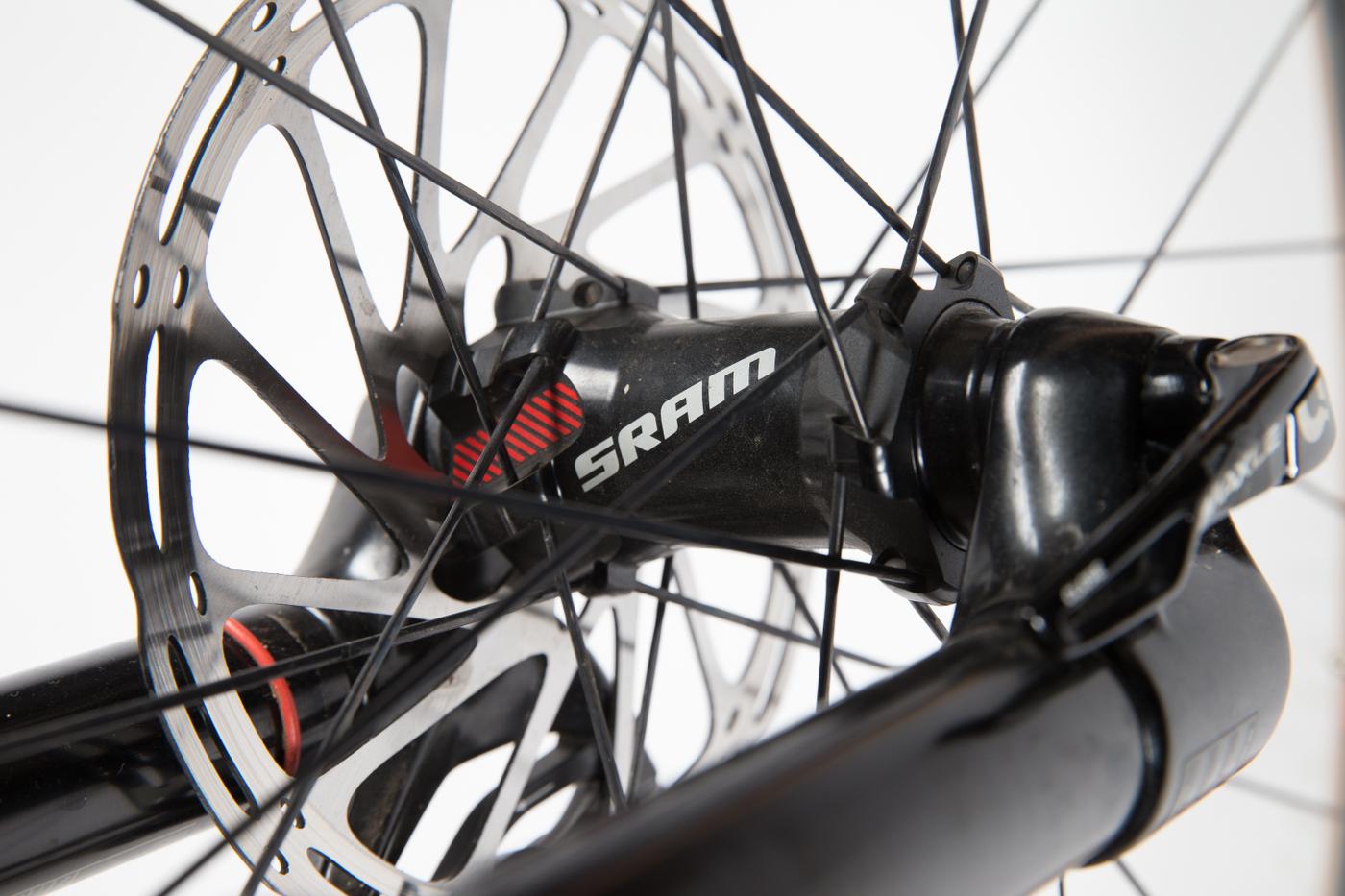 Still, the glaring design flaw or by-product of the design is the hassle of having to build a special wheel for the RS-1. I say special yet I mean proprietary. While I’m not as rough on my front wheels as I am my rears, I’ve had plenty of occasions where a loaner has saved the day. With the RS-1, you better have a backup handy… 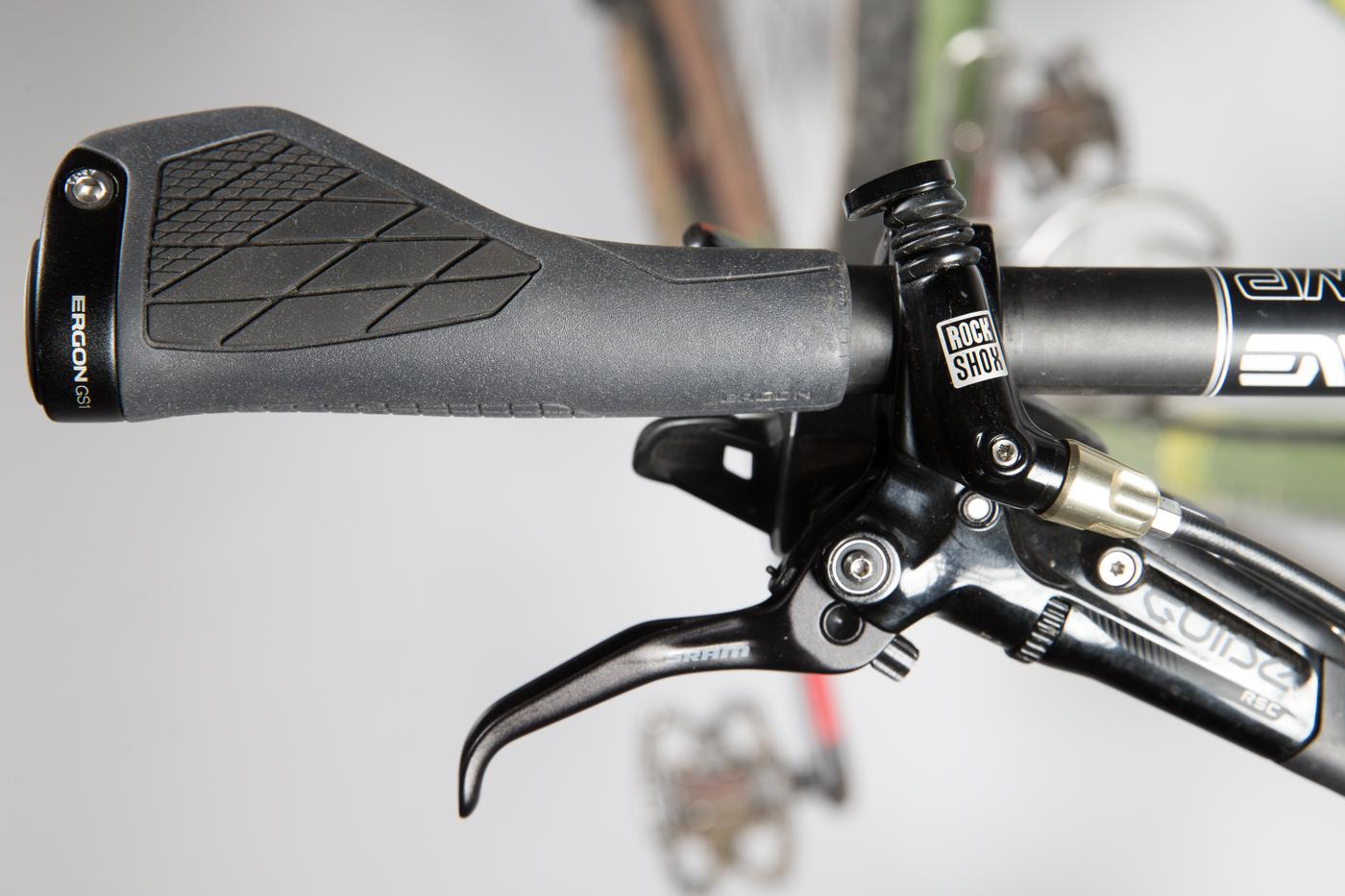 Included in the RS-1 pricing is a bar-mounted trigger, which adds yet another switch or doo-dad to your bars. Great if you’ve got room from dropping your 2x for a 1x, but I’d like to see the lockout designed into the fork crown.

Here’s the other thing. The RS-1 looks funky. Like, not a bad funky or a good funky. Just funky. Kinda like how hydraulic hoods on cross bikes looked funky two years ago funky and now they’re less funky, funky. Got me? While I like the way they look on a 100mm full sus XC bike, on a 120mm hardtail, they just look funky. What are your thoughts? Perhaps a painted fork would reduce the funkiness? 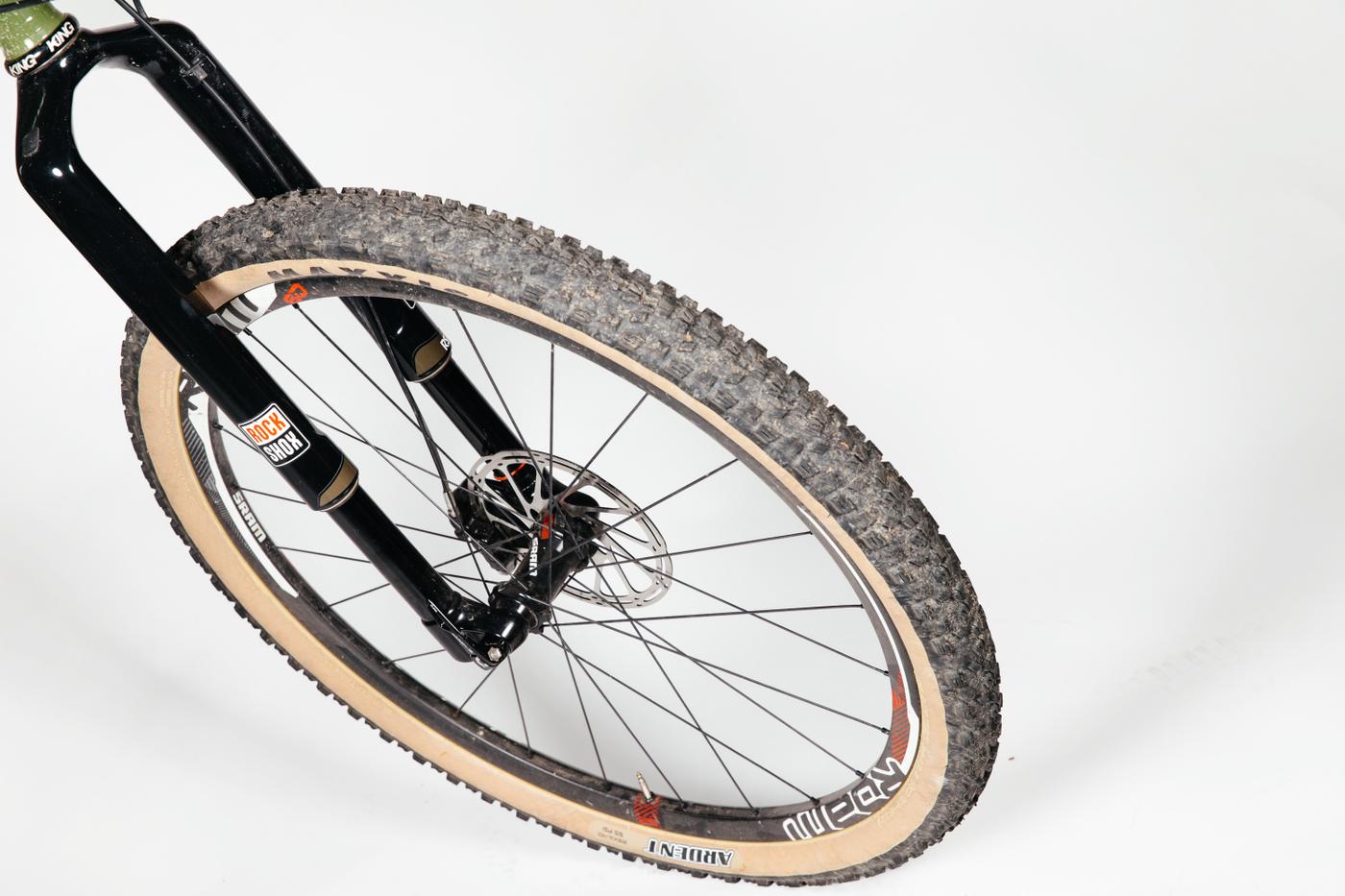 The bottomed-out line:
Regardless as to your income: the RS-1 is a bit of an investment if you’re building a bike from scratch. It’s kind of a hassle being limited to a single wheel and it takes a little longer to dial in than a traditional fork. However, if you’re spending a good chunk of change on a $6,000 and up XC race bike and the RS-1 is an option for the build kit, DO IT. Or if you happen across one used, DO IT.

It is the best riding, most unique and fun fork on the market. Everyone I talk to who owns one loves it and while the exposed stanchions might make you “EEK!” in a tumble, they’re seemingly pretty resilient. Hopefully, like most “new tech,” this design will trickle down into lower pricepoint options over time.

Now I have to decide which bike to put this on next: my Tallboy C or my Rosko?