I honestly can’t remember the first time I thought about racing bikes or the fact that people might be motivated to race them. I had some inkling that there were professional road cyclists out there, a la Tour de France, but any notion was vague. For me racing was seeped in the nostalgia of a sticky summer day, riding a green BMX bike with a dysfunctional coaster brake. Most likely hurtling at an irresponsible speed, chasing friends down a hill in the hot and dusty interior of BC. Later in life, a university roommate and great pal, clued me into gravel riding, the Tour Divide Race, and so on. Call it bike pack racing, call it ultra-endurance riding, call it solo-soul-searching, or call it some sort of competition of human versus wheels. My own attempt to “race” a 1000km route here in Canada was a lesson in humility. In actual fact, it was a complete and utter ass-kicking, the likes of which I had never dreamed of being possible. Did you know your achilleas tendons can swell so much they resemble more a kielbasa sausage than a body part? Physical annihilation aside, I did gain an incredible amount of respect for those who can put their feet on those pedals, and ride for seemingly endless hours, pedal stroke after pedal stroke. Endurance riding is becoming more popular, and more in the public eye, with great media, and large brands getting on board. Some people see this as a good thing, and some people are quick to lament the changing landscape of endurance riding. Whatever side of the fence you are on, it’s great to see what new riders are becoming inspired to get involved, and tackle some of the most difficult rides out there. One of those people, who exemplifies the best values of a new generation of ultra-endurance racers, is 26-year-old Theo Kelsey, hailing from Ontario, Canada. If you were to meet Theo in person, or just observe his bike life through whatever social media is available, you’ll notice two things very quickly. One is an unstoppable grin, topped by what can only be described as an iconic mustache. The second is a noticeable, un-bridled enthusiasm for riding bikes. 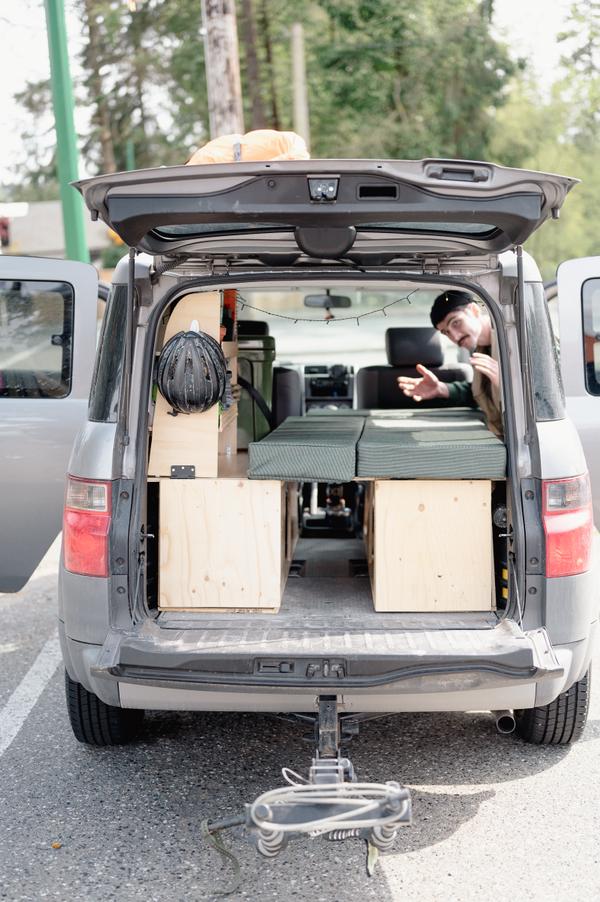 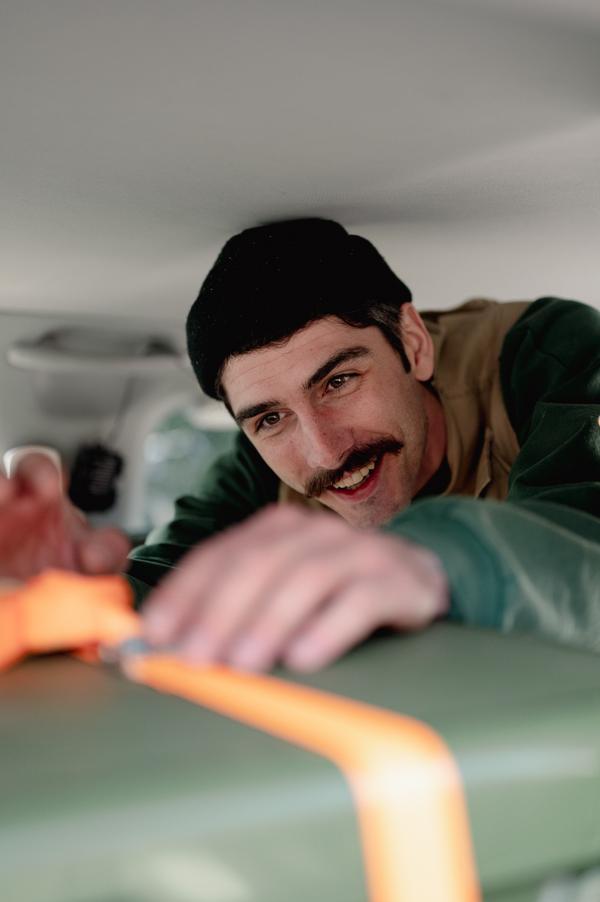 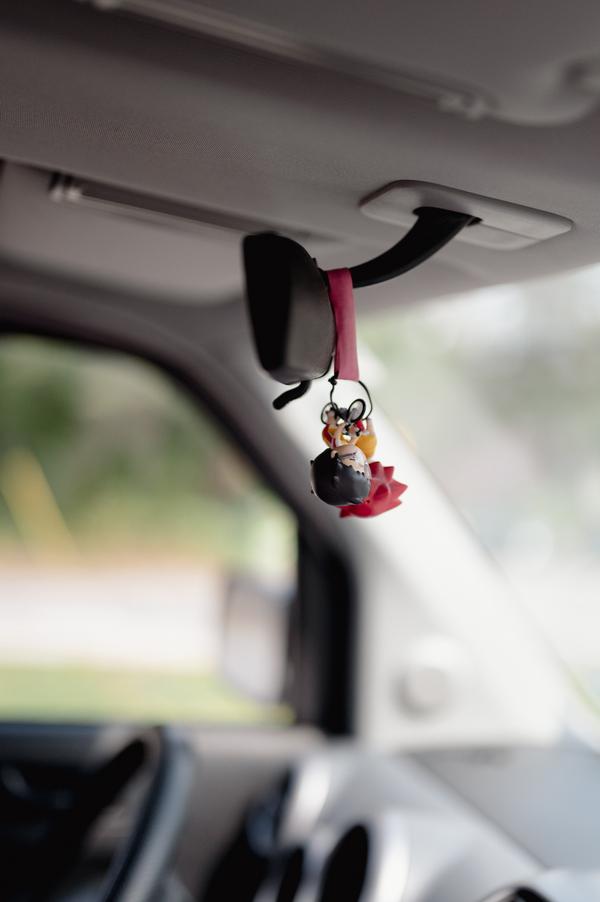 I met up with Theo on a sunny Vancouver afternoon, for a chat, a few coffees, and a local gravel spin. Recently, Theo has become a recognizable face in the Canadian race circuit with back-to-back FKTs on the BTXl in 2020 and 2021, an 1100km race in Ontario, as well a 1st place finish at the AR700 after a close back and forth battle with Canmore’s Kyle Messier and Meaghan Hackinen. Last summer he also completed a 9-day, 800km route with Glen Quinn, in Northern Ontario. Theo is no part-time bike enthusiast. He’s been working in bike shops for the last 8 years, with the last 2 being spent as the service manager of the iconic Toronto shop Brockton Cyclery. I quote “That shop is the best. They care about the people that work there. It’s fucking amazing.” The cycling life came easy to Kelsey, his family decided to get rid of their vehicle in his teens, and living in Toronto, a city of almost three million, the bike quickly became a tool. Get to school, groceries, run errands, but he didn’t see it as something for recreation. His first camping trip involving a bike resulted in him and a friend riding 80km on fixies with overstuffed hiking backpacks. From there it evolved into a weekend tour in Ontario, to his first week-long tour on the west coast of British Columbia.

It was when Kelsey first heard about the Tour Divide that he thought endurance racing might be for him. His first impression? “My first impression was that there was nothing there for me, cool that people do that but f**K that. Then within a month, I was more intrigued.” He got curious to see how he could compare, trying to ride quickly, and far. Signing up for his first long ride, the BT700, Kelsey was psyched. He ended up not finishing and rode the route with his future pals and co-workers from the Brockton Cyclery. The next year, and the following, he set FKTs on the XL version of the route. “My first time trying to ride far quickly went well, and I just wanted to see if I could push it further, there’s always that carrot to see how much farther you could go.”. This set the tone for his personal, internal motivation in future races. “I hit my goal after working really hard and achieving it, I knew there was something there for me, it seemed fucking cool. I felt so satisfied.” At the 2021 AR700, Kelsey won by 30 minutes. It was his first time racing so close to other riders, and on a route, he didn’t know. “It’s nice to not know anything about the route and you don’t have any choice but to deal with the challenges. I’ve never been a competitive person, but this brings it out of me in a way that is very new. It’s always competition with myself. It’s fun having other people’s times to chase, but I always want to see how far I can go personally.” His advice for folks looking to get into bike touring or racing? Start small and build confidence. In Kelsey’s mind one of the most important things, you can do is have a lot of small successes and build up to something big. “If you’ve never done an overnighter, and maybe the idea of sleeping outside scares you? Sleep in your backyard. It’s ok to take tiny steps. It can seem contrary to what you see on social media, or in films we see, but you have those positive experiences to fall back on if you’re out riding and something feels hard. Some people just need to jump in head first and scare the shit out of themselves. It really inspiring to see the amount of new people getting into the sport. I just love everything about that. I love getting messages; I do this to get other people stoked. I’ll always take time to respond to a message or question. The more people that do this kind of thing the better. You slow down, you become more self-aware, you think about the environment, about other people. You’re going to have some uncomfortable times, you might cry.” This point Kelsey was very upfront about, “I cry all the time, I cry almost every race” a refreshing perspective from someone so passionate about racing. Currently, Theo is on the road, about to begin nearly half a year of riding and racing. He’s base camped out of his DIY Honda Element camper, scouring North America for the best gravel and races. Not soon after our cups of coffee were drained, Theo was headed to Vancouver Island to ride the the 1100km Tree To Sea Loop. Aiming for a more casual touring pace, something he says is just as important to him as the racing. From there it will be another 1000+ kilometer ride from Vancouver to finish in Canmore, where he will be putting in some recovery and training, before putting the tires down for the 2022 Tour Divide Race. From there he will be heading back to the AR700 race in Alberta, followed by an ITT on the Northern Ontario Rambler. He also has the Arkansas High Country race and the Rhino Run in his sights, if all goes according to plan. When it comes to the upcoming season, “I’ve got lot’s of butterflies, but I have a great calendar lined up this year” says Theo. “I’ve let go of my need to perform, I have personal goals, but that’s it. The May tours to just get some breathing room after a busy summer and winter in the bike shop. Feel really comfortable on the bike day to day, and for the tour divide, just to see how I stack up against the best riders in the world. I’m anxious about all of it. And finally get to experience this ride I’ve been thinking about every day for four years.

Keep an eye out for Theo, he’ll be out there spinning those pedals, stoked as ever. A little update on Theo, a couple of months after we finished this interview: Prior to departing on the Tour Divide, Theo finished the Tree to Sea bikepacking loop on Vancouver Island, in 9 days. This loop is a 1000km route, on the islands endless network of logging roads. From there he headed to Alberta, for some recovery, training and ultimately, putting the rubber down for the Tour Divide Race. In an amazingly strong field, Theo was keeping a great pace. Around a week into the race, Theo received the devastating news that a close family member, and huge supporter of his had passed away. Theo took a break, and although he ultimately chose to keep racing, he knew he wouldn’t be able to finish the race, and make it home in time to be with family. 15 days, 3297 kilometres, and 40,117 metres of elevation gain, spelled the end of Theo’s effort. I hope we see him back out on the race in seasons to come.

A beautiful and honest ride.