Ty, Ryan, Jackie and myself were recently invited up to Santa Cruz to meet with some of our fellow Instagram bike brethren (aka nerds). We were brought up to test out the new Roubaix Di2 disk outerspace/starwars bikes by Specialized. I was getting over a cold so Ty and I decided to carpool up a day later. We showed up a little late but arrived just in time to partake in what we hoped to be four straight days of great riding with or without torrential rainfall. Regardless of the forecast, we were optimistic. Each day was scheduled to be wetter than the previous, but the terrain was going to be so good that the weather wouldn’t be a factor.

Everything was pretty awesome. Things couldn’t be better! That is, until the start of day 3. That’s when it happened. When I got the feeling in my stomach. You know the feeling?! The feeling when your stomach drops, like REALLY “droooooooops” (30 minutes into the ride) and you start sweating profusely (even though its 51 degrees outside). Then you realize you’ve caught the stomach bug that has been going around the house (Rudy from The 5th Floor had it the day before and a European journalist before him).

I would now like for you to put yourself in my shoes for a minute (or better yet my bibs). You are now officially going to turn your insides out. The probability of you holding it in for more than a single minute is extremely low and while the rest of the group keeps on riding, you start to fall off the back. Then you realize you left your phone at the house because you didn’t want it to get wet. So you have absolutely no idea where you are or how to get back to the house and of course you don’t know the address/location where you are staying. 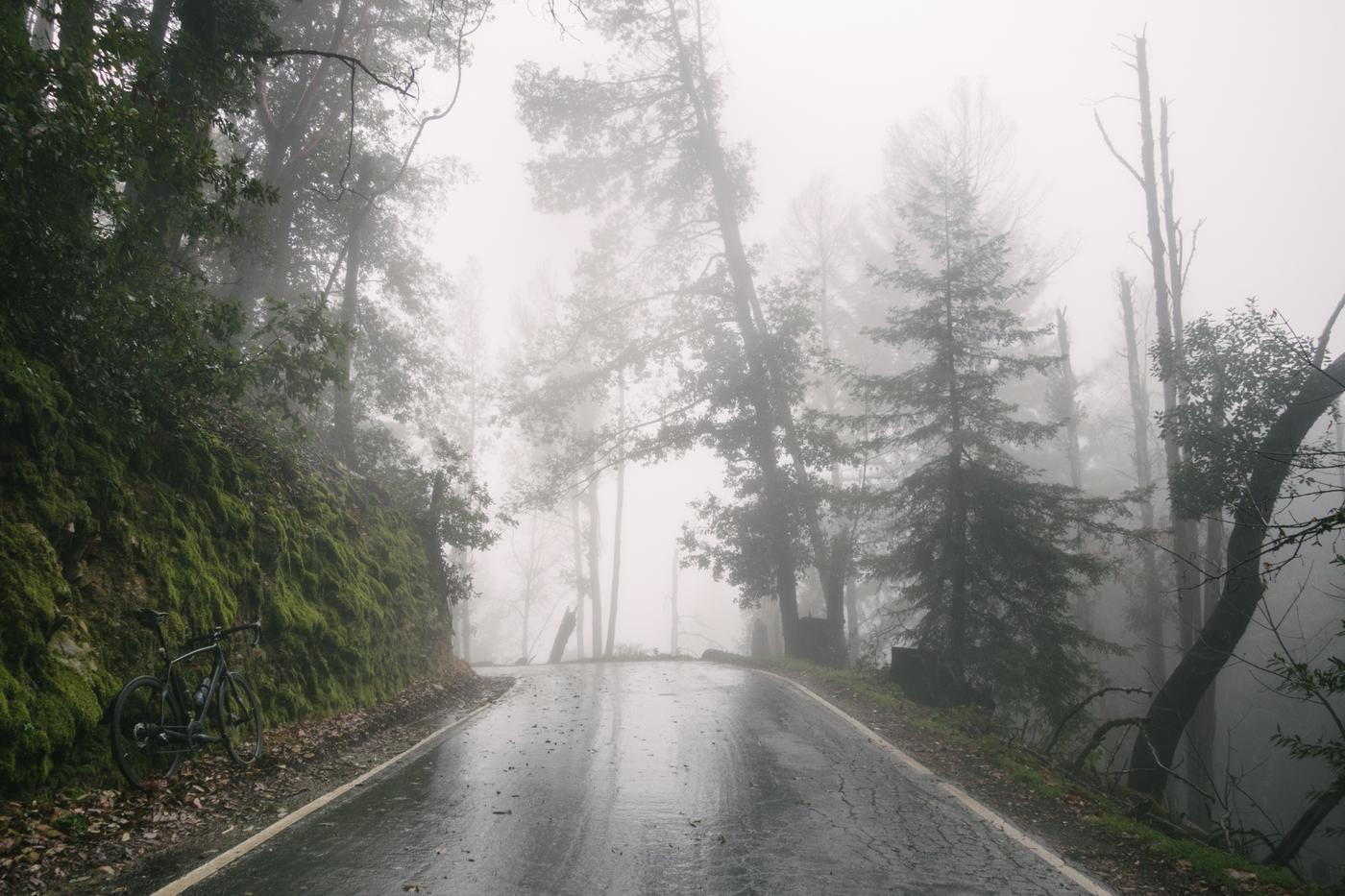 Now, you try to yell for someone to stop but by yelling you risk exploding in your pants. You feebly yell out “guys…Ty…Ryan…dudes” and you’re not sure if anyone stopped. You really hope they stopped but it really doesn’t matter anymore. Staying with the group or getting lost are now secondary priorities. Your best option (with very little time before blastoff) is to hide on the side of someones house. You now have bib shorts below your knees and are shitting in someones side yard.

You are pretty much naked, in a residential neighborhood, on a strangers property, in a panic and doing something horrible. Usually you would just sacrifice a sock in this situation but there isn’t enough time for that (especially with your rain booties on). While you start to clean up with pine needles/sticks (because all leaves in Santa Cruz are poison oak) a new type of panic takes over and you stare at the back of the house imagining and waiting for the owner to kick the door open, shotgun in hand. You are absolutely sure (in your mind) that this mystery home owner will at any second burst out in shock, where he shoots you dead and you fall to your death…in a pile of your own (watery) feces.

Over in the opposite corner of the yard you see a jungle gym. This person has children! You are an even worse person than you were 15 seconds ago! You now come to terms with the fact that you are headed down the path to becoming a certified sex offender as well. You relive the shotgun fantasy and run it again through your head but now there are children crying in the background too. So you poorly bury your gross mess (still in a panic) and start to run back out to your bike where your layers of clothing are littered on the side of the road.

Then you start to think of the kids. They don’t deserve to to walk into the trap you left. You’ve gotta go back and handle your mess! So now you’re half dressed and looking like a high school wrestler in a unitard and tap dancing shoes, you go back to dig your hole. Your conscience is clean, but your shorts are most definitely not…We all know that feeling, right?

Every part of the trip was great, except for that part. Ty and Ryan were waiting for me with big smiles and laughs (although neither of them would give me a high five?)…I got dressed and I was able to limp my way through the rest of the ride. To be honest I can’t remember the names of most of the spots we rode. It’s sort of a blur now. In my defense I was pretty ill. I do remember lots of amazing/endless dirt roads, fog, trees and switchbacks. 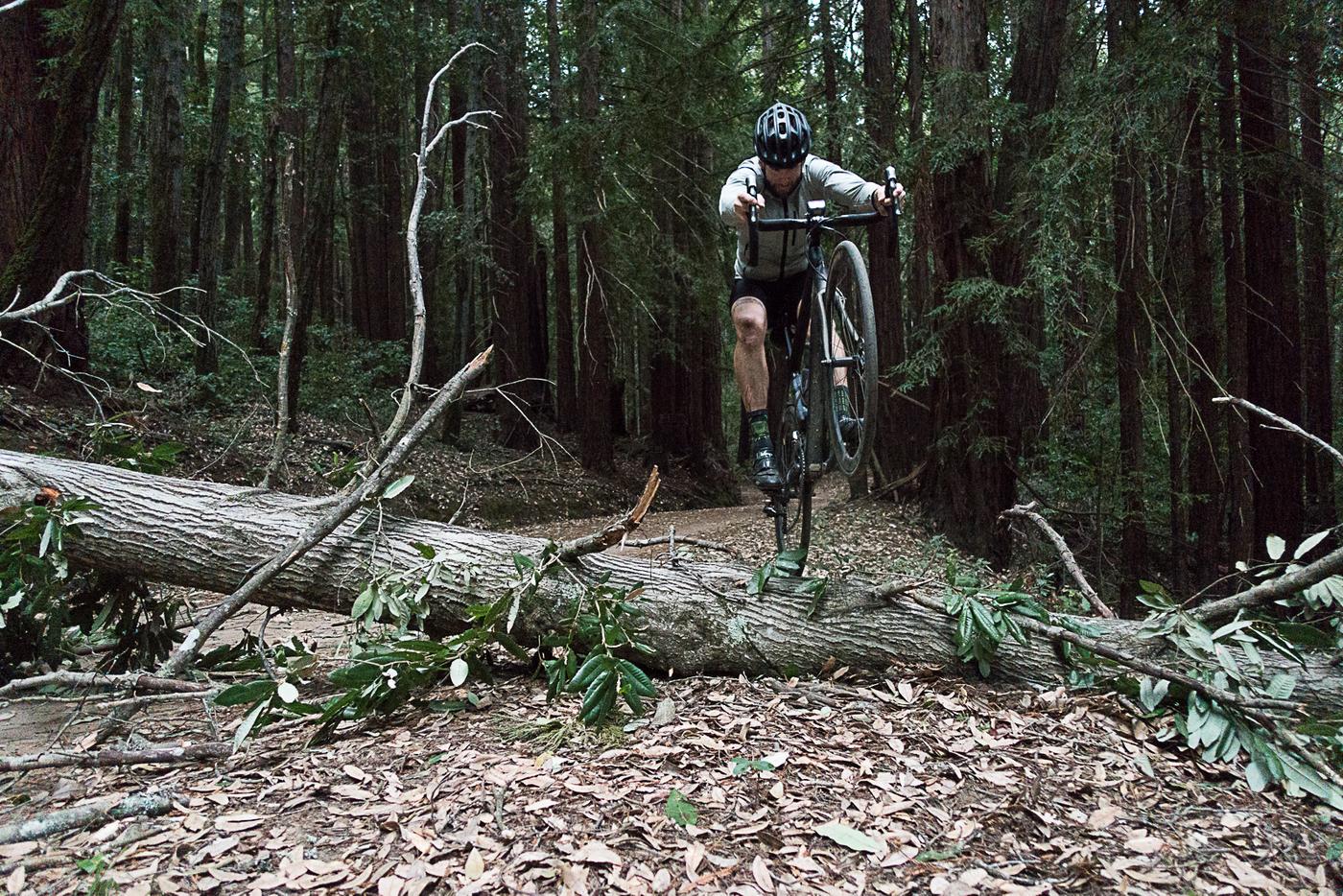 We also rode some really nice bikes, stayed in an awesome house, met some rad people, ate great food and took a few fun photographs. During our second day, we huddled inside of a grocery store about 3/4 of the way through the ride and waited for the rain to let up. Everyone drank coffee except for Ryan and myself (I had hot chocolate and Ryan had 4 muscle building extra recovery blaster protein shakes). 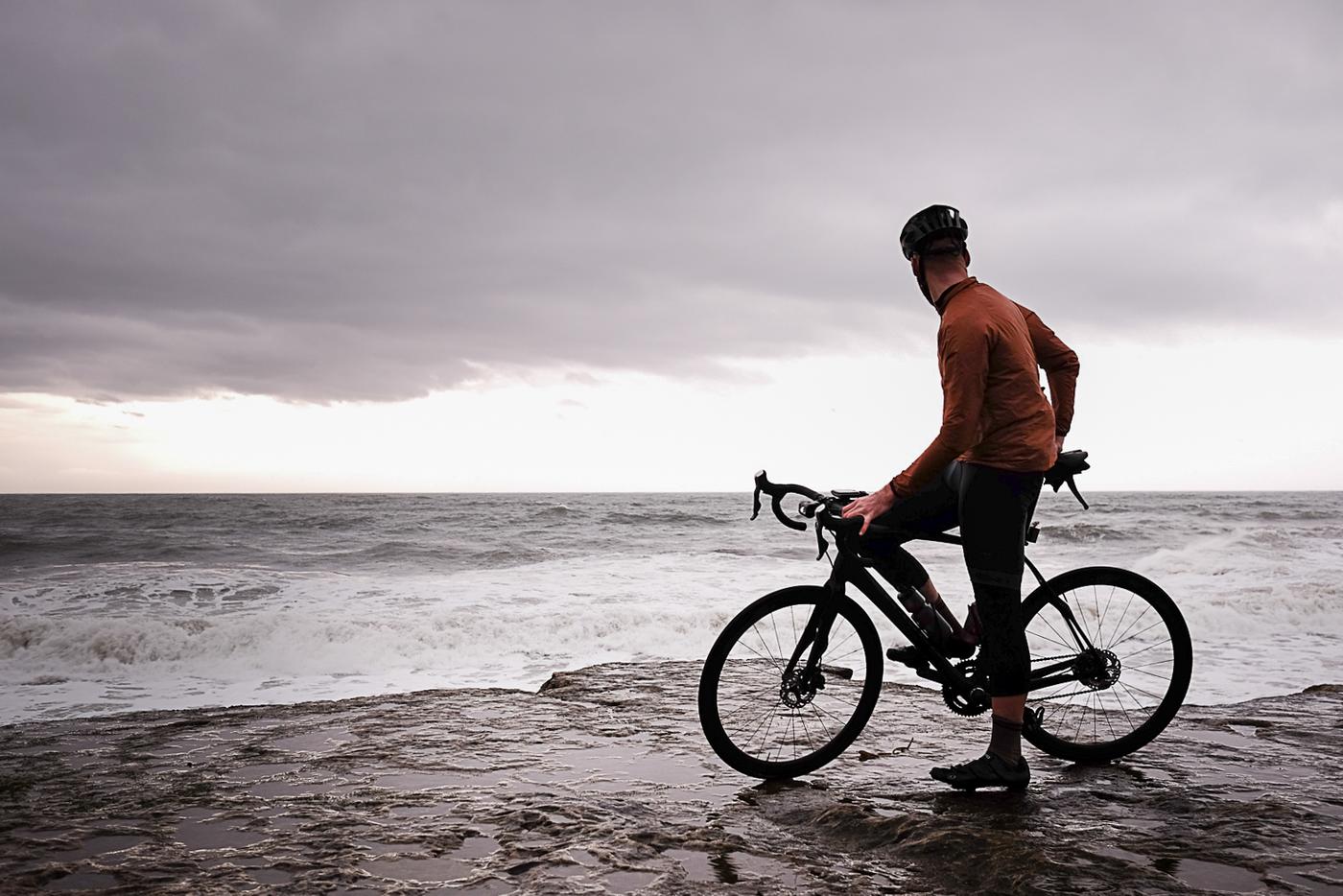 We stood in the deli, flooding it with with water until they basically kicked us out. All together, it was a really great trip and Santa Cruz is quickly becoming one of my favorite places to ride a bicycle. Thanks to Specialized for having us!

p.s. if the person who’s yard was decimated during my unfortunate pit stop happens to be a cyclist and by the slim chance said person happens to read this site, then I would like to offer my sincerest apologies. Please feel free to send any sort of legal paperwork pertaining to this issue directly to Chris Riekert at Specialized bikes… (Thanks Chris :))