As someone who documents all sorts of framebuilder creations, it’s always this sort of bike that gets me every time. There’s something really wonderful about a builder’s personal bike, especially when it’s a byproduct of their own journey as a constructeur. Flashback to last month and the Baphomet Bicycles Shop Visit. I spent the day watching Dillen work, discussing his story – which if you’re just now joining us I suggest you read – and eventually, I began documenting some of the bikes had had in his shop. We saw the “Shreddy Rando” bike, which was a crowd favorite with its pristine presentation, chrome bits, and as we say “dialed” build. Now it’s time for the really good stuff. Bikes with beausage and a story will always tug at my heartstrings and this one is no different. 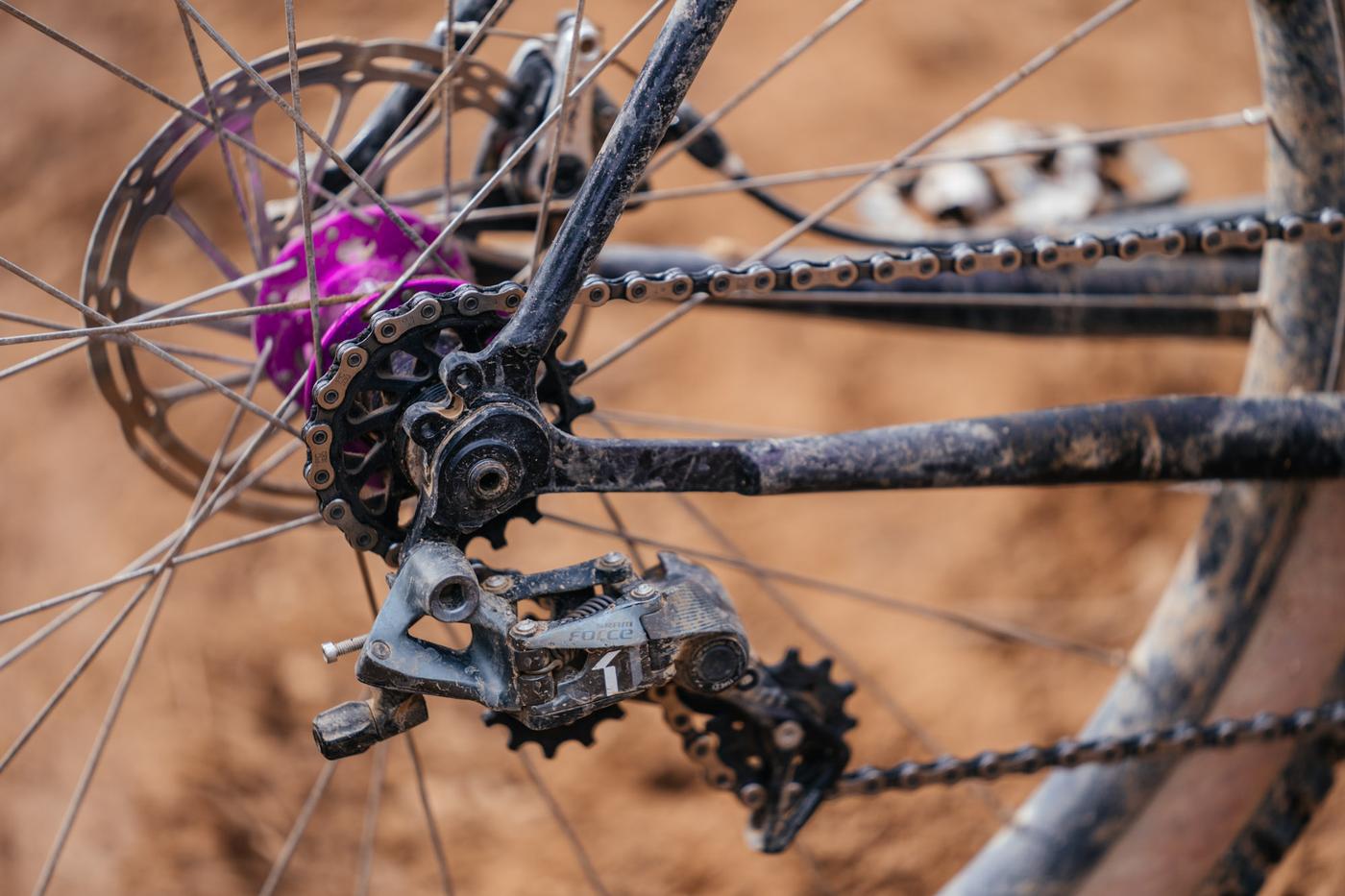 As you can see, this bike has a SRAM derailleur that’s operating as a chain tensioner. It’s also covered in caliché, the sticky, thick mud that literally made for the building blocks of the adobe architecture throughout the Southwest. This is the bike Dillen rides the most. It’s his ride-or-die bike. The bike that he’ll almost always grab to mash around singletrack and dirt roads on. 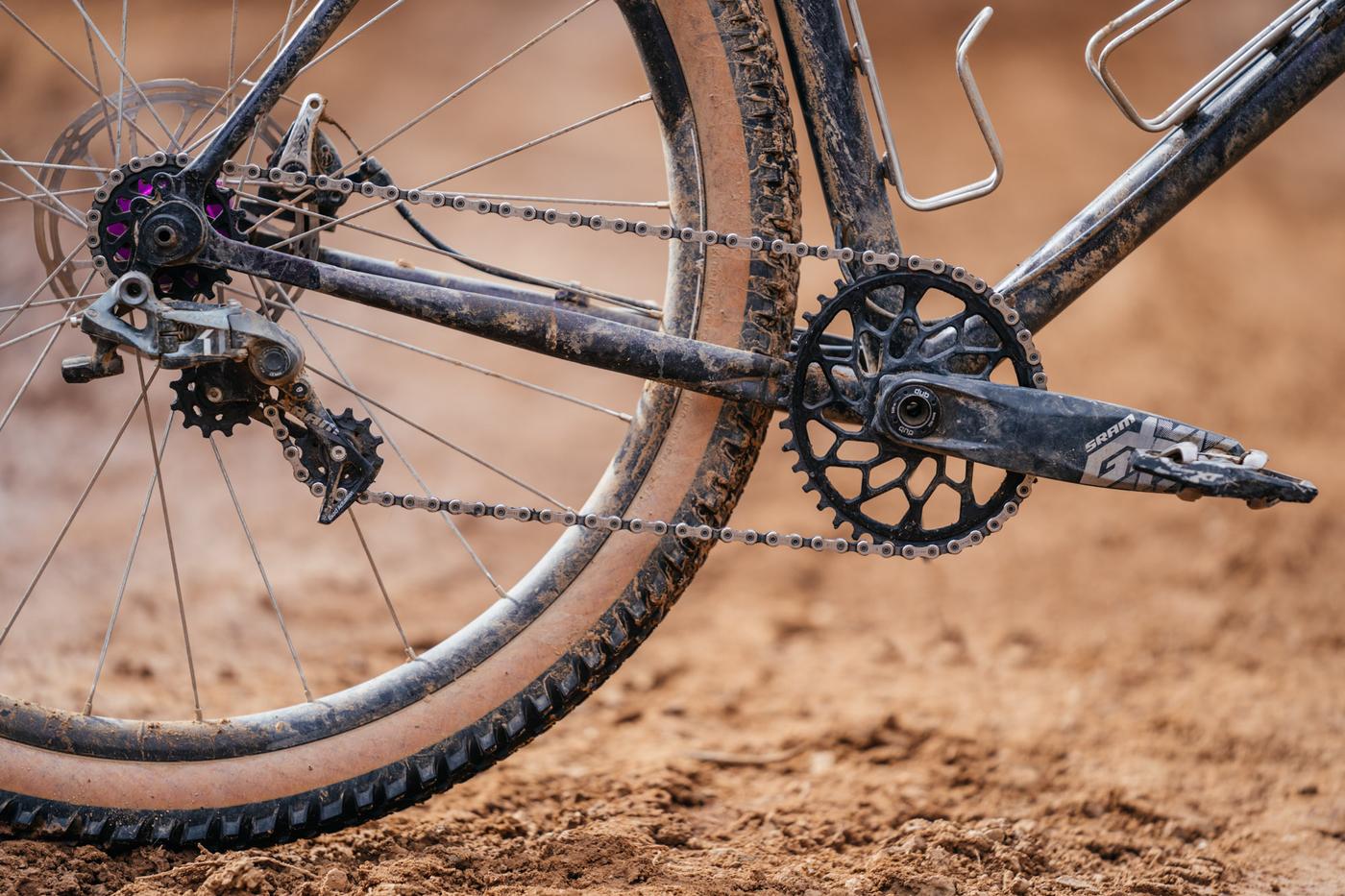 He built it while he was working at Breadwinner Cycles in Portland, under Jacqueline’s watchful eye. At some point there was a discussion about using a standard thru-axle for the dropouts or a Paragon slider/rocker dropout in case Dillen would ever want to run it singlespeed. The decision was made to go with the standard thru-axle dropout and it’s the one thing he regrets about this build. 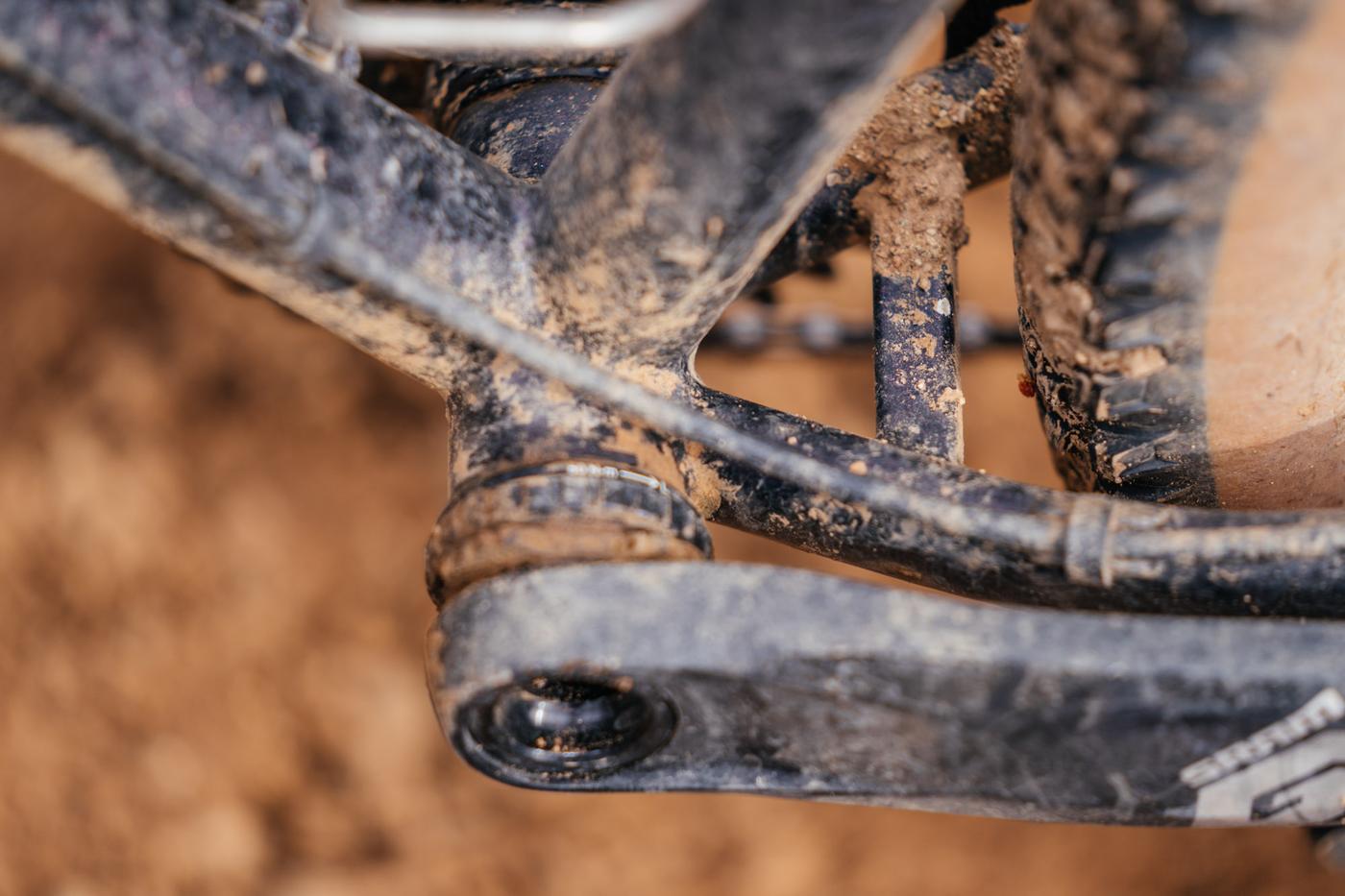 One day, he got a mechanical, and well, things didn’t go as planned. His derailleur broke and Dillen rode home on a magic gear. It was as he pedaled home that he realized the bike really wanted to be a singlespeed. Having converted my all-time favorite hardtail to a singlespeed last year, I too know this feeling. Some bikes just want to be ridden with one gear. 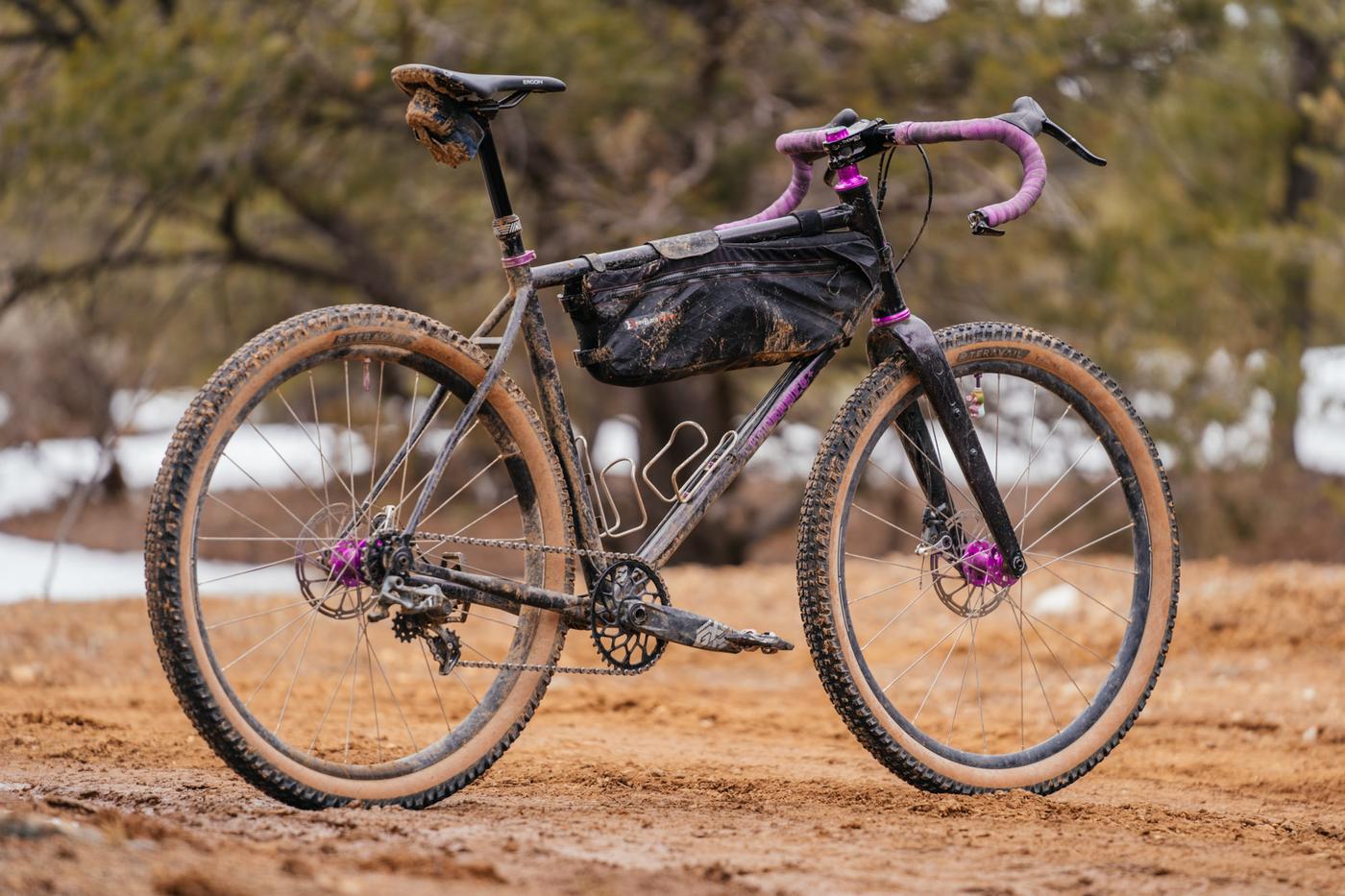 Since he’s on a budget, had already dropped good money on the initial build, had just moved to New Mexico, and was in the throes of getting a framebuilding company off the ground, he said ‘fuck it’ and rode the bike with a single cog and this janky derailleur doing its thing. 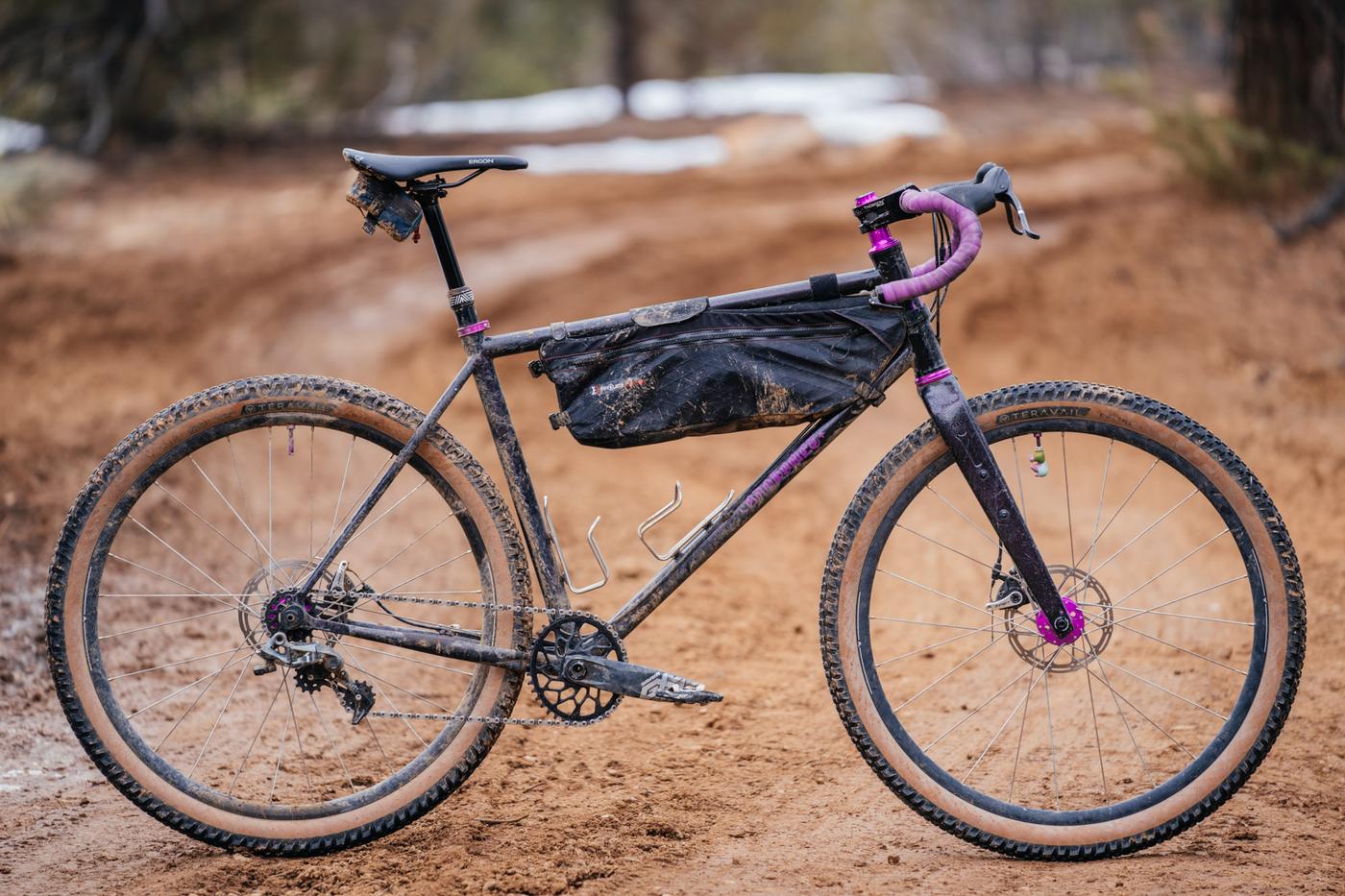 Much like the randonneuring bike, this gravel bike fits a chonk tire, has a slacker than normal front end, and a was designed around a longer top tube and shorter stem. The PNW Components dropper is actuated by the barend lever. Bonus story: that frame bag lived for years on the first bike Dillen ever received from a sponsor for racing UCI ‘cross professionally. Later, he finally decided to give that frame a new home and transferred the frame bag over to the first full bike  he ever built. As you can see it fits perfectly! ;-) This bike has such a presence! 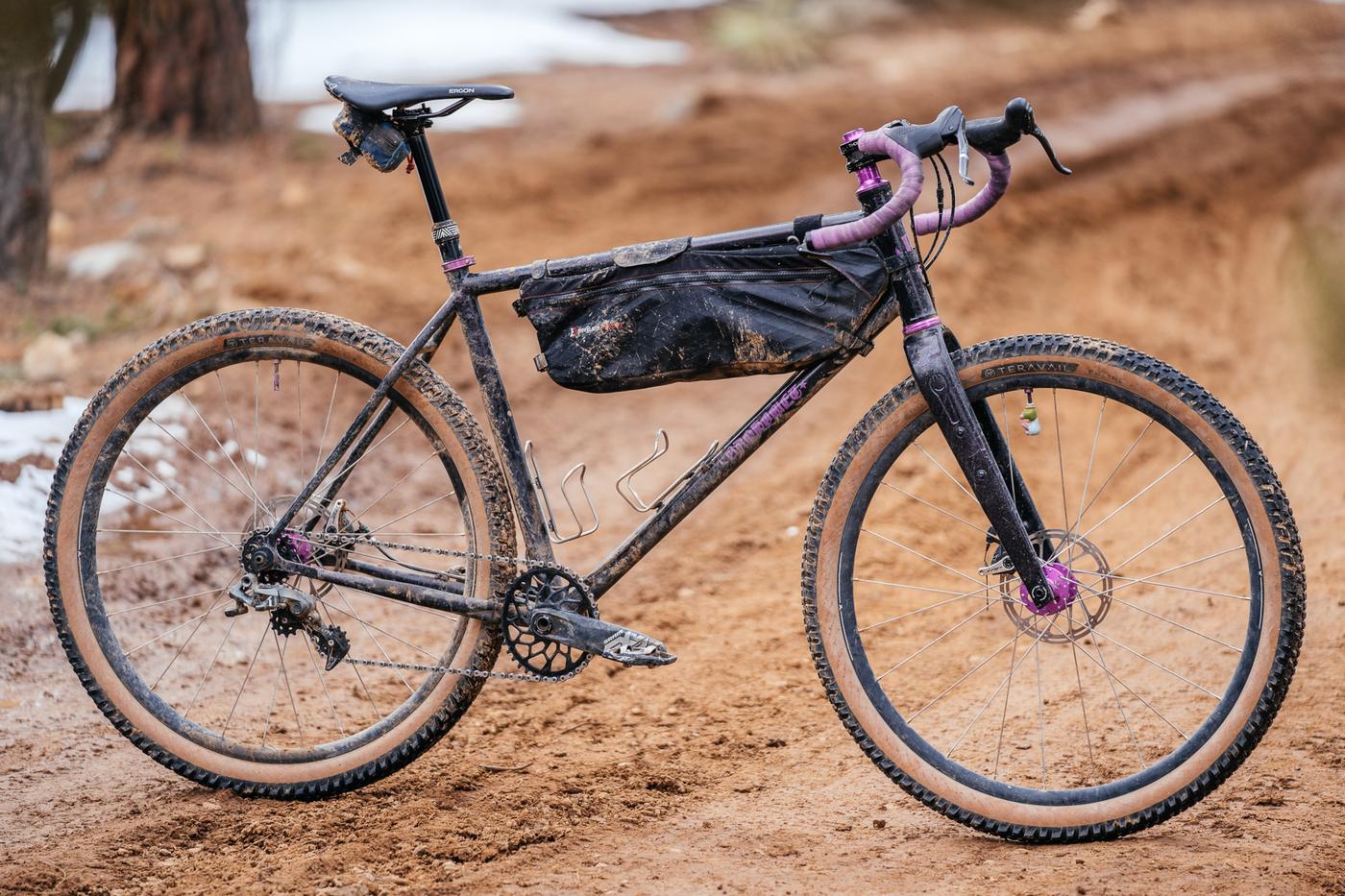 While I love the beauty of the “Shreddy Rando”, I admire the imperfection and utilitarianism of this bike. Every builder has the bike they baby and the bike they abuse on the trails. The latter will always make for a more telling visual history.

We’ve got one more bike in the Baphomet quiver to post but I really wanted to let y’all marinate on this one for a bit.