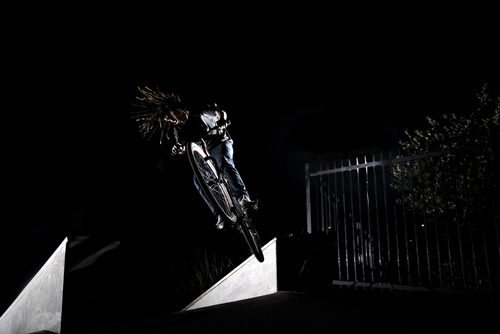 Who gave the Predator a fixed gear? Between Nick’s dreads flying all over and Dave’s flash setup, this photo took me a little bit to figure out what was going on. Night shots seem to be Dave’s fortë. After the bit of controversy over his last photo, Dave’s moved onto more subtle compositions. I’m sure we’ll be seeing more from him and the Fast Pace Zine crew.