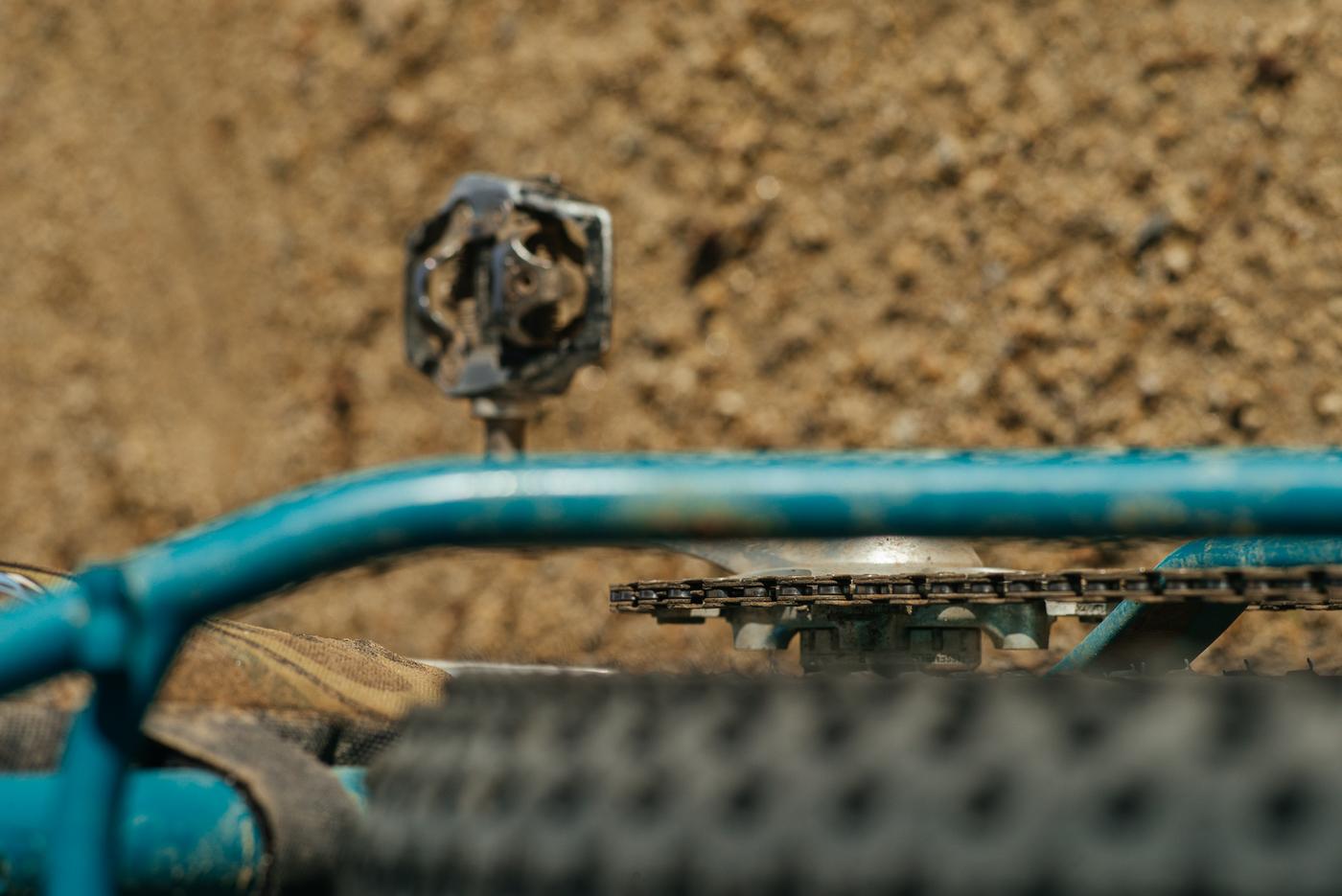 Tumbleweed officially launched last year with their Prospector 27.5+ touring bikes, equipped with Rohloff technology and an Anna Schwinn-designed chainstay yoke. With these two moves, Tumbleweed’s design solved two major issues within the realm of bikepacking: clearance around the bottom bracket cluster and derailleur malfunctions due to mud. Speaking of which, because these bikes utilize a chainstay yoke, Tumbleweed was able to offer about an inch of mud clearance around even a plump 3″ tire. It can even run a 4″ on a 26″ wheel. The chain tension is made possible by a special Phil Wood eccentric bottom bracket, laser-etched with the Tumbleweed logo.

Details abound on the Prospector and they’re hard to grasp online. Even in photos like this. Usually, on steel bikes, the bottom bracket cluster looks cluttered. There are very few well-resolved chainstay and chainring interactions out there. People are oftentimes forced to use 0mm offset rings, resulting in less-than-ideal chainlines and heavily crimped tubing. These bikes are damn impressive and as proven since their inception, are very capable for bikepacking excursions like the Baja Divide. 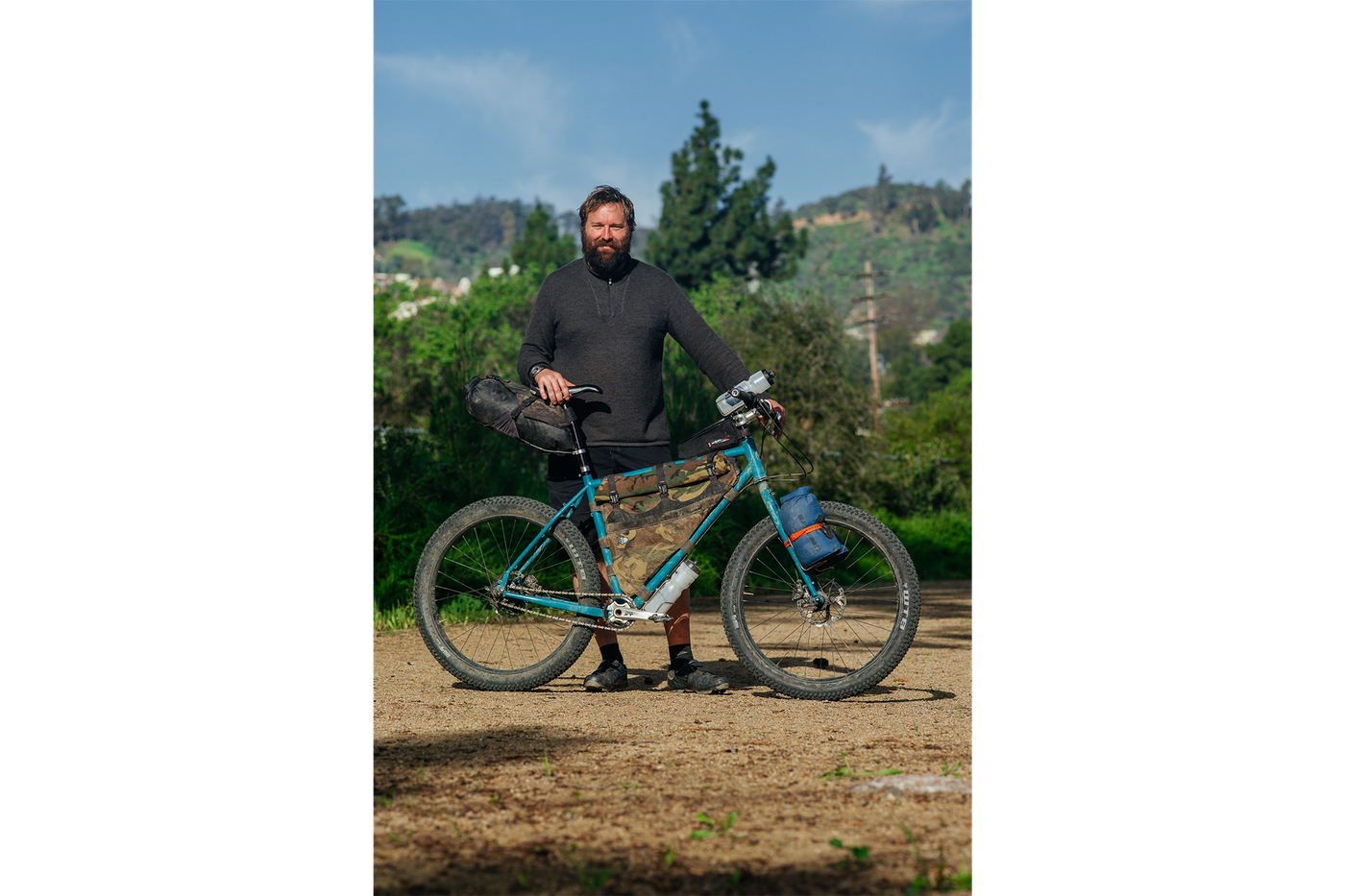 I was fortunate enough to meet Daniel this morning at LA River Camp Coffee and enjoyed rambling on about bike design, the Baja Divide, Toyota trucks, Death Valley and the future of Tumbleweed Bicycle Co. Safe travels, hombre!